50+ World > Entertainment > Biography > Into The Night With Clu Gulager
Biography

Director and actor Clu Gulager died  August 5, 2022 at the age of 93. The former western TV series and movie actor specialized in comedy-horror films in the latter part of his career. 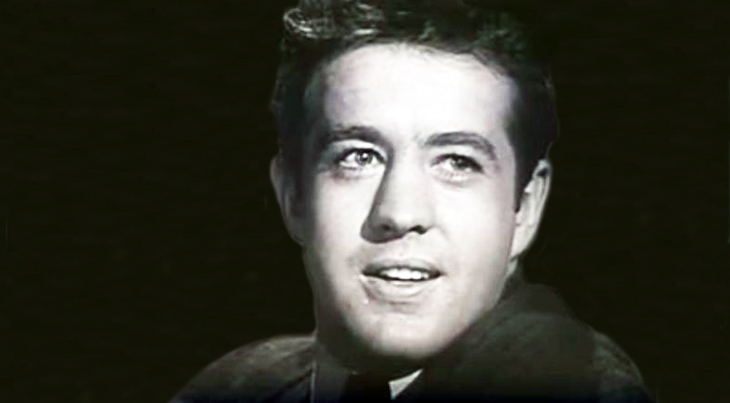 Clu Gulager (nee William Martin Gulager when he was born November 16, 1928) hailed from a long line of entertainers; his father John Gulager had been a Broadway actor, and Clu was a first cousin to cowboy humorist and actor Will Rogers on his father’s side.

Gulager told the Muskogee Phoenix that he grew up in Muskogee, Oklahoma (on his uncle’s farm) and attended Longfellow Elementary School, appearing on stage in elementary school plays.

“When I grew up we used to go to the Broadway Theater and see Gene Autry and Smiley Burnette…They came to the theater to entertain us. I believed them. So, when I grew up, I became a cowboy.”

It was his father John that nicknamed him Clu for the martins (clu-clu birds in Cherokee) that nested by their home when he was born. According to interviewer David Del Valle, Clu’s part Cherokee heritage was courtesy of his paternal ancestor Christian Gulager, who deserted his family and had children with a Cherokee woman back in the 1700s.

Clu told TRUEWEST that he played the French horn in his high school band, and graduated at age 17. Gulager then enlisted and played the French horn for the U.S. Marine Corps band during his 19-month service at Camp Pendleton (1946-1948). He also began acting in plays while in the Marines, and told the Holdenville Tribune that he would go to Hollywood on weekends and study acting with a shoe salesman. When Gulager’s tour was over in 1948 thanks to a Marines early release program, he made use of the G.I. Bill of Rights to attend post-secondary school.

Clu Gulager’s university career began at Northeastern State University in Tahlequah, Oklahoma, but ended at Baylor University in Waco, Texas. He received a BM from Baylor University in 1951. While at Baylor, he met fellow student and singer-actress Miriam Byrd-Nethery (c 1950), and acted with her in a production of One Touch of Venus. Before 1952 was over, Clu Gulager had married Miriam Byrd-Nethery. Baylor Magazine records that both Miriam and Clu Gulager appeared on film in a Baylor production of A Different Drummer directed by Paul Baker (another mentor for Gulager). A Different Drummer was aired on the TV series Omnibus in 1955.

Gulager won a scholarship to study abroad, and went to England, then to France, to be mentored by actor and director Jean Louis Barrault in Paris. He returned to the U.S. and graduated from Baylor University with a BA in 1956.

At Baylor, Miriam and Clu Gulager performed in a stage production of Hamlet, then moved to New York to find work in television. One of Clu’s earliest film acting credits is in an episode of The United States Steel Hour in 1956, co-starring with Barbara Babcock, Paul Newman, and George Peppard (Banacek). He would work again with Newman, co-starring with him in Winning (1969), and with Barbara Babcock 40 years later, in a 1996 episode of Dr. Quinn, Medicine Woman starring Jane Seymour, Joe Lando, and Orson Bean.

During his time in New York, Gulager also worked with actors Richard Boone, Martin Balsam, and John Forsythe in an episode of Goodyear Playhouse (1956).

Miriam and Clu Gulager’s son John Gulager was born in December 1957. When television production shifted from New York to sunny California, Miriam, baby John, and Clu moved back to Oklahoma for a while. Gulager worked day jobs for the Highway Department, at radio stations, and produced plays at a local theatre.

In 1959, Clu travelled to Hollywood to visit his friend Richard Boone, who had moved there and now had a top-ranked TV show, Have Gun Will Travel. A guest-starring role on Have Gun Will Travel was followed by a contract with Universal and a flood of more episodic television work.

In 1959-1960 alone, Clu Gulager appeared in episodes of hit TV series that included many other ascending stars of TV and films:

Billy the Kid on The Tall Man 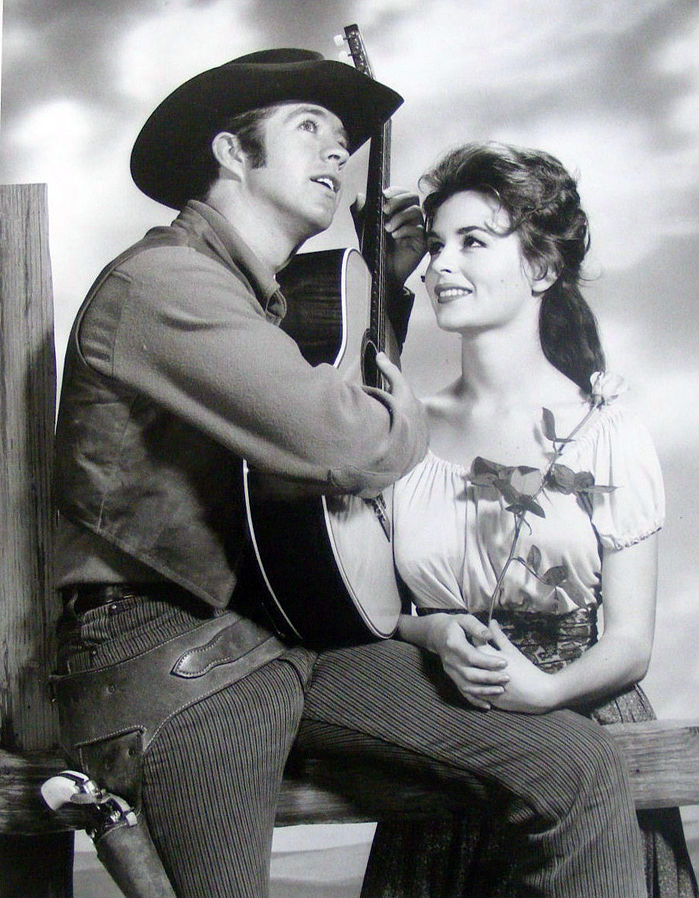 Gulager guest-starred 5 times on the popular baby boomer series Wagon Train between 1959 and 1964, appearing with other guest stars Louise Fletcher, Debra Paget, Henry Darrow, and Robert Fuller. Robert Fuller and Clu Gulager had worked together in a 1959 episode of Laramie, and a life-long friendship was born.

From 1960-1962, Clu Gulager co-starred as Billy the Kid on 75 episodes of the western series The Tall Man, opposite veteran actor Barry Sullivan as Sheriff Pat Garrett. Both future President Ronald Reagan and First Lady Nancy Reagan guest-starred on The Tall Man.

“I got to know Clu very well when I produced The Tall Man. I thought he was a terrific actor. Additionally he became a social friend. However, Clu could be extremely difficult to work with…Ultimately, I came to the conclusion that the more successful Clu became, the more difficult he became. Perhaps, psychologically, he did not want success. His difficult behaviour helped get The Tall Man cancelled.”

The role that baby boomer fans will likely remember Clu Gulager best for, is that of Deputy Sheriff Emmett Ryker on the hugely popular western series The Virginian, starring James Drury and Doug McClure. The Virginian aired for 90 minutes each week, and was the third-longest lived western series, behind Gunsmoke and Bonanza. Gulager had guest-starred on 2 episodes of The Virginian in 1963 as different characters, before becoming a regular cast member of the series from 1964-1968.

“I was broke when I stepped onto The Virginian. I had to ask Frank Price, who ran it, for a job. He fired an actor off the set and hired me. Had I known he had fired someone, I would not have accepted the job.” – Clu Gulager, in True West Magazine

“I added Clu Gulager to The Virginian because I wanted to keep him working and I thought he had a very good chance to develop into a major star.” – Frank Price, True West Magazine

Miriam and Clu Gulager’s youngest son Tom Gulager was born in July 1965, while Clu was still a regular on The Virginian.

Gulager missed the first half of Season 5 of The Virginian due to a financial contract dispute. He returned to the series, but it would be his last season on the popular western. 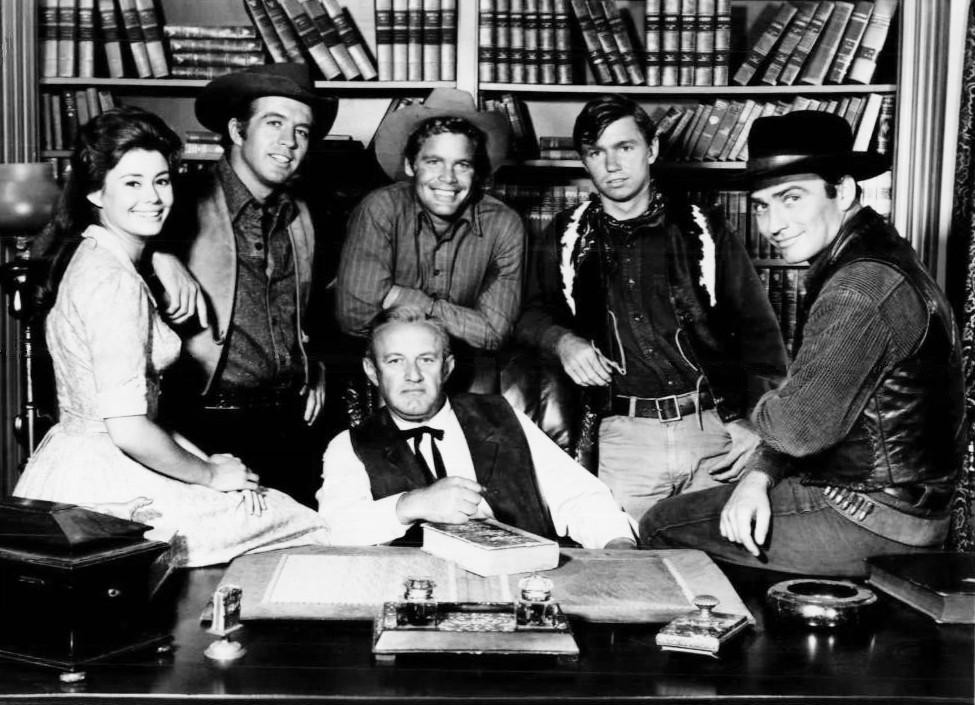 Gulager’s first feature film role was as the hitman Lee, protege of co-star Lee Marvin’s hitman character, in Universal’s The Killers (1964). His co-stars in The Killers are Ronald Reagan, Angie Dickinson, Claude Akins and Norman Fell. 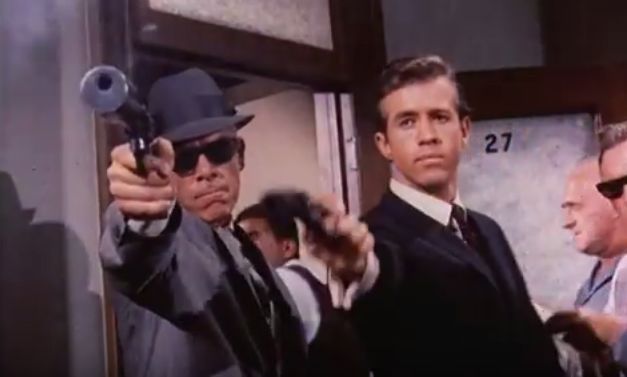 Gulager wrote, directed and produced the short drama A Day with the Boys (1969), with his son John Gulager in the cast. 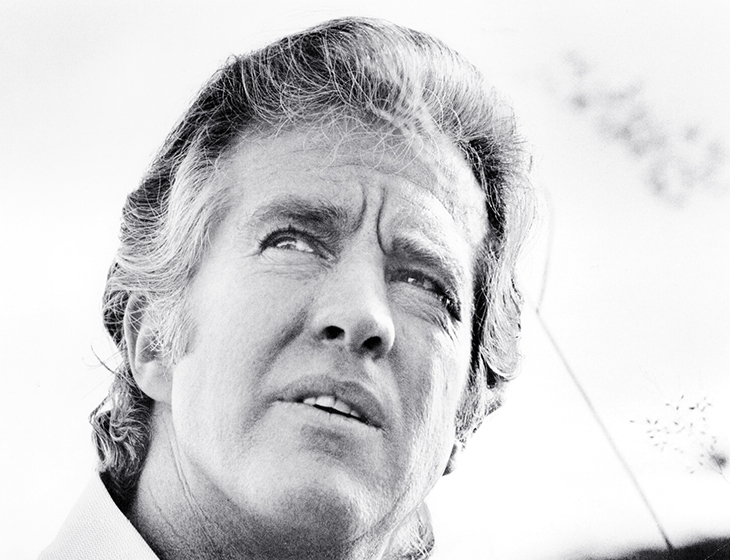 The Last Picture Show & Other Movies

Clu Gulager co-starred in the feature film The Last Picture Show (1971). He co-starred with Timothy Bottoms, Jeff Bridges, Cloris Leachman, and actress Cybill Shepherd, who was involved with the movie’s director Peter Bogdanovich. This made for an uneasy time when filming The Last Picture Show scene where Gulager’s character Abilene has sex with Shepherd’s character Jacy Farrow on a pool table.

Gulager and some of his The Last Picture Show co-stars worked together before or after the movie:

Other notable movies with Clu Gulager: 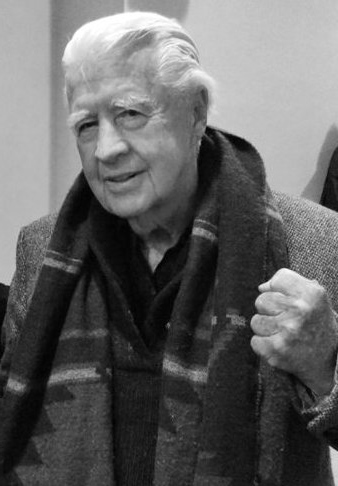 Some of Gulager’s 1980’s episodic television work that baby boomer fans may recall:

Notable feature films, made-for-TV movies and TV miniseries of the 1980’s for Clu Gulager include:

By 1988, Clu and his family had moved back to Oklahoma (with a side stop in Waco, Texas). He focused on independent films, primarily in the horror or horror-comedy genre – often with his sons (Tom and John Gulager), and/or his wife Miriam, such as:

After becoming a septuagenarian in 1998, Clu Gulager’s feature films and shorts almost exclusively involved his wife Miriam and their sons. He came out of retirement again at their request to appear in Gunfighter (1999), a western starring Robert Carradine and Martin Sheen, with both sons Tom Gulager and John Gulager in the cast.  Also in 1999, Robert Carradine, Clu Gulager and John Gulager appeared in the comedy feature film Palmer’s Pick-Up (1999) with Piper Laurie, Rosanna Arquette, and Talia Shire.

Clu’s wife Miriam Byrd-Nethery died in January 2003 at the age of 73, leaving him a widower after over 50 years of marriage. The short drama Vic was filmed before Miriam’s death, but wasn’t released until 2006. Vic stars Clu Gulager, with his son Tom, wife Miriam, and daughter in law Diane Ayala Goldner in co-starring roles; son John served as cinematographer. Also in the cast of Vic are familiar faces Carol Lynley, Gregory Sierra, and Peter Mark Richman.

Still not fully retired, Clu Gulager appeared as a shotgun wielding bartender in Feast (2005), the first of would become a trilogy of horror movies directed by Clu’s son John Gulager. The sequels Feast II (2008) and Feast III (2009) both had Clu and son Tom Gulager in the cast, and were direct-to-video releases.

Clu told True West in 2014 that he was teaching a film acting workshop in Hollywood, and that he was only acting when his son asked him to, and he didn’t consider himself an actor any more. This non-actor managed to appear in 5 more feature films between 2015-2019, notably

Although his role in Once Upon a Time…In Hollywood was minor (Gulager plays a role described as “book store man” in the credits), how fitting that a movie which is a tribute to old Hollywood, would be Gulager’s final movie role.

Clu Gulager has gone into the the night for the last time, but he’s left a a huge legacy of television and film appearances for fans. 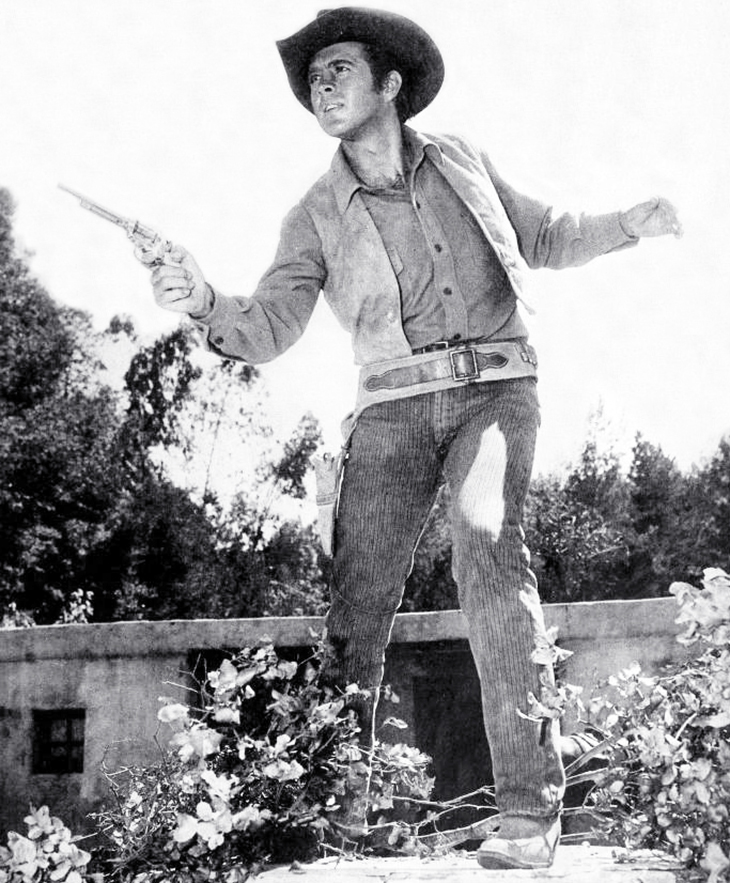 Note: This article was first published in 2016 as Clu Gulager is 88, in two parts. It has been updated with new & additional content.