Q1. Which two actors/characters appeared on Knots Landing during every one of it’s 14 seasons? 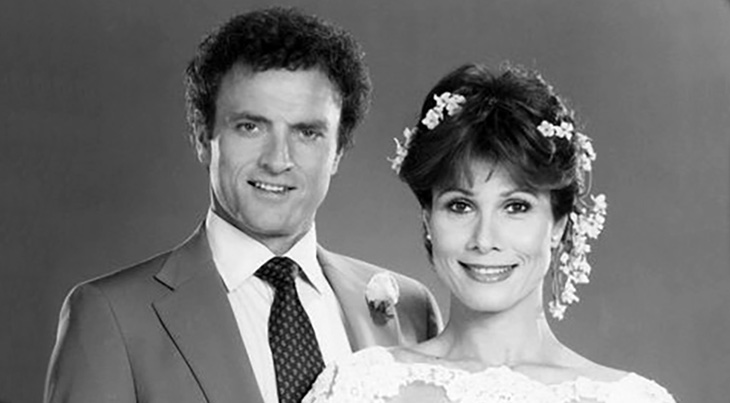 The character of Gary Ewing (actor Ted Shackleford) on Dallas was the alcoholic middle son of the powerful Ewing family. In the Dallas back story, he was married (for a short time) to Valene Clements (actress Joan Van Ark) as teenagers and they had daughter Lucy (actress Charlene Tilton) before divorcing. When Lucy reconnected with Valene, Gary and Valene then reunited as a couple and Gary’s mother bought them their house in Knots Landing.

Below, a scene from Knots Landing with Ted Shackleford, Joan Van Ark, and Charlene Tilton.

The 2005 documentary special Knots Landing Reunion: Together Again, reunited many of the cast members, who shared memories about the show. Today each of the actors that played those characters are now septuagenarian senior citizens, with the exception of Ted Shackleford (age 69), and most of them are still acting (some more frequently/in larger roles, than others). Inside Edition’s reunion promo below gives a teaser with Donna Miklls, Joan Van Ark, and Nicolette Sheridan.

Baby boomer actor Alec Baldwin had his first “breakout” acting role on Knots Landing as preacher Joshua Rush, appearing in 40 episodes between 1984-1986. Soon after he started getting big-screen movie roles. 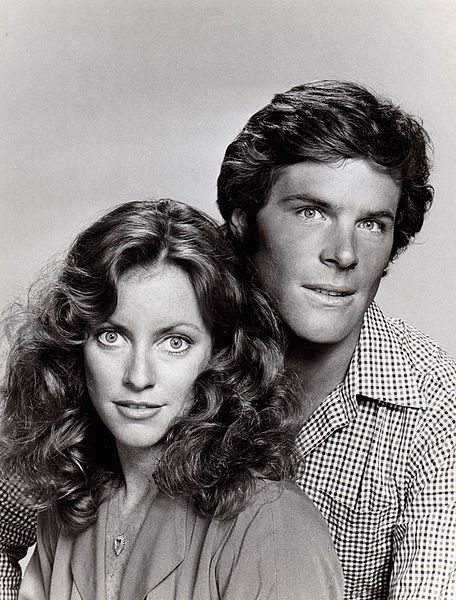 One of the original young cul-de-sac couples – Kenny (James Houghton) and Ginger Ward (Kim Lankford) – exited Knots Landing in the 1983 season. James Houghton retired early from acting and turned to screenwriting after penning some script for Knots Landing. He was a Daytime Emmy Award-winning screenwriter for TV soaps The Young and the Restless from 1991-2006, and The Bold and the Beautiful (2006). Kim Lankford left film acting in 2000 but has recently returned to TV and movie screens in small roles.

Michelle Phillips was better known for her singing as part of the 60’s hippie group, The Mamas & The Papas, and a brief 8-day marriage to actor Dennis Hopper, when she landed the acting job on Knots Landing.

With 344 episodes over 14 years, Knots Landing shone the lime-light on many former and future big-screen and television stars, too many to mention them all here.

A1. Actress Michele Lee (Karen Cooper Fairgate MacKenzie) was in all 344 episodes of Knots Landing, followed closely by actor Ted Shackelford (Gary Ewing), who appeared in 336 episodes during the show’s 14 year run.

A2. The short answer is: Gary and Valene Ewing were the only original Seaview Circle cul-de-sac couple that were in the very first and very last episode.

Gary and Valene Ewing, Sid (played by Don Murray) and Karen Fairgate, Richard and Laura Avery (played by John Pleshette and Constance McCashin), and Kenny and Ginger Ward (played by James Houghton and Kim Lankford) were the 4 couples living in the cul-de-sac in the first episode of the first season.