Singer-actor Jerry Douglas, a long-time star of the daytime television soap opera The Young and the Restless – playing patriarch John Abbott from 1981-2016 – has died at the age of 88. His career spanned 6 decades, during which time he worked with some of the biggest names in movies and TV. 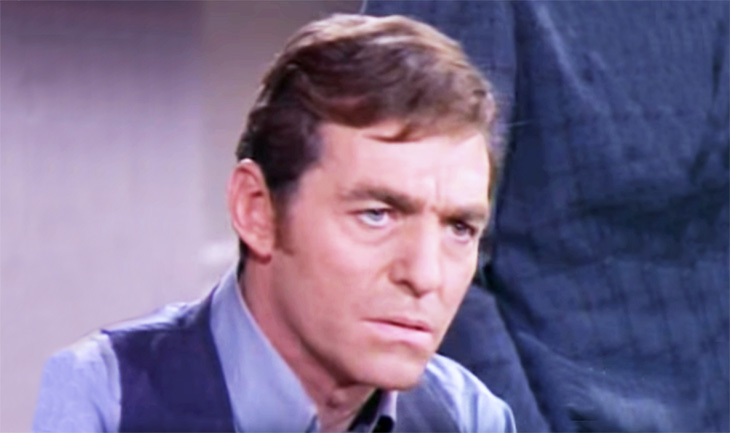 Young and Restless In the Beginning

Nee Gerald Rubenstein when he was born on November 12, 1932 in Chelsea, Massachusetts (U.S.), Jerry Douglas attended Brandeis University in Massachusetts on a football scholarship. After earning a degree in economics, he moved to New York and began law school. Douglas dropped out of law school to audition for acting jobs. His first film credit is for an episode of the TV series This Is The Life (1952).

Frustrated by a lack of training and work as an actor, Jerry moved to California in 1962 and began taking acting classes at night, while working in insurance sales during the day. He married singer-actress Arlene Martel (nee Arlene Sax) in California that same year. Arlene’s 4 year old son Shane Palmer, from her first marriage, was joined by their daughter Avra Douglas, born in October 1963; followed by son Jodaman Douglas (now known professionally as Jod Kaftan) born in August 1969.

Years later, Jod Kaftan described his parent’s first impressions upon meeting each other:

“My parents met in a West Hollywood bar called the Raincheck. They were both actors in need of com­pany. When I asked my dad what he thought when he first saw my mom, he said, she was a pretty looking broad with a terrific figure, exotic. When I asked my mom, she said she thought he was fairly handsome and would be a good provider.”

Jerry Douglas had by this time hired an agent, and he began to find steady work on television and in the occasional movie. In the 1960’s he appeared on popular baby boomer TV series such as Gunsmoke and Bonanza, and worked with familiar faces in other shows too:

Jerry Douglas and actor George Hamilton were co-stars in the 1975 TV thriller The Dead Don’t Die, along with Joan Blondell and Ray Milland. Previously they’d guest-starred in episodes of TV series such as The Rogues, in an episode starring Ida Lupino and Charles Boyer. In an episode of Bob Hope Presents the Chrysler Theatre, their fellow guest stars included Margaret O’Brien, Carroll O’Connor (All in the Family), Dick Wilson (Bewitched), Jack Weston, and Don Marshall. Douglas also guest-starred on Don Marshall’s series Land of the Giants in 1969, with Gary Conway and Don Matheson.

From the 1970’s through the early 1980’s, keen-eyed fans might have noticed Jerry Douglas in episodes of popular television series such as Mission: Impossible , as well as

In addition to his episodic TV work during this era, Jerry Douglas also had parts in these feature films and TV movies:

In the biographical feature film Mommie Dearest (1981) starring Faye Dunaway as Joan Crawford, Jerry Douglas had another bit part. The film’s co-star Steve Forrest had worked with Douglas before, when they both appeared on an an episode of S.W.A.T. in 1975, with Mark Shera.

As he entered his 50+ years in 1982, Jerry Douglas had a busy year professionally. He was in the TV movie A Wedding on Walton’s Mountain (1982) with Ralph Waite, Richard Gilliland (Operation Petticoat), Joanna Kerns (Growing Pains), and Ellen Corby.  Douglas also guest-starred in The Greatest American Hero, starring William Katt, Connie Sellecca, and Robert Culp, who he knew from a Police Story episode in the 1970’s.

His personal life was on the rocky side; Douglas and his wife Arlene Martel had separated in 1973 and she’d moved to Carmel with their children. They were divorced by the time Arlene remarried in 1980. Arlene Martel divorced again, and died in August 2014 at the age of 78, of complications from a heart attack.

The Young and The Restless

In September 1983, Douglas met 26-years-younger TV host Kymberly Bankier when they were participating in The Jerry Lewis Muscular Dystrophy Telethon. Jerry Douglas and Kymberley Bankier got married in April 1986 and had son Hunter Douglas in 1997.

With a happier home life, his professional life picked up as well. In 1982, Jerry Douglas landed the role of patriarch John Abbott on daytime soap opera The Young and The Restless. He has continued as a regular or recurring cast member on The Young and the Restless for over 30 years. 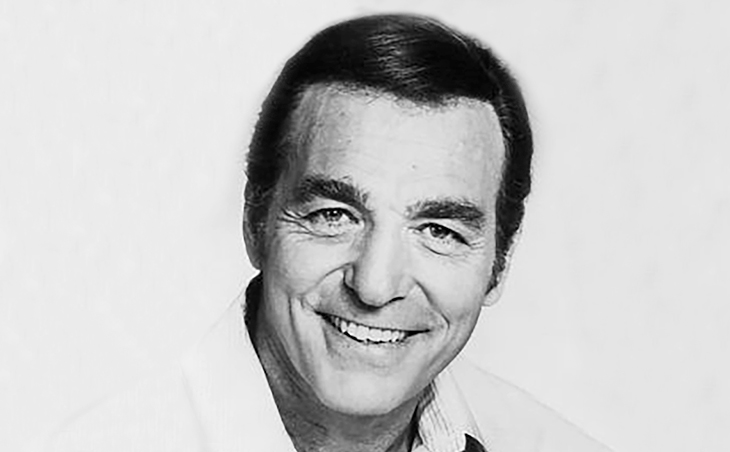 Douglas was briefly written out of The Young and the Restless around 2008, but was brought back frequently as either the ghost of John Abbot, or the different character of Alistair Wallingford.

Some of the other The Young and the Restless co-stars that Jerry Douglas worked with before, during, and after his time on the popular soap opera included:

Jerry Douglas was officially a senior citizen when he became a father for the third time, to son Hunter Douglas with wife Kymberly.

Baby boomer and senior fans of Jerry Douglas could see him on television in the TV movie The Christmas Wish (1998) with Debbie Reynolds, and Michael Fairman; and as Mr. Damarr in 2 episodes of Melrose Place in 1999. On Melrose Place, his other guest co-stars included veteran actors J. Kenneth Campbell, Julie Adams, and James Darren.

Douglas recorded and released a CD of jazz standards in 2007 and toured the U.S. and Canada. He could be seen onscreen more recently in the comedy feature film Silent But Deadly (2012). Silent But Deadly co-starred Dawn Wells and Martin Kove, and reunited Douglas with actress Lee Meriwether, whom he had first worked with in Barnaby Jones in 1973, 39 years earlier.

Grandfather Jerry Douglas and his wife Kymberly Douglas celebrated their 35th wedding anniversary in April 2021. Douglas died on November 9, 2021, 3 days before his 89th birthday. He’ll remain forever young in our hearts, but his spirit is no longer restless.

Note: This article was first published in 2016 as Celebrating Seniors – Jerry Douglas Turns 84. It has been updated with new & additional content.