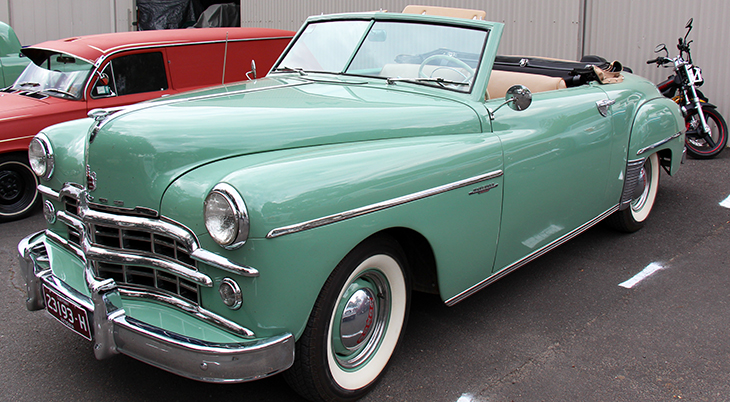 Although the Chrysler production line continued to churn out Dodge Wayfarers during 1950, 1951 & 1952, competition and a strike contributed to the demise of the Wayfarer automobiles. Production of all Wayfarers ended in 1952, with Dodge’s Meadowbrook Special replacing the Wayfarers.

Lovesick Blues was an instant hit after it was released in February 1949, assured his debut on the Grand Ole Opry, and became Hank Williams’ signature song. It stayed at #1 on Billboard’s Country & Western Charts for 16 weeks and was recognized by the magazine as the #1 C&W record of 1949. Lovesick Blues has since been performed by other artists such as George Strait and Sonny James, but it’s Hank Williams who will be forever associated with it.

Despite never learning to read music, Hank Williams played guitar and has been acknowledged as the King of Country Music. Born Hiram Williams on Sept. 17, 1923, he changed his name to Hank in 1937 and won first prize when he sang his first original song WPA Blues at an Alabama talent show. By the time he began touring with the Louisiana Hayride, Hank Williams was married and battling alcoholism. Before Lovesick Blues hit the charts in February 1949, he’d had hits with his original songs Honky Tonkin’ (1948) and Move It on Over (1947). 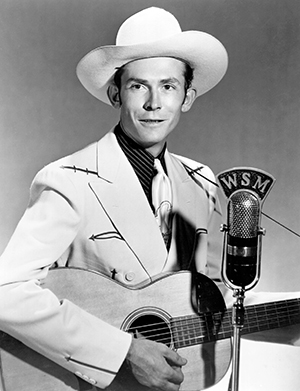 In the three short years After Lovesick Blues was released Hank Williams placed over 25 more songs on the Top Ten Country Music charts – Hey, Good Lookin’, Jambalaya (On the Bayou), and Your Cheatin’ Heart were among his many #1 songs. Artists such as Linda Ronstadt, Ray Charles, George Thorogood, Patsy Cline, Frankie Laine, and many others, have covered songs written by Hank Williams. Hank Williams died at the age of 29 in the back seat of his automobile while being driven to a concert in the early hours of January 1, 1953.

A Letter to Three Wives

The black & white hit romantic drama movie A Letter to Three Wives (1949) was released in February 1949 and instantly garnered critical acclaim along with box office success. 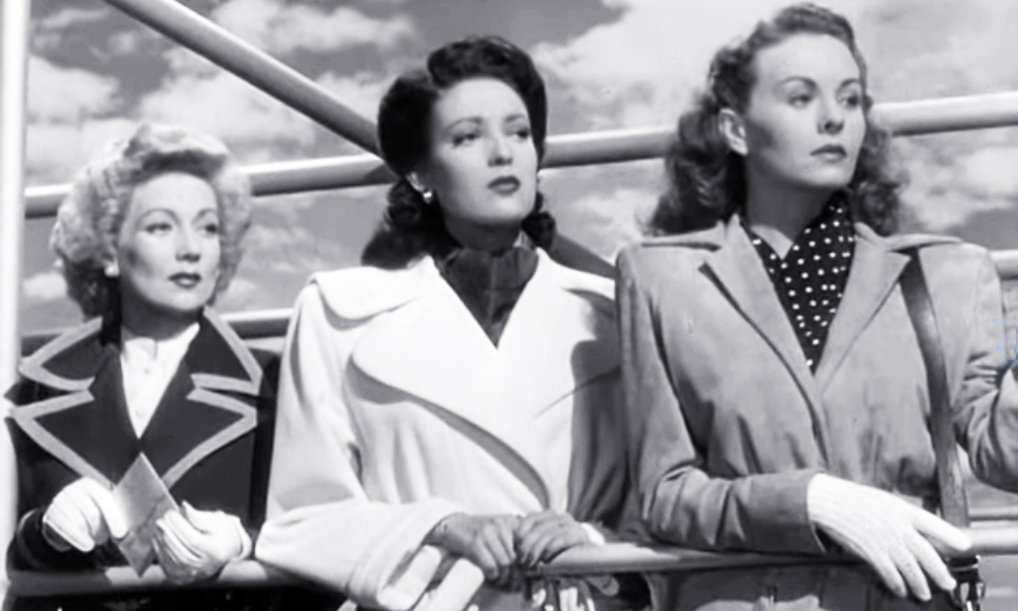 The character of Addie Ross is voiced by Celeste Holm, but the character is never seen in the film (except from the back in one scene).

The 1985 TV movie remake of A Letter to Three Wives stars Loni Anderson & Ben Gazzara as the Holloways, Michele Lee & Michael Gross as the Phipps’, and Stephanie Zimbalist and Charles Frank as the Bishops. Ann Sothern from the original movie, plays Lora Mae’s mother.