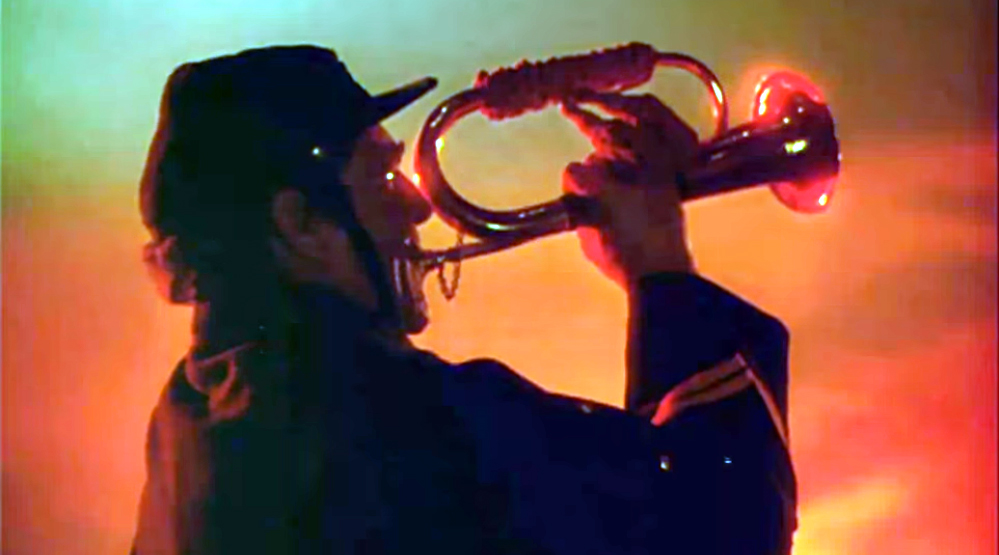 Filmed in picturesque Monument Valley on the Arizona-Utah border, cinematographer Winton Hoch won the Academy Award for Best Cinematography, Color for his work on the movie.

In She Wore a Yellow Ribbon, U.S. Cavalry Captain Nathan Brittles (John Wayne) is charged with settling an Indian reservation breakout while avoiding a war, following the Battle of the Little Big Horn where George Armstrong Custer was defeated. Simultaneously, Brittles has to put his commanding officer’s wife (Mildred Natwick of Snoop Sisters) and niece (Joanne Dru, playing Olivia) on a stagecoach east.

John Wayne was nominated for a 1949 Best Actor Oscar for his performance in Sands of Iwo Jima (1949), which may be the reason he wasn’t nominated for his stirring acting in She Wore a Yellow Ribbon that same year. In any event, John Wayne lost the Academy Award to Broderick Crawford, for All the King’s Men (1949).

In 1949, Communist Party Chairman Mao Zedong declared October 1st as National Day for the newly formed People’s Republic of China (PRC), during a celebration at the Tiananmen Square Gate.

October 1st was also declared as National Day for the new Republic of China on Taiwan (ROC).

Pop singer Frankie Laine topped the song charts in October and November 1949 with his hit single That Lucky Old Sun. Lyrics by Haven Gillespie were set to music by Beasley Smith, and the same year that Frankie Laine released his recording of it, so did Vaughn Monroe & His Orchestra, Louis Armstrong, and Frank Sinatra. It was Frankie Laine’s version, however, that triumphed on Billboard and other charts, for the longest period of time (22 weeks in all on the chart).

This audio version of Frankie Laine singing That Lucky Old Sun is c. 1957, backed by Paul Weston & His Orchestra.

Hit Parade Hall of Famer Frankie Laine (nee Francesco Paolo LoVecchio, Mar. 30, 1913) was in the middle of a very long career as a pop/ballad singer when That Lucky Old Sun hit the charts.

Although That Lucky Old Sun was Frankie Laine’s 5th gold record, it was the first of his collaborations with Mitch Miller. It took Laine himself to knock That Lucky Old Sun out of the #1 spot on the charts, with what would become his signature hit song Mule Train (1949), followed by his third consecutive #1 hit, The Cry of the Wild Goose (1950).

Laine went on to recording successes with theme songs for TV shows (Rawhide; The Misadventures of Sheriff Lobo), movie soundtracks, and pop charts in the U.S. and the U.K. (That’s My Desire; I Believe). His duet partners included Doris Day (Sugarbush, 1952), Jo Stafford (Hey Good Lookin’, 1951), and Johnnie Ray (Up Above My Head, 1957). 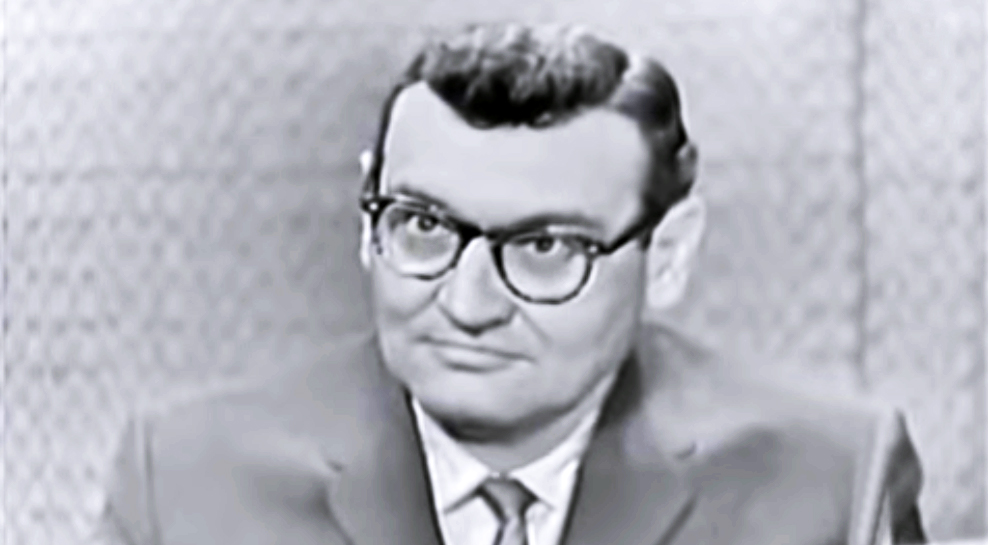 His record chart success parlayed into time onscreen in movies and on TV; he even hosted his own series, Frankie Laine Time (1955-1956).

His most memorable film was a smaller role in the musical Meet Me in Las Vegas (1956) starring Dan Dailey, Cyd Charisse, Agnes Moorehead, Jim Backus, Cara Williams, and George Chakiris.

Frankie Laine was 93 when he died of heart failure in February 2007.