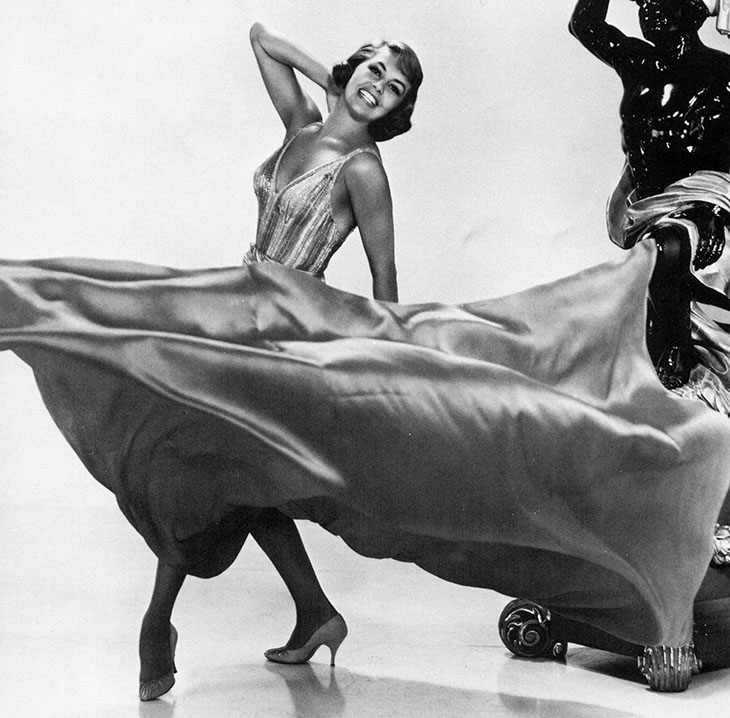 The beautiful Cyd Charisse was born Tula Ellice Finklea in Texas born 93 years ago today (b. March 8, 1922 – d. June 17, 2008). Cyd Charisse overcame a slight case of childhood polio to become known for her superb dancing on stage and in movies. 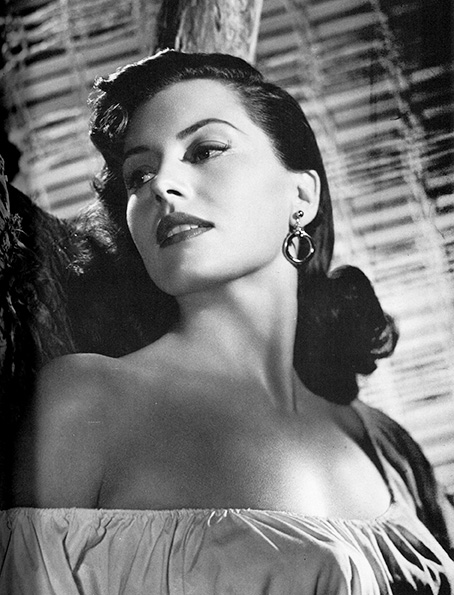 At age 6 Cyd Charisse began dancing ballet to assist with recovery from polio; by age 14 she was dancing in the Ballet Russe de Monte Carlo on a European tour. In 1939, 17 year old Cyd was on tour with the ballet company in Europe when World War II began; she and fellow dancer Nico Charisse (17 years her senior) went to Paris, where they married on August 12, 1939.

Nico and Cyd Charisse settled in Los Angeles and son Nicky Charisse was born there in 1942 (they divorced in 1947).

A year later Cyd Charisse was offered her first movie role in Something to Shout About, and she became the MGM (Metro-Goldwyn-Mayer) ballet dancer in residence.

Her first featured film role was with Fred Astaire and Lucille Ball in 1946’s Ziegfield Follies.

Some other featured roles, co-stars, and movies in the mid-1940’s films for Cyd Charisse included two movies with Margaret O’Brien – Three Wise Fools (1946), and The Unfinished Dance (1947).

That same year, The Harvey Girls (1946) featured Till the Clouds Roll By co-stars Cyd Charisse, Judy Garland, and Angela Lansbury, along with Ray Bolger.

Ricardo Montalban and Cyd Charisse would work together several more times in movies and on TV: 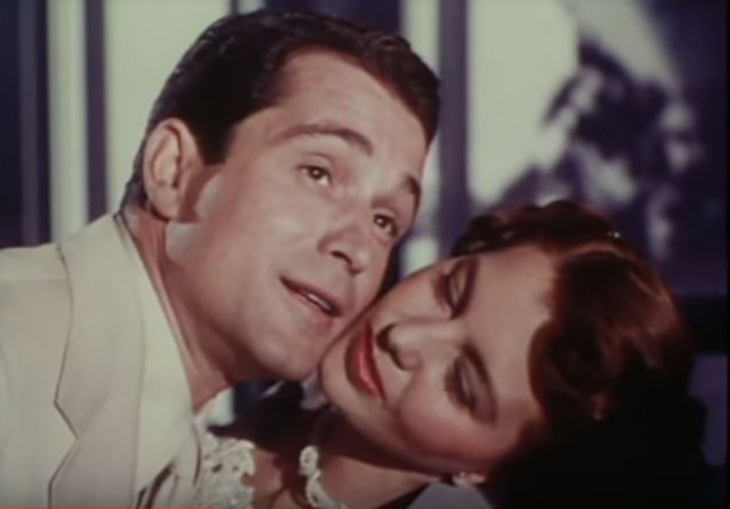 In addition to being co-stars in Words and Music and Singin’ in the Rain, Cyd Charisse was paired onscreen with Gene Kelly again in 3 more films: 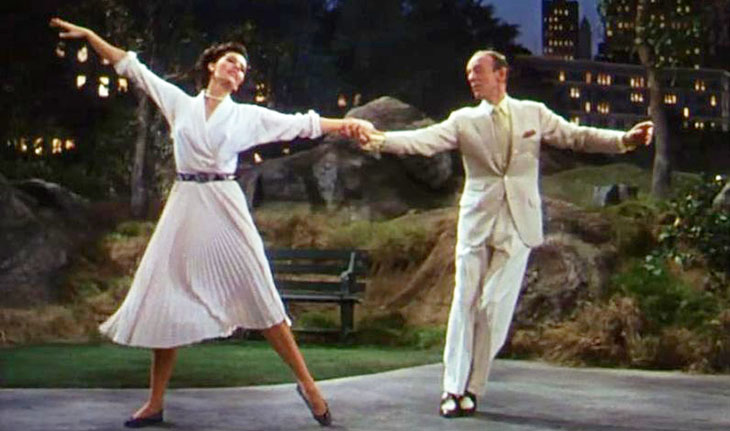 Cyd Charisse married her Till The Clouds Roll by co-star, singer Tony Martin in 1948 and their son Tony Martin Jr. was born in 1950. 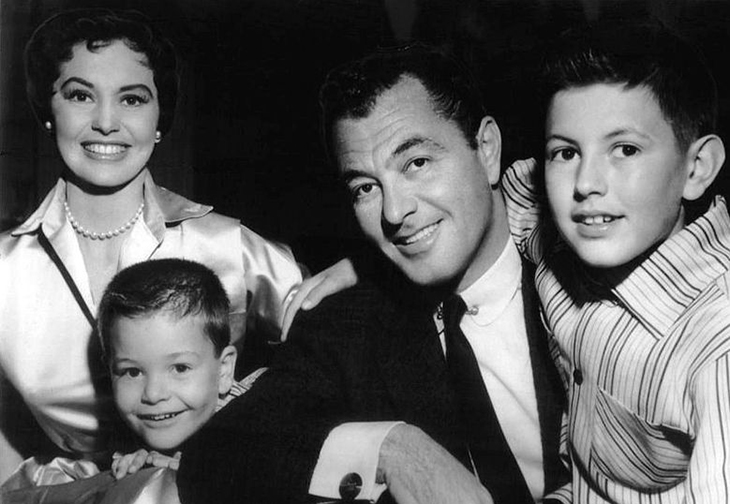 By the late 1950’s the movie roles for Cyd Charisse were dwindling. She co-starred with Rock Hudson in Twilight For The Gods (1958); and in Party Girl (1958) with Robert Taylor and Lee J. Cobb.

Below – Cyd Charisse in a video dance clip from Party Girl (1958), one of the last movies she danced in.

Cyd Charisse retired from dancing in the movies in 1959, although she did continue to act. She appeared in several 1960’s movies, notably: 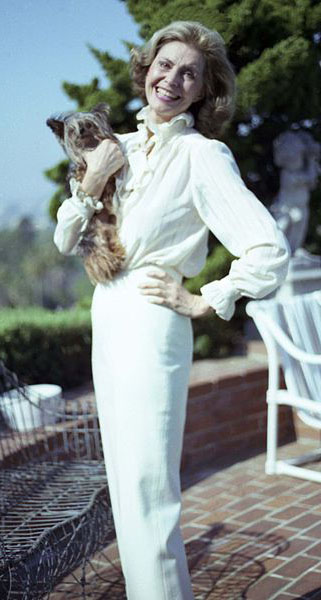 During the 1970’s and her 50-plus years, Cyd Charisse kept busy with small roles in movies and the occasional appearance on TV. Baby boomer and seniors fans may remember seeing her in guest-starring gigs on popular 1970’s and 1980’s TV series such as Hawaii Five-O, The Love Boat, and Medical Center, in an episode with Joseph Campanella.

She was reunited with her Till the Clouds Roll By (1946) co-star Angela Lansbury almost 40 years later, when she guest-starred on Lansbury’s series Murder She Wrote in 1985.

An active, fit senior herself, at age 68 Cyd Charisse produced the Easy Energy Shape Up exercise video for seniors.

Charisse topped that in her seventies, with a Broadway debut as an aging ballerina in Grand Hotel (1992). She continued to make appearances in Hollywood documentaries into her eighties. 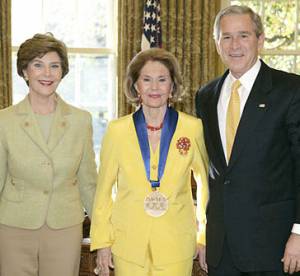 Cyd Charisse was awarded the National Medal of the Arts and Humanities by President George W. Bush in 2006.

Cyd Charisse died at the age of 86 on June 17, 2008. She was survived by 2nd husband Tony Martin and her two sons Nicky and Tony Jr., and left behind a wonderful legacy of dance on film.