The Murder at Hazelmoor by Agatha Christie

The New York Times reviewed English mystery author Agatha Christie’s new novel The Murder at Hazelmoor (aka The Sittaford Mystery) on August 16, 1931. Good Housekeeping magazine had serialized Murder at Hazelmoor in six installments, from March 1931 to August 1931, with illustrations by W. Smithson Broadhead.

A snowy evening in Dartmoor…. At a seance taking place at the home of Mrs. Willett and her daughter Violet, “the spirit” says Captain Trevelyan has been murdered. 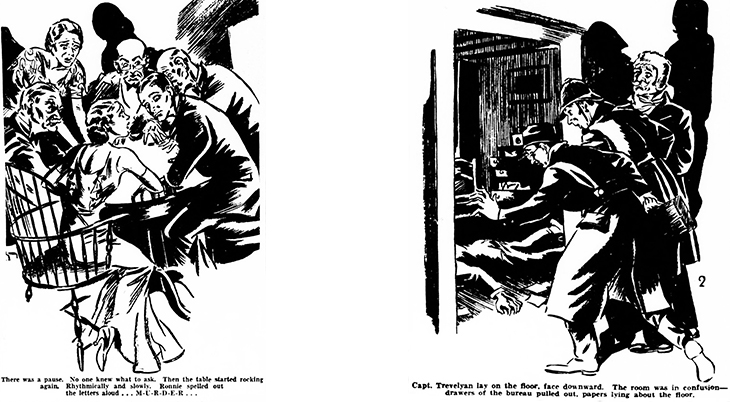 Snow has blocked the roads for vehicles, but Captain Trevelyan‘s friend Major Burnaby is at the seance and says he’ll walk 6 miles on foot to confirm if it’s true. He reports that he arrived at the house and found the Captain‘s body on the floor.

Suspects include Captain Trevelyan‘s sister Jennifer Gardner, and three nieces and nephews (children of his other, deceased sister). All four suspects are the beneficiaries of the Captain‘s will. One of them, his nephew James  Pearson, had been trying to borrow money from Trevelyan, and is arrested by Inspector Narracott. 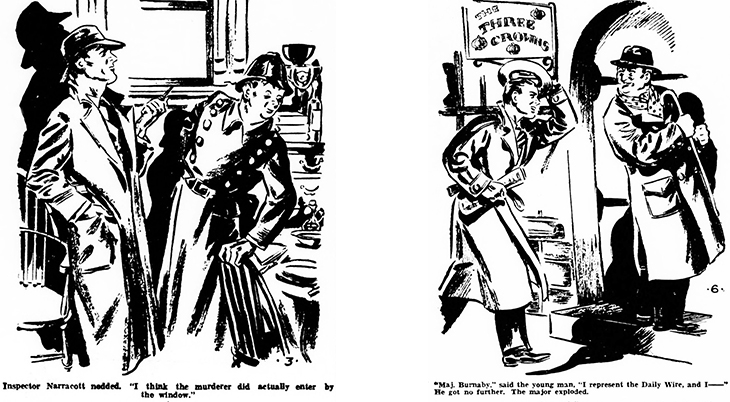 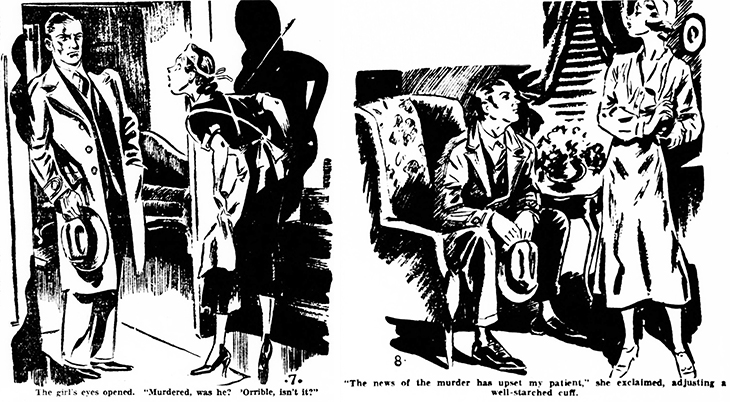 Dancing in the Dark, and Stardust

In August 1931 Bing Crosby (with the Victor Young Orchestra) recorded two enduring classics – Stardust, and Dancing in the Dark.

Both songs would become hits for the crooner. Stardust was written by Hoagy Carmichael and Mitchell Parish in 1927, but it wasn’t a hit until Bing’s August 1931 recording was released. Stardust is now considered part of the Great American Songbook, and has been covered by over 1500 recording artists such as Glenn Miller, Artie Shaw, Fats Waller, Frank Sinatra and the Pied Pipers, Nat King Cole, Ella Fitzgerald, and Louis Armstrong.

Dancing in the Dark features lyrics by Howard Dietz set to music by Arthur Schwartz; it was a six week chart hit for Bing Crosby.

Dancing in the Dark was first sung by John Barker (with Tilly Losch dancing) in the 1931 stage revue The Band Wagon, which had opened on Broadway’s New Amsterdam Theatre in June 1931. All of the songs for The Band Wagon were written by Howard Dietz and Arthur Schwartz. 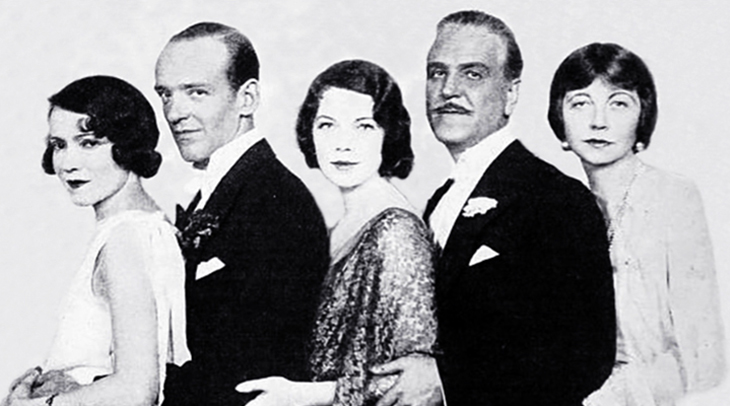 The Band Wagon stage revue was the last time Adele and Fred Astaire performed together. After 27 years as dance partners, Adele Astaire split up the act and retired from performing in 1932. She married a member of the British nobility, Lord Charles Arthur Francis Cavendish (second son of the Duke of Devonshire). Fred Astaire went on to become a star of stage and movies.

A few years later, Fred Astaire and Cyd Charisse danced to Dancing in the Dark in the movie musical The Band Wagon (1935), although no singing was involved. Their The Band Wagon film co-stars were Oscar Levant, Nanette Fabray, and Jack Buchanan.

Considered a modern classic, the song has inspired or been featured in films such as Dancing in the Dark (1949) starring William Powell, Betsy Drake, Mark Stevens, and Adolphe Menjou.

Among the many other singers who’ve had success with their recordings of Dancing in the Dark, are:

Love Letters in the Sand

When the Moon Comes Over the Mountain

Among the films released in August 1931 are several that have stood the test of time, according to IMDB as of August 2021. 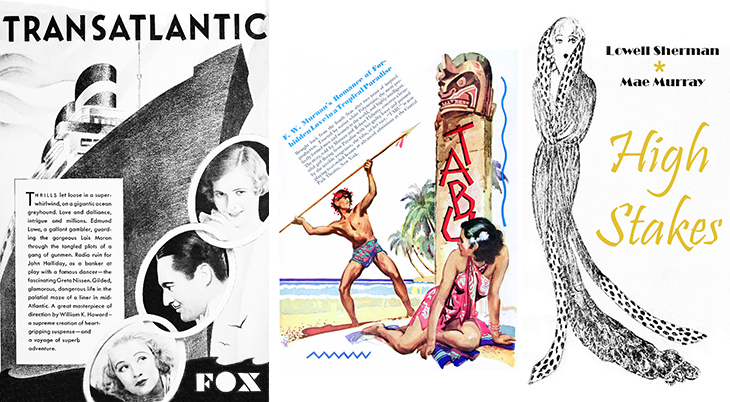 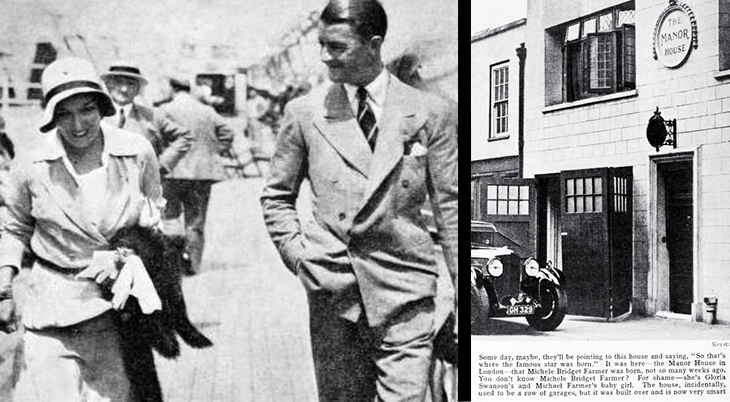 Swanson was going through a divorce from Henri de La Falais, Marquis de La Coudraye, and thought it had been finalized. She was already 2 months pregnant by Michael Farmer, which was the reason they married. After discovering their marriage may have been bigamous, Farmer and Gloria Swanson married again in November 1931. The birth of daughter Michele Bridget Farmer was announced on the 11th of April 1932, according to The Indianapolis Times. Gloria Swanson and Michael were divorced in 1934. 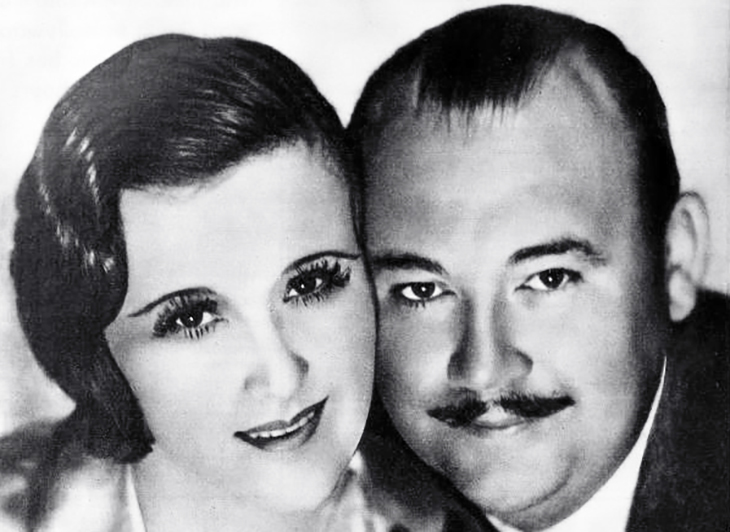 It was the fourth marriage for Whiteman and the first for the bride. Marguerite had begun acting in silent movies in 1916 under her birth name, Marguerite Livingston. She was one of Marion Davies and William Randolph Hearst‘s guests on the Oneida yacht in November 1924 when director Thomas Ince took ill, and was rumored to be Ince’s girlfriend (he was married) at the time. 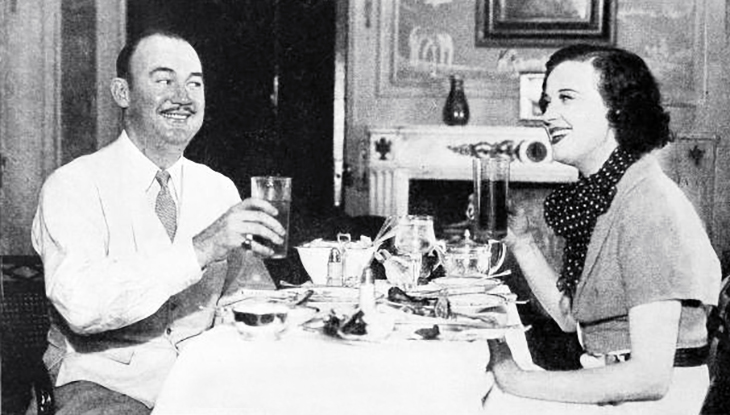