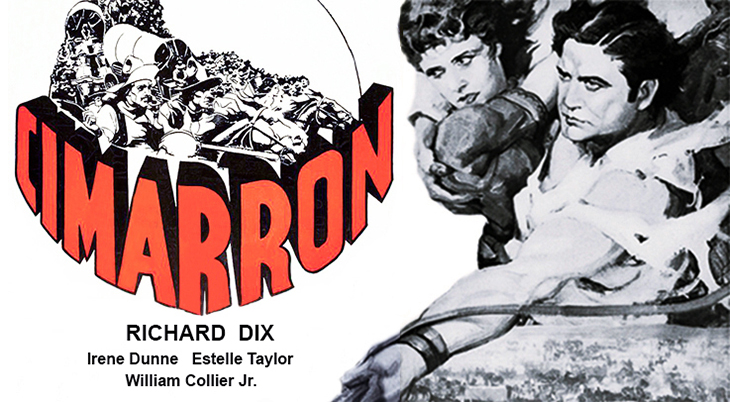 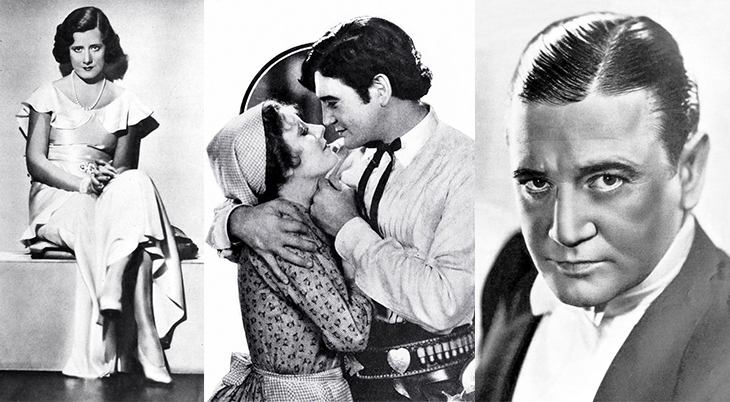 Cimarron takes place during the 1889 Oklahoma land rush, with the leading characters of Sabra and Yancey Cravat (Irene Dunne & Richard Dix) traveling from Kansas to take part in the race. 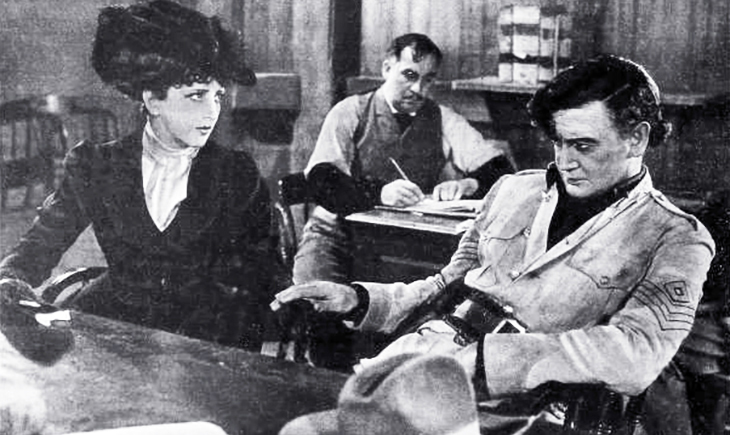 Their land claim and hope to establish a ranch is lost when Yancy is outwitted by prostitute Dixie Lee (Estelle Taylor).

Yancey and Sabra move on to the boom town of Osage, where he takes over the weekly Oklahoma Wigwam newspaper. Soon after their son Cimarron is born, a gang threatens the town and Yancy has to face off with The Kid (William Collier Jr.).

When another land rush comes along elsewhere in Oklahoma, Yancey leaves Sabra behind with their son to participate in the race and settle a claim. It’s five years before he returns, during which time Sabra runs the newspaper and raises their family. The couple are separated more than once over the years for different reasons. 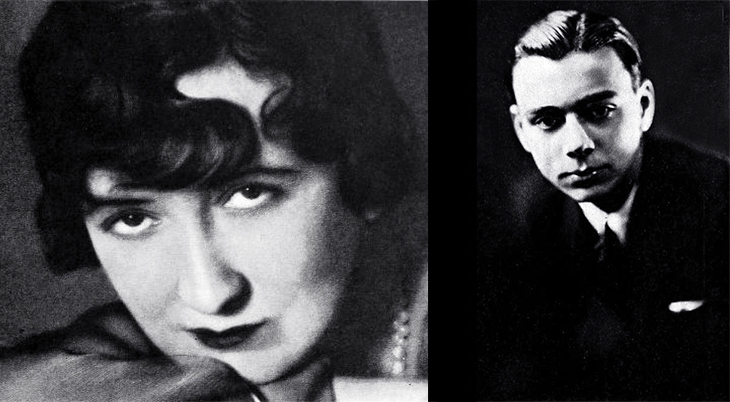 Although by today’s standards Cimarron is often dismissed for it’s portrayals of offensive and often racist stereotypes, norms at the time made it an instant hit with film critics. It was hurt at the box office because it came out during the depths of the Great Depression, but fared better in later re-releases.

Cimarron was nominated for 7 Academy Awards, and won 3 at the Awards ceremony held on November 10, 1931: 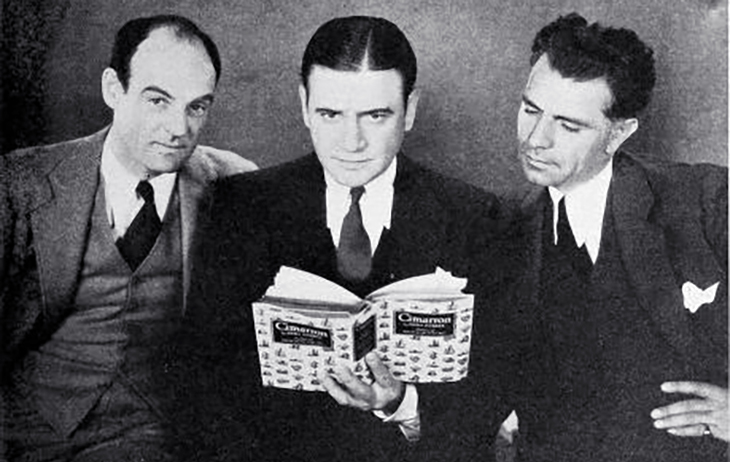 Other Oscar nominees from Cimarron: 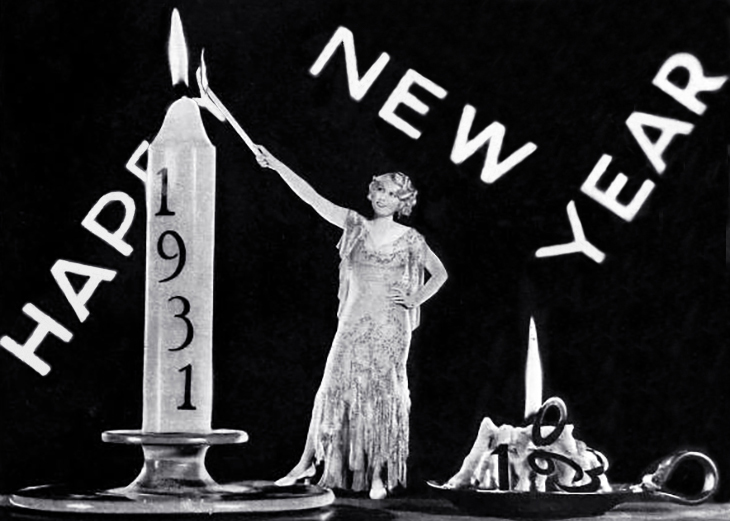 French opera singer Lily Pons crossed the pond to make her triumphant debut at the Metropolitan Opera House in a production of Lucia di Lammermoor on January 3, 1931.  She would become the Met’s principal opera star for almost 30 years. 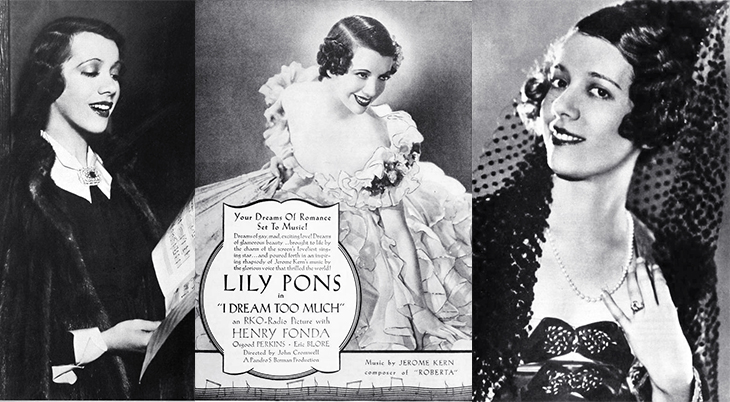 Nee Alice Joséphine Pons on April 12, 1898 in, the coloratura soprano singer got her start playing piano and singing for French soldiers during World War I at the Hotel Carlton in Cannes, France. Radio Digest reported that Lily Pons had married Dutch lawyer and newspaper publisher August Mesritz sometime during the 1920s. It was Mesritz that encouraged her to take singing lessons.

Alice Pons had established a successful career on opera stages in France and Belgium by the time she came to the attention of New York Metropolitan Opera manager Giulio Gatti-Casazza in the late 1920s. She was hired on the spot when she auditioned for him to replace opera singer Amelita Galli-Curci, who would be retiring. She returned to France with 3 contracts – a 5-year engagement at the Met, a recording contract with RCA Victor, and for concert performances.

It was almost a full year after being hired at the Met that Lily Pons became an “overnight” American opera star on January 3, 1931 – acclaimed by audiences and music critics alike. 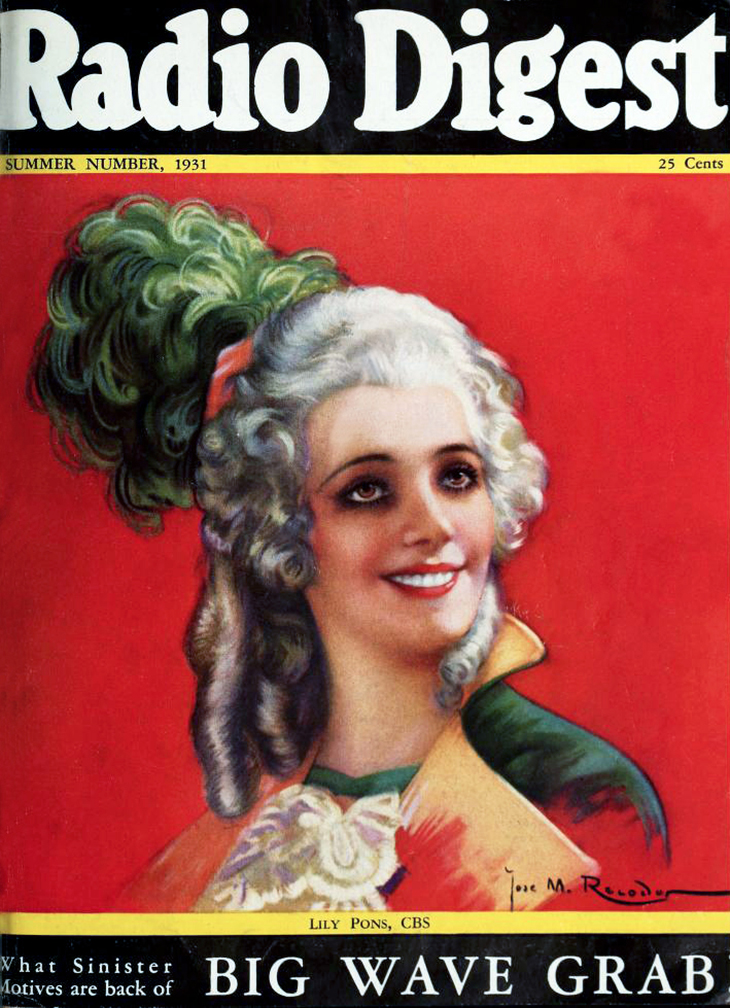 During 1931 when she wasn’t appearing on stage in New York or South America, she could be heard on radio (CBS and NBC) or Victrola records, and seen in RCA ads and on magazine covers.

Pons and her husband August Mesritz were divorced in 1933. 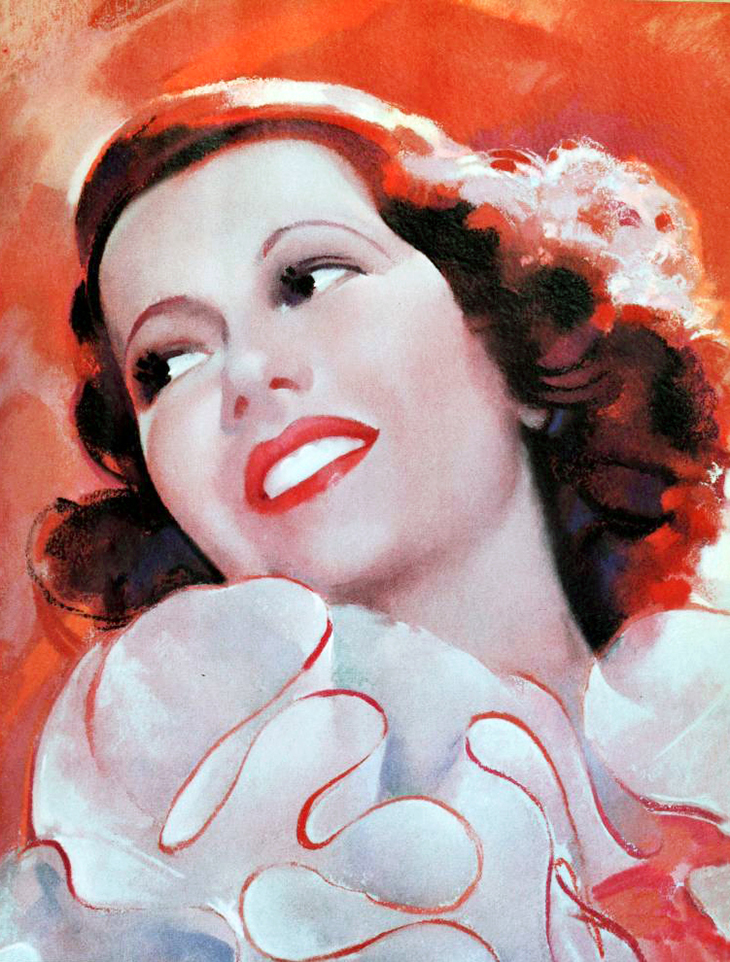 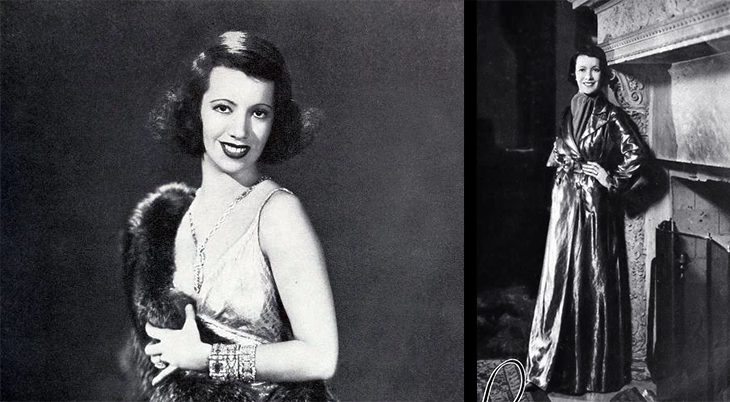 Lily Pons and Russian-American conductor Andre Kostelanetz were married in 1938. During WWII the couple toured overseas with the USO in 1944-1945 performing for the troops. After their divorced in 1938 Pons never remarried.

During the 300+ opera performances Lily Pons appeared in at the Metropolitan Opera between 1931-1960, her most frequent role was that of Lucia de Lammermoor – 93 times! She retired from the Met after 1960, but still performed occasionally in concerts and guest roles. Lily Pons died of pancreatic cancer in 1976 at the age of 77.

Silent film actress Alma Rubens is arrested on January 5, 1931 on charges of possession of cocaine and morphine smuggling conspiracy (into Mexico from the U.S.). She claimed a frame-up and while out on bail contracted a cold. Alma Rubens was only 33 years old when she died on January 21, 1931 of bronchitis and lobar pneumonia.