Q1. The Dick Van Dyke Show won 15 Emmy Awards during it’s 5-year run from 1961 to 1966. How many of them were for the show’s creator and supporting actor Carl Reiner?

Johnny Carson was considered for the role of Rob Petrie, but Van Dyke was ultimately chosen. After the series ended, Van Dyke continued to act continuously in movies and on television in both guest and starring roles, including The New Dick Van Dyke Show (1971 to 1974) as a TV talk show host…which was not related to the original series. Now an 90+-year-old octogenarian senior citizen, Dick Van Dyke‘s last big-screen movie role was 2014’s Night at the Museum: Secret of the Tomb; he continues to appear sporadically on television. 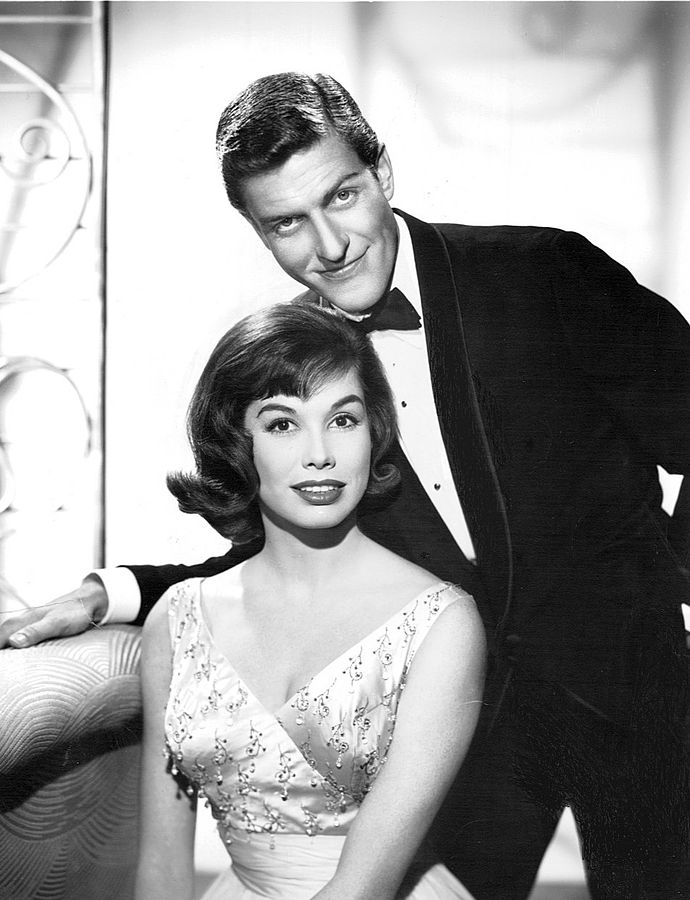 Mary Tyler Moore was picked over 50+ other actresses that auditioned to play his wife. After the series ended she also continued acting in movies and television.

Baby boomers will remember her best from her very popular and long-running sitcom, The Mary Tyler Moore Show (1970-1977).

She appeared in two episode’s of television’s Hot in Cleveland in 2011/2013 a few years before her death in 2017 from pneumonia complications at the age of 80. 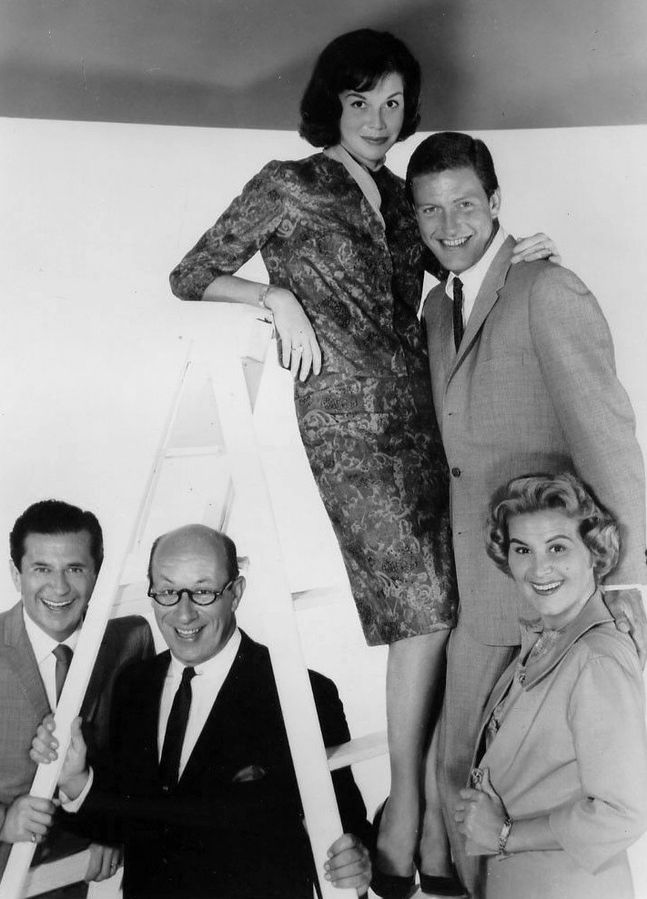 Veteran vaudeville singer and actress Rose Marie had been friends with Danny Thomas (whose wife was also named Rose Marie), who became a producer on The Dick Van Dyke Show, and she was given the role of 2nd writer Sally Rogers without having to audition.

While in talks with the producers, Rose Marie recommended real-life comedic joke writer and actor Morey Amsterdam (then aged 50+) for the role of Buddy Sorrell, the 3rd member of the “show-within-a-show” writing team. When The Dick Van Dyke Show ended, Rose Marie appeared on 2 seasons of the The Doris Day Show (1969-1971).

Baby boomers will remember Rose Marie and Morey Amsterdam from their frequent appearances on the TV game show Hollywood Squares.

Rose Marie’s last screen appearances were in 2004 (The Dick Van Dyke Show Revisited on TV, and the movie Surge of Power: The Stuff of Heroes). She died in December 2017 of natural causes, age 94.

Morey Amsterdam appeared on the TV soap opera The Young and the Restless for a while in the 1990’s; he passed away in 1996 at age 87. 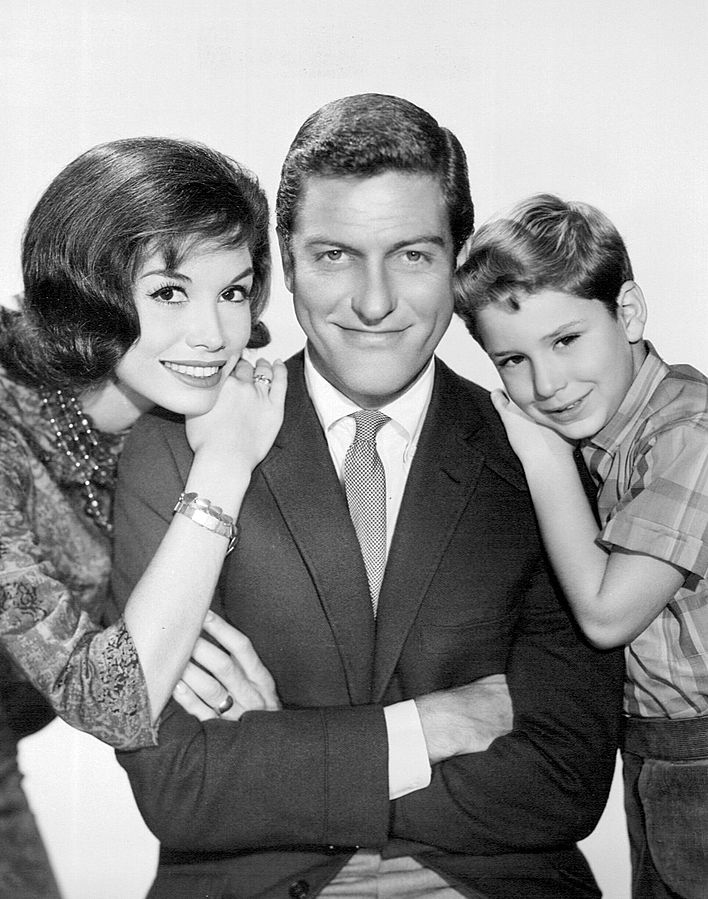 5-year-old child actor Larry Mazzeo was cast as Ritchie Petrie, and his professional name was changed to Larry Mathews.

Upon graduating from UCLA in 1976 Larry Mathews worked in business and was involved in various entertainment vehicles in different roles. Little “Ritchie” is a baby boomer himself and is now 60+ years old, almost a senior citizen. 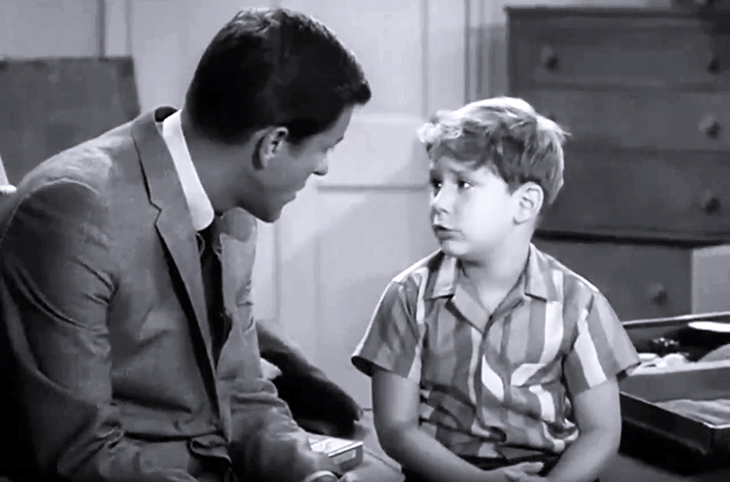 A1. Carl Reiner won 4 Emmy Awards for his writing for The Dick Van Dyke Show, in seasons 1 through 4.

Reiner was also a producer on the show; for seasons 2 through 5, The Dick Van Dyke Show, won another 5 Emmy Awards for Outstanding Program Achievement in Comedy, Comedy/Variety, Humour, and Entertainment.