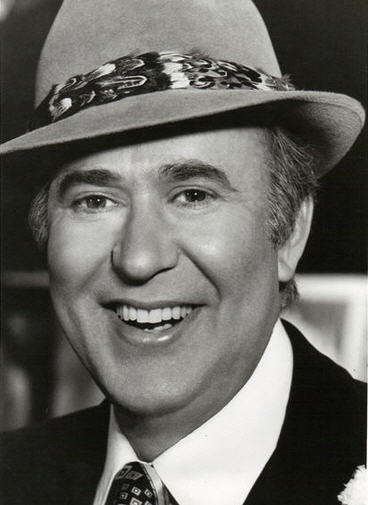 Carl Reiner has written 16 books, appeared in over 40 television series and 30+ movies, and written, directed, and produced numerous screenplays for movies and television, becoming a multiple Emmy Award Winner, Grammy Award nominee, and entering both the Television and Emmy Award Hall of Fame.

A Jazz Age baby, Carl Reiner’s interest in a career in entertainment was sparked as a teenager, when his older brother Charlie told him about a drama workshop sponsored by the Works Progress Administration during the Great Depression. According to The Official Dick Van Dyke Show Book, Reiner began practicing his craft in summer stock and traveling stage productions.

While performing in the Catskills (approximately 1942), Reiner was introduced to and began dating singer and artist/scenery painter Estelle Lebost (8 years his senior). Carl Reiner was drafted into the U.S. Army when America joined World War II in 1943; he and Estelle got married on Christmas Eve in  December 1943, while Reiner was on leave.

Reiner served in the U.S. Army Entertainment Section from 1943-1946 and honed his comic improv skills. When his army service ended in 1946, Estelle and Carl Reiner moved to New York  City and he began performing in Broadway musicals and touring productions such as Call Me Mister (1947).

Son Rob Reiner (now an actor, writer, director, producer) was born in March, 1947 and was followed 2 years later by daughter Sylvia (Annie) Reiner (1949), who is today a painter, poet, and writer. When Estelle and Carl Reiner’s third child, son Lucas Reiner (now a painter, actor, and director) was born 11 years later, in August 1960, their family was complete.

By the late 1940’s, Reiner had also found work on early television comedy and variety shows (The Fifty-Fourth Street Revue). In 1950 Carl Reiner joined the cast of Your Show of Shows, a musical variety series starring Sid Caesar and Imogene Coca. Reiner met Your Show of Shows co-writer Mel Brooks, and began to accumulate screenwriting credits for Your Show of Shows (1950-1954) and other series during the 1950’s. Carl Reiner won two Best Supporting Actor Emmy Awards (1957 & 1958) for his performances on a Your Show of Shows spin-off – Caesar’s Hour (1957).

Below, a nonagenarian senior citizen Carl Reiner explains in 2015 – 65 years later – how he met his lifelong best friend Mel Brooks.

Carl Reiner’s first book, about a struggling actor trying to break into show business was called Enter Laughing and was published in 1958. In the summer of that same year,  Reiner wrote 13 episodes for a new series inspired by his own life – about a comedy writer (like himself) living in the suburbs of New York on Bonnie Meadow Road in New Rochelle (the same street where Reiner and his family lived), with his family (a wife much like Reiner’s wife, Estelle, and their son, Rob). The pilot, starring Carl Reiner as head writer Rob Petrie, was called Head of the Family (1960), and it flopped.

Undeterred, Estelle and Carl Reiner moved to California and he began working as a writer and actor on The Dinah Shore Chevy Show (1959-1960); he also made his big-screen movie debut, acting in Happy Anniversary (1959).

Not content with these efforts, Carl Reiner also wrote the script for a future movie called The Thrill of It All, sketches for a Debbie Reynolds TV special in 1960, and recorded his first comedy album with his long-time friend Mel Brooks, 2000 Year Old Man.

In early 1960, retired tough-guy actor-turned-director and producer Sheldon Leonard, met with Carl Reiner to talk about his failed Head of the Family pilot. Leonard persuaded Reiner to take a producer-writer role instead of a starring role, on a new series based on Reiner’s original 13 scripts for the show. Sheldon Leonard cast all-new main characters Dick Van Dyke as Rob Petrie, Mary Tyler Moore as his wife Laura, Rose Marie as Sally Rogers, Morey Amsterdam as Buddy Sorrell, and Carl Reiner as Rob’s boss, Alan Brady, in The Dick Van Dyke Show (1961-1966). 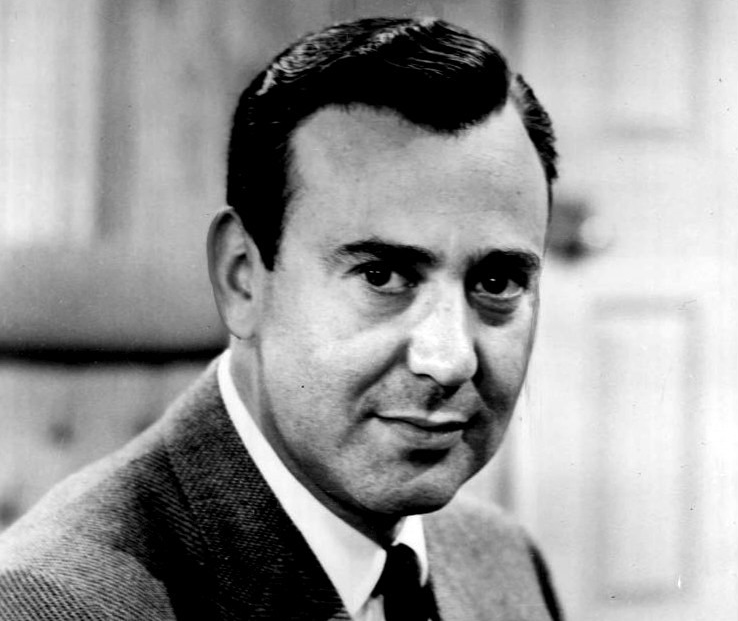 During the The Dick Van Dyke Show run, Carl Reiner found time to continue acting in the movies – It’s a Mad, Mad, Mad, Mad World (1963) and The Thrill of it All (1963) starring Doris Day, which was the script he’d written back in 1959. In The Art of Love (1965), which he also wrote the screenplay for, Carl Reiner’s co-stars were James Garner, Dick Van Dyke, Elke Sommer, and Angie Dickinson.

Throughout the 1960’s Reiner continued to accumulate acting, writing, and producing credits on television and in the movies. He had an especially busy year in 1967, when he began directed 4 episodes of the series Good Morning, World (1967); directed the movie based on his first novel Enter Laughing; and won another Emmy, for Outstanding Writing Achievement in Variety for The Sid Caesar, Imogene Coca, Carl Reiner and Howard Morris Special. 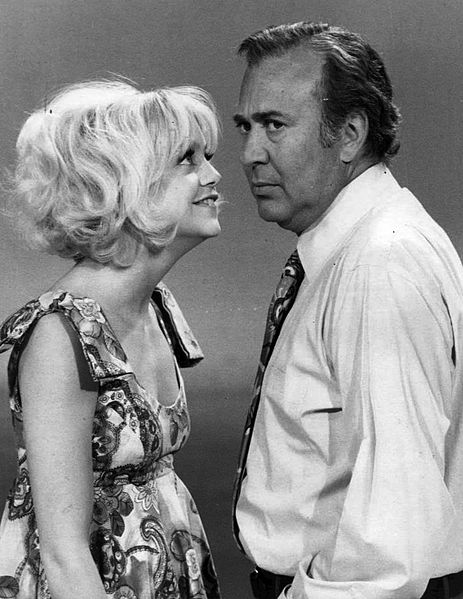 In the 1970’s and his 50+ years, Carl Reiner kept up his busy pace on and off-screen, on television and in the movies.

His television credits during this time included:

On the big screen movies, Carl Reiner directed and acted in both Oh God! (1977) and The Jerk (1979), which was written by and starred Steve Martin – the beginning of a successful working relationship for Steve Martin and Carl Reiner.

Reiner has continued to work steadily on and off-screen during the 1980’s, 1990’s, 2000’s and 2010’s. As a septuagenarian senior citizen Carl Reiner could be seen on the big screen in movies like the spoof Fatal Instinct (1993) and the comedy caper Oceans Eleven (2001). Below, a clip from Oceans Eleven featuring Carl Reiner, Andy Garcia, Don Cheadle, Bernie Mac, Julia Roberts in Ocean’s Eleven.

One television he has shone in guest-starring roles on television series such as Mad About You (1995). Carl Reiner won his fourth Emmy Award, as Outstanding Guest Actor in a Comedy Series, for his appearance on Mad About You. 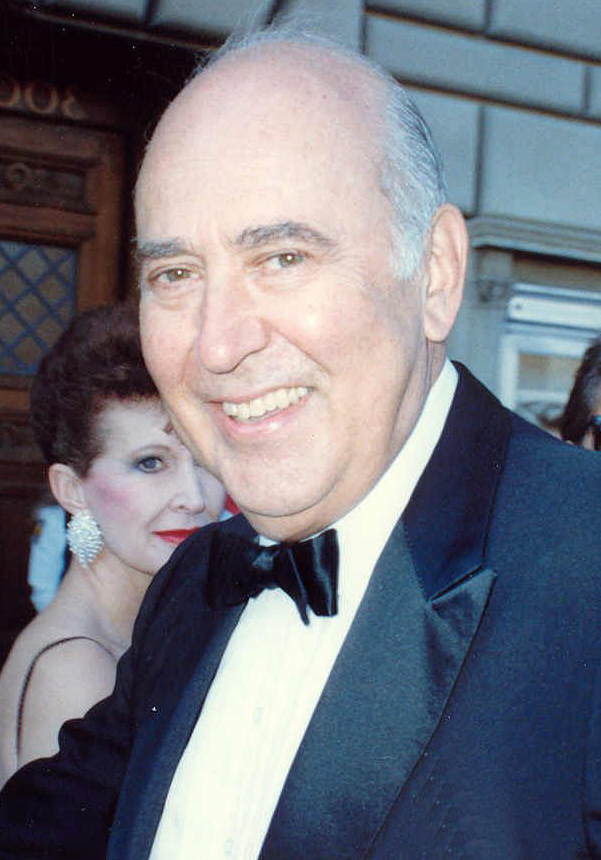 Octogenarian senior Carl Reiner continued writing for the movies and television shows like The Dick Van Dyke Show Revisited (2004). On the big screen, his acting credits have been mostly voice roles, although he did reprise his Saul Bloom character in the movie Ocean’s Twelve (2004). Reiner was a popular guest star on series like Ally McBeal (2002), Boston Legal (2005), Two and a Half Men (2009-2014) and many other shows.

As his career in the movies stared winding down, Carl Reiner’s output as an author of humorous tidbits and other stories picked up; he wrote and published 5 books during his octogenarian senior years, between 2002-2010. In what is one of the longest Hollywood marriages on record, Estelle and Carl Reiner celebrated their 64th wedding anniversary in 2007. Estelle passed the following year in October 2008, at the age of 94.

Since becoming a nonagenarian senior citizen, Carl Reiner has last been seen acting on television screens in a recurring role as Max in Hot in Cleveland (2010-2014), and on the big screen in the movie Dumbbells (2014), as well as multiple voice-only roles for animated series.

Ever the prolific writer, Reiner has written and published 5 more books so far in his nineties, most recently the opus Why & When The Dick Van Dyke Show Was Born (2015), and is working on his 17th book, I Can’t Stop Remembering, scheduled to be published later in 2016. Below, Carl Reiner talked about his lifetime journey in writing.

Grandfather and father Reiner still lives in the Beverly Hills, California home he shared for many years with Estelle, and now has his 3 grown children, 6 grand children, and 5 great grand-children to tell his stories to. 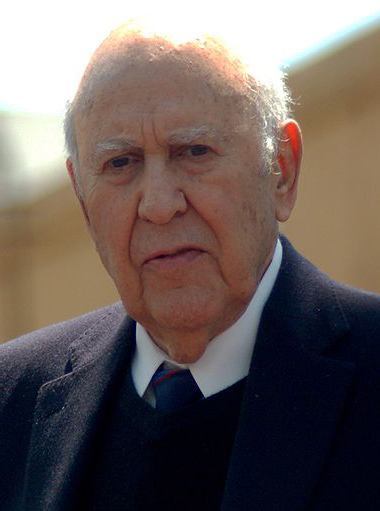 “I awoke this morning and mumbled, “CARL,FOR A PLEASANT DAY, KEEP ALL THINGS OUT OF YOUR PURVIEW,THAT MAY UNNERVE YOU.” (so far it’s working)“

“All I kept thinking while watching the Grammy Awards is that there was not one song that Frank Sinatra could or would sing.”

“Have decided to release 3 unpublished books I have written. As I approach 94 I’d hate for my literary efforts to be released posthumously.“

I can see Carl in a revamp of Mad, Mad, Mad, Mad World by way of REALITY TV genre. Imagine a Crowd Funder that is endorsed by Heavies like Obama, Musk, Branson, Pope Francis and Music donated by Ray Manzarek of the Doors...that raises money for Charity. For a Charity Bank for Free Energy. Check out this Crowd Funder to create It's a MARS, MARS, MARS, MARS WORLD and Carl Reiner plays God.
http://www.crowdfunder.co.uk/solar-watts-registered-for-charity
Rob Reiner should Direct. Carl Reiner, Mel Brooks, George Clooney. The entire Hollywood Yamlikahood Ratpack should be in this, so go in and pledge and pass it on.

Happy Belated Birthday, I think You are So Wonderful.....And I've had a Crush on You for awhile.

You have all the qualities I admire in a Man, but rarely find.....Humor, Humility, Kindness, Creativity and more.