Is there a rock song for the rebel in you, or someone you love, that should be played at a funeral memorial service or celebration of life gathering? You can’t go wrong with these classic rock songs by The Rolling Stones, Elton John, AC/DC, Bon Jovi, and (relative) newcomers like Rob Thomas, 3 Doors Down, Cage the Elephant, and Avril Lavigne.

The Rolling Stones – You Can’t Always Get What You Want 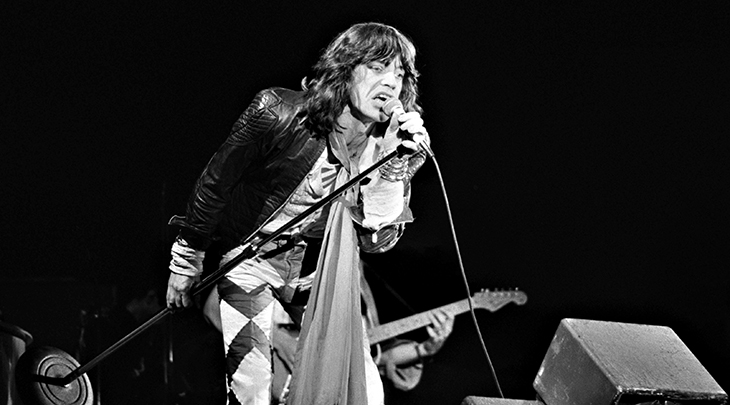 The Rolling Stones You Can’t Always Get What You Want was played in the funeral scene from the 80’s movie The Big Chill. They perform it live in 1990 this official music video.

Baby boomer favourite Elton John‘s Candle in the Wind was originally about Marilyn Monroe, then later adapted for Princess Diana’s funeral and memorial. His other hit tune often played at memorial services is Don’t Let The Sun Go Down On Me, which has been covered by Roger Daltrey, Joe Cocker, and George Michael, among others.

Elton John and Lady Gaga perform Don’t Let the Sun Go Down on Me in 2016, above.

When Bon Jovi singer-songwriter Jon Bon Jovi wrote the power ballad song Bed of Roses (1993), he was in a hotel room suffering from a hangover.

Baby boomer fans in the US pushed Bed of Roses to the Top Ten on the Billboard music charts.

Rob Thomas (Matchbox 20’s frontman) and his smooth melodies are admired by babyboomers, seniors, and fans of all ages. Little Wonders (2007) was written and recorded by Rob Thomas for the Disney animated movie Meet the Robinsons (2007), and is included on the soundtrack album for the film.

Cage the Elephant – Ain’t No Rest For The Wicked

Cage The Elephant’s Ain’t No Rest For The Wicked has been used in a commercial, movie, television series, and in a video game.

This official video of When I’m Gone is dedicated to all military personnel fighting overseas and was filmed on the USS George Washington.

The 2000 lb bronze bell used in the Hells Bells song by AC/DC is a replica of the 4000lb Denison Bell in The Carillion war memorial tower in Leicestershire, England.

The power ballad Keep Holding On was written by Canadian singer-songwriter Avril Lavigne and Lukasz “Dr. Luke” Gottwald, as the theme song for the movie Eragon (2006).