Rock and roll legend Bob Seger’s prime concert touring days have book-ended my my own concert-going days. I first saw him perform live in Ottawa around 1977, shortly after Night Moves (1976) first hit the charts, then again in the pre-Covid days at a 2018 Buffalo concert. 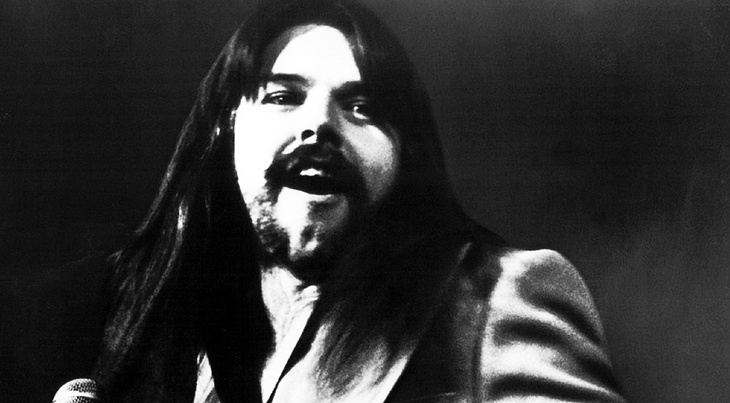 Robert Clark Seger aka Bob Seger was born on May 6, 1945 in Detroit, Michigan, and is still closely associated with that city’s rich musical legacy. Seger told Rolling Stone columnist Andy Greene in a 2018 interview, that for him, high school was probably his favorite time.

“Up until high school, I was super shy. And then I developed a bunch of friends across town and came out of my shell. After that, it was 12 years of doing 250 to 300 shows a year in various bars, universities and gymnasiums.”

Before he achieved his first successes in the late 70’s, Bob Seger performed in obscurity on the Detroit music scene throughout the 1960s and early 1970s. He fronted several bands, beginning with the Decibels (1961), followed by The Town Criers.

For a while Seger was an additional vocalist for Doug Brown & The Omens. While performing with Doug Brown & The Omens, he began writing songs and producing for other bands. Seger left the band to go solo and record East Side Story, a song he’d written himself, in 1966 – it became a small local hit in Detroit.

That same year, Bob Seger made a lifelong friend in a fellow local Detroit musician Glenn Frey (later with the Eagles),

“He was my oldest friend in music. I met him in 1966, and we recorded Ramblin’ Gamblin’ Man that year. We were just a couple of knuckleheads starting out – he was from Royal Oak [Michigan], and I was from Detroit. He was such a positive influence in my life. We’d always call each other for advice. I pushed him to do that Eagles reunion [in 1994]. He was the only one that didn’t want to do it for years. I said to him, ‘I think you’d have fun.‘” – Bob Seger to Andy Greene, Rolling Stone, January 2, 2018

It seemed like things were looking up in 1968 when Bob Seger and his then-band the Last Heard signed a contract with Capitol Records, who promptly changed the band name to The Bob Seger System. They made it onto the Billboard Hot 100 charts with the second single, Ramblin’ Gamblin’ Man (1969), and his friend Glenn Frey played guitar and sang backup on the song.

A long period of chart drought followed and Seger went solo for a while; he worked with the famous Muscle Shoals session musicians to record some songs, but stopped when couldn’t afford their fees.

Finally in 1974 things began to turn around for Bob Seger, with the formation of The Silver Bullet Band. The first couple of albums and singles from the new group began to see some chart success beginning in 1975 with the album Beautiful Loser and the single Katmandu, a #43 chart hit. 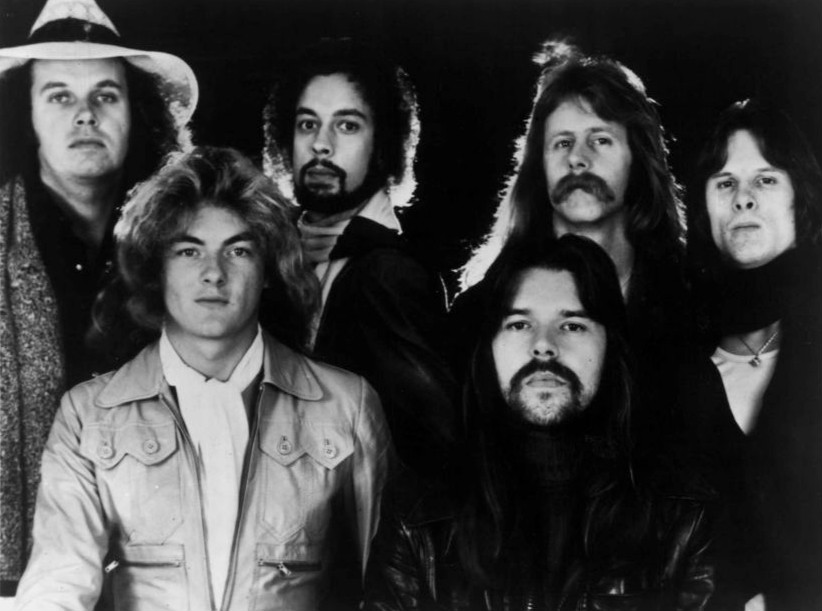 Seger credited his pal Bruce Springsteen’s song Jungleland (1975), as his inspiration to write his own 1976 hit single, Night Moves.

The Night Moves (1976) album was a Billboard Top Ten album for Bob Seger. In addition to The Silver Bullet Band, the Muscle Shoals Rhythm Section also provided backing musicianship on several song. The album title track single Night Moves was the only song on the album to be recorded in Toronto, Ontario.

A second hit single from the Night Moves album was the haunting balladMainstreet, with backing from the Muscle Shoals Rhythm Section. Although Mainstreet only made it to #24 in the US, it was a #1 hit for Bob Seger in Canada in 1977, where he had (and still has) a wide fan base. Bob Seger sings Mainstreet set to a video montage with live clips from 1980.

Still the Same (1978), from 1978’s Stranger in Town album, was a #4 hit in both Canada and the United States. Below, Bob Seger at the height of his success, singing Still the Same live in concert in 1978.

Although the single Old Time Rock and Roll (1979) failed to crack the Top 20 in either Canada or the US, it remains a classic Bob Seger song that no concert would be complete without. Old Time Rock and Roll was later popularized again when the movie Risky Business (1983) starring Tom Cruise, featured the actor dancing in his underwear to it.

Below, a younger Bob Seger performs Old Time Rock and Roll live in 1983. 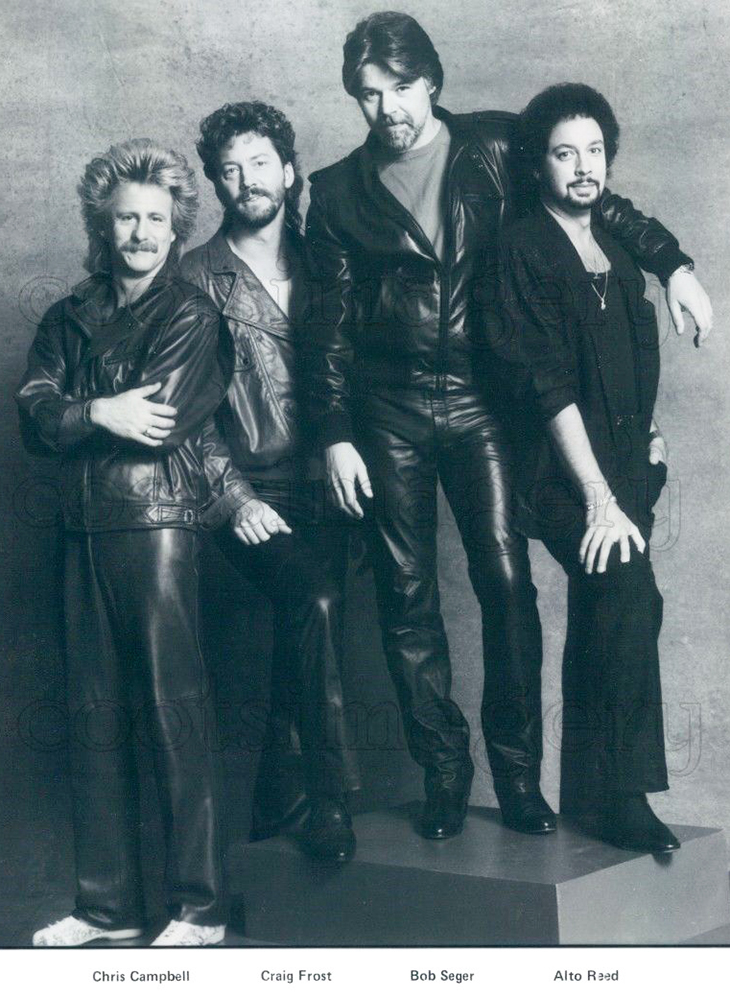 Bob Seger was rightfully inducted into the Rock & Roll Hall of Fame in 2004. Now in 2015, 5 years into being an official senior citizen, Bob Seger isn’t slowing down or showing signs of wanting to retire. His most recent album, Ride Out, was released last fall and the tour supporting it ended in March this year (2015).

Despite a back problem that required surgery a few years ago, Seger is aging gracefully along with peers Don Henley (Eagles), Springsteen, & Don Brewer (Grand Funk Railroad). He’s outlasted some of the iconic figures in rock music that were his inspiration, friends, and mentors – Lou Reed and Leonard Cohen, to name a few.

The recent death of Silver Bullet Band saxophonist Alto Reed of colon cancer in December 2020, hit him hard. Although Seger is still the same in the hearts of his fans, this seems to have sounded the death knell for his own touring days.

“I don’t think I could go out [on tour] without him….I loved what I did. Never worked a day in my life, really. The hard parts were sleeping in hotels, having rotten food…I’m a lucky guy.” – Bob Seger to Brian McCollum, Detroit Free Press, June 12, 2021

A look back at a younger Bob Seger & The Silver Bullet Band circa 1982, below. 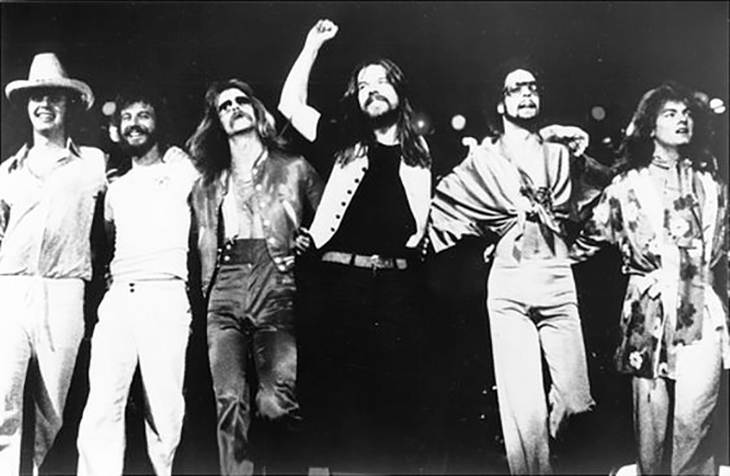 Note: This article was first published in 2015 as Celebrating Seniors – Rockin’ Bob Seger Turns 70. It has been updated with new & additional content..