Q2. In April 1968, what suspected assassin and fugitive did Efrem Zimbalist Jr. ask the public to provide information about, during the real-life “Ten Most Wanted” segment at the end of The F.B.I. episode? 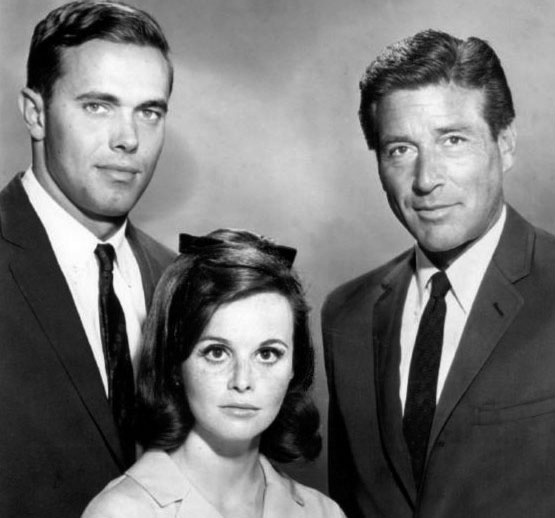 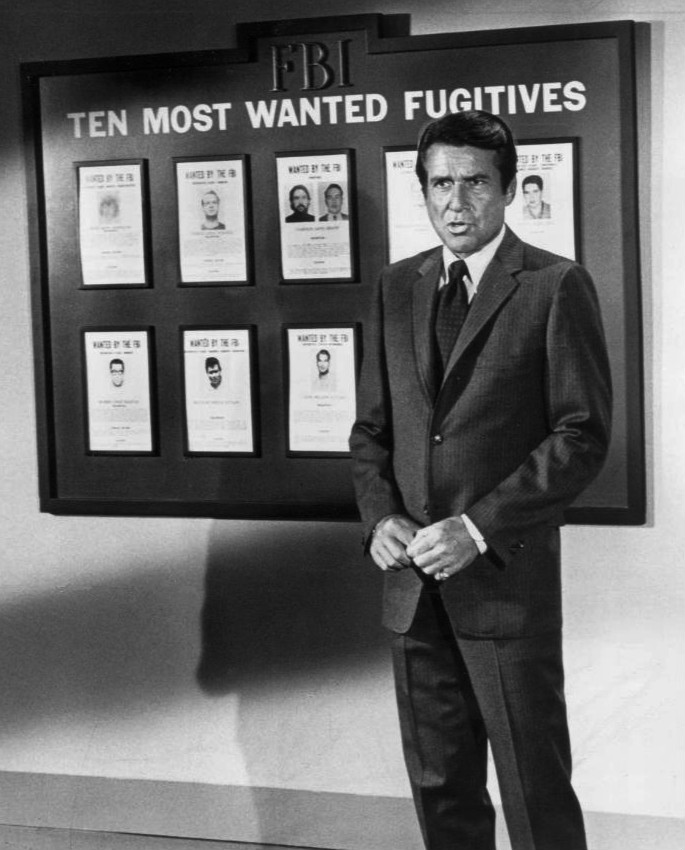 For 9 years (1965-1974) Quinn Martin Productions and Warner Bros. Television co-produced The F.B.I. TV series, starring Efrem Zimbalist, Jr. as F.B.I. Inspector Lewis Erskine. The F.B.I. was the longest-running of all of Quinn Martin’s TV shows, surpassing his other popular baby boomer series The Fugitive, The Streets of San Francisco, Cannon, and Barnaby Jones.

Inspector Erskine‘s back story was that of a widower whose wife died as a result of an ambush intended for him. At the end of most episodes of The F.B.I., Efrem Zimbalist would present the real, current F.B.I.’s “Ten Most Wanted” list of fugitives. 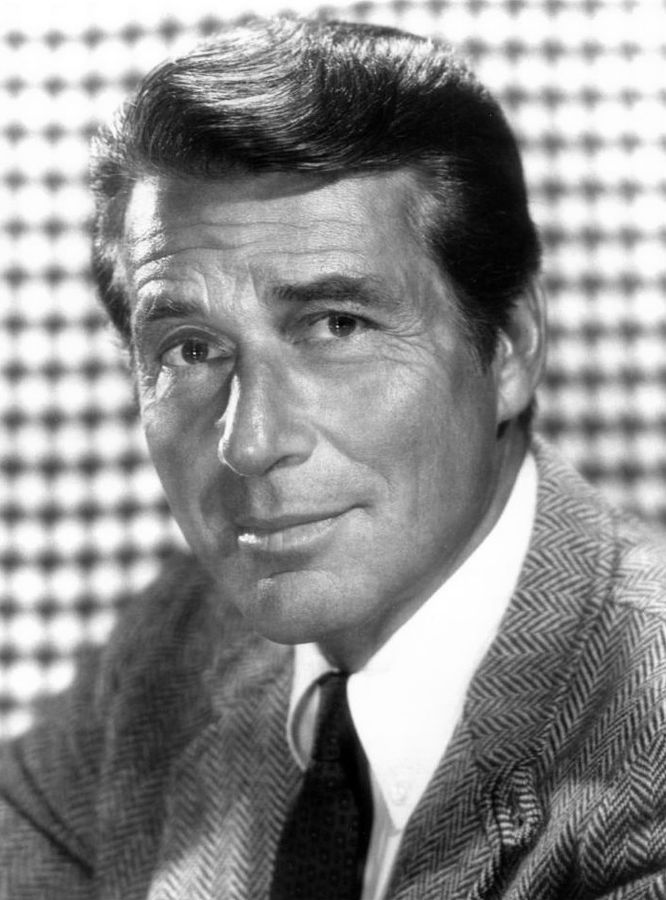 Likable and already well-established movie and television (77 Sunset Strip) actor Efrem Zimbalist, Jr. spent considerable time with F.B.I. Director J. Edgar Hoover to prep for his role in The F.B.I., and the two men were remained on very good terms with each other during and after the series ended.

When The F.B.I. ended, Efrem Zimbalist went on to  guest-star in many other series, including a recurring role as con man Daniel Chalmers on his daughter Stephanie Zimbalist’s series Remington Steele. He lost both his first wife Emily McNair (m. 1945-1950) and second wife Loranda Spaulding (1956-2007), to cancer. Efrem Zimbalist, Jr. was a 95-year-old nonagenarian senior citizen when he died from natural causes in May 2014. 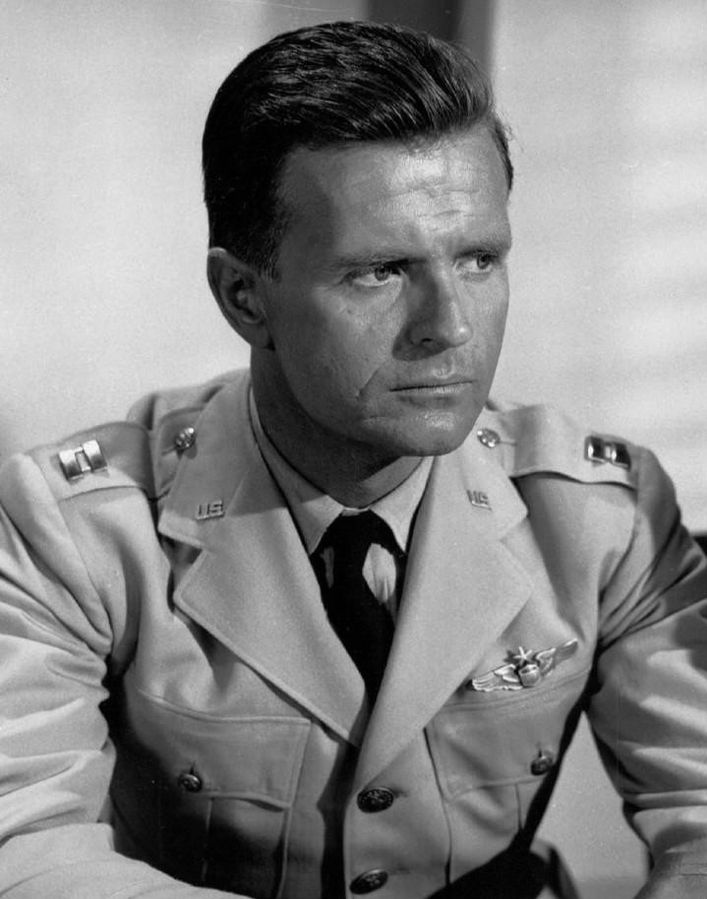 Philip Abbott got his start on television on the soap opera Search for Tomorrow (1951) as Dr. Dan Walton, and was a popular guest-star on television before and after his co-starring role on The F.B.I.

Philip Abbot returned to the soaps as Grant Stevens on The Young and the Restless in 1986.

Abbott was a septuagenarian senior citizen when he died from cancer in February 1998. 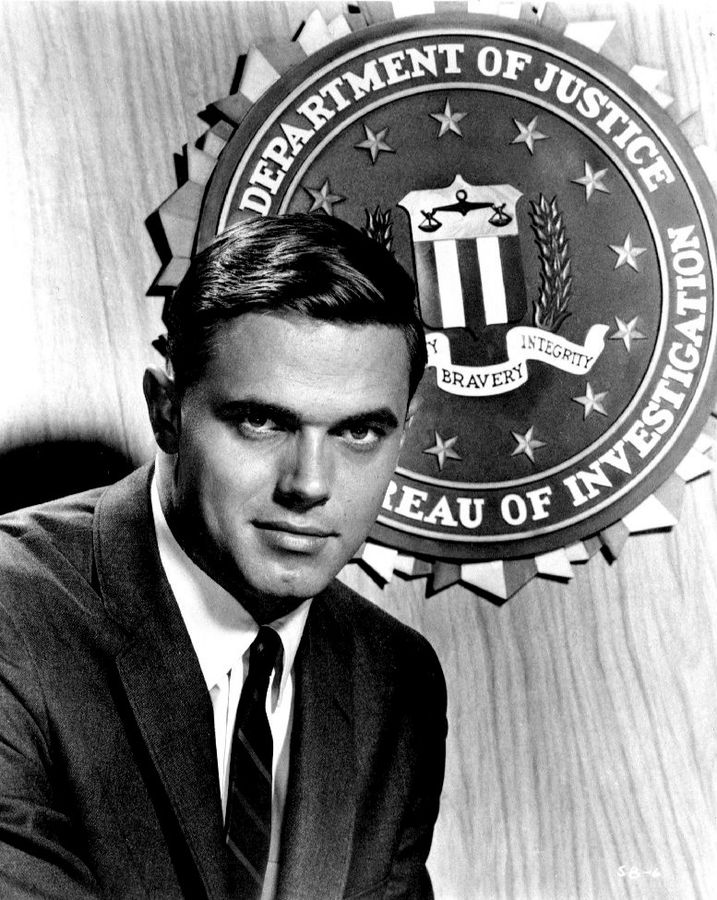 The F.B.I. was actor Stephen Brooks’ claim to fame, although he was also a regular as Dr. Greg Pettit on The Interns from 1970-1971. In Season 9, former football player turned actor Shelly Novack was Agent Chris Daniels.

For Seasons 3-9, Erskine‘s assistant was Special Agent Tom Colby (William Reynolds). Reynolds was already married with two children, and had been acting for 16 years when The F.B.I. began. When The F.B.I. television series ended in 1974, he retired from show business and became a businessman. William Reynolds is a widower and octogenarian senior citizen as of October 2016. 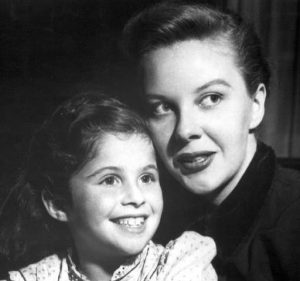 Former child actress Lynn Loring was a regular on daytime soap Search for Tomorrow for 10 years (1951-1961) as Patti Barron Tate Whiting McCleary, from the age of 7 to 17. Loring played Barbara Erskine, Inspector Erskine‘s daughter and Special Agent Jim Rhode‘s fiance, in 12 episodes of The F.B.I. during the first season in 1965, before her character was dropped. Lynn Loring quit acting in 1975, became a TV and feature film producer, and was the President of MGM/UA Television Productions until she announced her retirement in 1990.

Lynn Loring had two children with actor and first husband Roy Thinnes (married 1967-1984), and married lawyer Michael Bergman in 1988. As of March 2018 Lynn Loring is a septuagenarian senior citizen.

A1. J. Edgar Hoover never appeared on The F.B.I., although he was a consultant for the show up until his 1972 death. 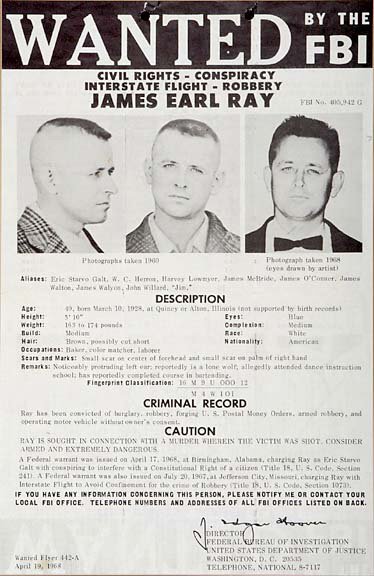 A2. 40-year-old James Earl Ray was already a previously convicted felon for multiple offences, when he became a suspect in the assassination of American Civil Rights leader Dr. Martin Luther King Jr. on April 4, 1968.

James Earl Ray was arrested on June 8, 1968 at London’s Heathrow Airport, and later convicted of the assassination of Dr. King when he entered a guilty plea to forestall a jury trial, thus avoiding the death penalty.

Ray later took back his confession in an unsuccessful attempt to get a retrial.

He was a 70-year-old septuagenarian senior citizen when he died in prison in 1998.