Nancy Sinatra's Boots Were Made For Walkin'

6 vintage music videos celebrating the heyday of Nancy Sinatra, Jr.:  These Boots Are Made For Walkin’, Your Groovy Self, Somethin’ Stupid, Summer Wine, Bang Bang (My Baby Shot Me Down), and Sugar Town. 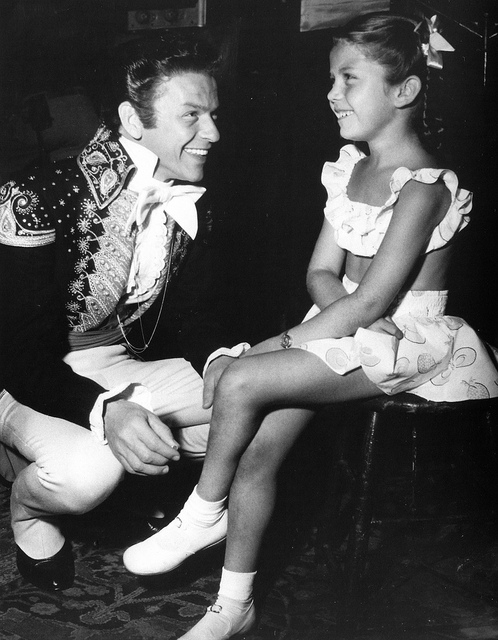 Nancy Sinatra Jr. was born to Frank Sinatra and his first wife Barbara on June 8th, 1940. The eldest of 3 children born to the couple, she was soon joined by younger brother Frank Sinatra Jr. in 1944 and sister Tina in 1948.

Named for her grandmother, Nancy Sinatra Sr., Nancy Jr. wanted a career in music from age 6.

She briefly studied music, dancing and voice at the University of California in the 1950’s.

She appeared with him on his 1957 TV variety series The Frank Sinatra Show. They’re pictured together below during a rehearsal break. 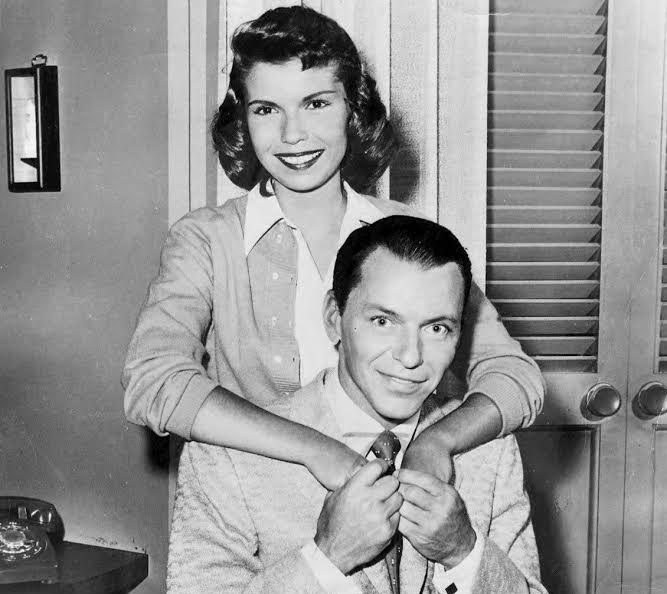 Nancy Sinatra Jr. married her first husband, singer Tommy Sands in 1960. Their September 11, 1960 wedding day was captured on video, below. 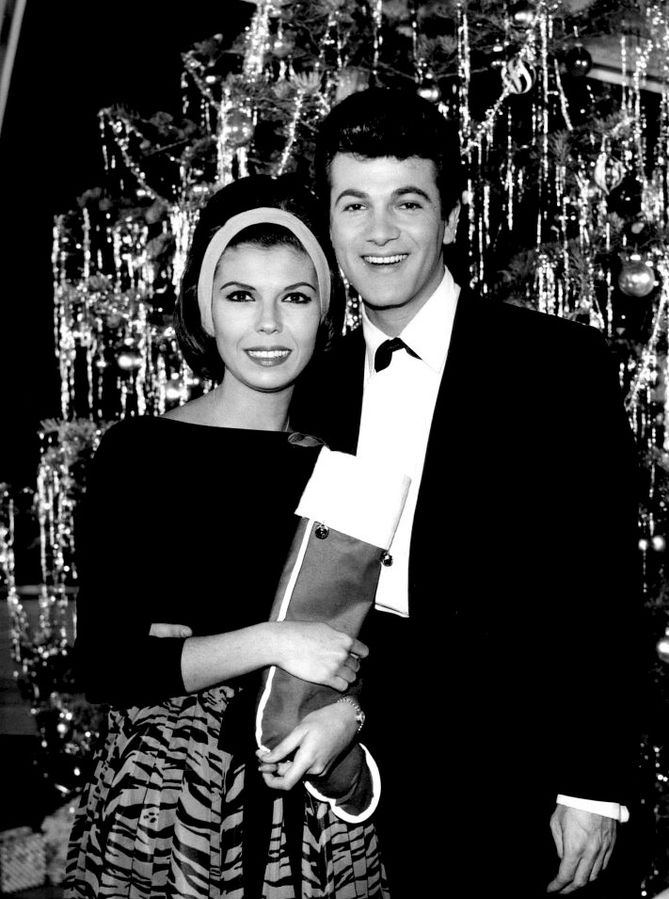 She had first met Elvis Presley at the airport when he arrived from being discharged from the US Army.

Nancy Sinatra Jr. and Elvis would later star together in 1968’s Speedway.

Before Nancy Sinatra and Tommy Sands divorced in 1965, they appeared together as the “mystery guest” on a February 1965 episode of What’s My Line? What’s My Line? panelists Dorothy Kilgallen, Tony Randall, Arlene Francis, Bennett Cerf, and host John Daly welcomed them.

Baby boomers will remember Nancy Sinatra Jr. from the 7 movies she co-starred in between 1964-1968, most with a musical and/or beach theme:

For Those Who Think Young (1964), with James Darren, Pamela Tiffin, Paul Lynde, and Ellen Burstyn. For Those Who Think Young also had Tina Louise and Bob Denver (who were both later co-stars on Gilligan’s Island), and Michael Nader among the cast members. James Darren had become fast friends with Nancy and her father Frank Sinatra, and was godfather to her daughter A.J. Lambert. 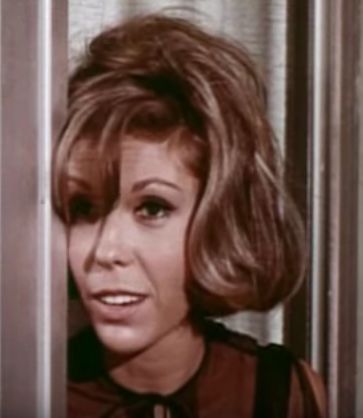 (Nancy Sinatra 1964 Get Yourself a College Girl Trailer Screenshot)

The Last of the Secret Agents (1966), starring the comedy duo of Marty Allen and Steve Rossi; with John Williams, Lou Jacobi, and Harvey Korman (The Carol Burnett Show).

The Wild Angels (1966) had Nancy Sinatra co-starring as the girlfriend of Peter Fonda, a Hells’ Angels motorcycle gang member who pals around with Bruce Dern. Also in The Wild Angels are Diane Ladd, Buck Taylor (Gunsmoke; Rectify), and Michael J. Pollard. 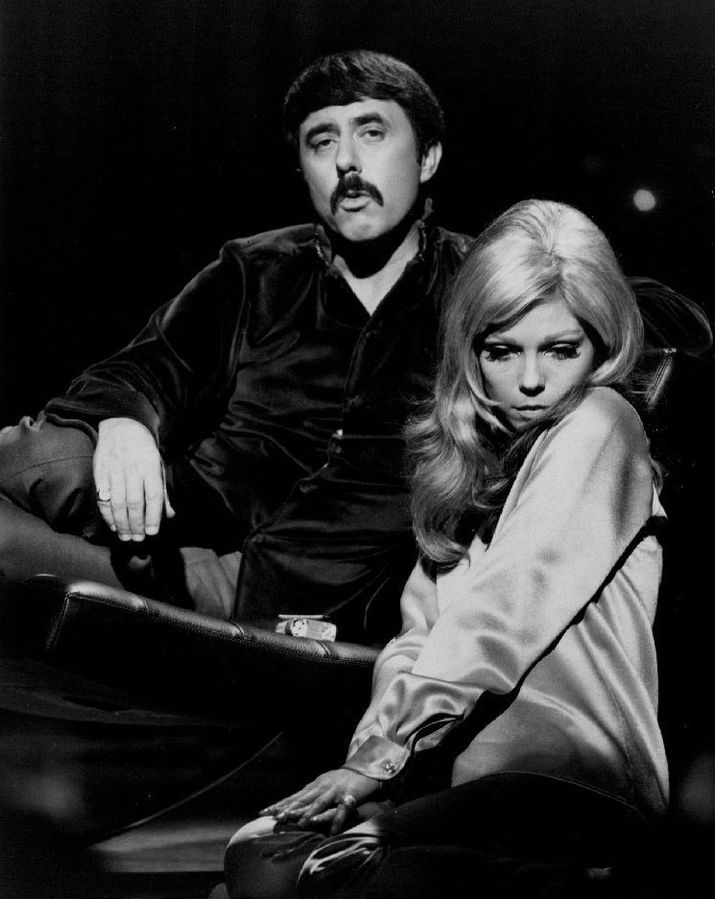 When Nancy Sinatra Jr. partnered with songwriter, singer and producer Lee Hazlewood in the mid-1960’s, her music career began to take off. Their professional partnership included 3 collaboration albums, and he wrote many of her hit songs. Lee Hazlewood was a septuagenarian senior citizen when he died of renal cancer in August 2007.

As of 2013, Nancy Sinatra has released over 14 solo albums, 19 compilation albums, and many special appearances.

She has released at least one album in every decade since 1960 – but most of her hit singles came in the 60’s, with Lee Hazlewood involved in some way.

In 1970 Nancy Sinatra Jr. married her second husband, Hugh Lambert. By the mid-70’s she was almost retired from music so she could focus on raising their young daughters Angela Jennifer “AJ” Lambert (b. 1974) and Amanda Kate Lambert (b. 1976). Nancy’s husband Hugh Lambert died of cancer in 1985 while she was in the midst of finishing up writing the first biography of her father, titled Frank Sinatra, My Father. 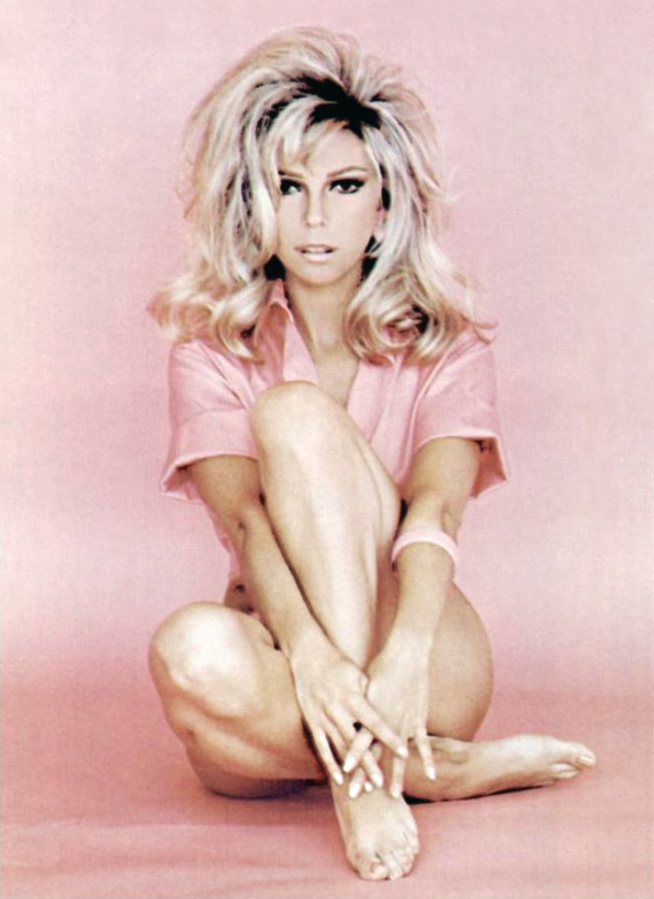 In 1995, now single and 50+ (and with her children grown up) Nancy posed for Playboy magazine’s May issue. With funding made possible because of that Playboy spread, she released the new album One More Time. She also began a tour with Lee Hazlewood and had a new, updated biography of her father published – Frank Sinatra: An American Legend. Nancy Sinatra recorded her last collaboration album with Lee Hazlewood, Nancy & Lee 3, before Lee Hazlewood’s death in 2007.

As a septuagenarian senior citizen, Nancy Sinatra has released a cover album Shifting Gears (2013) and become a grandmother to daughter AJ’s child, granddaughter Miranda Paparozzi. Sinatra manages her own website nancysinatra.com  as well as the sinatraframily.com website, and shows no signs of thinking about retirement.

Below, a look back at Nancy Sinatra singing her 1966 hit song Sugar Town (written by Lee Hazlewood), in 1967. Sugar Town was a #5 hit on the Billboard music charts in December 1966.

Note: This article was originally published in 2015 under the title Celebrating Seniors – Nancy Sinatra Jr. Turns 75. It has been updated with new & additional content.