Q1. What was the off-screen relationship between Joe Hamilton, the composer of the theme song “Carol’s Theme“, and Carol Burnett?

Q2. Why did Carol Burnett always tug her ear at the end of each show? 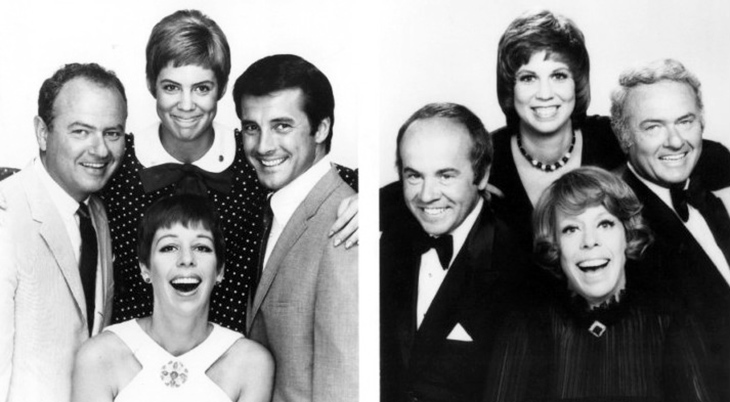 Below, Carol Burnett as Eunice Higgins and Harvey Korman as her husband Ed Higgins, with guest-star Madeline Kahn in a 1976 skit from The Carol Burnett Show. 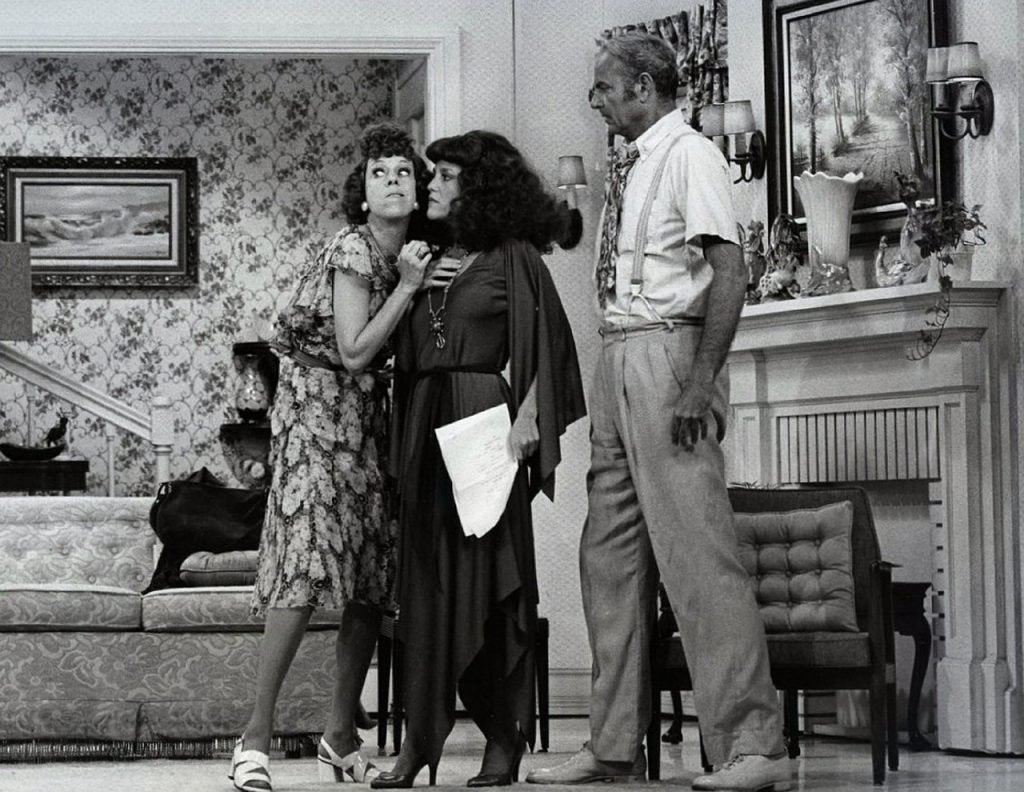 Baby boomers may remember screaming with laughter at the now-famous comedy sketch “Went With the Wind” on The Carol Burnett Show. In one of the scenes, Burnett rips down the drapes to make a new dress and emerges wearing it, complete with curtain rod across the shoulders. Below, Carol Burnett, Vicki Lawrence, and guest star Dinah Shore in “Went With the Wind“. 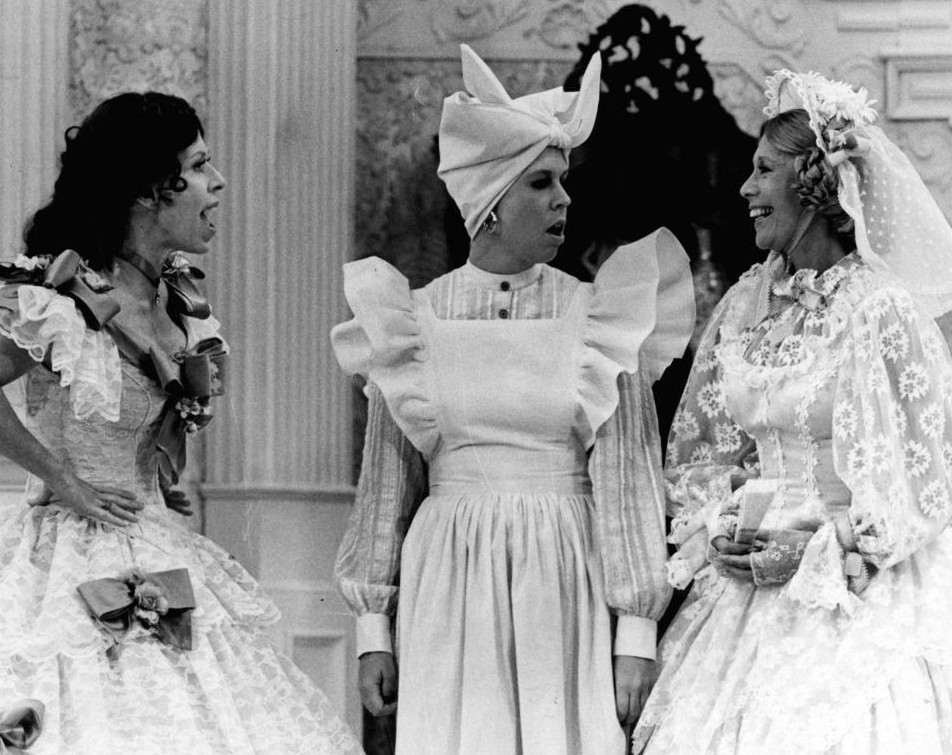 A2. It was a message to Carol Burnett’s beloved grandmother Mabel Eudora White (while she was alive and continued after she was dead), that Carol was thinking of her.

Note: This article was first published in 2015.