Q1: Over it’s 25 year run, there were 3 hosts on What’s My Line? Who hosted for the longest period of time –  Larry Blyden, John (Charles) Daly, or Wally Bruner? 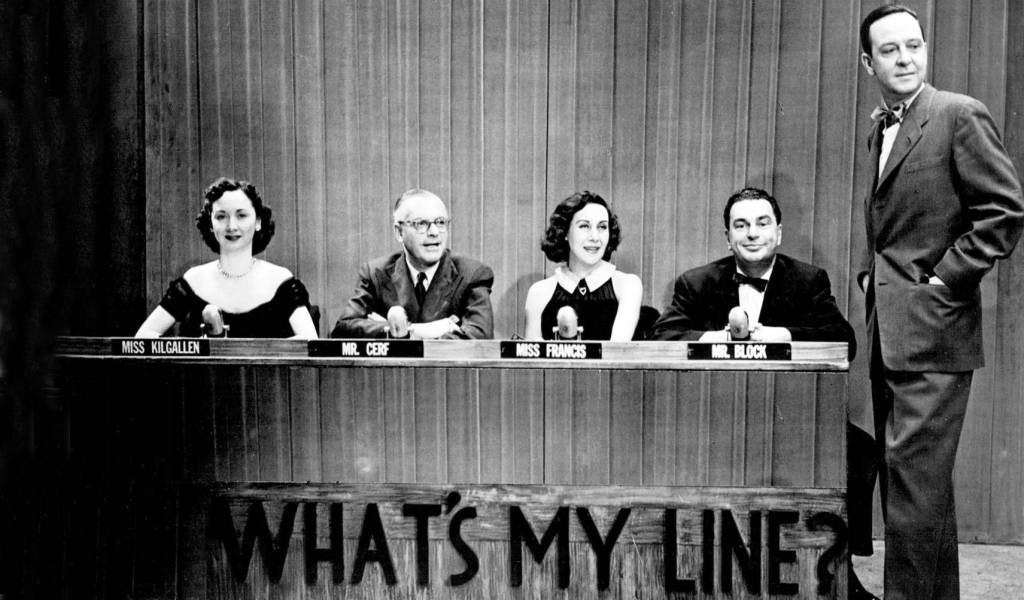 65 years ago today on Feb 2 1950, the popular panel game show What’s My Line? debuted on CBS. During it’s 25 year run, it won Emmy’s for Best Quiz Show 3 times. In the early years, panelists and contestants often wore evening wear – black suits or tuxes and ties for the men, evening gowns and sometimes even gloves, for the ladies.

Often a celebrity would be a fourth panelist at the table with the What’s My Line? regulars. Some of the people who inhabited this chair on more than one occasion were Joan Crawford; Buddy Hackett, Steve Lawrence, Jayne Meadows (Alice on The Honeymooners), Carol Channing, Tom Poston, Peter Ustinov, Woody Allen, David Niven, Jack Lemmon, Richard Boone, Anthony Perkins, Jerry Lewis, Margaret Truman, Lucille Ball, Debbie Reynolds, Douglas Fairbanks Jr., and others.

Typically a What’s My Line? episode consisted of 2-3 guests who had unusual occupations, and a segment with a celebrity “Mystery Guest“. To make it extra hard for the panel, very occasionally the mystery guest was more than one person, or an animal (Francis the Talking Mule).

Just a few of the hundreds of distinguished celebrity Mystery Guests who appeared on What’s My Line? over the years include these familiar names and faces:

Versions of What’s My Line? have appeared in many different countries around the world, and a live stage version in Los Angeles that debuted in 2006 is still running. 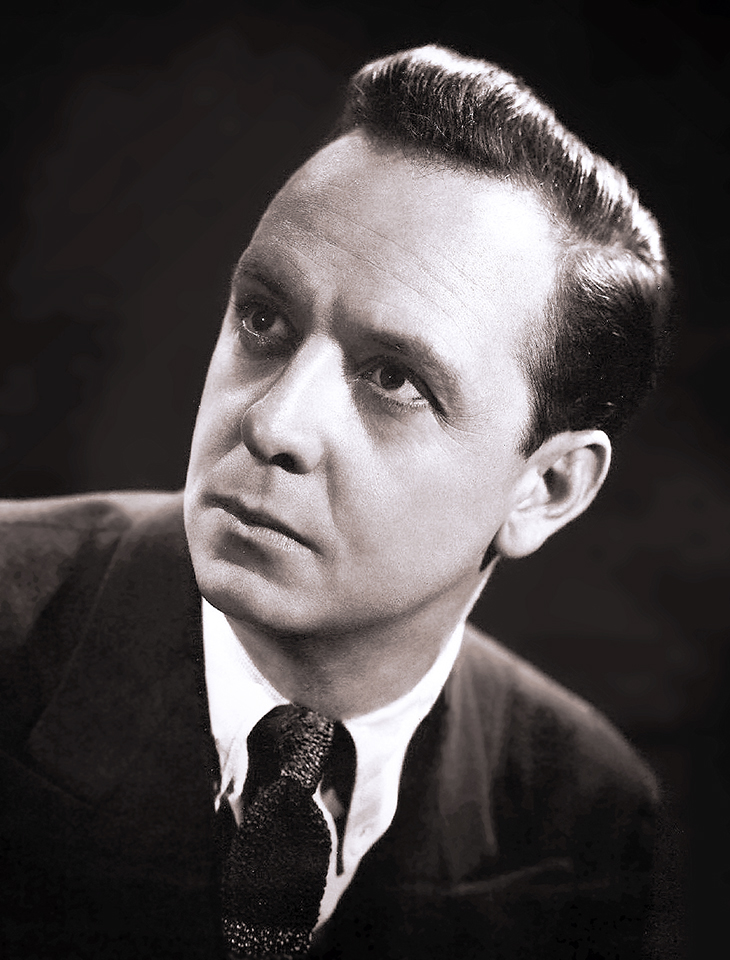 A2: Actress and radio personality (from the 1930’s – 1950’s) Arlene Francis also hosted other television shows during the 1950’s, while appearing as a panelist on What’s My Line?.

Newsweek touted her as the “First Lady of Television“. Her 2nd husband Martin Gabel appeared as a guest panelist on the show 112 times.

Below, a special episode of What’s My Line: 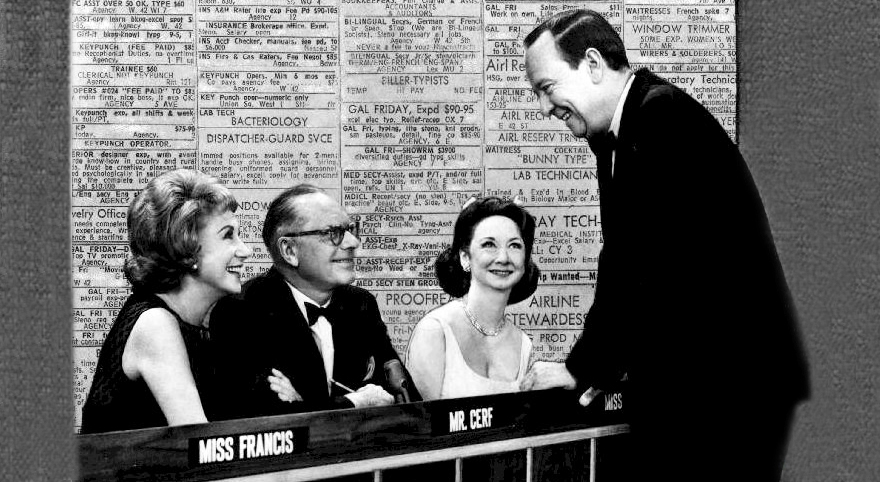 You left out Hal Block as a major contributor to the show in the early days. He was a regular panelist for the first three years. He go fired because he flirted with some of the guests inappropriately and made fun of the sponsor. There’s a big Wikipedia article on the guy.