He was best known to baby boomers as Principal Kaufman on Room 222, or as nostalgic tourist Jack Harmon in If It’s Tuesday, This Must Be Belgium (1969), but newer audiences and younger fans usually recognized Michael Constantine from the My Big Fat Greek Wedding movies & series. 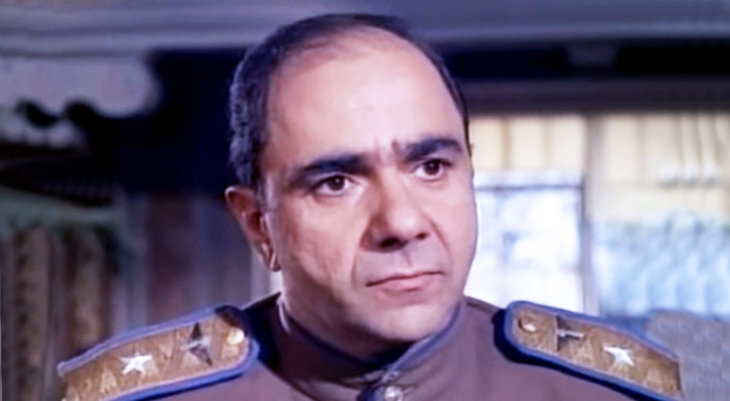 Nee Gus Efstration, hardworking character actor Michael Constantine was born on May 22, 1927 to his Greek immigrant parents in Reading, Pennsylvania. A younger sister died from spinal meningitis when Constantine was 5, and Constantine told online health education and information magazine WiRED International, that “this stays with a family“; he’s long had interests in and supported health-related causes. 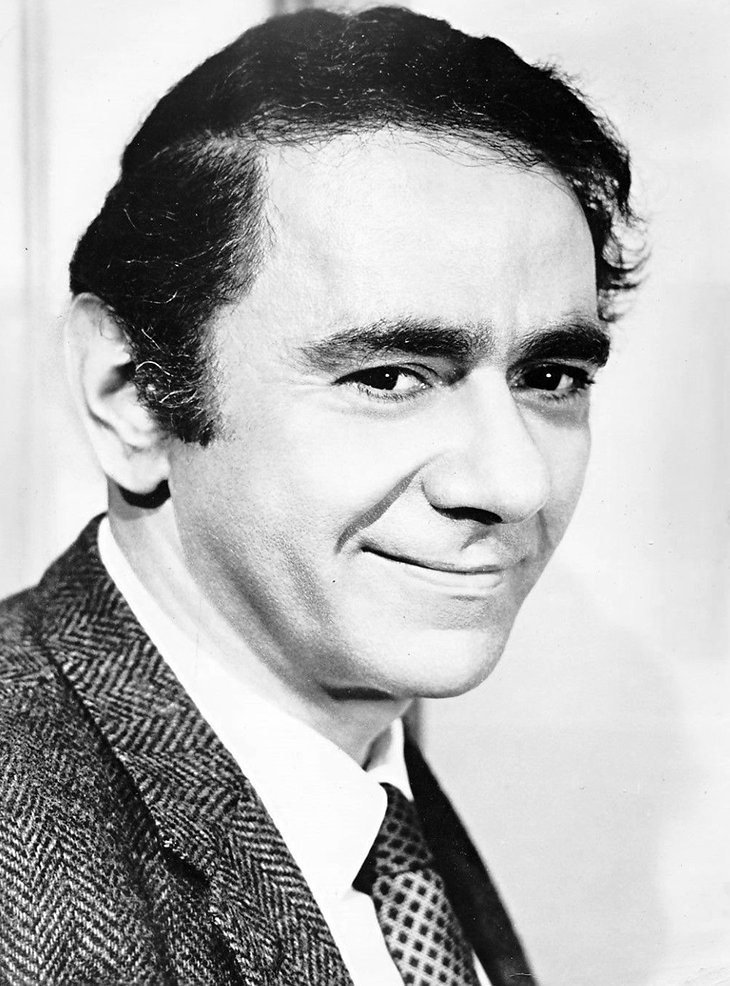 Michael Constantine’s professional acting career began in New York City in Inherit the Wind. He understudied the play’s lead, Paul Muni, and met actress Julianna McCarthy; they married in October 1953. While Constantine worked steadily on Broadway during the 1950’s, he and Julianna had daughter Thea Constantine (b. 1956).

Constantine’s first big-screen movie role was a co-starring role as a convict in the prison break film The Last Mile (1959), with Mickey Rooney and Frank Overton. Supporting character actors Frank Conroy, Milton Selzer, Clifton James, Don “Red” Barry, and others rounded out the cast of The Last Mile.

He’d begun acting in episodes of television series during the 1950’s, but the pace picked up in the first half of the 1960’s.

Constantine was a regular cast member on Hey, Landlord (1966-1967), a television series that lasted one season, and worked steadily in movies as well, acting in Hawaii (1966) with Julie Andrews, Max von Sydow, Richard Harris and Gene Hackman. He co-starred with Richard Anderson and Anne Jeffreys in Ghostbreakers (1967).

By the time son Brendan Constantine (b. 1966) came along, Julianna and Michael Constantine had moved their family to Los Angeles so they could both pursue acting in films and television. In 1969, they divorced after 16 years of marriage. 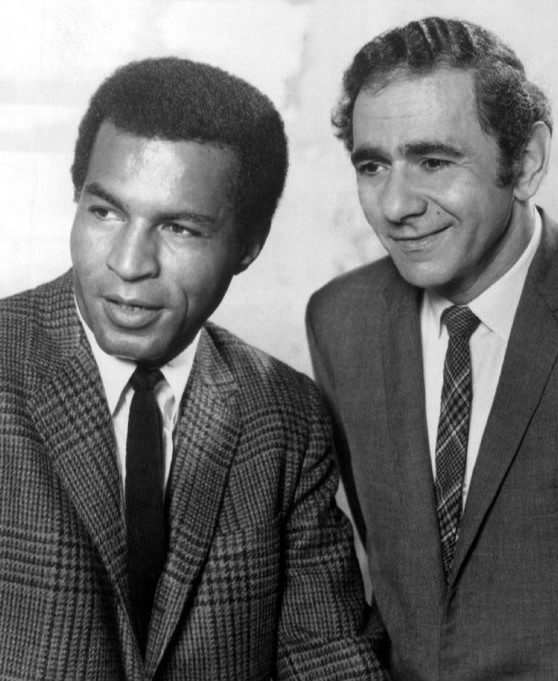 Most baby boomer fans will remember Michael Constantine best from the 1960s television series Room 222 (1969-1975) . He landed a regular cast member role as Principal Seymour Kaufman in the popular high school drama, opposite co-stars Karen Valentine, Denise Nicholas, and Lloyd Haynes. Constantine won a Best Supporting Actor Emmy Award in 1970 for his role as Kaufman on Room 222, and was nominated again the following year for it as well.

Prior to landing a leading role on Room 222, he had a recurring role from 1966-1967 on the Hey, Landlord sitcom, which starred Will Hutchins and Sandy Baron. He appeared in episodes of Hey, Landlord with guest stars John Astin, Richard Dreyfus, Rob Reiner, and Marlyn Mason.

In addition to 12 O’Clock High, Constantine’s many other guest-starring episodic TV gigs between 1966-1969 included these popular series:

Other 1960s movies of note for him include several star-studded films:

He made guest appearances on popular 1970s TV shows such as The Mary Tyler Moore Show, The Streets of San Francisco, Kojak with his friend Telly Savalas, The Odd Couple, McMillan & Wife, Ellery Queen, and Police Woman (starring Angie Dickinson).

In the late 1970’s as Constantine entered his 50+ years, he appeared in two miniseries – 79 Park Avenue (1977) and Roots: The Next Generations (1979) – and the television movie Summer of My German Soldier (1978), starring Kristy McNichol and Bruce Davison.

Michael Constantine had his own television series again in the mid-to-late 1970’s, as Judge Matthew J. Sirota in the NBC sitcom Sirota’s Court (1976-1977). 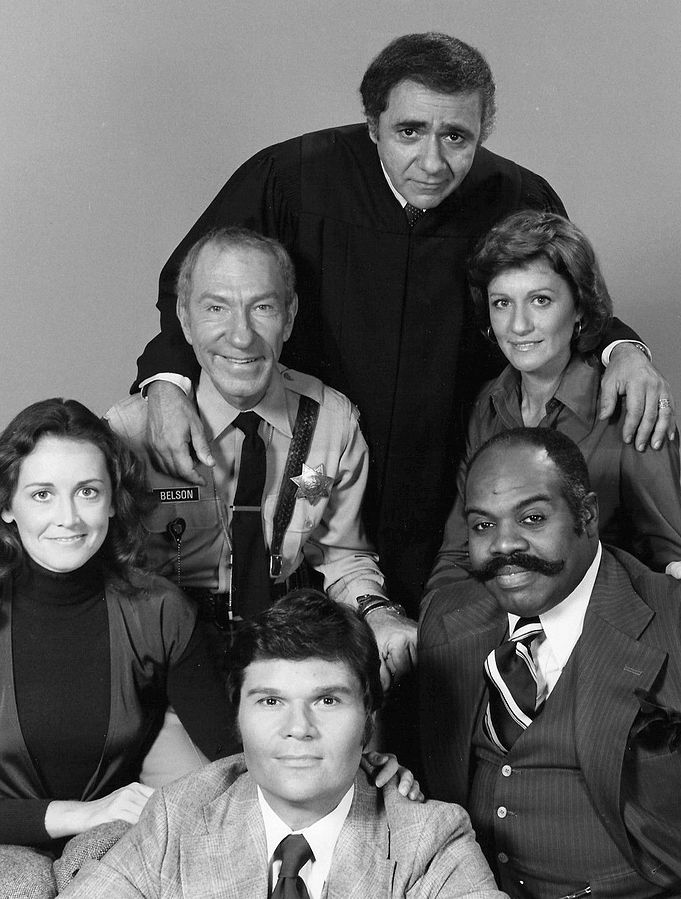 During the 1970s although his movie roles dwindled, he could still be seen in these other films:

Kathleen and Michael Constantine divorced in August 1980. Throughout the 1980’s and his 50+ and early 60’s years, Constantine continued to act in feature films and television. He guest-starred on TV series such as Murder, She Wrote, Simon & Simon, MacGyver, Magnum P.I., Remington Steele, The Love Boat, Trapper John, M.D., Lou Grant, The Fall Guy, The Love Boat, Hotel, Matt Houston, Highway to Heaven, and several episodes of Quincy ME.

Michael Constantine told WiRED International that he turned to writing as a past-time in the mid-1980’s, and began writing screen plays.

The 1990’s and the advent of his senior citizen years did not see him retiring from acting. He appeared on television series such as Law & Order and Cosby, and in big-screen movies:

The 89-year-old Constantine was back on the big screen after a 15 year absence, reprising his role as Gus Portokalos in the sequel movie My Big Fat Greek Wedding 2 (2016).

In a 2016 interview with 69 News WFMZ-TV, Constantine said that people often asked him to sign their Windex bottles, or give him a gift of a bottle of Windex, in tribute to his My Big Fat Greek Wedding character.

Although he didn’t retire from acting per se, he was more focused on writing after 2003, and completed a historical fiction book Sins of Holy Men. Constantine said he loved researching and used the internet for that. In 2016 he was in the midst of researching a new book on the life of Irish nationalist William Smith O’Brien, and had also started writing a memoir.

In a 2017 interview with Hellenic News, Constantine recalled meeting up with his own extended family in Greece for the first time while filming a movie there (My Palikari, 1983) with “my pal Telly” (Telly Savalas) and noted how moving the experience was.

Telly Savalas and Michael had been onscreen adversaries in the  adventure film Beau Geste (1966), which starred Guy Stockwell, Doug McClure, Leslie Nielsen, and a strong supporting cast. Below, a look back at a younger Michael Constantine, in Beau Geste. 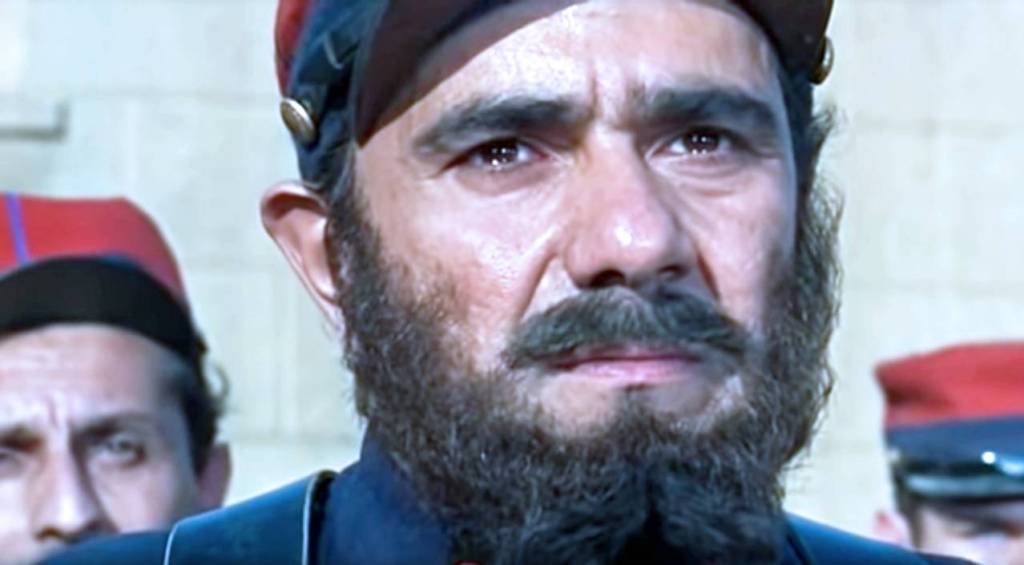 Constantine commented that he lovedto spend time with his children and two sisters, and divided his time between California and his home town of Reading, Pennsylvania. In an interview with Media Personality Brad Dalius, octogenarian senior citizen Michael Constantine said:

“I love life…I love getting up in the morning and looking out the window and seeing trees and greenery.”

Note: This article was first published in 2016 under the title Celebrating Seniors – Michael Constantine is 89. It has been updated with new / additional content.