In honor of Father’s Day, an homage to famous movie and television stars Alan Hale Senior and Alan Hale Junior – celebrity dads from the era of silent movies, classic films and TV.

Actor Alan Hale (nee Rufus Edward Mackahan when he was born on February 10, 1892) began his film career in the era of silent films around 1912. 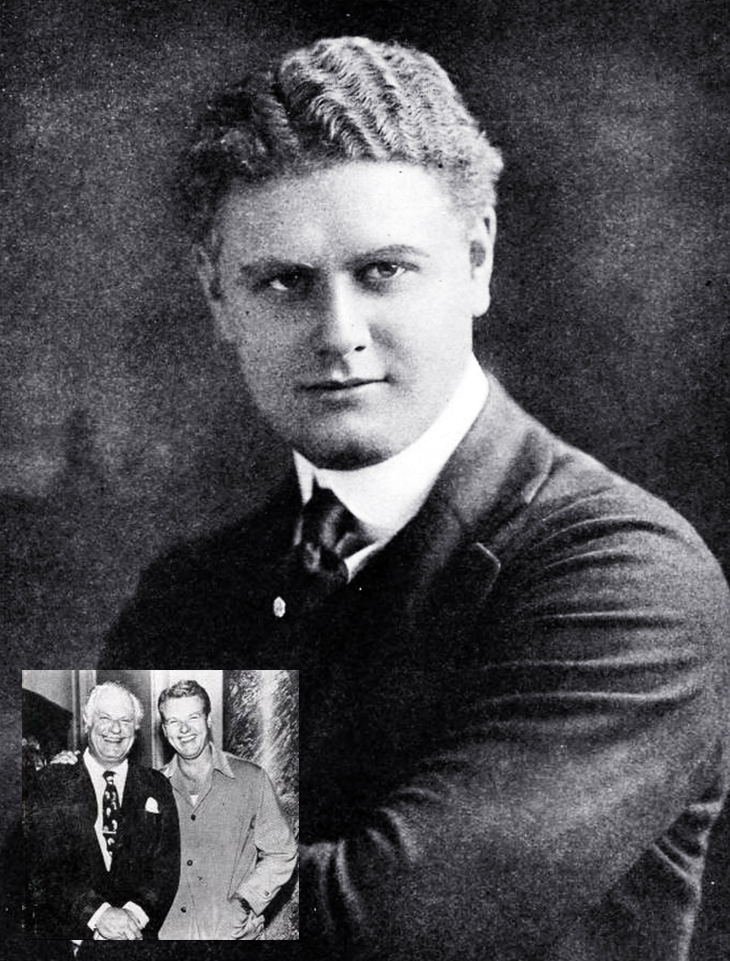 With a figure best suited to character parts, he carved a respectable career as a supporting actor in movies for Biograph and other early film studios.

He had a supporting role in Director Rex Ingram’s blockbuster silent movie The Four Horsemen of the Apocalypse (1921), which catapulted former taxi-dancer Rudolph Valentino into the stratosphere of film stardom. 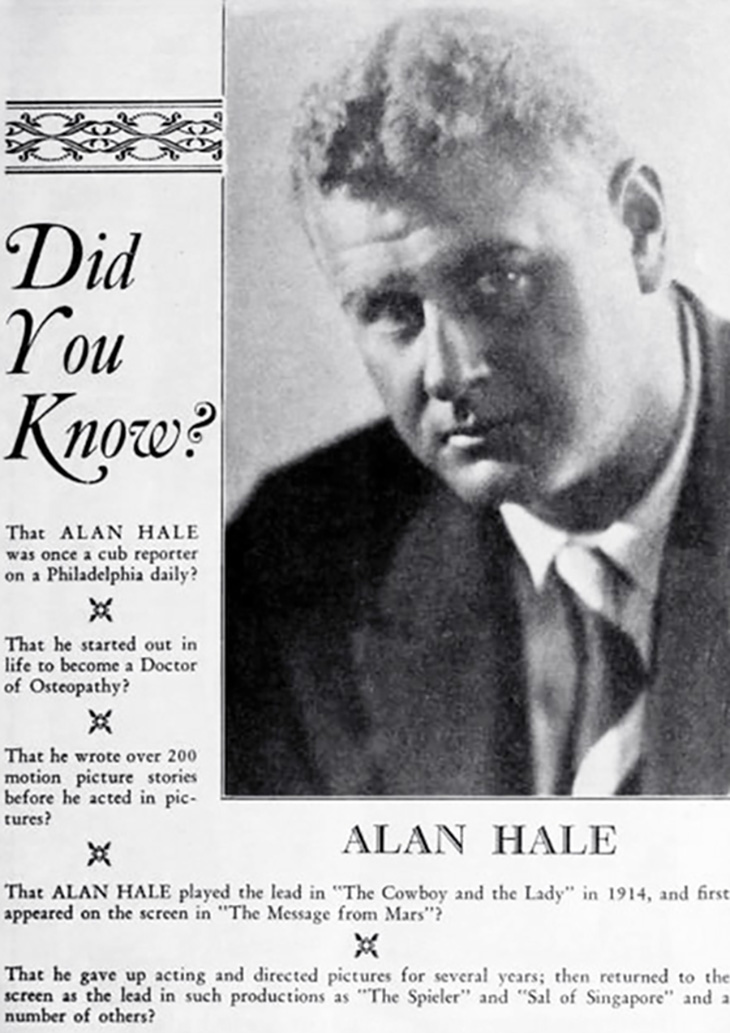 It wasn’t uncommon to be uncredited for acting, writing, and directing in the early days of filming; Alan Hale has no writing credits on IMDB, but does have some directing credits listed between 1915-1927, including Braveheart (1925) starring Rod La Rocque and Lillian Rich. 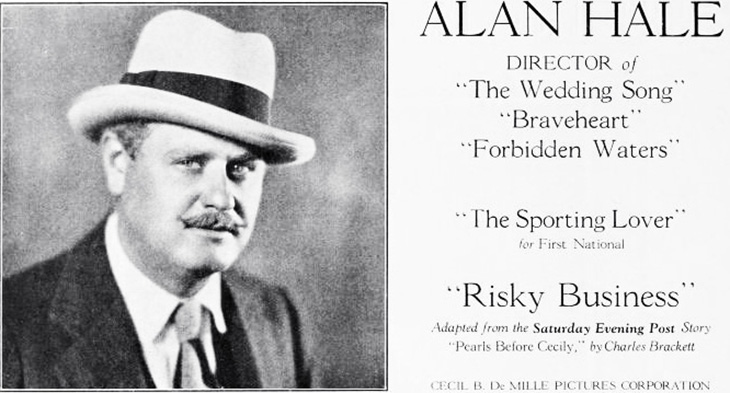 Hale Sr.’s acting career survived the transition to “talkies” and among his many 1930s and 40s film credits are roles in Rebecca of Sunnybrook Farm (1932); It Happened One Night (1934) starring Claudette Colbert and Clark Gable; Stella Dallas (1937) with Barbara Stanwyck, John Boles, and Anne Shirley; and Algiers (1938) starring Charles Boyer and Hedy Lamarr. 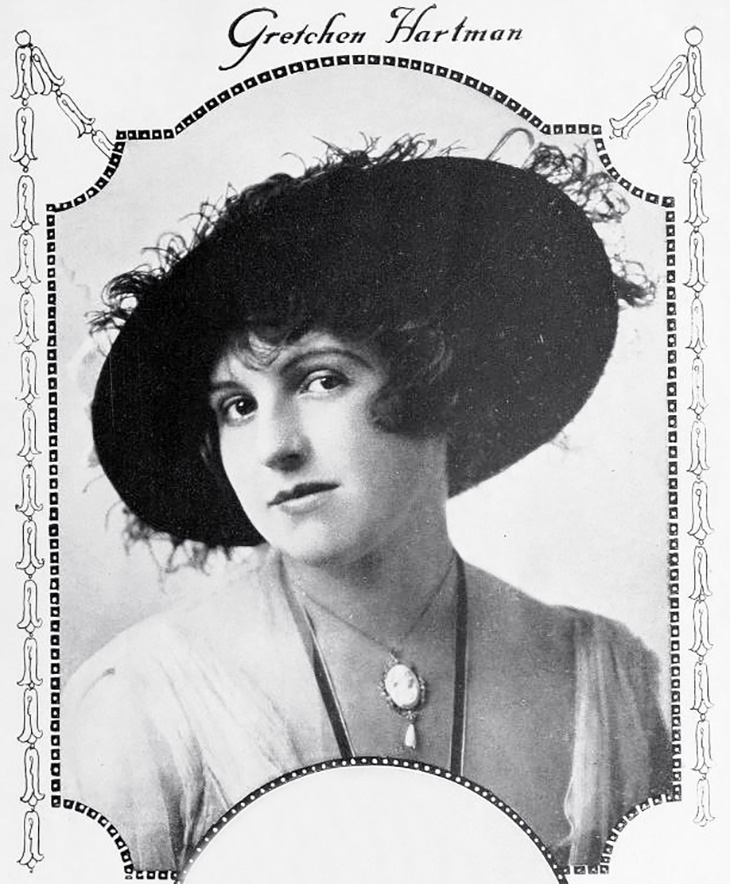 Alan Hale married actress Gretchen Hartman (nee Grace Barrett, born August 28, 1897) in 1914  Although not as well known as either her famous husband or son, Gretchen’s sister Ruth Hartman was married to silent film star Carlyle Blackwell from 1909-1923, paving the way for Gretchen to break into movies herself in 1911.

She appeared in several films husband with Alan Hale Sr., among which are East Lynne (1915), Rolling Stones (1916), and The Purple Lady (1916). She bowed out of pictures with the arrival of sound, after making an appearance in a few “talkies” – She Goes to War (1929) starring Eleanor Boardman, John Holland and Alma Rubens, and The College Coquette (1929) with William Collier Jr., Jobyna Ralston, and Ruth Taylor. 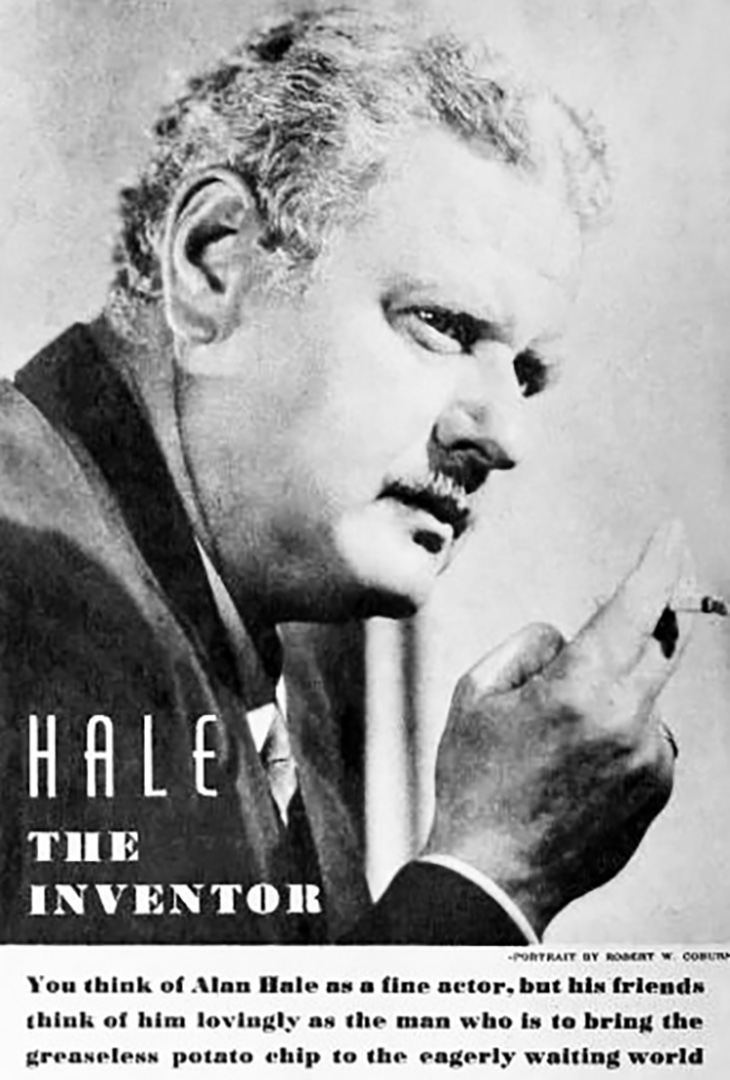 An inventor, Alan Hale Sr. gave the world the flip-up movie theatre chair, and dabbled with many other inventions over the years with his partner Merrill Hard, according to reporter Scoop Conlon (Hollywood, 1937). 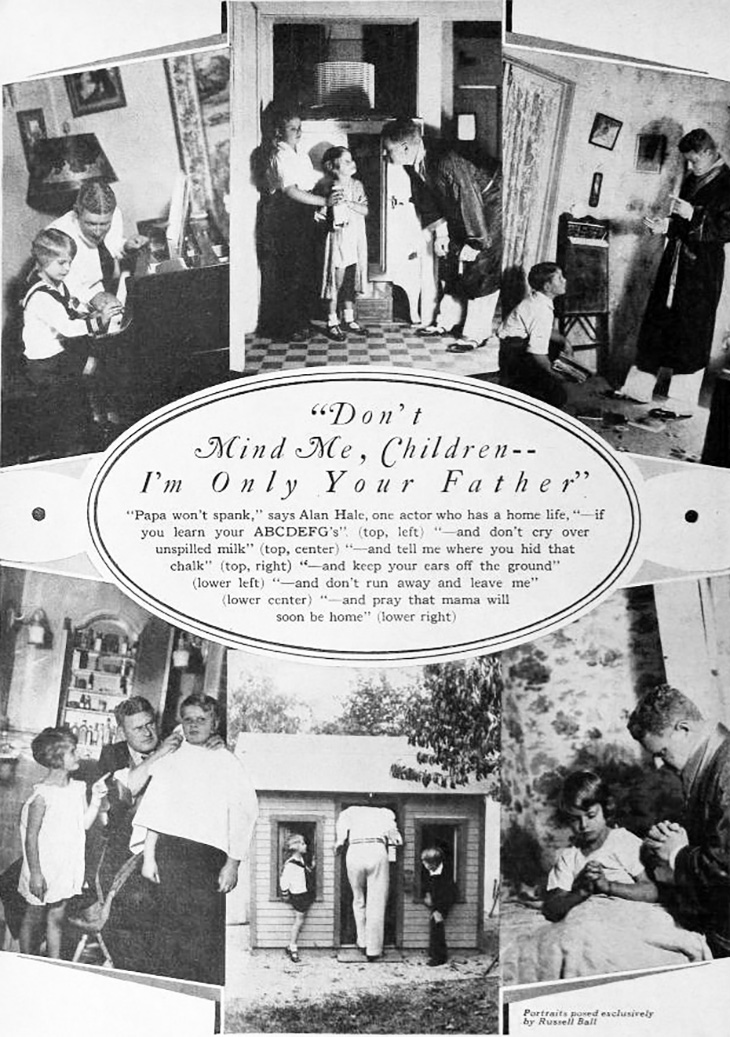 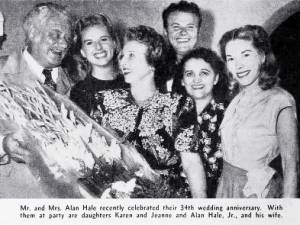 Alan Hale Jr. was born on March 8, 1921 and followed in his famous father’s footsteps, becoming a character actor in 1940s movies. 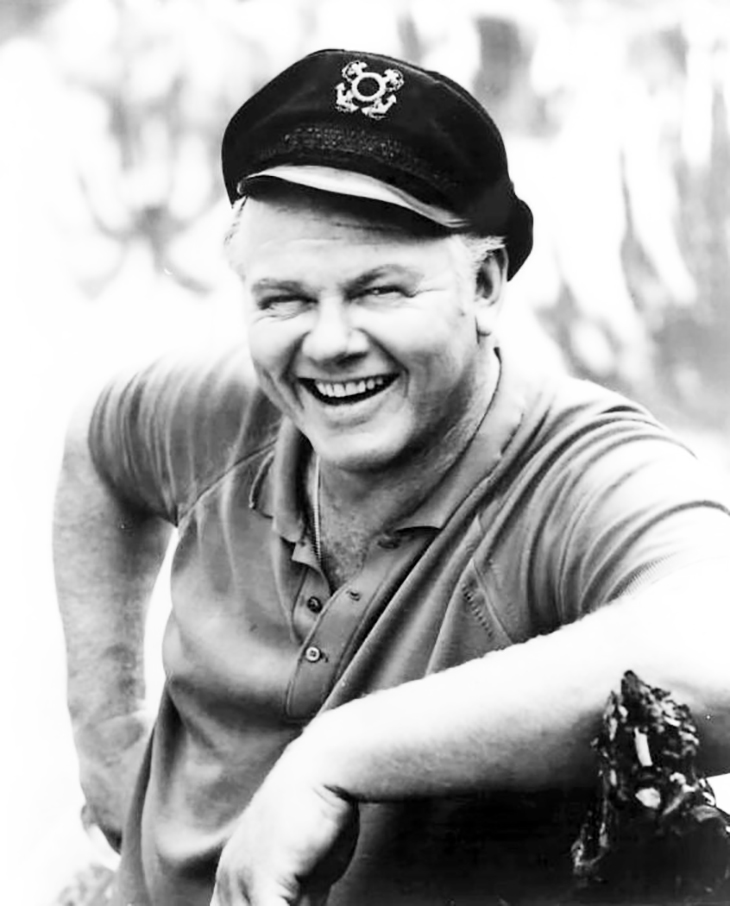 Alan Hale Jr. married twice and became a father himself to four children with his first wife, Bettina Reed Doerr (m. 1943-div.). He was married to his second wife Naomi Grace Ingram from 1964 until his death of thymus cancer in 1990 at the age of 68.

Between them both, father and son Alan Hale and Alan Hale Jr. amassed over 500 film and TV credits, although they never appeared in a movie together.