Innovations in fashion, lifestyle, science, and medicine improved lives and delighted people back in 1921. Leisure hours were brightened with entertainment by animals and people who would become household names in the world of books and magazines, music and radio, movies, and sports. 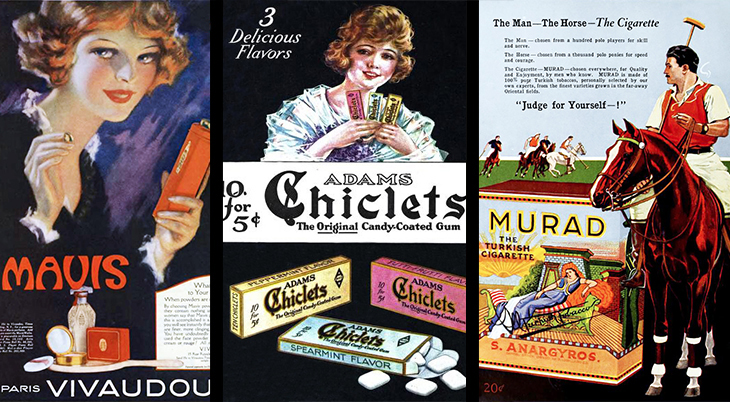 Fashionable styles for women were mid-calf length, loose drop-waist dresses, often tied with a sash around the hips. Swimwear for men AND women consisted of one-piece outfits that provided ample coverage down to the mid-thigh, sometimes longer. Hats for both sexes were de rigeur, and long plumes both narrow and wide, were popular. Women still wore boned corsets, but brassieres (more commonly abbreviated to bras today) were gaining in popularity.

Jokes like this, which appeared in 1921 editions of Captain Billy’s Whiz Bang humor magazine.

Three of the top male comedy actors of silent films in 1921 and for the remainder of the 1920s, were Buster Keaton, Jackie Coogan, and Harold Lloyd. 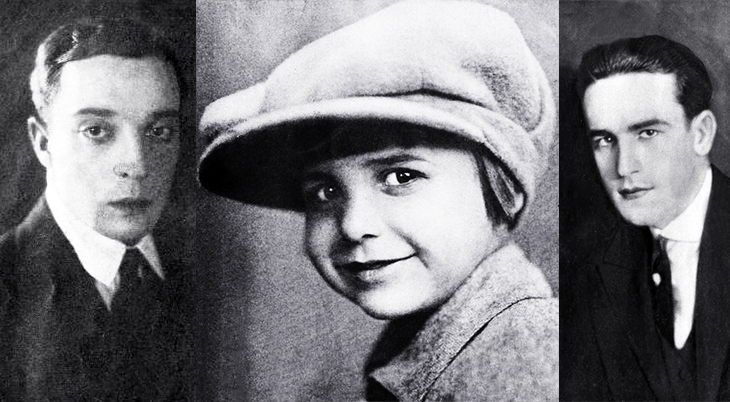 Jackie Coogan’s performance as The Kid (1921) helped boost this Charlie Chaplin film to the top of the box office in 1921.

Travel and transportation were evolving – from the cars we drove around town, to the buses, trains, ships, and early airplanes that took us farther afield and across the oceans. There was no such thing as the “Big Three” (General Motors, Ford, Chrysler) automakers; Chrysler hadn’t yet been founded, and although GM and Ford existed, they didn’t dominate the market as they do today. 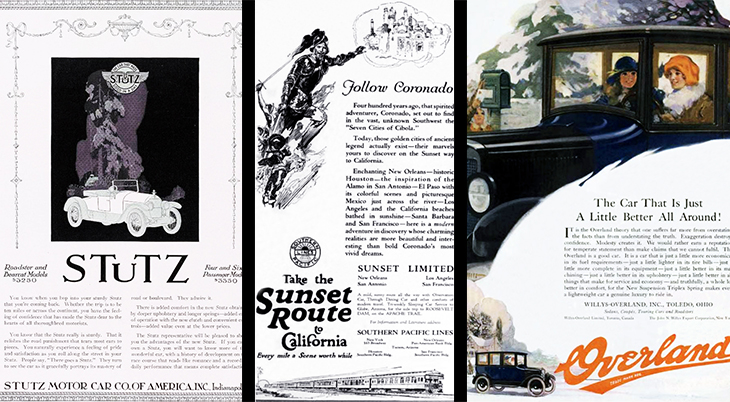 Stutz Motor Car Company and Willys-Overland were among the many other automobile manufacturers which enjoyed their share of vehicle sales during the 1910s and 1920s.

New leaders and political factions emerged in Asia and Europe that would eventually change the course of history and re-draw the borders of the world.

Prince Philip of Greece and Denmark was born June 10, 1921; he gave up his Danish and Greek citizenship and royal titles in order to marry Princess Elizabeth of England in 1947. 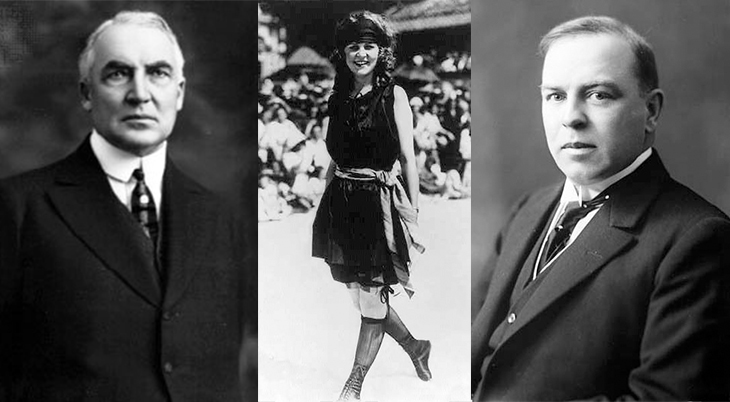 On the lighter side, the inaugural Miss America Pageant was held over 2 days, September 7th and 8th in Atlantic City, New Jersey. Margaret Gorman, a 16-year-old from Washington, D.C., was crowned the first Miss America.

Infectious diseases such as Poliomyelitis and Diptheria affected thousands of people in 1921. With no preventative vaccines in places, many died or were permanently disabled, including 39-year-old future American President Franklin D. Roosevelt.

Dr. Frederick Banting discovered insulin in 1921 with the help of his assistant Charles Best, and U of T researcher John MacLeod, while scientist Albert Einstein‘s lectures on his new Theory of Relativity resulted in him being awarded the Nobel Prize in Physics.

In 1921, three dogs battled it out at the boxoffice for movie supremacy – Strongheart (what a great name for a movie dog!) of First National Pictures, Brownie, the Wonder Dog of Century Films, and Keystone Teddy of Mack Sennett comedy films. 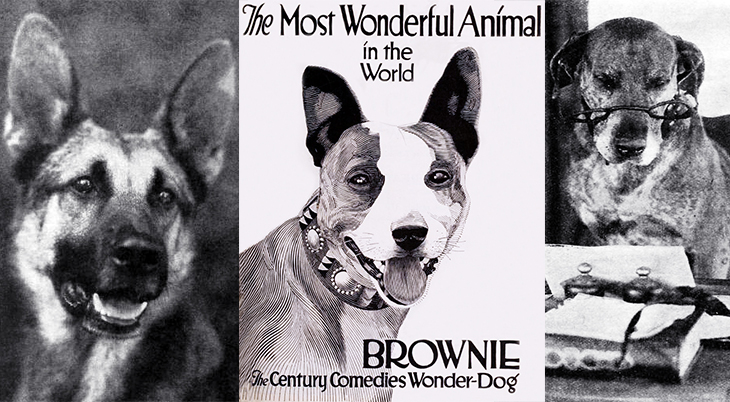 Opera and classical music lost greats Enrico Caruso and Hansel and Gretel composer Engelbert Humperdinck in 1921 (crooner Arnold Dorsey took his name professionally in the 1960s), but live music was thriving with concerts by pianist Sergei Rachmaninoff and other performers.

Radio stations were beginning to be established in a few cities, providing exposure for live singers, musicians, comedians, and news announcers to reach an audience at home.

Athletes that had had a great year or made the news for less favorable reasons included boxers Jack Dempsey and Georges Carpentier, long distance runner Paavo Nurmi, and baseball heavy hitter Babe Ruth and his New York Yankees. The NFL saw a new team called the Green Bay Packers join the league, and in the CFL, the Toronto Argonauts won the 1921 Grey Cup.

Riots, Crimes and Scandals of 1921

The seamier underside of drug and alcohol abuse in Hollywood was exposed in the latter half of 1921 when movie idol Wallace “Wally” Reid’s drug addiction broke in the press, and Roscoe “Fatty” Arbuckle was charged with the suspicious death of Virginia Rappe at an alcohol-fueled party.

The Year of Rudolph Valentino – or 1921 as most people think of it – was off to a great start when the blockbuster hit movie The Four Horsemen of the Apocalypse premiered at movie theatres. Rudolph Valentino was an overnight sensation after several years toiling as a taxi dancer and film extra. Sharing screen time with him were actresses Alice Terry (The Four Horsemen of the Apocalypse), Agnes Ayres (The Sheik), Alla Nazimova, and Patsy Ruth Miller (Camille). 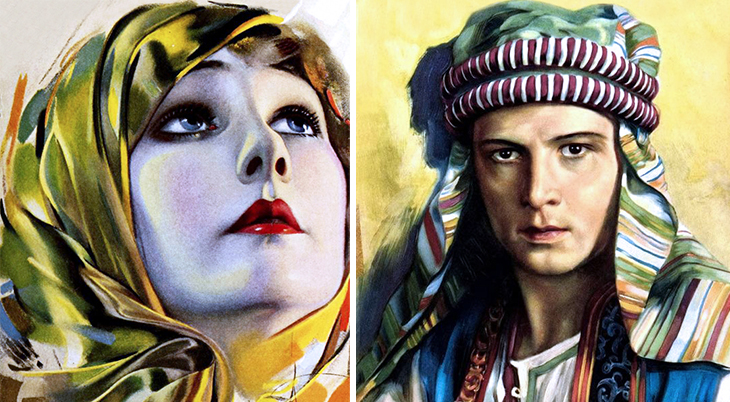 Among the top pics at the movie theatres for fans of action-packed westerns and adventure films in 1921, were The Queen of Sheba starring Betty Blythe, and Three Word Brand starring William S. Hart.

Perennial fan favorites from 1920 were back – Douglas Fairbanks in The Three Musketeers, Mary Pickford in Little Lord Fauntleroy, and Wallace Reid in The Love Special.

Popular Novels, Plays, and Writers of 1921

Many of the most popular writers of 1921 had their short stories or novels adapted as plays or silent films in 1921. Among the most prolific of the writers whose works were translated onto the screen that year were western/adventure novelists Rex Beach, Zane Grey, and James Oliver Curwood.

Silent movie screenplay writers were called “scenario writers”. At the top of their game in this field in 1921 were Anita Loos and her husband John Emerson, June Mathis (The Four Horsemen of the Apocalypse; Camille), writer-director Allan Dwan, Monte M. Katterjohn (The Sheik), and actress-writer Jeanie MacPherson (Forbidden Fruit; The Affairs of Anatol).

**This article is for general informational purposes only. Images and video are believed to be in the public domain or Creative Commons licensed & sourced via Wikimedia Commons, Vimeo, YouTube, or Flickr, unless otherwise noted**