Septuagenarian senior citizen and actor Chris Robinson was born on November 5, 1938 in West Palm Beach, Florida. 19-year-old Chris Robinson broke into acting in the movies with an uncredited part in the Tony Curtis film The Midnight Story (1957). 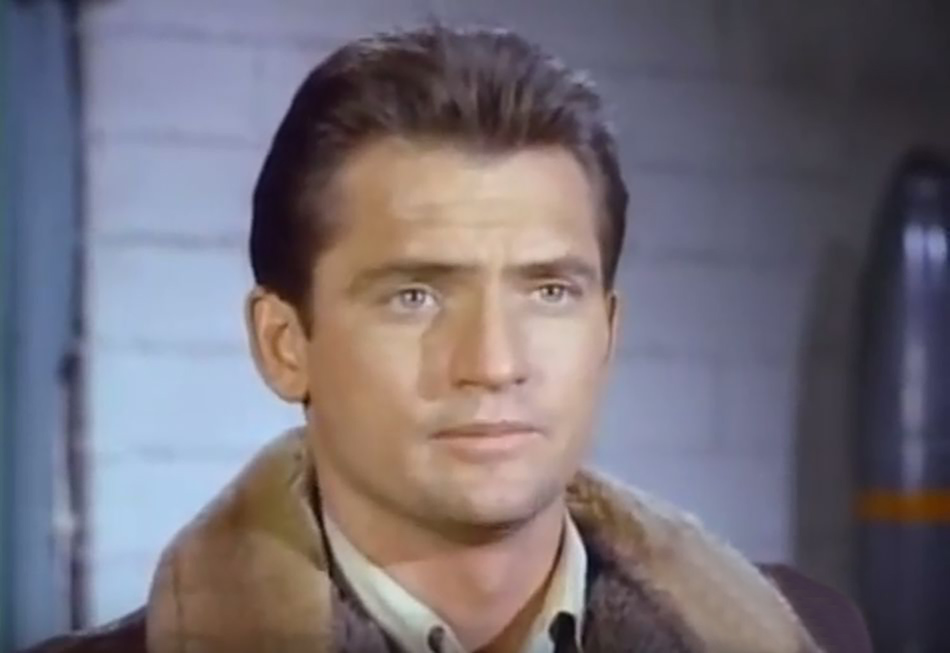 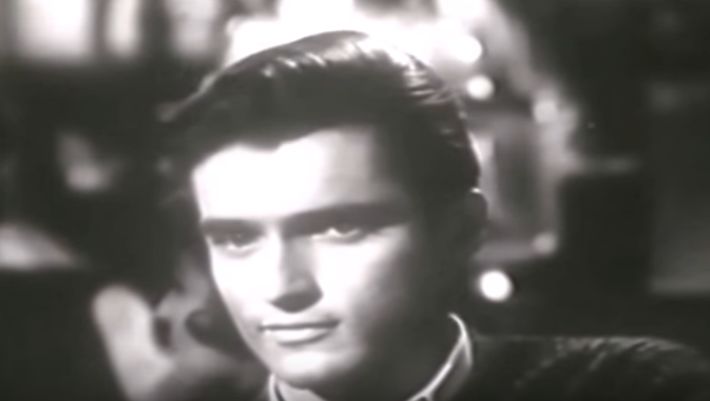 Sharp-eyed baby boomers might recall seeing Chris Robinson in feature films from the early 1960’s, including these movies and characters: 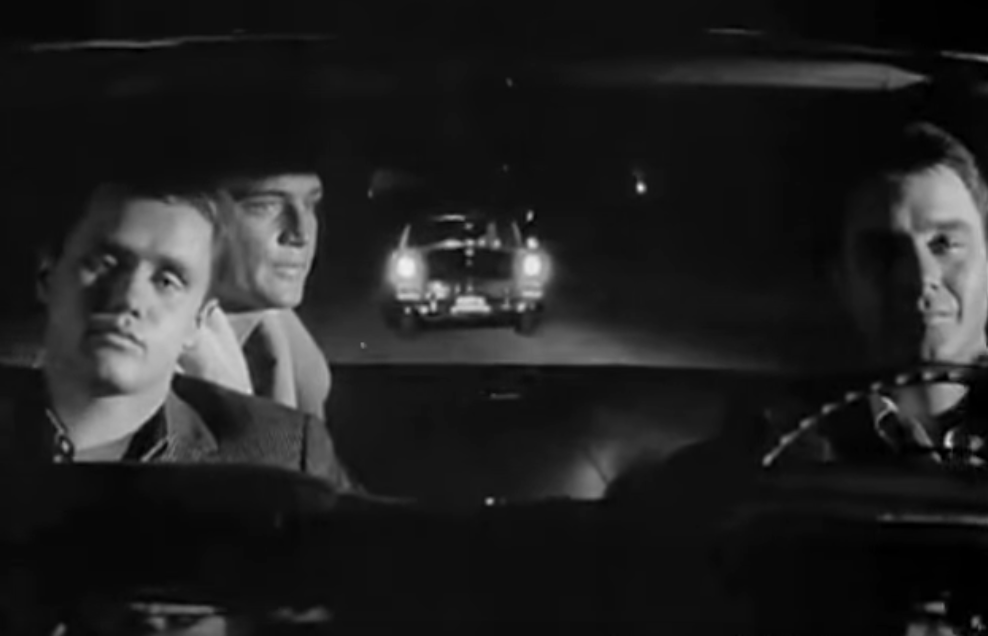 During the 1960’s and 1970’s, Chris Robinson’s episodic television guest-star work kept him busy and saw him appearing on many popular baby boomer series such as Colt .45, Bus Stop, Wagon Train, Perry Mason, and Hogan’s Heroes, and working with other familiar faces such as:

Chris Robinson appeared more than once on several series as different characters, including:

Chris Robinson found more film roles in the latter half of the 1960’s and 1970’s. Baby boomers might recall seeing him briefly in an uncredited role in the Frank Sinatra crime comedy Lady in Cement (1968), which also co-starred, Raquel Welch, Richard Conte and Lainie Kazan. Robinson had co-starring or starring roles in these films:

Robinson was reunited with actor Slim Pickens in the TV western movie The Busters (1978) starring Brian Kerwin, Buck Taylor, and Susan Howard (Dallas). Chris Robinson had worked with Slim Pickens before, beginning in the early 1960’s on an episode of Custer, and an episode of Wide Country with co-stars Earl Holliman and Andrew Prine.

Chris Robinson & Gerald S. O’Loughlin both guest-starred in the “Death Chain” 1971 episode of Burt Reynolds‘ TV series Dan August, in which they respectively played a bereaved spouse and father of a murdered woman. Burt and Chris had worked together previously when Robinson guest-starred on Gunsmoke while Reynolds was a regular on the show. In addition to Dan August regulars Norman Fell, Richard Anderson, and Ned Romero, other guest stars in the episode included Jan-Michael Vincent, Michael Lembeck, Ronald Taft and Peter Hooten as 4 youths. Robinson’s character of Stan Manders turns vigilante; the episode was later spliced with another Dan August episode to comprise the 1980 made-for-TV movie Dan August: Once is Not Enough. 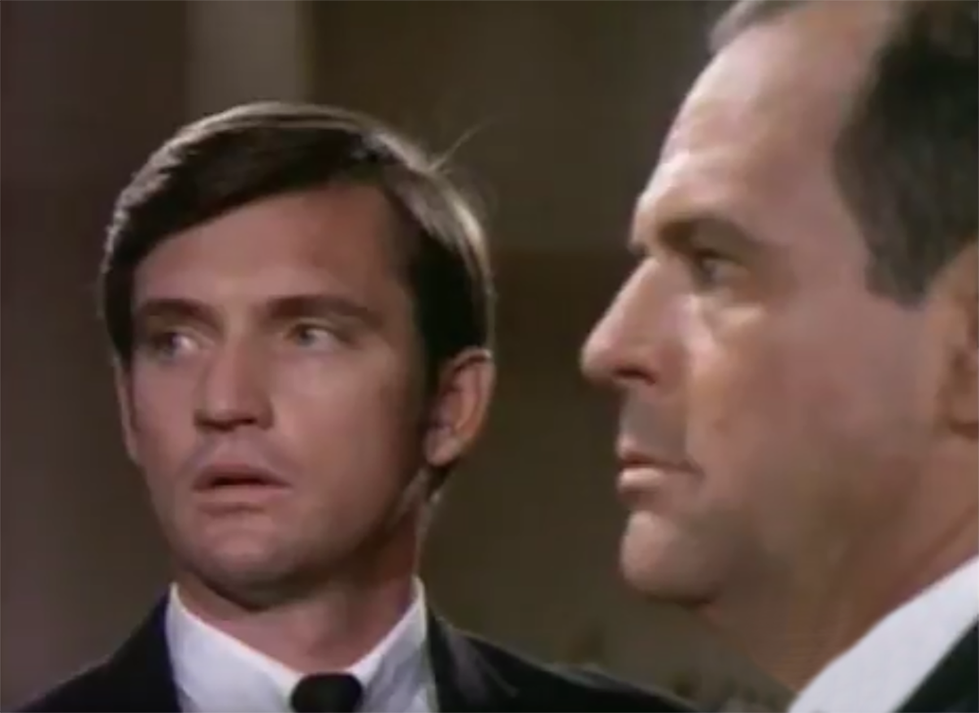 From 1978-1986, Chris Robinson played the role of Rick Webber on General Hospital. On General Hospital, his character Rick Webber was married to Lesley Webber – played by actress Denise Alexander, whom Robinson had appeared with on an episode of The Detectives in 1961. As Rick Webber, he had an on-screen affair with married Dr. Monica Quartermaine (played by Leslie Charleson), and was the adoptive father of Laura Webber Spencer Baldwin (Genie Francis). He also played a role in a storyline involving Laura‘s mental health after she accidentally killed a nurse that her step-father Rick Webber was having an affair with. Below, John Stamos as Blackie Parrish and Chris Robinson as Dr. Rick Webber, in a short clip from General Hospital.

In the late 1970’s and early 1980’s, Chris Robinson’s other television and film work was considerably reduced because of his General Hospital commitments. However, he could be seen on episodes of popular TV series such as CHiPs starring Erik Estrada and Larry Wilcox; in an episode of Fantasy Island starring Ricardo Montalban, with David Cassidy, Susan Lucci, Donna Pescow, Quinn Redeker, John Wesley Shipp, and Anson Williams. He appeared in the same episode of Hotel starring Connie Selleca and James Brolin, with Anthony Franciosa and Leigh Taylor-Young; and on Murder, She Wrote starring Angela Lansbury with Kate Mulgrew and James Shigeta.

The 2-part TV movie The Dream Merchants (1980) had Chris Robinson as Zack Larsen in a large cast that included Mark Harmon, Vincent Gardenia, Morgan Fairchild, Robert Picardo, Eve Arden, Morgan Brittany, Red Buttons, Robert Culp, José Ferrer, Robert Goulet, David Groh, Carolyn Jones (The Addams Family), Fernando Lamas, Ray Milland, and Howard Duff. Duff and Robinson had worked together in an episode of The Felony Squad 13 years earlier in 1967; Morgan Fairchild and Robinson had been in the same episode of Barnaby Jones; and José Ferrer and Robinson were in The Aquarians TV movie in 1970.

In 1980, Chris Robinson had a marriage commitment” ceremony with property master Rhonda Plasterer-Robinson on July 12, 1980. They couldn’t legally marry on that date because Robinson’s divorce from one of his previous wives was not yet finalized. Before separating in 1984, Rhonda and Chris Robinson had sons Shane Powhattan Robinson and Coby James Robinson (b. 1984). Robinson’s romantic and family life was already complicated before he began a new family with Rhonda; he had been in several previous relationships and already had 4 children:

By the end of 1984 when he separated from third wife Rhonda Plasterer-Robinson, Chris Robinson now had 6 children with 4 different women.

In 1985, a 45+ Chris Robinson was convicted of income tax evasion. He served 4 months in prison but was allowed to continue working on General Hospital under a prison work-release provision. During a 1986 interview on Hour Magazine in 1986, Robinson appeared with his grown daughter Jill Janger and said his prison sentence was the best thing that ever happened to him, bringing him closer together with his family. Robinson subsequently became in a program for young offenders.

Now in his 50+ years, Chris Robinson continued to work in feature films such as Viper (1988) with Linda Purl and Jeff Kober, and the fantasy-comedy Like Father Like Son (1987) starring Dudley Moore, Kirk Cameron, Margaret Colin, Catherine Hicks, Patrick O’Neal, and Sean Astin.

When his time on Another World ended in 1989, Chris Robinson moved back to Los Angeles where he had another son – Christopher Paul Robinson – with a woman named Lisa. Christoper Paul Robinson produced the short documentary Bastard: An Illegitimate Film (2010) detailing his complex family tree. In Bastard: An Illegitimate Film, Chris the son said his father Chris Robinson and mother Lisa never married, and had conceived him in his mother’s dressing room at General Hospital.

Bastard: An Illegitimate Film from Chris Robinson on Vimeo.

Chris Robinson the father began living with Lesleigh Egan, and had two more sons with her – Christian Robert Robinson, and Taylor Joseph Robinson (b. March 1991).  Robinson now had 9 children from six different relationships; his life could have served as the “bible” for a new soap opera.

Chris Robinson moved back to Arizona, where he is a businessman and owns several rental properties. He was a septuagenarian senior when he married his fourth wife, artist/actress Jacquie Shane, on April 24, 2011.

a former neighbor and I baby sat for Christopher when I was a teen. I saw his ex wife Phyllis a few years ago at a luncheon..... nice lady. Not sure if she is still alive, but I believe their son is living in Lake Worth.