Q1. Which recurring sketch segment star’s famous line on Rowan & Martin’s Laugh-In was “Sock it to me“?

Q2. Name two of the regular female cast members who had their bodies painted and go-go danced in bikinis for the Mod, Mod World segments in the first (1968) season of Rowan & Martin’s Laugh-In? 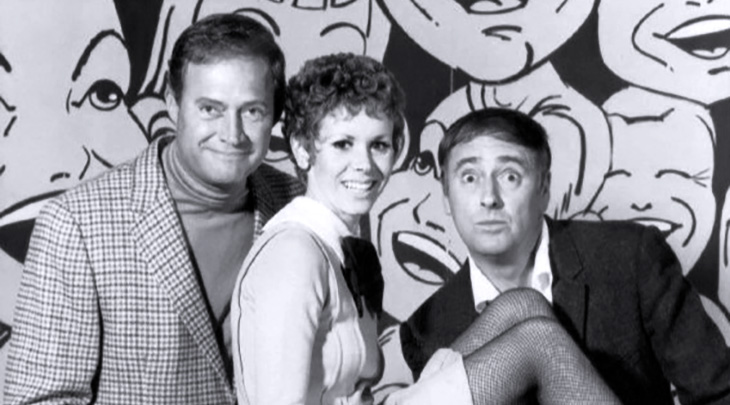 Seniors and baby boomers will recall that guest performers often included musical acts as well as recurring performer “Tiny Tim” who was often featured. Tiny Tim’s falsetto rendition of Tiptoe Through the Tulips became a top 40 hit thanks to airplay Rowan & Martin’s Laugh-In. 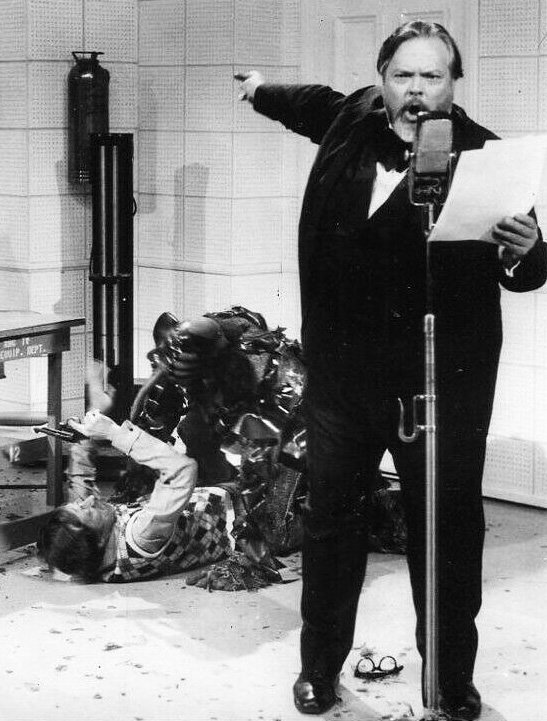 A wildly diverse crop of guest-stars ranged from producer/actor/director Orson Welles, to mime Marcel Marceau, jockey Willie Shoemaker, and everything in between.

Among the many guest-stars who appeared multiple times on Rowan & Martin’s Laugh-In during the series 5-year run were : 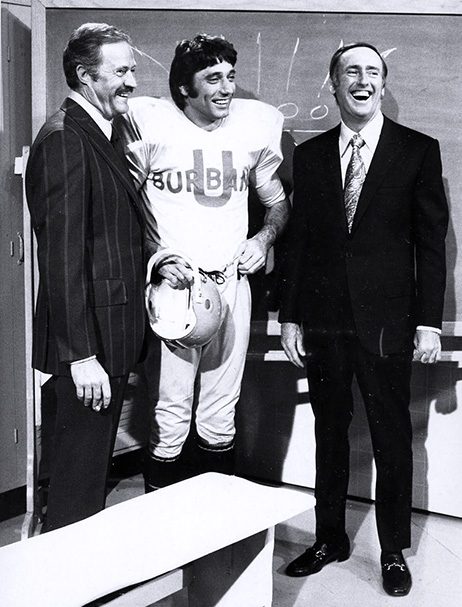 NFL quarterback Joe Namath appeared 3 times on Laugh-In between 1971-1972, while he was with the New York Jets.

Unfortunately both Laugh-In hosts have since passed away – Dan Rowan was a new senior citizen when he died in 1987 (age 65), and Dick Martin an 86-year-old octogenarian when he died in 2008. 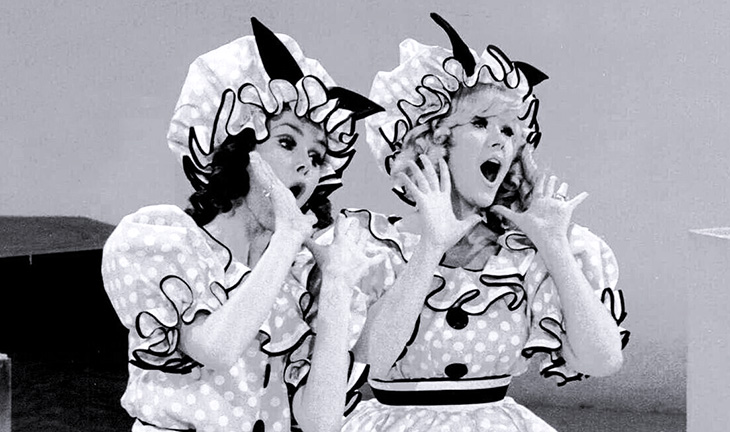 A1. Judy Carne was “tricked” into saying “sock it to me” during Laugh-In sketches, after which water was dumped on her.

A2. Goldie Hawn, Judy Carne, Chelsea Brown, Ruth Buzzi and Jo Anne Worley shared the dancing duties in the first season. In later seasons, the dancing was done by extras.