American actress (Peck’s Bad Girl), songwriter, and nonagenarian senior citizen Marsha Hunt (nee Marcia Hunt) was born on October 17, 1917 in Chicago, Illinois. In an acting career that spanned more than seven decades – 70+ years – Marsha Hunt acquired over 100 acting credits and worked with some of the biggest stars in Hollywood.

Below, Marsha Hunt circa 1939 in a screenshot from the movie Longshot, and 74 years later as a nonagenarian senior citizen.

The Hunt family moved to New York City when she was a child and 16-year-old Marsha graduated from Horace Mann High School for Girls in 1934.

Marsha Hunt began modeling and taking acting classes, and according to columnist and long-time friend Colin Briggs in a biographical article he wrote for Classic Images, was invited by photographer Robert Mack and his wife to join them in Hollywood in 1934.

A screen test and contract with Paramount Pictures soon followed for 17-year-old Marsha Hunt; she made 14 feature films before her contract ended in 1938. Actor Robert Cummings was a romantic lead in Marsha Hunt’s first movie, The Virginia Judge (1935). Off screen, Robert Cummings and Marsha were friends; they even dated and he taught her to fly. 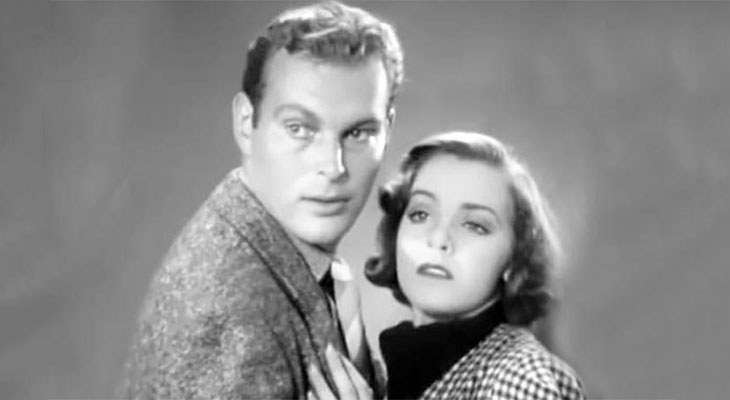 In one of her biggest pictures while still under contract to Paramount Pictures, Marsha Hunt co-starred with John Wayne in the western romance Born to the West (1937). 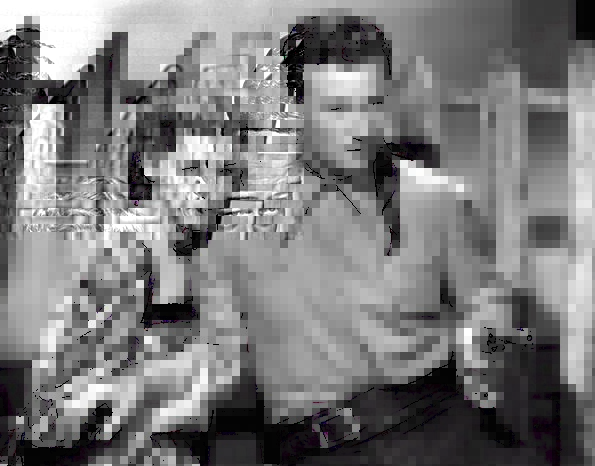 Her Paramount contract wasn’t renewed in 1938, but by then Marsha Hunt was happy off-screen. While filming Annapolis Salute, she had fallen in love with an assistant music department head at Paramount Pictures called Jerry (Jay) Hopper. Jerry was columnist Hedda Hopper’s nephew and wanted to be a director. On November 23, 1938, 21-year-old Marsha Hunt married 31-year-old Jerry Hopper. 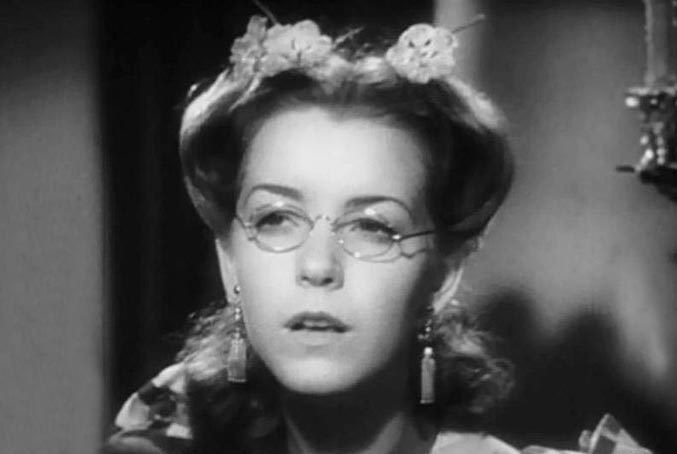 Marsha Hunt’s dramatic performance as a woman who commits suicide was praised by her These Glamour Girls co-star Richard Carlson, and they appeared together again in Winter Carnival (1939) and The Affairs of Martha (1942). Mr. and Mrs. Richard Carlson later became neighbours of Marsha Hunt and Jerry Hopper.

After starring in a few more movies that included the comedy Irene (1940), Ellery Queen, Master Detective (1940), and taking a small role in the World War II film Flight Command (1940) starring Walter Pidgeon and Robert  Taylor, Marsha Hunt signed a new contract with MGM. She appeared in 11 movies between 1941-1942, including:

By now WWII was becoming more important in America, and Marsha Hunt and Kathryn Grayson spent time knitting sweaters for soldiers. Hunt volunteered as hostess at the Hollywood canteen, and toured Canada and Alaska with the USO. Jerry Hopper enrolled in the U.S. Army in 1942 and was stationed in Long Island, directing training films. Due to Hopper’s military service, the couple was separated for almost 2 years (1942-1944).

Marsha Hunt continued appearing in movies. She had first met actress Ann Sothern when they both appeared in Joe and Ethel Turp Call on the President (1939), and they worked together again in the movies Panama Hattie (1942), and Cry Havoc (1943) with Joan Blondell and Robert Mitchum in an early, small role. Hunt was reunited with Mickey Rooney for a third time in The Human Comedy (1943), which also had Van Johnson, Donna Reed, and Robert Mitchum in another uncredited, early role. 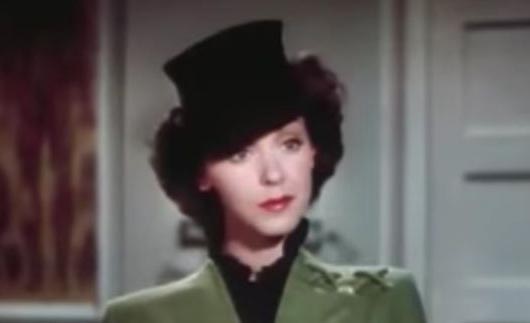 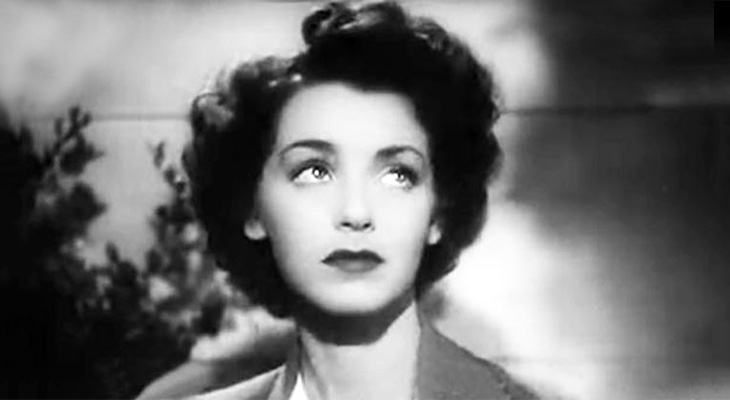 Marsha’s husband Jerry Hopper took took some leave time from the army to be with her while she filmed the movies Bride by Mistake (1944) with Laraine Day, and the musical comedy Music for Millions (1944) co-starring Jimmy Durante, June Allyson, and Hunt’s friend Margaret O’Brien.

Despite these brief reunions with Jerry Hopper, when the war ended so did his marriage to Marsha Hunt; they found they were incompatible and divorced in 1945. Jerry Hopper remarried and was an octogenarian senior citizen when he died at the age of 81; he’d had a history of heart problems.

Marsha Hunt appeared in The Valley of Decision (1945), a drama starring Greer Garson, Jessica Tandy, Gregory Peck, and Lionel Barrymore (Hunt’s co-star from 1941’s The Penalty).  This was Marsha Hunt and Greer Garson’s third and final film together.

Actress Audrey Totter later told Marsha she had gone with her date at the time to see Hunt in 1943’s Human Comedy, and at the sight of Marsha in a lace evening gown, Totter’s date said, 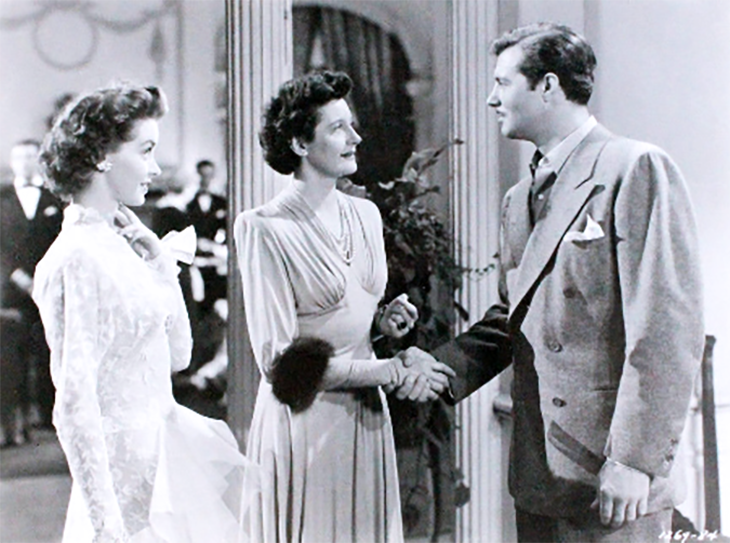 The Presnell family lived in Sherman Oaks, California during their marriage and Marsha Hunt returned to acting in the dramas Smash-Up: The Story of a Woman (1947) starring Susan Hayward and Eddie Albert, and Carnegie Hall (1947). Hunt was pregnant while filming Carnegie Hall and very sick; a premature daughter born in July 1947 died the next day.

Below, Marsha Hunt, Dennis O’Keefe, and Claire Trevor are featured in a clip from the movie Raw Deal (1948), one of her last big starring roles.

Marsha Hunt was blacklisted in 1947 after she flew to Washington with fellow actors and Hollywood sympathizers (the Committee for the First Amendment) that included John Huston, Humphrey Bogart, Lauren Bacall, and Gene Kelly, to protest the investigation of “The Hollywood Ten” by the House Un-American Activities Committee (HUAC) . Marsha Hunt appears in several documentaries about the Hollywood blacklisting that took place during the late 1940’s-1950’s, including Dalton Trumbo: Rebel in Hollywood (2006).

For the next 10 years Marsha Hunt’s appearances in movies was minimal, although she did appear in plays and on television. Baby boomer fans might recall catching glimpses of Marsha Hunt in:

After a miscarriage, Marsha and husband Robert Presnell Jr. took a  trip overseas in 1955, and Hunt began to support the United Nations in the fight against hunger in third world countries, and for global peace, by writing, producing, directing, and speaking about the U.N.

Throughout the 1960’s, Marsha Hunt could be seen periodically in episodes of popular baby boomer television series such as The Twilight Zone and My Three Sons.

Hunt appeared with the Who’s Who of TV’s Golden Era, guest-starring in:

Marsha Hunt guest-starred on two television series starring actor Darren McGavin, who had appeared with her in the short comedy A Word to the Wives (1955): The Outsider, and The Name of the Game.

As the 1960’s ended and the 1970’s began, a 50+ Marsha Hunt appeared in the horror thriller TV movie Fear No Evil (1969) with Louis Jourdan, Lynda Day George, Carroll O’Connor, and Bradford Dillman. Around this time, Hunt spoke about her interest in songwriting, something she continued to work on as a senior citizen.

Marsha’s episodic television work and co-stars in the 1970’s and early 1980’s included:

In the anti-war drama feature film Johnny Got His Gun (1971) co-written and directed by fellow former blacklisted writer Dalton Trumbo, Marsha Hunt played the mother of star Timothy Bottoms; their co-stars were Jason Robards and Donald Sutherland. In the book 80: From Ben Bradlee to Lena Horne to Carl Reiner, Our  Most Famous Eighty Year Olds, Reveal Why They Never Felt So Young, (2007) by Gerald Gardner and Jim Bellows, Hunt recalled her husband Robert Presnell Jr. letting Dalton Trumbo put Presnell’s name on a script so Trumbo could “pay his bills.” She also referred to the House un-American Activities Committee, warning

“We need to be on guard against that kind of hysterical political virus sweeping the nation again.” 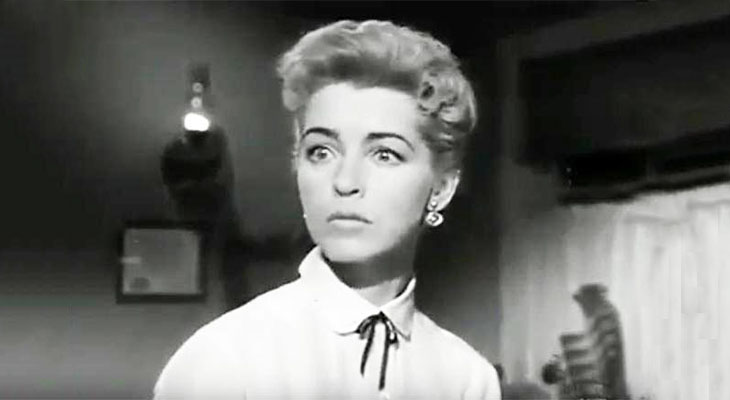 Senior citizen Marsha Hunt became the Honorary Mayor of Sherman Oaks in the early 1980’s, and worked with then-mayor of Los Angeles Tom Bradley to found the Valley Mayors Fund for the Homeless, a cause she worked for and supported for almost 20 years. Hunt’s husband Robert Presnell Jr. died unexpectedly in his sleep in June 1986 after 40 years of marriage.

It would be two years before Marsha Hunt returned to acting, appearing in an episode of Murder She Wrote starring Angela Lansbury, with John Astin, Tom Bosley, Joseph Campanella, and Parker Stevenson; and in Matlock starring Andy Griffith and Linda Purl.

The next year, a now 90-year-old Marsha Hunt advised that there were some advantages to older age, including the freedom to spend her day as she wants. She said she no longer worked on committees and boards of trustees as it was too difficult to hear people, and confessed that macular degeneration had reduced her vision to only being able to see 2-3 letters at a time.

“Though I’m in splendid health, partially diminishing sight and sound have slowed me down.”

Despite her vision and hearing loss, nonagenarian senior Marsha Hunt co-starred in the short crime drama The Grand Inquisitor (2008), and made her last on-screen acting appearance in the TV docu-drama Empire State Building Murders (2008) with former co-stars and Hollywood golden age legends Ben Gazzara, Kirk Douglas, Cyd Charisse, and Anne Jeffreys. Also in The Empire State Building Murders with Hunt was Mickey Rooney, whom she had first worked 69 years earlier in 1939’s The Hardy’s Ride High. 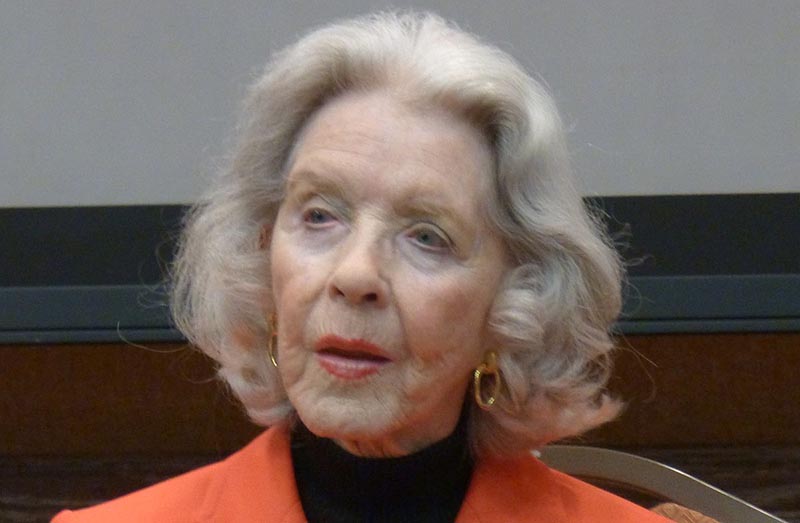 The following year, the World War II feature documentary Journey to Royal, scheduled to be released in 2017 when Marsha Hunt turns 100, stars the film’s writer-director Christopher Johnson, and Marsha Hunt as herself.

I was born at the end of WWII and my mom gave me a love of the movies of the 30's and 40's. I just watched Marsha Hunt in "Joe Smith, American." It was obviously a war time effort to strengthen the resolve of the American people, but it piqued my interest in Ms Hunt. I read your celebration of her career which I greatly appreciated. What a wonderful, enduring life! In these troubling times, it was great to read about a strong woman who endured much but always had the character to continue to do good things. I hope she knows how much she is admired. I will search our her other efforts. Thanks

I love Hollywood's Golden Era (1930's, 1940's especially), and Marsha Hunt was one of my favorites. Whether playing a nice person or a witch, she became her characters. I'm happy that you chose to spotlight her. She still looks great at 99, and I pray that God allows her to make 100 like Olivia de Havilland.