Academy Award-winning actress Jane Wyman began her film acting career in 1932 at the tender age of 15, and continued in a career that would endure for over 50 years. 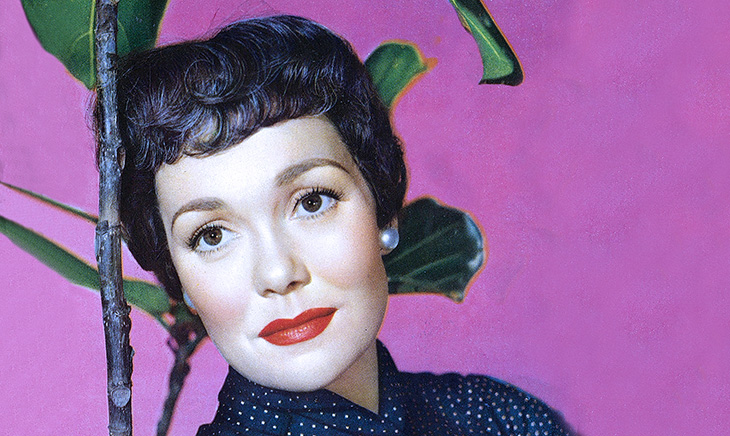 Born Sarah Jane Mayfield on January 5, 1917 in Saint Joseph, Missouri, her first marriage was as 16-year-old Jane Fulks, to salesman Ernest Wyman in April 1933. Jane had taken her foster father’s (Richard D. Fulks) last name, after her father died and her mother moved away. Ernest and Jane Wyman were divorced in 1935 after 2 years of marriage.

In June 1937 Jane Wyman married for the second time, to businessman Myron Futterman. Myron Futterman and Wyman separated after 3 months, reportedly because she wanted children and he did not; their divorce was finalized in December 1938. 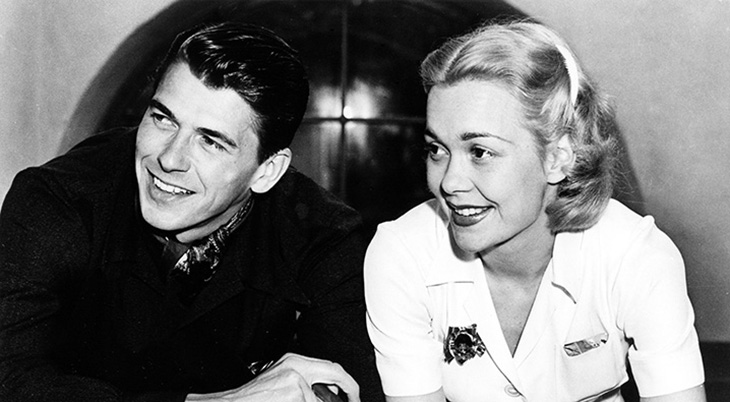 (Ronald Reagan and a blonde Jane Wyman on their honeymoon in 1940 Photo: UPI)

By the end of the 1939, Jane Wyman had already appeared in 40 feature films in small roles, and was beginning to make a name for herself in Hollywood.

Wyman and Reagan had co-starred in the comedy films Brother Rat (1938) and it’s sequel Brother Rat and a Baby (1940).

Despite their divorce, Jane remained an admirer of ex-husband Ronald Reagan’s, telling her personal assistant that she voted for him twice as President, and saying at his 2004 funeral that

“America has lost a great President and a great, kind, and gentle man.”

Jane Wyman won the Academy Award for Best Actress for her role as a deaf-mute rape victim in Johnny Belinda (1948). Her co-stars in Johnny Belinda included Lew Ayres, Alan Napier (Batman) as a defense attorney, and Agnes Moorehead (Bewitched), in her first of five movies with Jane Wyman. Johnny Belinda composer Max Steiner was nominated for Best Music Score of a Dramatic or Comedy Picture.

Other notable films, co-stars, and filming locations for Jane Wyman during her heyday as a leading lady in the 1940s and 1950s golden age of movies included:

Night and Day (1946) co-starring Cary Grant and Eve Arden, with Alexis Smith and Dorothy Malone (Peyton Place). A fictionalized storytelling of Cole Porter’s life, filmed in part at Hill Grove Estate in Beverly Hills, California. The estate which was demolished in the 1960s.

Magic Town (1947) has Jimmy Stewart as struggling pollster Rip Smith, who secretly visits a small town to boost his business and falls for civic-minded resident Mary Peterman (Jane Wyman). Filmed in Chico, California and at RKO Studios in Hollywood, California.

The Blue Veil (1951), a drama co-starring Charles Laughton, Joan Blondell, and Agnes Moorehead in her second movie with Jane Wyman. Other co-stars for Wyman in The Blue Veil were a young Natalie Wood, Vivian Vance (I Love Lucy), and Alan Napier, also in his second movie with Wyman. Jane Wyman was nominated for an Academy Award for Best Actress for her performance as a young widow who takes care of other people’s children in The Blue Veil, but lost to Vivien Leigh in A Streetcar Named Desire. Wyman’s friend Virginia Zambonie told Forbes that while filming The Blue Veil in and around New York City’s St. Patrick’s Cathedral, Jane Wyman’s interest in the Catholic faith was deepened.

Stage Fright (1950), with Marlene Dietrich, Michael Wilding, Richard Todd, and Alastair Sim; directed by Alfred Hitchcock. In the above movie trailer for Stage Fright, Wyman accepts a Photoplay award, and clips from the film feature her co-stars Marlene Dietrich, Michael Wilding, and Richard Todd. According to The President’s Ladies: Jane Wyman and Nancy Davis (2014) author Bernard F. Dick, Wyman had first become interested in Catholicism while in London, England filming, after a visit to Westminster Cathedral.

Just For You (1952), co-starring Bing Crosby, with Ethel Barrymore, Natalie Wood, and Robert Arthur. This movie musical has Crosby as a dysfunctional father to kids played by Wood and Arthur, with Wyman as his fiancee. More notable for the 1950s style women’s suits that Wyman wore, than for the songs or plotline.

All That Heaven Allows (1955) was the second movie to co-star both Jane Wyman and Rock Hudson as romantic leads, and was Wyman’s fourth movie with Agnes Moorehead. Once again Wyman is a (rich) widow, falling in love with her gardener (Hudson). Familiar actor Hayden Rorke (I Dream of Jeannie) also makes an appearance in All That Heaven Allows. The movie was filmed at Universal Studios in Universal City, California.

Below, a clip from All That Heaven Allows with Jane Wyman, Agnes Moorehead, and Rock Hudson.

In November 1952 Jane Wyman married for a fourth time, to Hollywood bandleader Fred Karger. They were married for 3 years before divorcing in December 1954. Jane Wyman and Fred Karger remarried again in 1961 and once again divorced in March 1965 – Wyman’s fifth and final marriage and divorce; she never remarried.

Wyman became a Catholic in 1954 along with her son Michael and daughter Maureen Reagan. Jane Wyman was lifetime friends with and attended mass with fellow actresses Loretta Young and Irene Dunne, also devout Catholics; they would go on religious retreats during Lent. 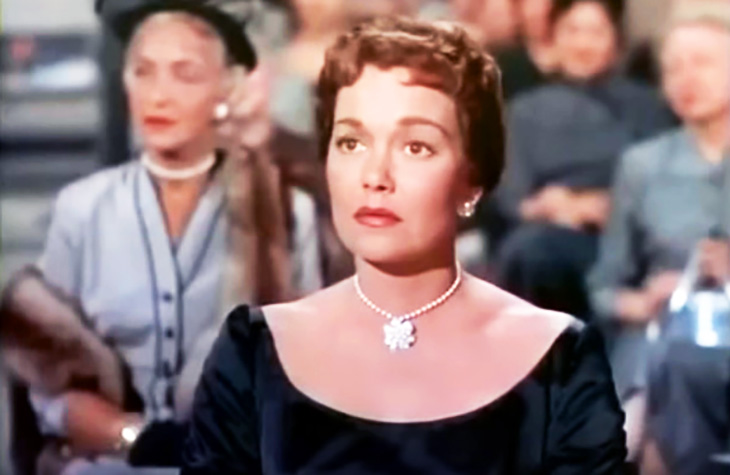 The romantic comedy Holiday for Lovers (1959) was Wyman’s last film of the decade and signaled the beginning of the end of her feature film career. Wyman and her on-screen husband (played by Clifton Webb) are parents to teenagers played by Jill St. John and Carol Lynley. Also in the cast are Paul Henreid, Gary Crosby, and dancer José Greco showing his abilities on the dance floor.

As the 1960’s began, Jane Wyman co-starred as Aunt Polly with Walt Disney child/teen actress Hayley Mills, in Pollyanna (1960). Several soon-to-be familiar faces from later 1960’s TV series also appeared with Mills and Wyman in Pollyanna, including Karl Malden (The Streets of San Francisco), Reta Shaw (The Ghost & Mrs. Muir), James Drury (The Virginian), and Edward Platt (Get Smart). Frequent Disney movie actress Nancy Olson (Wyman’s co-star from 1953’s So Big) is in the film, and Agnes Moorehead appears in Pollyanna as Mrs. Snow, in her fifth and last movie with Jane Wyman.

By the 1970’s, Jane Wyman’s star was fading as she worked through her 50+ years. Her last big-screen film was the musical comedy How to Commit Marriage (1969) co-starring Bob Hope and Jackie Gleason, with Leslie Nielsen, Tina Louise, and Tim Matheson.

Baby boomer and senior fans might have caught Jane Wyman in guest-starring appearances on television series in the 1970’s and 1980’s such as My Three Sons; Charlie’s Angels, The Love Boat, and Owen Marshall, Counselor at Law starring Arthur Hill. 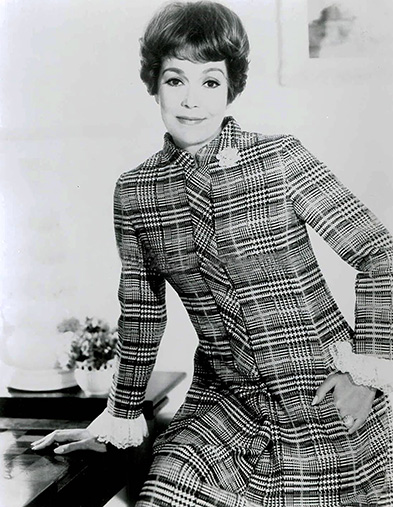 In the episode of Owen Marshall, Counselor at Law that Jane Wyman guest-starred in, actors David Soul (Starsky & Hutch), MacDonald Carey (Days of Our Lives), Randolph Mantooth (Emergency!) and Henry Jones (Phyllis, Who is the Black Dahlia?) also made appearances. Henry Jones had guest-starred on an episode of her series Jane Wyman Presents The Fireside Theatre in 1956.

Made-for TV movies for Jane Wyman during the 1970’s were:

Below are some clips from Falcon Crest featuring Jane Wyman.

By the time her tenure on Falcon Crest ended in 1990, Wyman was a septuagenarian senior and had begun to suffer health issues (diabetes, a liver problem, and later on, arthritis). 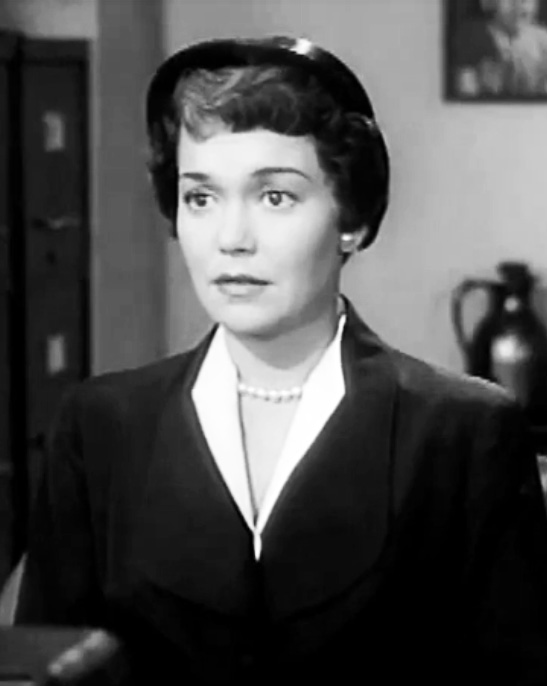 Wyman was completely retired after her performance in Dr. Quinn, Medicine Woman and was rarely seen at public appearances during her octogenarian senior years.

By the time of her death from natural causes at age 90 on September 10, 2007, Jane Wyman had acquired over 110 film credits, starred in 83 movies, two successful TV series, and been nominated for an Academy Award four times, winning once for her role as a deaf-mute rape victim in Johnny Belinda (1948).

A posthumous tribute to Jane Wyman’s long film career was aired at the 80th Annual Academy Awards in February 2008.

Note: This article was first published in January 2015. It has been updated with new & additional content.