By the early 1970’s, Angie Dickinson’s husband Burt Bacharach‘s career was at a peak, after winning the Academy Award Best Song for Raindrop’s Keep Fallin’ on my Head from Butch Cassidy and the Sundance Kid (1970). Dickinson’s career was in decline; although she did appear in a few feature films, by 1974 she was mostly appearing in TV movies, with feature films being the exception rather than the norm.

Burt Bacharach and Angie Dickinson appeared in Martini & Rossi beverage commercials during the 1970’s, below.

Some of the films Angie Dickinson could be seen in by her baby boomer fans in the early 1970’s: 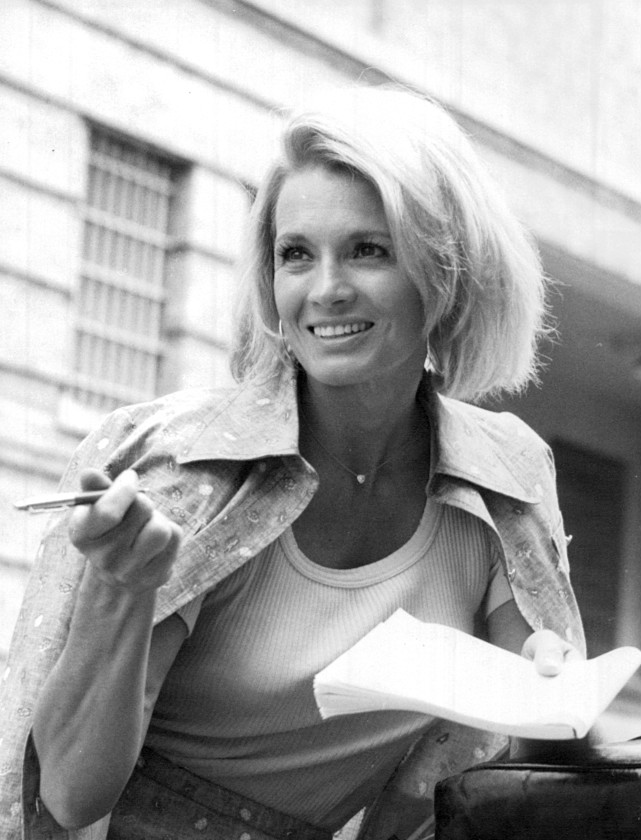 While Police Woman was on the air (1974-1978), Angie Dickinson was nominated for 3 Emmy Award nominations. The TV movie Ringo (1978) starring Ringo Starr, with Art Carney (The Honeymooners) had Dickinson appearing as her Police Woman character Sergeant Pepper Anderson.

Below, vintage video scenes from the opening & closing of Police Woman.

Although husband Burt Bacharach had encouraged her to appear in Police Woman, the long hours Dickinson worked on set contributed to the demise of their marriage. They separated in 1976 and began to date other people, but remained on friendly terms.

In the latter half of the 1970’s, Angie Dickinson could be seen on screen in: 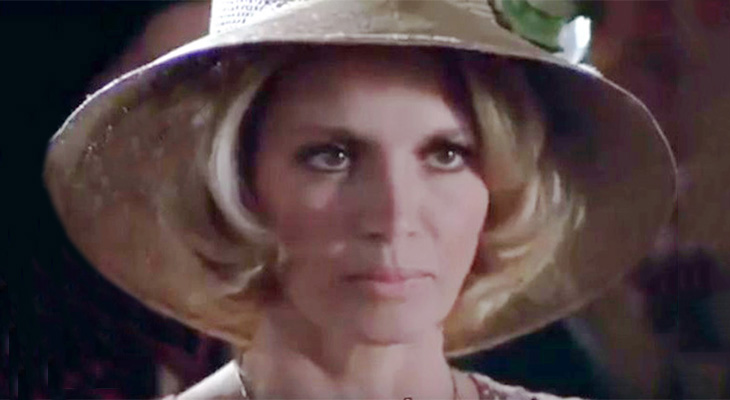 Angie Dickinson had worked with actor David Janssen when she guest-starred in his series The Fugitive in the 1960’s. While filming the TV drama A Sensitive, Passionate Man (1977) with Janssen in 1976, the newly separated Dickinson and Janssen began a 5-month affair. Dickinson later said of David Janssen that he was “A great gentleman, a great date, and a great love.”

A couple of years later on the cusp of her 50+ years in 1978, Dickinson told People magazine that “I will not embarrass myself by pretending to be 30 when I’m 50. I would like to sustain a career when it doesn’t matter what age I am.”

As the 70’s ended and the 80’s began, Angie Dickinson co-starred with Canadian actor Gordon Pinsent in two movies – The Suicide’s Wife (1979) and Klondike Fever (1980).

Angie Dickinson’s divorce from Burt Bacharach was finalized in 1981, the same year she turned 50; they remain friends today. That same year, Dickinson appeared in 3 movies:

Angie Dickinson was the star of the short-lived TV series Cassie & Co. (1982). In Cassie & Co. she played P.I. Cassie Holland, and reunited with co-star A. Martinez, who had guest-starred on her Police Woman series.

The TV thriller One Shoe Makes It Murder (1982) was Angie Dickinson’s third and last movie with co-star Robert Mitchum, over 27 years of her career. Both Robert Mitchum and Dickinson had previously been in 1955’s Man With The Gun, and the western romance Young Billy Young (1969).

Stillwatch (1987), the TV horror movie co-starring Lynda Carter, reunited Dickinson with Don Murray and Stuart Whitman, another co-star of Dickinson’s from an episode of Bob Hope Presents the Chrysler Theatre in the 1960’s. Stillwatch was Angie Dickinson’s second movie with actor Don Murray; they had both appeared in A Touch of Scandal (1984), which was also her second movie with Tom Skerritt (Tom Skeritt and Dickinson had co-starred in 1974’s Big Bad Mama).

Before the decade was over, Angie Dickinson co-starred with Robert Culp in the sequel, Big Bad Mama II (1987). Third time was the charm once again for Angie Dickinson and her co-star Robert Culp, who had both appeared in the same episode of Dr. Kildare 23 years earlier in 1965, and the TV thriller See the Man Run (1971). 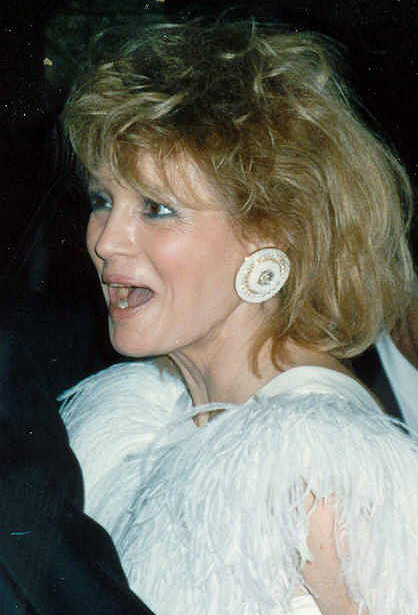 Angie Dickinson ended the 1980’s with two police movies – Prime Target (1989) with co-stars David Soul and Joseph Bologna; and the TV movie Kojak: Fatal Flaw (1989) starring Telly Savalas, Andre Braugher, and Steven Weber. Telly Savalas and Dickinson had both been in the comedy Pretty Maids All in a Row (1971).

In the 1990’s, Angie Dickinson’s movies were confined to 4 films, among them a starring role in the TV movie Angie, the Lieutenant (1992).

“There’s just no way that a 50-year-old woman is attractive to some men. Your appearance changes, and your desirability.”

The year she became a senior citizen, baby boomer fans could see Angie Dickinson co-starring with Burt Reynolds in the TV thriller The Maddening (1996), 27 years after they both first worked together in the western comedy Sam Whiskey (1969). Her last significant role in the 1990’s was in the romantic comedy Sealed With a Kiss (1999) starring John Stamos and Annabeth Gish.

The next year, Angie Dickinson co-starred in the Vietnam vet romantic comedy Big Bad Love (2001) starring Arliss Howard, Debra Winger, Paul Le Mat, Rosanna Arquette, and Michael Parks (in their second movie together; 1981’s Dial M For Murder was the first). She had a cameo role as a boxing spectator (along with Wayne Newton and Steve Lawrence) in the Ocean’s Eleven (2001) re-make starring George Clooney, Brad Pitt, Elliott Gould, and Andy Garcia.

After her 40-year-old daughter Nikki Bacharach committed suicide in January 2007, Angie Dickinson said she temporarily lost interest in working, and there weren’t many good roles for actresses of her age. She told Vanity Fair in 2009 that,

“I don’t care who you are, when you get to be past 50, it all changes. That’s the way it is. It isn’t wrong—we want to look at young, beautiful things,” and laughed, “I don’t want to see two old people screwing.”

Septuagenarian Angie Dickinson’s last acting role was in the TV movie Mending Fences (2009), in which she co-starred with Laura Leighton, Peter Jason, and Roark Critchlow. 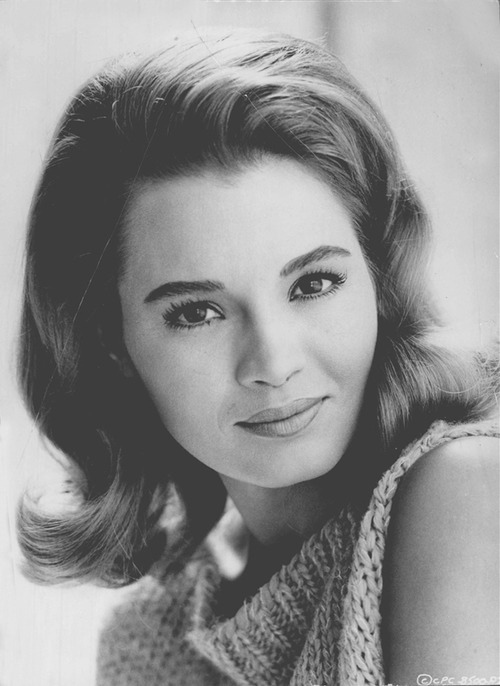 Angie Dickinson became an octogenarian in 2011. Most recently she has narrated or been interviewed for numerous retrospective features and documentaries about Hollywood and stars of yesteryear, such as the TV mini-series documentary about her close friend and one-time lover Frank Sinatra, Sinatra: All or Nothing at All (2015).

In a 61-year acting career that has spanned over 6 decades, Angie Dickinson acquired more than 145 film credits and worked with many of the biggest names in the business.