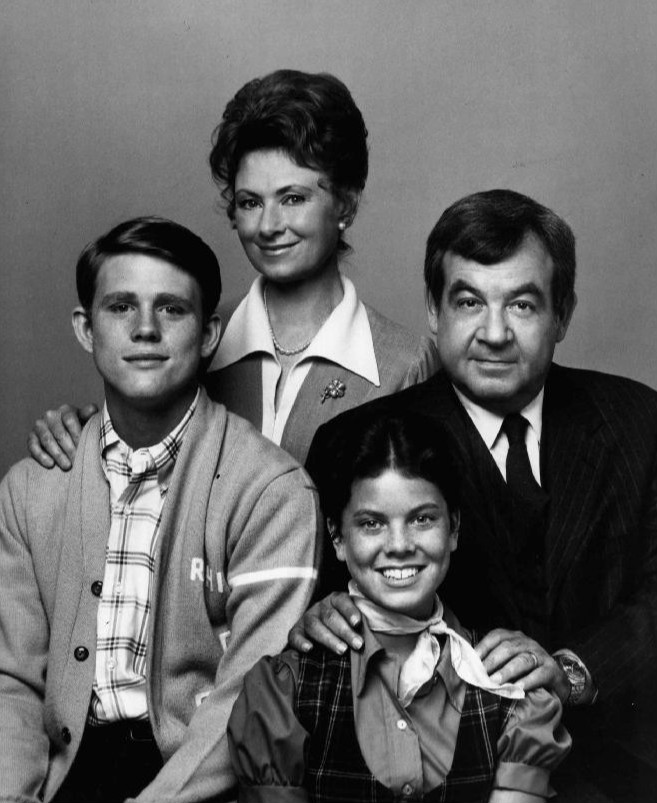 Her on-screen Happy Days son and off-screen friend Ron Howard made his directing debut on the feature film comedy Grand Theft Auto (1977), and cast Marion Ross as a mother again. Ron Howard wrote, directed, and starred in Grand Theft Auto; keeping it in the family, he included his brother Clint Howard and his father Rance Howard in the cast.

In her 50+ years beginning in 1978, Marion Ross continued to appear on Happy Days and could also be seen on stage, and in other TV movies and specials.

“If I were to marry, it would be to Alberto…But it would have to be unconventional. If somebody said, ‘What’s for dinner?’—my God, that would be the end of it.”  Her thoughts on aging and acting as she gets older? “The rules are changing. Jane Fonda looks great at 40…I was never gorgeous. I never used sex. I’ve been a professional actress since I was 22, and I’m pretty damned good.”

Marion Ross appeared in the final episode of The Love Boat, Who Killed Maxwell Thorn? in 1987. Ross voiced her Marion Cunningham character in 2005 on an episode of the animated series Family Guy.

By the end of 1988, Marion Ross had a new love in her life – veteran Broadway stage, film and television actor Paul Michael. Paul Michael and Marion Ross lived together on their Woodland Hills, California farm that Marion had christened Happy Days. Her son Jim Ross Meskimen recounts on his blog their love affair: “They met on a play in Los Angeles and instantly fell in love. They continued to work together, touring the world and enjoying life and each other’s company.” It was a romance that would endure for over 20 years, although they never married.

Ross’s son Jim Meskimen got married in 1987 and made Marion Ross a grandmother in real life in 1990. Jim Meskimen is a performer himself, and Marion Ross’s daughter Ellen Meskimen (now Ellen Kreamer) has been an actress, producer and writer (Friends).

As she entered her senior citizen years in 1993, Marion Ross had no thoughts of retiring. She continued to appear on stage, on television and in the movies. Forty years after they had both appeared in the movie Around the World in Eighty Days (1956), Marion Ross was Rosie Dunlop in the romantic comedy feature film The Evening Star (1996) with co-star Shirley MacLaine. Now senior citizens, Shirley MacLaine and Ross were joined by Bill Paxton and Jack Nicholson.

Ross was a repeat performer on ABC Afterschool Specials, appearing on 4 episodes between 1979-1996. In her last ABC Afterschool Specials her fellow cast-members included Robin Strasser (One Life to Life, Passions, All My Children), Stuart Damon (General Hospital), and Bruce Boxleitner (Little House on the Prairie, Scarecrow and Mrs. King).

Septuagenarian senior citizen Marion Ross continued to perform on stage, in the movies and on television during her 70’s. She and her boyfriend Paul Michael both appeared in the made-for-TV movies About Sara (1998) with Mary Steenburgen; and Ladies and the Champ (2001), a comedy co-starring Olympia Dukakis and David DeLuise.

In 2001, Marion Ross was recognized with a star on the Hollywood Walk of Fame.

Marion Ross and Paul Michael were both in the TV comedy movie Where There’s a Will (2006) with Keith Carradine, and in the feature film Music Within (2007). The Music Within was a biographical comedy also starring Ron Livingston, Rebecca De Mornay, Hector Elizondo, Leslie Nielsen, and Clint Howard, with Marion Ross as “Grandma”. Thirty years earlier, Clint Howard had co-starred in 1977’s Grand Theft Auto with Marion Ross.

Marion Ross was a frequent guest-star and/or recurring cast member in episodes of TV series throughout her 70’s.

In 6 episodes of The Gilmore Girls between 2001-2005, Marion Ross guest-starred as Edward Gilmore’s mother Marilyn Gilmore; and when “Marilyn” died, as Lorelai’s aunt. In 2003, partner Paul Michael appeared on the same episode of The Gilmore Girls (Face-Off) with her, in a scene where Lorelai catches them kissing.

After becoming an octogenarian senior citizen in 2008, Marion Ross began doing more voice acting work on television (The Boondocks, Scooby-doo! Spongebob Squarepants) and for video games like Madagascar: Escape 2 Africa. Her episodic TV work as an octogenarian senior has included appearances on Nurse Jackie starring Edie Falco; Grey’s Anatomy with James Pickens Jr.; as Gammy in Up All Night; on The Exes with Michael Nouri; and Hot in Cleveland with Betty White and Carl Reiner.

In a 2013 episode of Major Crimes starring Mary McDonnell, G. W. Bailey, Tony Denison, Michael Paul Chan, with fellow guest stars Tim  Conway, Paul Dooley, Ron Glass, Doris Roberts, and Steve Tom, Marion Ross played one of an eccentric group of retirees who once worked on a television cop show in the 1970’s. Marion Ross, Doris Roberts, and Ron Glass had all appeared in a two-part special episode of The Streets of San Francisco in 1976, 37 years earlier.

Playwright Joe DiPietro wrote the play The Last Romance especially for Marion Ross and her partner Paul Michael; it was based on their late-blooming romance. The octogenarian senior citizen couple performed The Last Romance in 2010 at the San Diego Old Globe Theatre. In July 2011, Paul Michael died from heart failure at the age of 84 at their Happy Days home. Ross took a short break from acting to mourn Paul Michael after his death, but has resumed her craft. Below, Marion Ross and her son Jim Meskimen in 2014 at the 41st Annual Annie Awards. 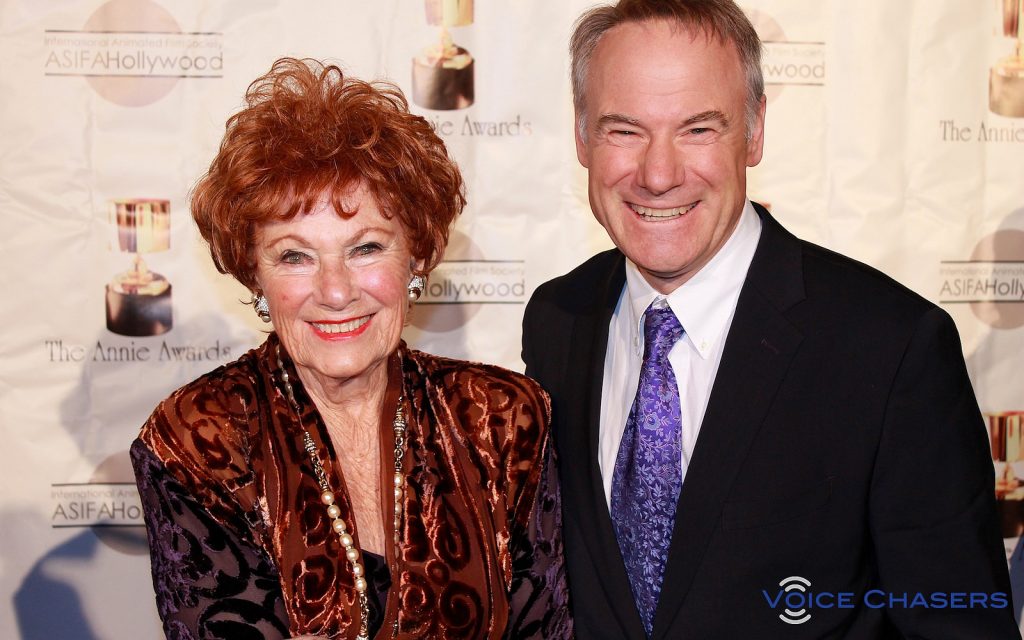 More recently Marion Ross could be seen by her senior and baby boomer fans in a recurring role as Lynn Carver on the series Chasing Life (2014-2015). She appeared in an episode with fellow guest star Edward Asner as Artie Carver, along with regular Chasing Life cast members Mary Page Keller as Sara Carver, Steven Weber as Dr. George Carver, and Rebecca Schull. Edward Asner and Marion Ross had worked together onscreen more than 45 years previously on an episode of Insight.

Asner and Ross are also both appearing in the upcoming movie Angels on Tap co-starring Jamie Farr, Ron Masak, Alan Rachins (L.A. Law), and Clement von Franckenstein, Angels on Tap is expected to be released later this year (2016).

I am searching for the video of Ladies and the Champ. I can't find it on ebay or amazon and hope some collector out there has a copy.