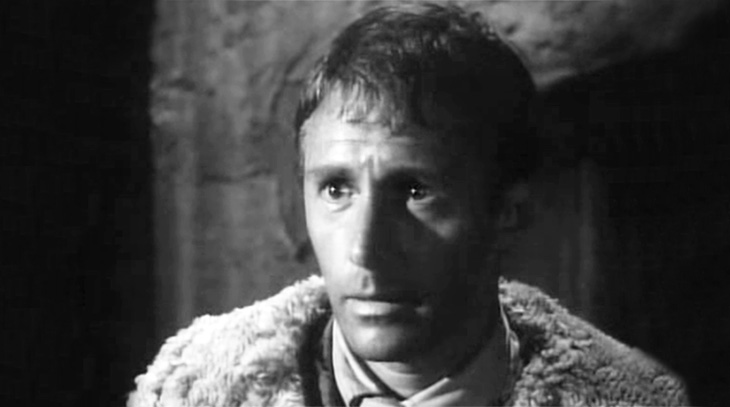 Nee Donald Hugh Harron, the comedian and actor was host of CBC Radio’s Morningside show for 5 years (1977-1982), and performed on stage as well as in television guest and starring roles throughout his career.

He first debuted the comedic character of country bumpkin Charlie Farquharson onscreen while co-hosting TV’s The Big Revue musical comedy series in 1952. Harron could be seen on stage in the Stratford Shakespeare Festival, and on Broadway in Richard III.

Don Harron is also associated with his involvement in developing the classic Canadian novel about childhood and growing up – Anne of Green Gables (by Lucy Maud Montgomery) – for 2 television productions in the 1950’s. He wrote the screenplay and directed both the 1956 and the 1958 TV movies Anne of Green Gables. Harron then later developed Anne of Green Gables as a musical stage play, where it has been performed in PEI’s Charlottetown Festival for over 50 years.

Meanwhile, while he was making a name for himself as a comedic talent, Don Harron also played many serious roles in films and on TV.

He was re-united with his The Best of Everything co-star Hope Lange, when he played a major role in the made-for-TV movie Cyrano De Bergerac (1962) with Canadian actors Christopher Plummer and Gordon Pinsent.

Don Harron and fellow character actor Malachi Throne would be guest-stars together in episodes of different television series during the 1960s:

While he was kept busy on television during the 1960s, Harron only appeared in 2 feature films in that era. He had a supporting role as a general in the Walt Disney historical adventure film Mosby’s Marauder’s (1967), which starred James MacArthur, Nick Adams, Kurt Russell, Peggy Lipton, Jeanne Cooper, and James T. Callahan. In the WWII action movie I Deal in Danger (1966), Harron co-starred with Robert Goulet.

From 1969-1982 Don Harron was a semi-regular on Hee Haw, playing himself and resurrecting his character of Charlie Farquarson. He also served as a screenwriter for many episodes of the popular series.

Although Hee Haw commitments took up much of his time, Harron found a window to take on a supporting role in the Academy Award-winning film The Hospital (1971). The Hospital starred George C. Scott, Diana Rigg, and Richard Dysart, with a large cast that included Nancy Marchand and Katherine Helmond, among others.

Towards the end of his onscreen career, in 2003-3004 Don Harron guest-starred in character as Charlie Farquharson several times on The Red Green Show, starring Steve Smith.

An active senior citizen, Don wrote books and was inducted into the Canadian Country Music Hall of Fame in 2010 (age 85).

In character as Charlie Farquharson, Don Harron appeared in a print campaign, advocating the use of walkers, canes, and scooters urging seniors to reduce falls and injuries.

“Get over bein’ an old fogey! Get a handle on life.“

Harron also filmed a public service announcement for the seniors safety campaign, below.

Don Harron married his 4th wife Claudette Gareau in 2012 at age 87, and was survived by her and his 3 children from previous marriages when he died of cancer at the age of 90 on January 17, 2015.

Below, a younger, solemn Don Harron in a serious scene from 12 O’Clock High. 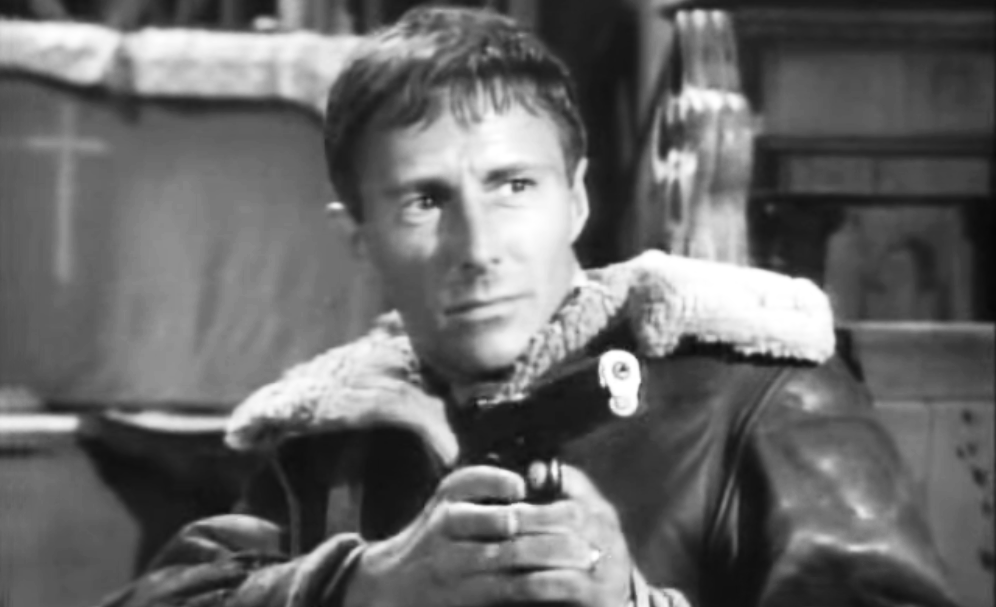 Note: This article was first published in 2015 with the title Farewell, Don Harron. It has been updated with new & additional content.