Academy Award winning actress Jennifer Jones only made 27 movies, but her beauty and talent was bigger than her films. 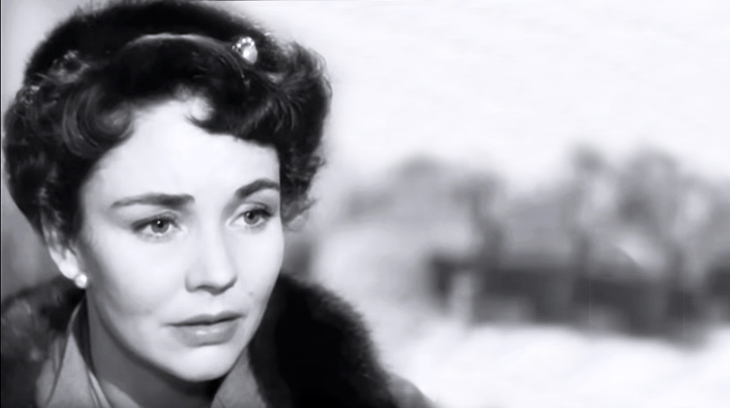 Nee Phylis Lee Isley on March 2, 1919, in Tulsa, Oklahoma, Jennifer Jones was only 20 when she married first husband Robert Walker in 1939. The young couple moved to Hollywood where she landed a couple of minor roles.

Jennifer auditioned for a role in a play for producer David O. Selznick‘s (Gone With the Wind) office. She didn’t get the role, but Selznick had overheard the audition and signed her to a seven-year contract in 1941. David O. Selznick controlled her career for the next seven years, selecting her roles carefully, overseeing her wardrobe, grooming, and her name change to Jennifer Jones. 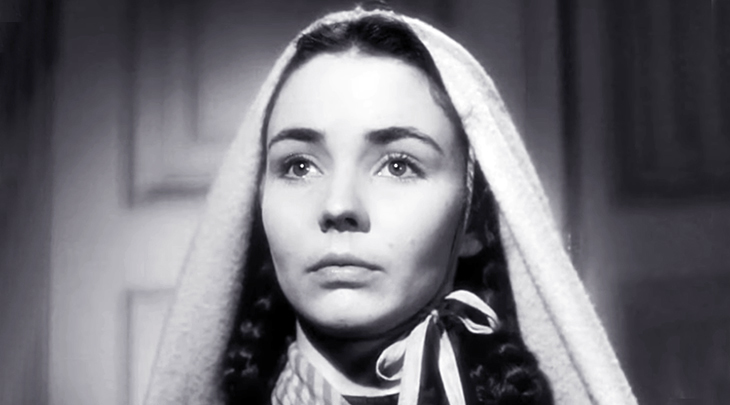 (Jennifer Jones 1943 The Song of Bernadette)

In 1943 while filming Since You Went Away (1944), the married David Selznick (17 years her senior) and Jennifer Jones fell in love, and began an affair – which must have been awkward on the set, with her husband Robert Walker in attendance. 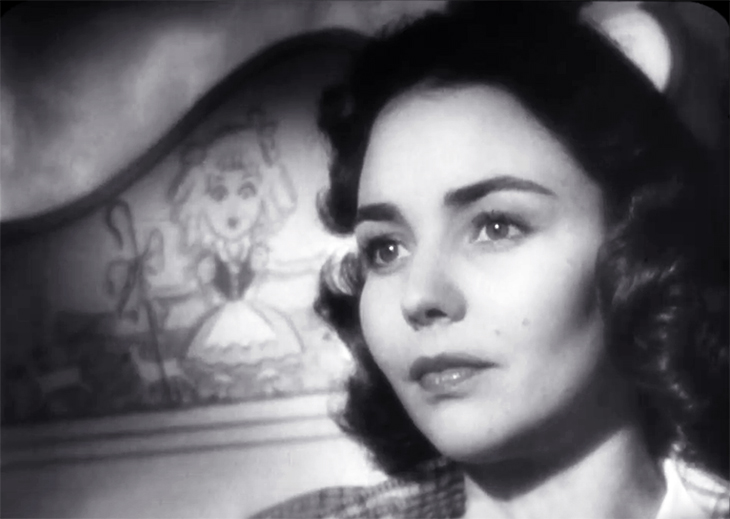 (Jennifer Jones 1944 Since You Went Away Trailer)

Jennifer Jones filed for divorce from Robert Walker the day after being presented with the Best Actress Oscar for her performance in The Song of Bernadette on her 25th birthday in 1944. 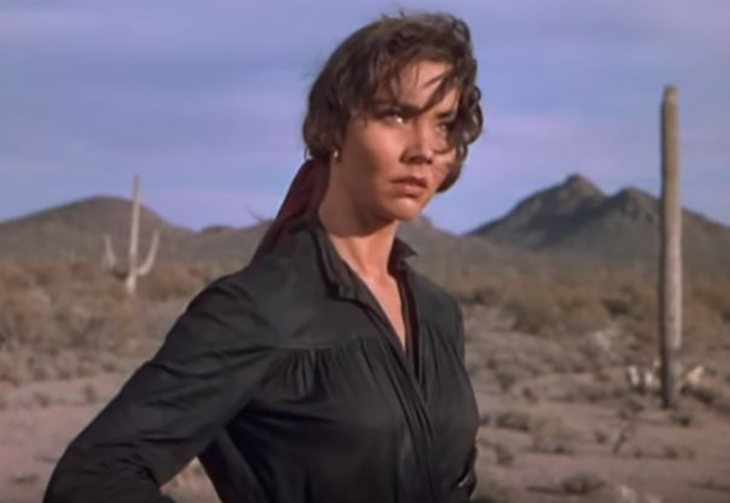 Duel in the Sun has Jones playing a half-breed in love with two brothers – the ne’er do-well Lewton (Gregory Peck), and the “good” Jesse (Joseph Cotten).

Character actors Lionel Barrymore, Charles Bickford, Walter Huston, Herbert Marshall, Harry Carey, Butterfly McQueen, and Lillian Gish are among the many familiar faces in the supporting cast of Duel in the Sun. A lifelong friendship developed between Charles Bickford (he’d been in The Song of Bernadette with her as well) and Jennifer Jones.

In the fantasy film Portrait of Jennie, Jones is a mysterious girl who befriends a struggling artist (Cotten). He paints her portrait and she becomes his muse. They meet at different times over the years and he falls in love with her. Ultimately the mystery of Jennie unfolds and a tragedy occurs.

David Wayne, Ethel Barrymore, Lillian Gish, and Cecil Kellaway are supporting actors in Portrait of Jennie. The movie is notable for it’s haunting cinematography, which earned an Academy Award nomination.

David O. Selznick and Jennifer Jones were married in 1949 after his divorce was finalized. 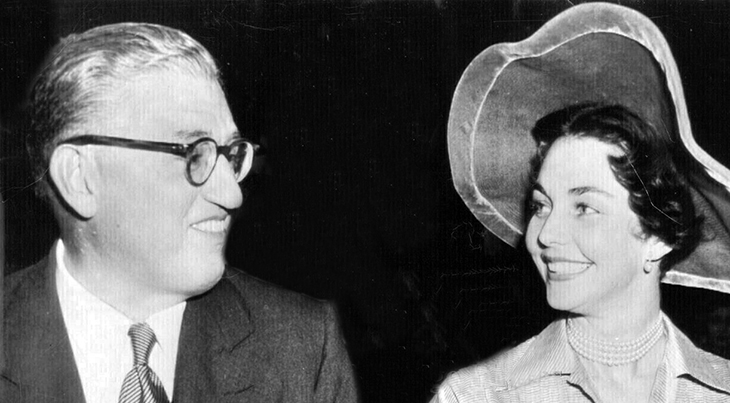 They had one child together, daughter Mary Selznick (b. 1954), and remained a couple until his death in 1965.

The WWII era romantic comedy Cluny Brown (1946) has Jennifer jones co-starring with romantic interests Charles Boyer and Peter Lawford, and is a rare comedy film for the actress. She plays a plumber working as a serving girl at an estate, who befriends a shopkeeper (Richard Haydn) and a refugee professor (Boyer).

David Selznick edited the Michael Power & Emeric Pressburger film Gone to Earth (1950) for the American market, and gave it the new title The Wild Heart (1952). 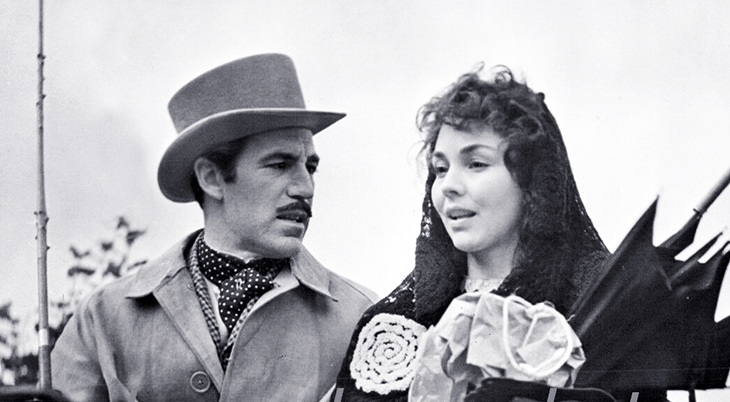 Indiscretion of an American Wife (1953) was filmed in Rome, Italy in the train station, and was originally titled Terminal Station (Stazione Termini). This entire dramatic film takes place in the Rome train station. 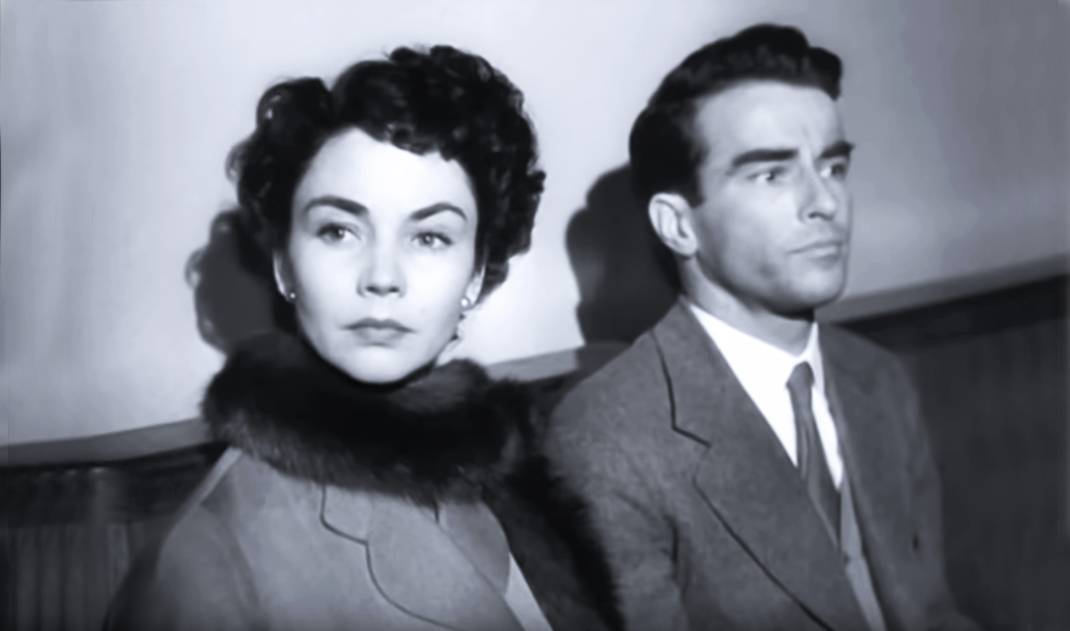 Jennifer Jones is the titular American wife, who tries to break off her vacation romance with a handsome Italian (Montgomery Clift). 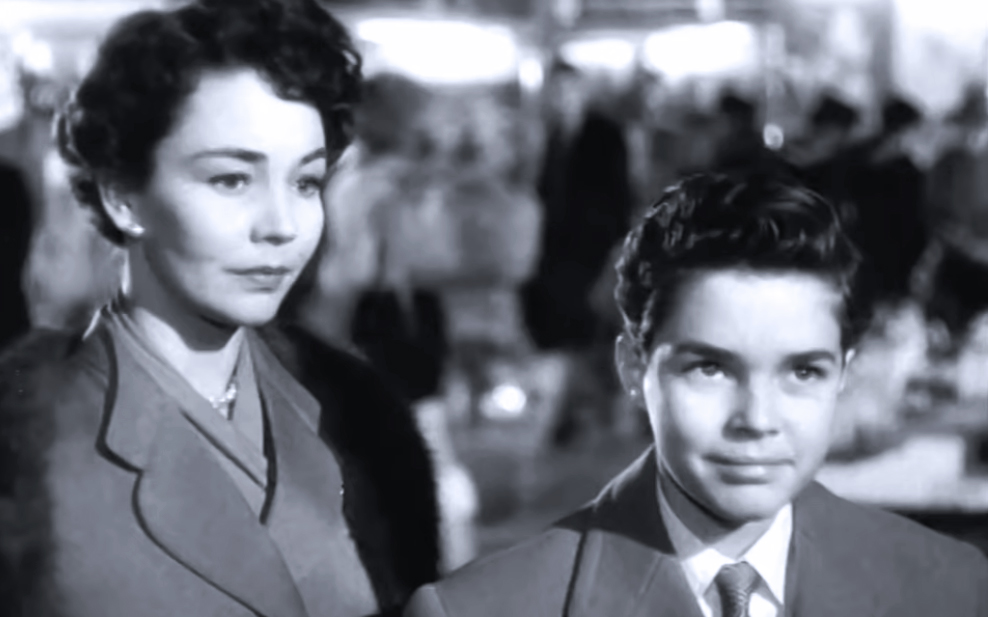 Indiscretion of an American Wife was considered a commercial and critical flop at the time, although designer Christian Dior was nominated for the 1955 Academy Award for Best Costume Design in black & white.

Humphrey Bogart was the romantic interest for Jennifer Jones in the adventure comedy movie Beat the Devil (1953), filmed in Southern Italy at Ravello near the Amalfi Coast. 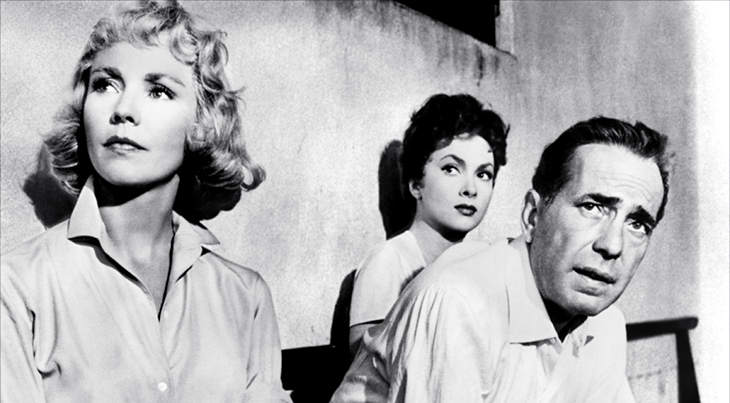 (Jennifer Jones as a blonde, with Humphrey Bogart & Gina Lollobrigida 1953 Beat the Devil) 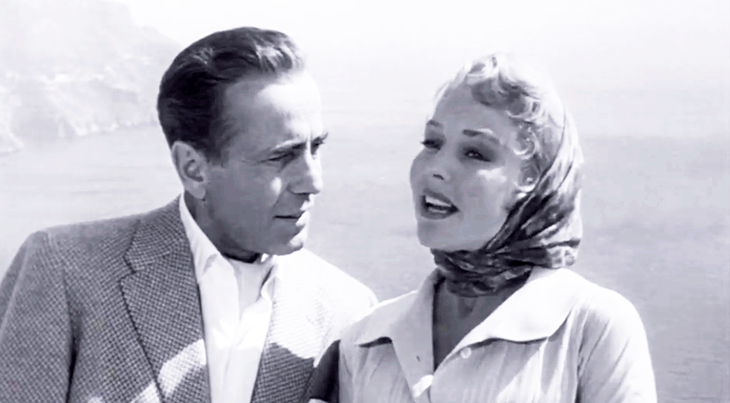 While waiting for a ship from Italy to British East Africa, the two couples meet. Gwendolen and Billy begin a love affair, while Maria and Harry flirt with each other.

Other movies, roles, and notable co-stars for Jennifer Jones during the 1940’s and 1950’s included:

After hearing of close friend Charles Bickford’s death in 1967 (they had both been in Duel in the Sun and The Song of Bernadette), Jennifer Jones was found unconscious on Malibu Beach (the result of combining sleeping pills and wine), and was hospitalized.

Jones married third husband Norton Simon, a millionaire art collector and philanthropist in 1971. Norton Simon’s son Robert had committed suicide in 1969, and in 1976 Jennifer’s daughter Mary Selznick jumped from a 20th floor window in L.A. These incidents, combined with her personal experience of depression and mental illness, led to Norton Simon and Jennifer Jones founding the Jennifer Jones Simon Foundation for Mental Health and Education in 1980.

In her senior years, Jennifer Jones became became more reclusive. She took over leadership of the Norton Simon museum in Pasadena in 1989 at age 70 and remained as a director until 2003 (Norton died in 1993). Jones lived with her only surviving child, actor son Robert Walker Jr. and his family, in Malibu for the last six years of her life until her death from natural causes/old age, on December 17, 2009.

Note: This article was first published in 2015. It has been updated with new/additional content.