He will remain forever cool in the hearts of fans. Easy Rider(1969) producer, co-writer and star Peter Fonda has died today August 16, 2019 at the age of 79. 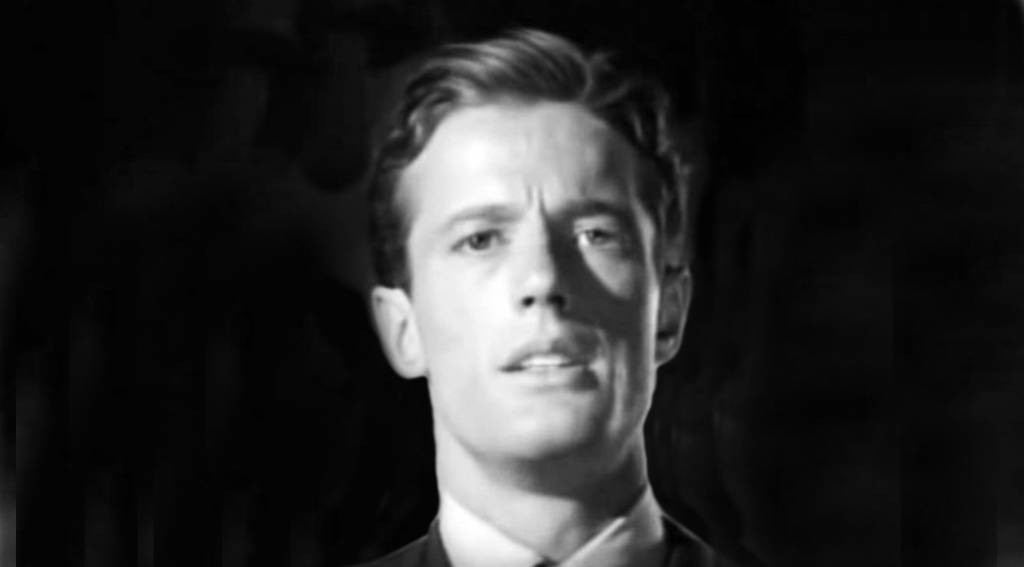 He leaves behind his third wife, Margaret Devogelaere, daughter Bridget Fonda and son Justin (from his first marriage to Susan Brewer). Cause of death was lung cancer complications (respiratory failure). 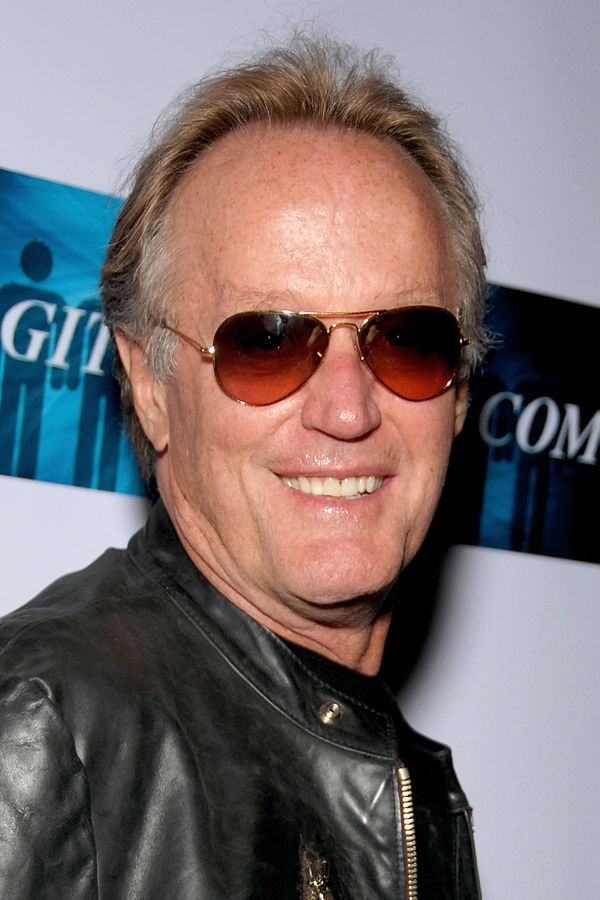 He was born February 23, 1940 in New York City to his father and legendary actor Henry Fonda, and Henry’s second wife, Canadian-born Frances Ford Seymour (a descendant of Henry VIII and Jane Seymour).

Peter Fonda and his older sister, actress Jane Fonda, lost their mother at an early age. His parents had an unhappy marriage for years, and in 1949 Henry Fonda asked Frances Seymour for a divorce so he could remarry. Frances had herself committed to a sanitarium and committed suicide there in 1950. At the time Henry Fonda told his son Peter that she had died of a heart attack.

Peter Fonda didn’t find out until 10 years later what had really happened. Below, Peter Fonda with his older sister Jane Fonda, and their father Henry Fonda. 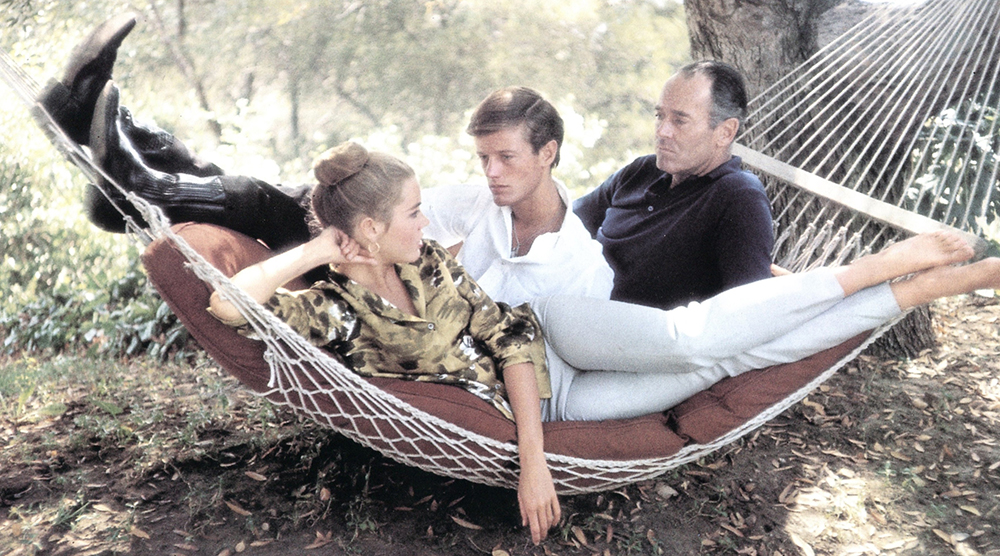 In his 1998 autobiography Don’t Tell Dad, Peter Fonda exposed his and sister Jane’s arms-length relationship with their father Henry Fonda, who according to them, saved his emotional access for the movie screen.

During the 1960’s, movie roles did not pour in for Peter Fonda….he was  anti-establishment (like activist big sister Jane) and was on the fringes of the L. A. music scene, experimenting with LSD and hanging out bands such as the Byrds and the Beatles. The Beatles song She Said, She Said was inspired by Peter’s LSD-fueled rant at a 1965 party where John Lennon was present, about “knowing what it was like to be dead” – a reference to his 11th birthday when he accidentally shot himself in the stomach. 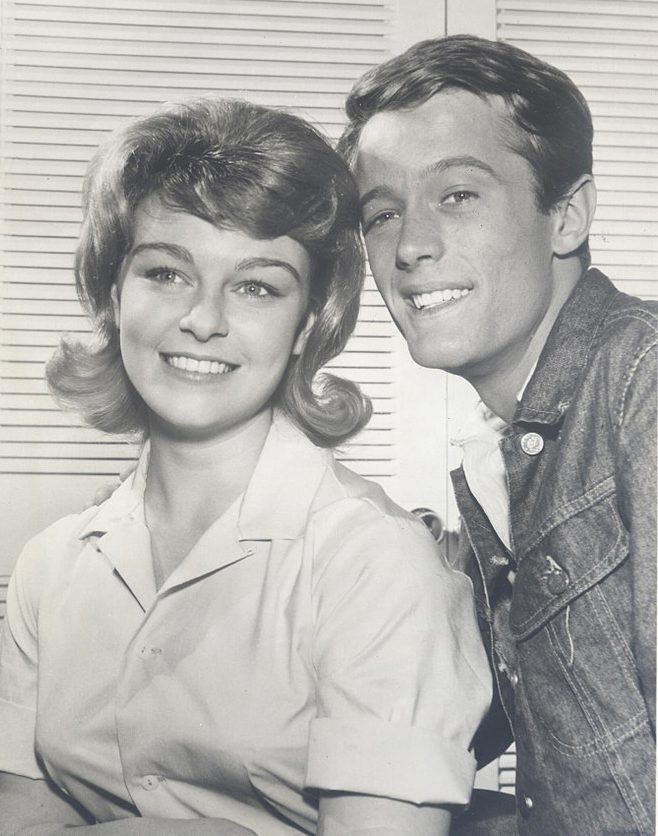 Below, Peter Fonda as Lt. Andy Lathrop, 12 O’Clock High star Robert Lansing as Brigadier General Frank Savage, and Jill Haworth as Fonda’s love interest Mary Lean, are featured in a clip from the series episode “The Sound of Distant Thunder” in 1964.

In 1966, father and son Henry and Peter Fonda were the mystery guests on popular TV game show What’s My Line?, in this episode of the series.

Before there was Easy Rider, there was The Wild Angels (1966). In this film about a California motorcycle gang, Fonda stars with Nancy Sinatra, Bruce Dern, Diane Ladd (at the time, married to Dern in real life), Michael J. Pollard, and Buck Taylor.

Peter Fonda’s acting career took off after the international success of the independently made motorcycle movie Easy Rider (1969), which was directed by fellow co-star and co-writer Dennis Hopper, and also starred Jack Nicholson. Below, an older Peter Fonda in 2009 riding the “Captain America” motorcycle from Easy Rider. 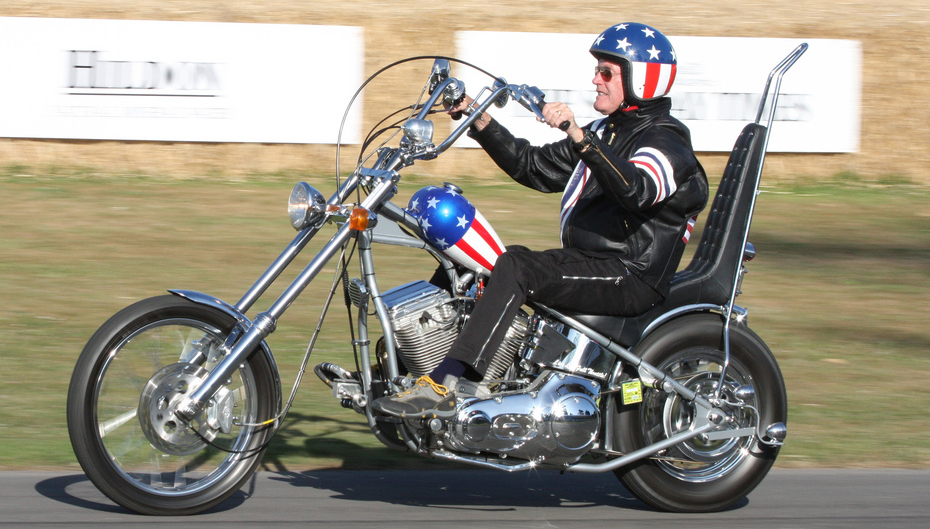 Easy Rider grossed $40 million in 1969, and Fonda, Hopper and a third co-writer, Terry Southern, were nominated for an Academy Award for Best Original Screenplay. Dennis Hopper and Peter Fonda were estranged afterwards until Hopper’s death, due to a dispute between them over writing credits for Easy Rider.

Below, a movie clip from Easy Rider features Peter Fonda as Wyatt, Toni Basil as Mary, Dennis Hopper as Billy, and Karen Black as Karen.

Peter Fonda has lived on a ranch in Montana since 1975, after divorcing his first wife Susan Brewer (mother of his children, actress daughter Bridget Fonda, and son Justin Fonda) in 1974. He and 2nd wife Portia Rebecca Crockett lived there together from 1975 until they separated in 2008 (they divorced in 2011), and Fonda still lives there with third wife Margaret ‘Parky’ DeVogelaere, whom he married in 2011. 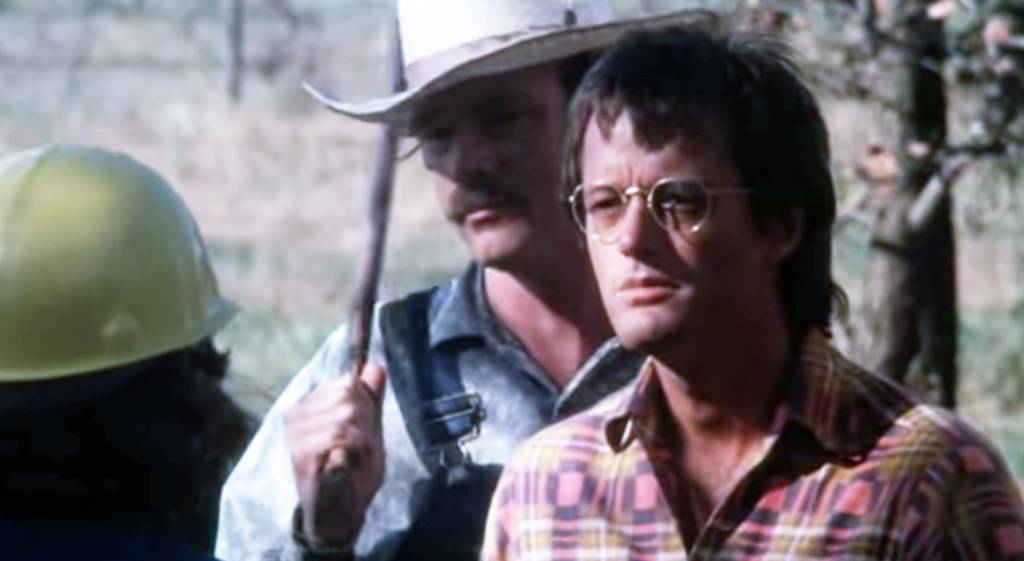 Peter Fonda starred in the action film Fighting Mad (1976), playing a farmer’s son who returns home to fight corrupt land developers. Written and directed by Jonathan Demme and produced by Roger Corman, the film has Fonda back on a motorcyle. Child actor Gino Franco plays his son, Scott Glenn is his on-screen brother, and John Doucette is their father. Philip Carey is a rich bad guy and Noble Willingham plays Senator Hingle.

Peter Fonda was nominated again for an Academy Award for Best Actor, in 1997’s Ulee’s Gold (he lost to former Easy Rider co-star Jack Nicholson). Below, Peter Fonda is featured in the movie trailer for Ulee’s Gold.

Peter Fonda’s movie The Runner (2015) has him playing actor Nicholas Cage’s father, with Connie Nielsen and Sarah Paulson in the cast. He co-starred with Christopher Plummer, Christopher Lloyd, Bobby Cannavale, and Vera Farmiga, in Boundaries (2017). 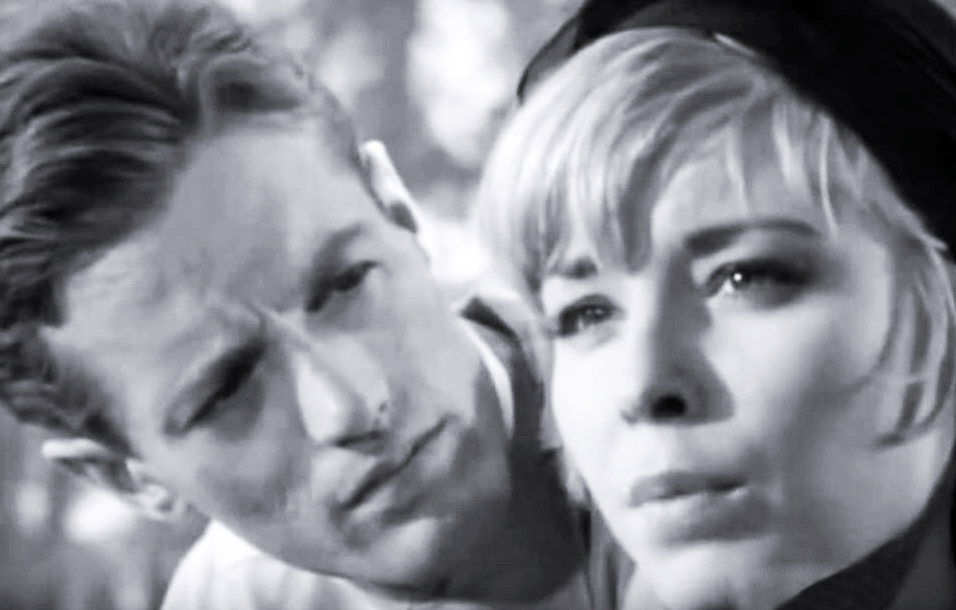 Peter Fonda appeared in over 75 movies and was still riding motorcycles and acting until shortly before his death.

Note: This article was first published in 2015 with the title Celebrating Seniors – Happy 75th Birthday, Peter Fonda. It has been updated with new & additional content.