Pulitzer Prize-winning playwright, screenwriter, author, and Academy Award-winning actor Sam Shepard died July 27, 2017 at the age of 73. Cause of death was ALS (amyotrophic lateral sclerosis) complications. Shepard leaves behind oldest son Jesse Mojo Shepard (b. 1970), whom he had with his ex-wife O-Lan Jones (m. 1969-1984), and two children from his long relationship with actress Jessica Lange – daughter Hannah (b. 1985), and son Samuel (b. 1987). 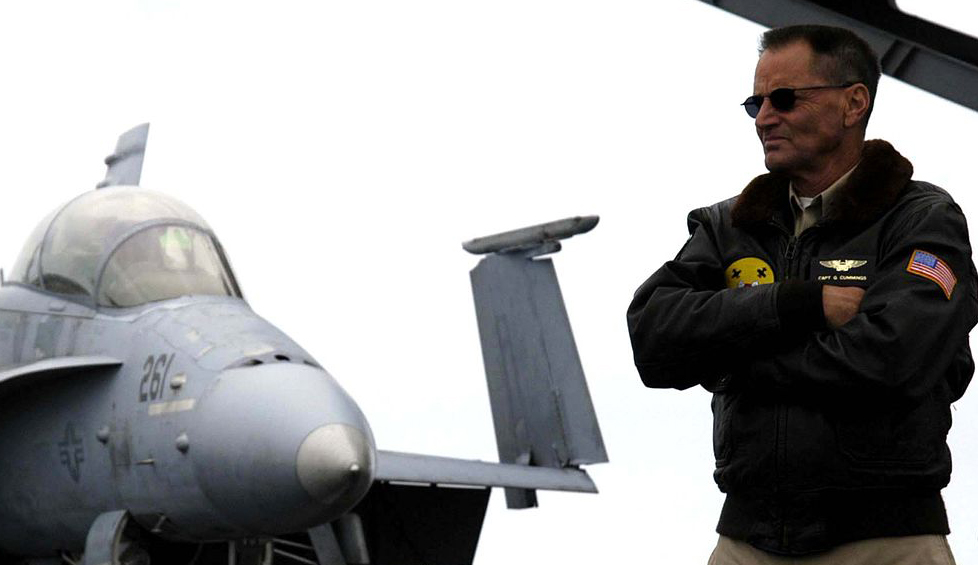 Sam Shepard was born Samuel Shepard Rogers III on November 5, 1943 in Fort Sheridan, Illinois. Although better known by movie-goers and television watchers for his acting roles, Shepard was almost as prolific behind the screens as he was on them, writing over 40 plays and several books. He began writing plays in the early 1960s and won six Obie Awards during that era; he also directed most of his plays. Movie screenplays written or co-written by Sam Shepard include Zabriskie Point (1970), Paris, Texas (1984), as well as:

The romantic drama Days of Heaven (1978) starred Richard Gere and Brooke Adams and was the first significant on-screen role for Sam Shepard. This was followed by the fantasy-drama Resurrection (1980), in which he co-starred with Ellen Burstyn as her on-screen lover. Also in the cast of Resurrection were Richard Farnsworth Jeffrey DeMunn, Madeleine Sherwood, and Lois Smith.

Sam Shepard and Jessica Lange first met on the set of Frances (1982), based on the real-life tragic story of actress Frances Farmer. The movie clip above from Frances features Jessica Lange and Sam Shepard. Romance bloomed between the two actors and they would be lovers off-screen for almost 30 years, although they never married. Supporting cast members in Frances included Bonnie Bartlett, Jeffrey DeMunn (his second movie with Sam Shepard), James Karen, and Kim Stanley. Shepard and Jessica Lange teamed up again onscreen:

Towards the end of his career Sam Shepard had larger roles in these movies:

Sam Shepard starred as James Blackthorn (the former Butch Cassidy), now hiding out in Bolivia in the western adventure movie Blackthorn (2011). Steven Rea and Nikolaj Coster-Waldau had supporting roles in Blackthorn. The movie trailer for Blackthorn (above) features Sam Shepard.

The television series Bloodline had Sam Shepard playing the head of the Rayburn clan in a Florida Everglades mystery. His on-screen wife in Bloodline? None other than his former frequent leading lady from the 1980s, Sissy Spacek. Kyle Chandler, Linda Cardellini, Norbert Leo Butz, Ben Mendelsohn, and Jacinda Barrett, played Shepard’s progeny and their family members in Bloodline. Bloodline would be Shepard’s last television role. Below, a Bloodline Netflix featurette that features Sam Shepard, Kyle Chandler, and other cast members of the series.