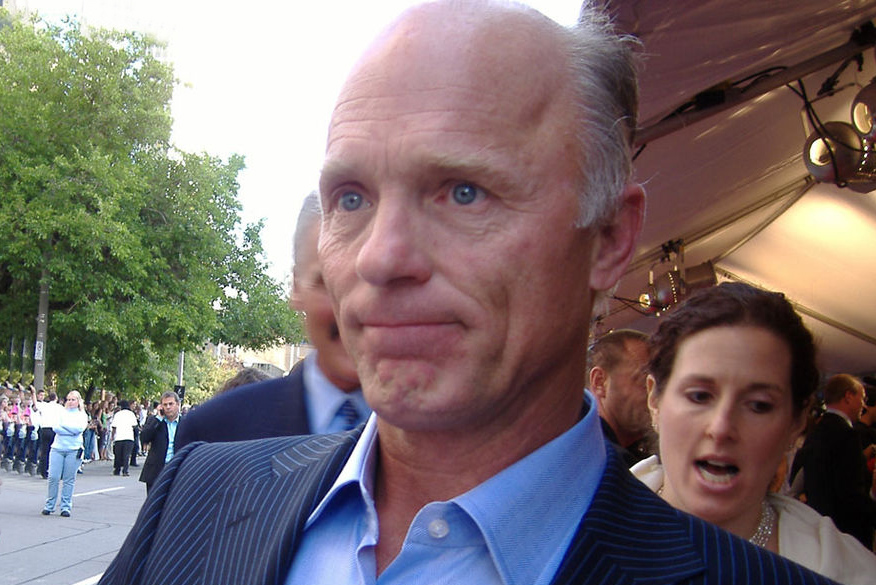 A star high school football captain in New Jersey, after his dreams of a career in football died, Harris switched his interests to drama. He graduated in 1975 with a BFA from the California Institute of the Arts (CalArts), having majored in drama/theatre and appeared in local plays. Right photo: sctv.blogspot.ca

Ed Harris broke into television in the late 1970’s with small roles in popular baby boomer television series such as Delvecchio, The Rockford Files, Barnaby Jones. 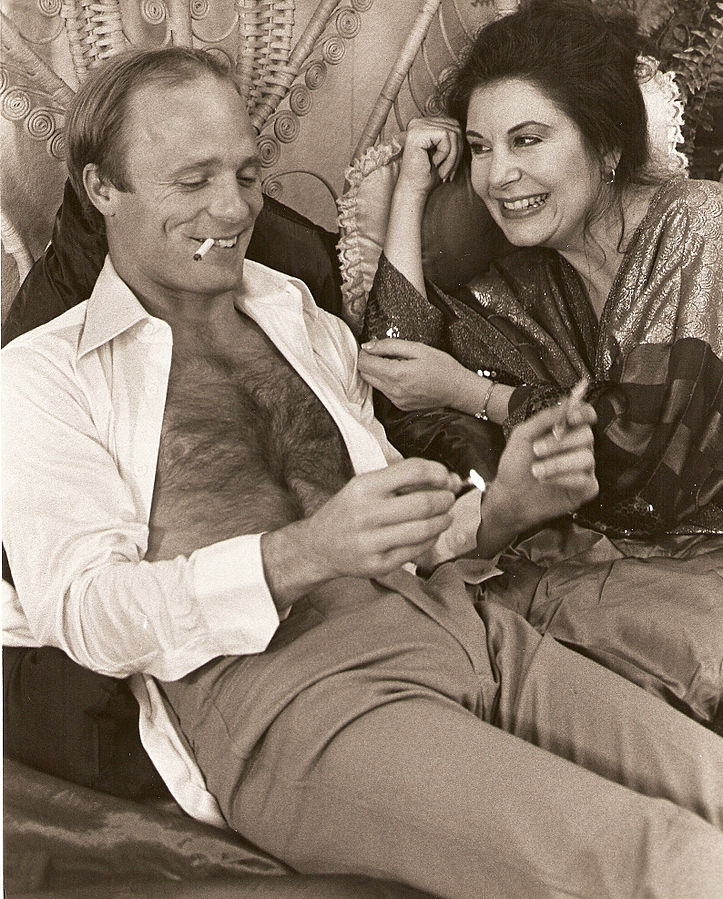 By the end of the 1980’s, Ed Harris had accumulated 16 movie credits and acting award nominations for his work as

Ed Harris had co-starred opposite stellar leading ladies Jessica Lange in Sweet Dreams (1985) and Sally Field in Places in the Heart (1984). Places in the Heart also had actress Amy Madigan in the cast, along with John Malkovich, Danny Glover, and Terry O’Quinn.

Harris had a new leading lady in his private life as well by that time. While working on a play in Los Angeles in the early 1980’s, Ed Harris had met fellow actress Amy Madigan; they played lovers in Places in the Heart, which filmed in Waxahachie, Texas – and got married there on November 21, 1983. Daughter Lily Harris was born May, 1993. Amy Madigan and Ed Harris are still together and have just celebrated their 32nd wedding anniversary – a rare, long-lasting “Hollywood” marriage. The couple have made their home in Malibu, California for many years. Below, real-life lovers Amy Madigan and Ed Harris are featured in the Sony movie trailer for Places in the Heart.

During the 1990’s Ed Harris continued to work steadily, completing filming on 16 movies during his 40’s, and accumulating more critical acclaim for acting in movies such as

Turning the corner into his 50+ years, Ed Harris took on the new challenge of executive producing and directing for a movie about painter Jackson Pollock. Pollock (2000), which he also starred in, garnered Harris a third Oscar nomination, this time for Best Actor. Once again, his wife Amy Madigan was in the cast of Pollock, along with Sada Thompson, Marcia Gay Harden, and John Heard. Above, Ed Harris as Jackson Pollock in Pollock.

Harris’ creative energy showed no signs of slowing down with maturity – during his fifties, he appeared in another 18 movies including A Beautiful Mind (2001) starring Russell Crowe, Jennifer Connelly, and Christopher Plummer; The Hours (2002) starring Nicole Kidman, Julianne Moore, and Meryl Streep. He earned his fourth Academy Award nomination, for Best Supporting Actor in The Hours.

Closing in on his senior years, at age 62 Ed Harris won a Golden Globe Best Supporting Actor Award for his role in the HBO TV movie Game Change (2012). Julianne Moore, his co-star from The Hours, appeared in Game Change, along with Woody Harrelson, Peter MacNicol, Jamey Sheridan, Ron Livingston, and Sarah Paulson.

In The Face of Love, Ed Harris plays a dual role as Tom, a man who looks like the deceased husband (Garret) of a grieving widow (Annette Bening). Robin Williams and Amy Brenneman play supporting roles. The Face of Love is a good example of a romance film featuring older actors.

Throughout his career, Ed Harris’ trademark intensity, unabashed and early-onset balding, and piercing blue eyes contributed to the feeling of honesty and realism that inhabited the characters he played, making him a perennial favourite with baby boomers and other generations.

Ed Harris has appeared periodically in off-Broadway plays and now as a new senior citizen, in 2016 he will be appearing in an off-Broadway Sam Shepard play Buried Child, opposite his wife Amy Madigan. His creative output is picking up steam as he gets older – between 2010-2015 he has 17 movies under his belt, and more on the way – In Dubious Battle with Robert Duvall and his The Right Stuff co-star and Buried Child playwright Sam Shepard; as well as two other movies are set to be released in 2016 and 2017.

Still trim as a 65-year-old senior citizen, in a 2014 interview with Adam Jacques for Independent, Harris had this to say about his fitness regimen as he is getting older:

“I like to stay in shape: I swim, play tennis, and shoot a few baskets with other actors.”