In the early morning of February 1, 1951, Los Angeles television station KTLA had a cameraman filming atop a Las Vegas hotel when the Operation Ranger atomic bomb Easy was dropped, making it the live first telecast of an atomic bomb. 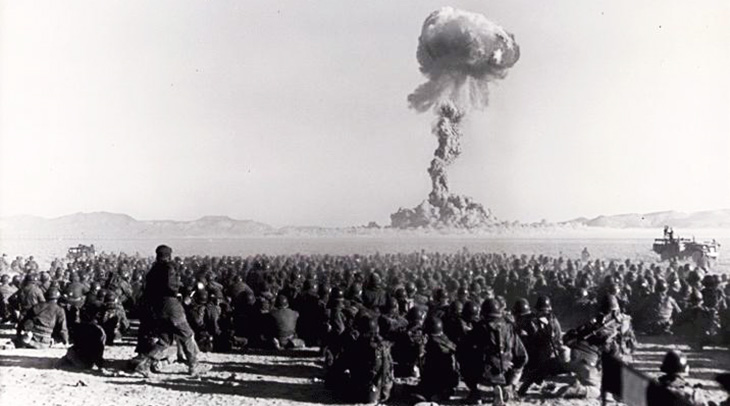 Troops were only 6 miles from the blast when this particular test took place later in 1951. 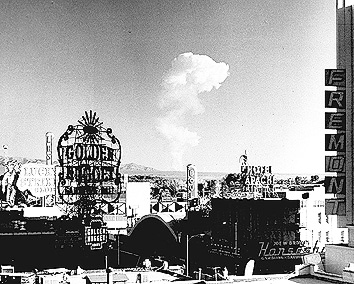 In 1951 the Department of Energy conducted aerial Atomic Bomb testing in the desert of the Nevada Test Site as part of Operation Ranger.

The Mushroom clouds from the 100 aerial tests conducted during the 1950’s at the Nevada Test Site could be seen from the downtown Las Vegas hotels, and became a tourist attraction for families of the baby boomer generation.

Later in 1951, more atomic bomb tests were performed as part of Operation Greenhouse in the Pacific.

At 9:00 am on February 3, 1951, industrialist Alfried Krupp and 20+ other German World War II prisoners that had been convicted of war crimes and had their property forfeited during the Nuremberg Military Tribunal and Dachau trials, were released from Landsberg prison in Bavaria, Germany. 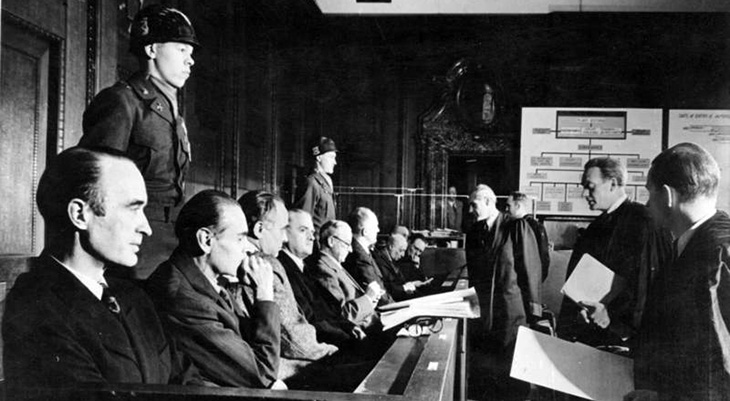 In the early 1930s, Alfried was a member of the SS and his father Gustav donated heavily to the Nazi Party. Alfried joined the Nazi Party in 1938, and in 1943 Hittler declared a special order making Friedrich Krupp AG a sole proprietorship under the ownership of Alfried Krupp, and made him a government Minister.

The Krupp company was the center for German arms during World War II. They used POW’s and civilians from occupied countries, selecting laborers from concentration camps during the war. It is estimated that there were approximately 100,000 slave laborers at Friedrich Krupp AG during WWII.

Post WWII, during the Krupp Trial, Alfried and ten other associates in the company were convicted of the war crimes of plunder and use of slave labour, and sentenced to 12 years in prison. His property was forfeited and he went to prison in 1948. Their crimes were pardoned (but they were not acquitted) 3 years later in 1951 as part of a U.S. initiative to appease Germany during the Cold War. Just two years later, Alfried Krupp was back in control of Friedrich Krupp AG.

Upon Alfried’s death in 1967 of lung cancer, his son Arndt gave up his claim on the estate in return for a yearly stipend. The entire Krupp family holdings were transferred to the Alfried Krupp von Bohlen und Halbach Foundation, which funds philanthropic projects . The foundation was the major shareholder in ThyssenKrupp, one of the largest steelmakers in the world. It was headed from it’s inception in 1968 by Berthold Beitz (savior of hundreds of Jews from the SS during World War II) until his death in 2013.

Jake LaMotta was inducted into the New York State Boxing Hall of Fame in 2012. At the ceremony he shared some jokes from his 1970’s stand-up comedy routine, including

“I fought Sugar Ray Robinson so many times (six, losing five) that it’s a wonder I didn’t get diabetes.”

In 1976, the PBS series The Way It Was captured clips from their bouts (including the St. Valentine’s Day Massacre), and caught up with both Sugar Ray Robinson and Jake LaMotta.

Jake LaMotta was 95 when died of pneumonia complications in September 2017.