Premiere of the I Love Lucy Sitcom

The I Love Lucy sitcom debuted on CBS on October 15, 1951 in glorious black and white, and ran until May 6, 1957. Baby boomers loved I Love Lucy and the series continued in re-runs and syndication for years, with stars Lucille Ball, Desi Arnaz Sr., Vivian Vance, and William Frawley becoming household names. 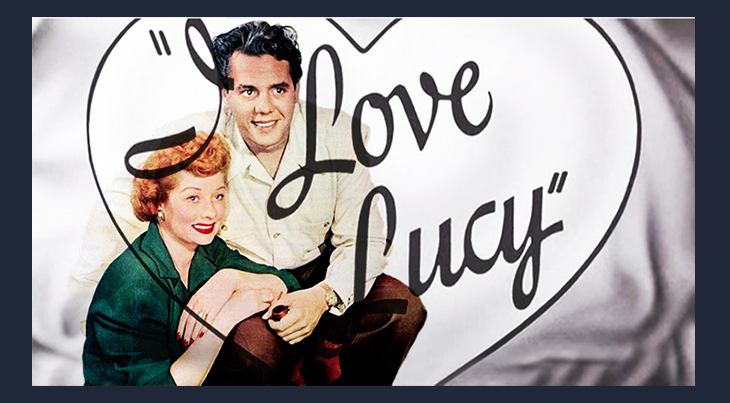 I Love Lucy was developed by Lucille Ball and her husband Desi Arnaz under their new Desilu Productions company (formed in 1950), filmed at their Desilu Studios. Desi Arnaz served as Executive Producer on the series.

Lucille Ball had already starred in many “B” movies during the 1930’s, and 1940s. Cuban musician Desi Arnaz and his family had come to America in the mid-1930’s when he was a teenager, after the Cuban Revolution resulted in the confiscation of their family properties. Arnaz was discovered by fellow Spanish-Cuban musician Xavier Cugat in Miami.

Desi Arnaz moved to Hollywood and met actress Lucille Ball while they filmed the musical Too Many Girls (1940). They got married in November 1940 after eloping.

When the My Favorite Husband radio special was made into a radio series (July 1948 – March 1951), Lee Bowman was unavailable, so Richard Denning played George Cugat. Denning is best known for his later starring roles on TV’s Mr. & Mrs. North, Michael Shayne, The Flying Doctor, and for playing Governor Paul Jameson on Hawaii Five-O. 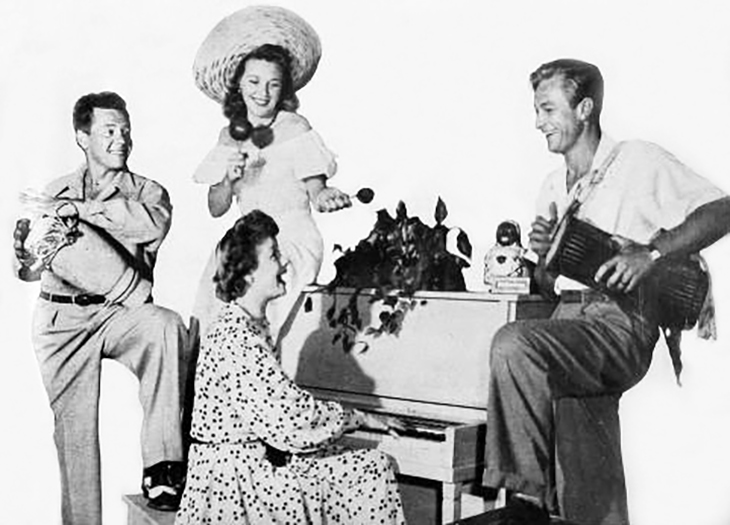 CBS asked Lucille Ball to develop My Favorite Husband for television, and wanted Richard Denning to continue in the role of her husband. Ball insisted on working with her real-life husband Desi Arnaz, and My Favorite Husband was reworked to become the new TV series I Love Lucy that premiered in October 1951. 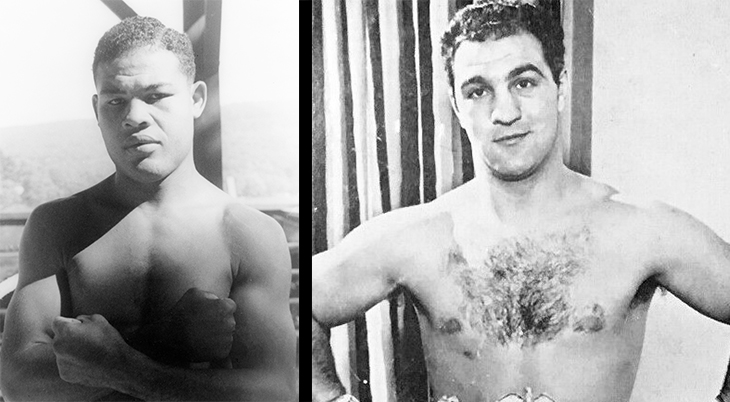 World Heavyweight Champion Joe Louis had held the title from 1937 until he announced his retirement in March 1949. He’d successfully defended his heavyweight title in June 1946, defeating Billy Conn in a greatly anticipated re-match. Louis came out of retirement in 1950 for financial reasons, and his loss to Rocky Marciano was the final bout of his briefly resumed pro boxing career.

Rocky Marciano (nee Rocco Francis Marchegian, born on September 1, 1923) had begun boxing while serving in the U.S. Army from 1943-1946 during World War II. Marciano won the Amateur Armed Forces boxing tournament in 1946 and became a professional boxer in 1947, winning his first pro fight with a knockout. He made a brief return to amateur boxing status and tried out unsuccessfully for the Chicago Cubs baseball farm team.

“Marciano, as affable outside the ring as he is ferocious in it, packs one of those ‘builds’ that only a Broadway tailor could guarantee. His legs are a pair of oaken affairs reminiscent of Jim Jeffries’ underpinnings and he is billed as another Dempsey….The curly-haired, bright-eyed Marciano didn’t begin fighting for a living until he was 24, admittedly a late start. ‘My Pop’s a shoemaker but we all had to work,’ Rocky said. ‘He was gassed at Chateau-Thierry [WWI, France] so it’s been up to the family to help him along.’ Marciano worked mostly with construction gangs around Brockton but got in a lot of amateur boxing. Marciano is supposed to be able to pull a fight out of the fire with either hand but his best punch is a crushing right counter….Marciano may capture the nation, as he has New England, as the clean-living, earnest guy who mixes it up for his wife and folks.” – The Daily Record, October 10, 1951

Rocky Marciano’s TKO win over Joe Louis in October 1951 was the 38th consecutive win for Marciano.

Marciano went on to win the World Heavyweight Champion title in September 1952. Having secured the title, Marciano never lost in 6 subsequent bouts defending his championship. He retired in April 1956 at the age of 32 undefeated, and became a television boxing series host, commentator, and referee.

Rocky Marciano died in an airplane crash on August 31, 1969; he was 45 years old, and would have celebrated his 46th birthday the next day. He was inducted into both the World Boxing Hall of Fame and the International Boxing Hall of Fame. 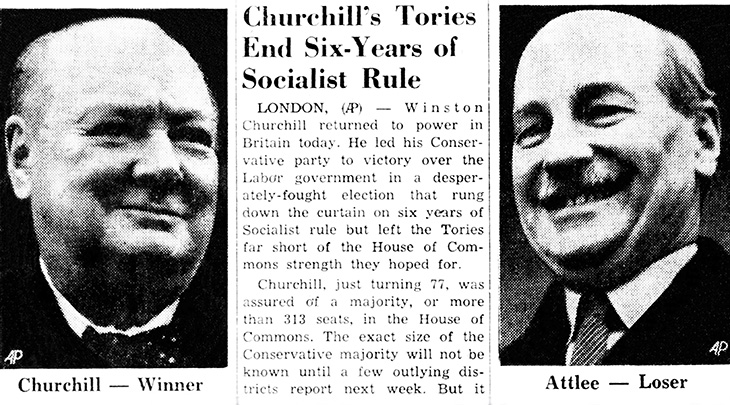 Churchill had been in poor health, but under his leadership the Conservative Party managed to defeat sitting Prime Minister Clement Attlee’s Labour Party. It was Attlee who had defeated Churchill in the 1945 election.

Former national Second Boer war hero (1899), war correspondent and author Winston Churchill had won his first election in 1900 (the constituency of Oldham). Thus began a political career that would result in being elected 40 years later to the office of Prime Minister for the first time. 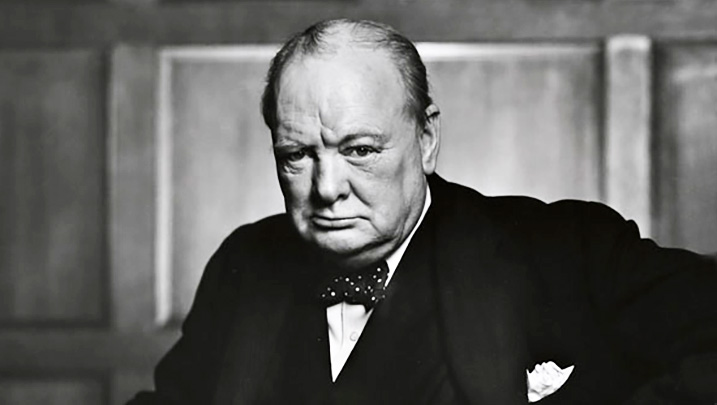 Winston Churchill had served as British Prime Minister from May 1940 – July 1946, leading Britain through World War II. After his Conservative Party was defeated in the 1945 elections, Churchill served as Leader of the Opposition (1945 – 1951).

While in office during his second term as Prime Minister, in 1953 he suffered a stroke.. Although he recovered from the stroke, Winston Churchill retired as Prime Minister in April 1955; he was 90 when he died in January 1965.