The Writing on the Wall of Adam Wade 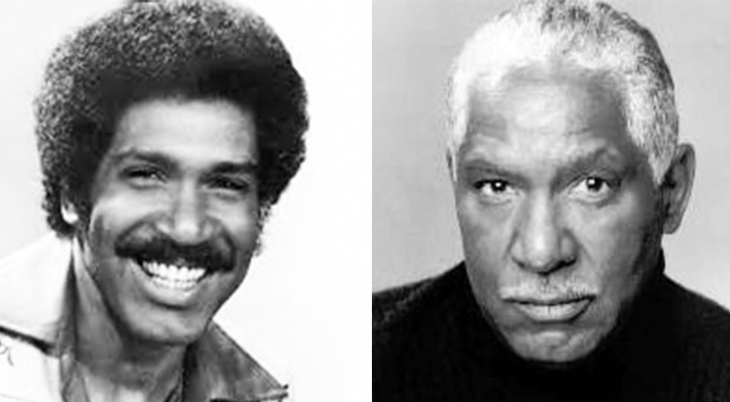 Born Patrick Henry Wade on March 17, 1935 in Pittsburgh, Pennsylvania, young Patrick Wade lived with his paternal grandparents and grew up in the city.

He recalls playing basketball on his high school varsity team, and worked on building sewage tunnels under the river. When their part of the work on the tunnels was complete, a fellow basketball player told him there was a job opening at Salk Hall. Wade worked as a lab assistant (testing blood) for two years with the famed Dr. Jonas Salk (polio vaccine inventor).

At the same time, he was singing in the choir with piano playing pal and writer Richard Baugh. Together they pored through a songbook he says was called “The Facebook” at every opportunity to build up a repertoire.

Singing was Wade’s gift and lifelong passion, and he was signed to Coed Records in 1959 by owners Marvin Cane and George Paxton.

Patrick Wade was toured around the Brill Building by Coed to meet with publishers and songwriters, and it was founder Marvin Cane’s wife Georgia who suggested a name change. She leafed through a telephone book and suggested he change his name to Adam Wade, because it was earlier in the alphabet.

Soon after signing with Coed, Adam Wade saw success on the music charts. His first Top 100 hit was 1960’s Ruby, a cover of the theme song from the 1953 film Ruby Gentry. Some of his favorite early recordings are A Whisper Away From You (still his favourite today), Tell Her For Me, and Take Good Care of Her (1961), a #7 chart hit.

His chart success translated into other 1960s television singing appearances on talk shows and musical series:

Adam recalls that when big bands came into New York, they needed band boys to lug equipment, electronics, luggage, etc.. He’d formed a casual acquaintance with just such a band boy, and heeded his advice when the lad called him over one day from the other side of the street:

“You should get into commercials because you have a nice voice, you’re a good looking guy.”

Wade had already signed with the William Morris Agency as a night club act, however his agent didn’t think he was suitable for commercials. Wade disagreed, and was very successful in finding commercial and acting work on his own. He appeared as a sergeant in a 1966 episode of Tarzan with Ron Ely and George Murdock, and in a 1969 episode of The F.B.I. with regulars Efrem Zimbalist Jr., Philip Abbott, and featured guest stars Billy Dee Williams and Lola Falana.

In 1970 Adam Wade landed the role of John Burroughs on the long-running daytime television soap opera Search for Tomorrow. He fondly recalls scenes with the series leading lady, actress Mary Stuart (Joanne Tourneur). In the show’s storyline, Joanne was in charge of the youth centre and would bring his character of John Burroughs in to sing songs.

Wade worked on Search for Tomorrow for about a year and says he received a good grounding in acting, learning tricks to memorize dialogue. He remembers actors losing their jobs because they couldn’t remember their lines. On the set, the mantra was “You do not make them stop the machine.”

Wade says he left Search for Tomorrow because at that time,

“CBS wouldn’t give contracts to black actors….we had to come in every day and see if our name was still up on the board.”

Throughout the remainder of the 1970s Adam Wade found frequent work acting in movies and on television. In the early part of the 1970s he appeared in small roles in several films with some big names:

The 1973 action film Gordon’s War starred Paul Winfield, and was directed by Ossie Davis. Wade remembers playing a criminal/hustler in the movie, having a few scenes with star Paul Winfield. His most vivid memory of filming the movie was having to lie down on the ground at night during pouring rain, after his character was shot.

“It was cold, cold, cold…but also very much fun“.

In addition to being a regular on Tony Orlando and Dawn in 1976 in a “Wiz of the Biz” segment, Adam Wade’s guest-starring gigs on episodes of popular 1970s TV series included:

Wade commented that there were barriers for black actors in finding regular or starring roles on television series in that era, due in part to writer’s not creating well-developed black characters.

The Spinners appeared on several episodes of Musical Chairs in September of 1975, and on the their second episode they brought with them a singer named Jeree Palmer.

“She was managed by the same people that managed the Spinners, her agent got her on the show with them. I saw her, but I had a thing, I didn’t want to hit on the guests.”

Some time later when Adam was performing at the Golden Nuggett in Atlantic City, he received a call to fill in when jazz singer Billy Eckstein fell ill. At the Sweetwater’s opening night, Jeree Palmer was sitting in the front row of the audience, flirting with him (his words). He invited her to go for a drink, she took him home, and they’ve been together ever since, marrying in 1989.

Voice over acting (The Super Globetrotters) and commercial work were Adam Wade’s bread and butter during the 1980s. He did a milk commercial that lasted for four years, and appeared on an episode of Hill Street Blues as an Internal Affairs Officer in a scene with Dan Hedaya and Daniel J. Travanti.

Expanding Interests In The Golden Years

In the interim, during his 50+ years Adam continued acting and singing on stage (sometimes performing with wife Jeree), touring and at home in plays and musicals.

Adam Wade has appeared in and directed several plays. For a production of the stage musical Guys and Dolls at a Philadelphia dinner theater, he delighted in going outside the box, turning the whole theater into part of the sewer.

Wade’s most recent on-screen appearances were an episode of Law & Order, a bartender in the film Brother to Brother (2004), and a preacher in the short Drugs 101 (2010).

An interest in writing has produced a sci-fi novel El Sim (not yet published), and a novella he’s been working on for several years now titled Once Upon a Time in Pittsburgh is based on incidents from his life.

Recently, a letter from an Adam Wade fan asking him to make another record has sparked his imagination as well.

“I had my first fifteen minutes..I might get another fifteen. All in all, it’s been a wonderful life.”

Now in his golden years (age 82 at the time of this interview in 2017), Adam Wade says he feels good and can take care of himself, but his basketball playing days are over. If an opportunity to act or sing comes along he’s interested, but he reached the point where he couldn’t deal with some dementia overtaking him, as it wasn’t fair to the other actors. This last was a surprise to me; although there were occasional pauses while we chatted and he searched back in time for a specific detail, I was struck by how good his memory was, given he had 50+ years of history to sift through!

After a stint in California in the 1990s, Jeree and Adam Wade moved back north. He lives in New Jersey with Jeree now, and they have family close by.

Wade attributes his longevity to being a positive person, and having his own personal relationship with God; he studied with his spiritual mentor Al Fan in a church basement for five years.

Below, Adam Wade’s recording of Take Good Care of Her.

Career and life words of wisdom from Adam Wade:

“You can do your show, lay down, wake up, and next morning you’re old fashioned.”

The best thing about being in your senior years?

“You get closer to the end of the road, if you get tired, you can just stop and lay down.”

Advice to your younger self?

“Listen, carefully…There are people that mean you harm, that mean you no good – like the O’Jays sing “Smile in your face…the back stabbers.” If you work hard, give yourself a break.”