The Marx Brothers in Monkey Business 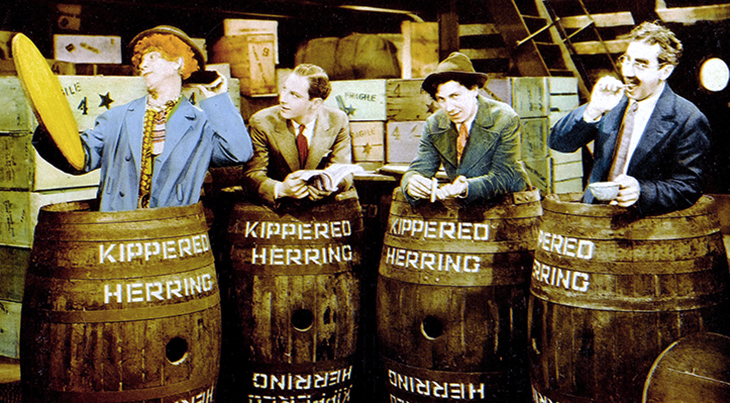 Director Norman Z. McLeod would later say that up to 12 different writers contributed to Monkey Business, including uncredited producer Herman Mankiewicz and the Marx Brothers, although only the primary screenwriters S J. Perelman and Will B. Johnstone were credited. 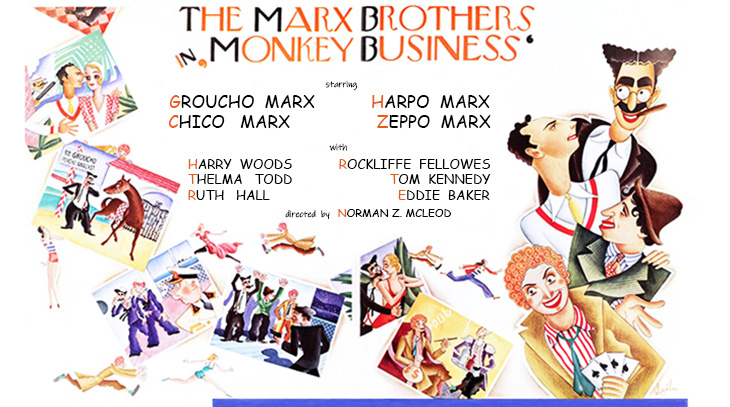 The plotline of Monkey Business has the four Marx Brothers stowing away in barrels in the cargo hold of a transatlantic ocean liner. As the cruise progresses, “the stowaways” are discovered, and the ship’s crew tries to catch and arrest them.

When the ship docks, Zeppo steals singer Maurice Chevalier’s passport and unsuccessfully impersonates him while attempting to get through customs. Each of his three older brothers then take an (unsuccessful) stab at it. They eventually hide under luggage and get off the ship.

The four stowaways turn up at a party hosted by Big Joe and save his daughter Mary from Brigg‘s kidnappers.

Zeppo segued from being a theatrical agent with brother Gummo Marx, into a successful business man, engineer, and entrepreneur. As an inventor, Zeppo Marx came up with a watch to monitor pulse rates. His company Marman Products manufactured the Marman Twin motorcycle, and a clamping device invented by Zeppo that held atomic bombs in place on airplanes during WWII raids.

Zeppo’s second wife was Barbara Blakely, 27 years his junior. Before they divorced in 1973, there were infidelities on both sides, according to Barbara’s autobiography Lady Blue Eyes (2008). She began an affair with their friendly long-time Rancho Mirage neighbour Frank Sinatra, and became Sinatra’s fourth and last wife in 1976 after her divorce from Zeppo was final. 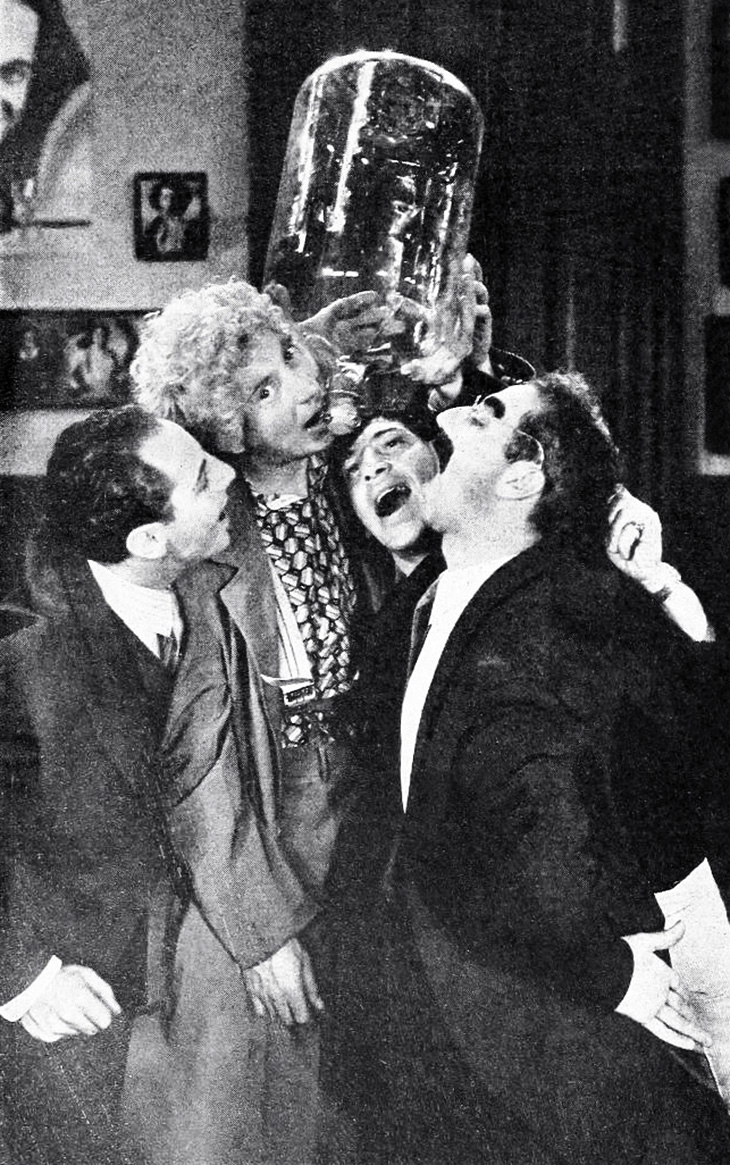 Barbara noted in her book that she took Zeppo to doctors appointments and treatments for cancer when he became sick in 1978. Zeppo Marx died of lung cancer in November 1979, age 78.

Born on November 7, 1897 and known for his acerbic wit, Monkey Business producer Herman J. Mankiewicz (grandfather of NBC Dateline reporter Josh Mankiewicz & TCM  host Ben Mankiewicz) started out as a reporter during World War I. Post WWI, Herman turned to writing for magazines, and was theatre critic for The New Yorker. He migrated to Hollywood in the mid-1920s and began working for Paramount on silent movie scenarios and titles.

As the sound era came in, he worked on script adaptations and original screenplays. Monkey Business was his first stab at producing for Paramount Pictures. “Mank” went on to produce 2 more Marx Brothers films – Horse Feathers (1932), and Duck Soup (1933). 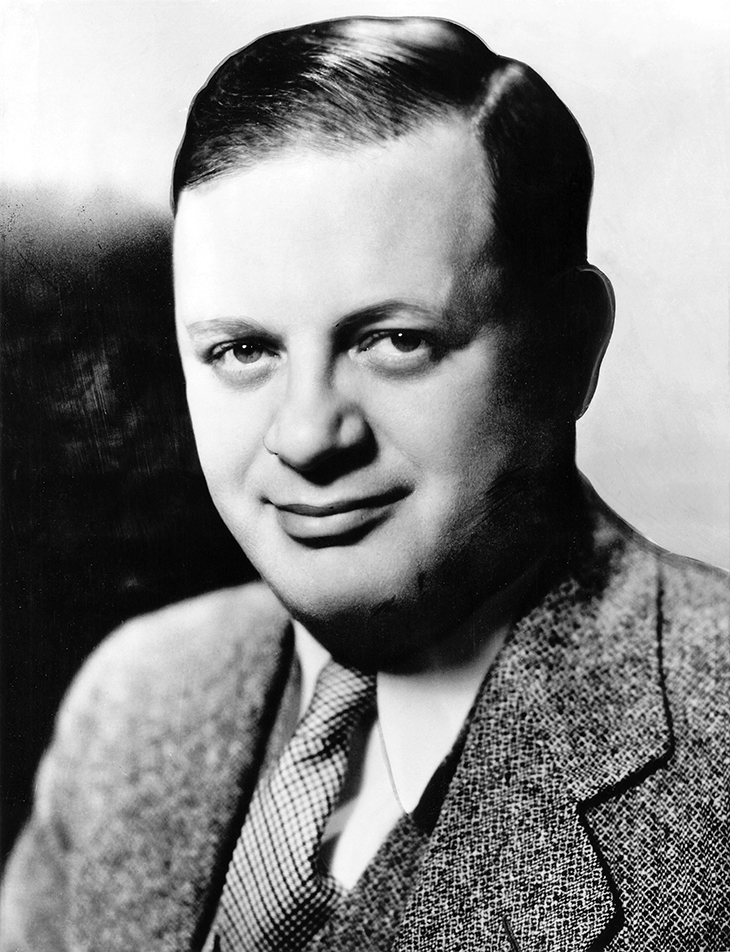 “There is a story going around that Herman Mankiewicz took Harpo to a party one night and that Harpo proceeded to kiss every girl as soon as he was introduced. Herman, fearing that somebody might take offense, called Harpo aside and told him that even though he was in Hollywood he couldn’t rush right up to a girl and kiss her as soon as he’d met her. Time and conversation should transpire before the osculation. So the next guest was brought along and Harpo bowed seriously and said, ‘How do you do, Miss Smith. Have you seen Grand Hotel? Now may I kiss you?‘”

Although mute onscreen, off camera Harpo Marx was a member of the Algonquin Round Table, as was Herman Mankiewicz. The famed New York City informal club was composed of literary and theatrical types known for their love of playing games, practical jokes, wordplay, and making witty remarks.

Herman also served as the uncredited producer on Million Dollar Legs (1932), which was based on his younger brother Joseph Mankiewicz’s story. He was finally credited as a producer on his fifth and last producing effort, the drama A Woman’s Secret (1949) starring Maureen O’Hara, Melvyn Douglas, and Gloria Grahame.

Mankiewicz’s greatest claim to fame is for writing the Citizen Kane (1941) screenplay; he and Orson Welles were each given a Best Screenplay Academy Award for it. Herman J. Mankiewicz died in March 1953 of uremic poisoning (he was an alcoholic for most of his adult life) at the age of 55. 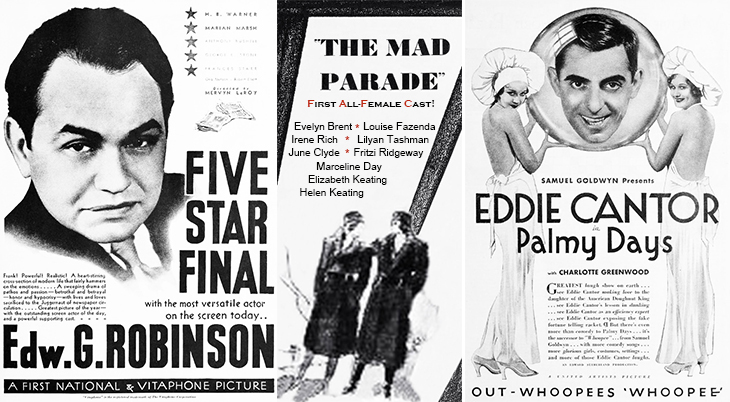 Much was made of The Mad Parade being the first movie with an all-female cast. This WWI ensemble drama is based on the story Women Like Men by Gertrude Orr and Doris Malloy; the screenplay was written by Henry McCarty, and the film was directed by William Beaudine. The Mad Parade stars Evelyn Brent, Irene Rich, Louise Fazenda, Lilyan Tashman, Marceline Day, Fritzi Ridgeway, and June Clyde, with sisters Elizabeth and Helen Keating. 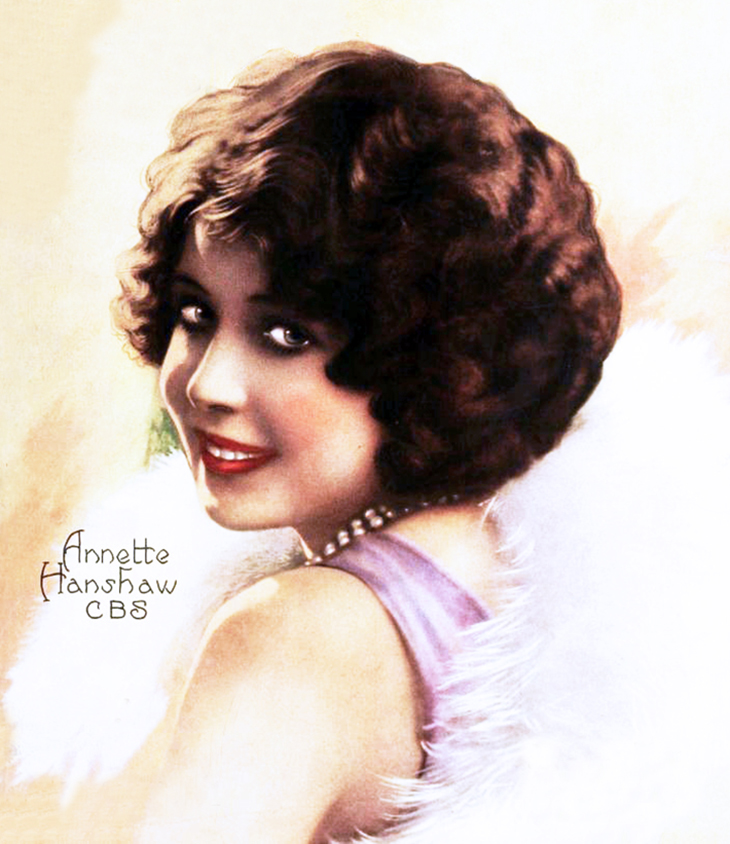 Sultry CBS blues singer Annette Hanshaw recorded her mid-tempo version of the hit song I Don’t Know Why, on September 22, 1931, with Benny Goodman.

With lyrics by Roy Turk and music by Fred E. Ahlert, I Don’t Know Why was recorded by several other artists in September 1931. Baritone Russ Columbo, Wayne King and his Orchestra, Benny Kreuger, and Kate Smith also took a turn at it.

Born on October 18, 1901, Catherine Annette Hanshaw had been singing since the age of six. After graduating from the National School of Design, she began a career in commercial art. Music soon resurfaced as her first passion and she was heard on local Florida radio stations, and recorded several tunes in 1928 as Gay Ellis and Her Novelty Orchestra.

She was a blues / jazz recording artist for Columbia under her own name Annette Hanshaw, by the end of 1929. Hanshaw sang with most of the big orchestras of the 1930s, including Benny Goodman, Rudy Vallee, Jimmy Dorsey, and Tommy Dorsey. Her biggest hit songs were Big City Blues (1929), For Old Times’ Sake (1928), and Body and Soul (1930). 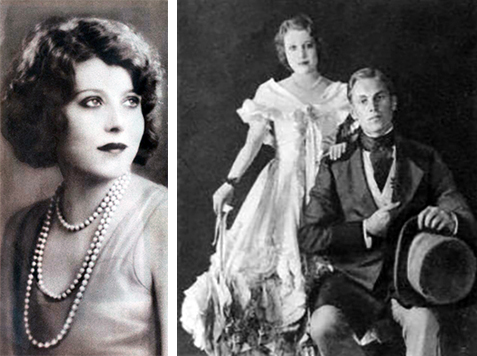 Annette was a featured singer beginning in 1933 on the Captain Henry’s Maxwell House Show Boat radio program, co-starring with Charles Winninger, Lanny Ross and Conrad Thibault. She left the popular radio series in 1935 to sing two days a week on The Camel Caravan with Walter O’Keefe.

Hanshaw won the 1934 Radio Stars magazine contest as Female Popular Singer; her male counterpart was Bing Crosby. Despite her obvious talent, in many interviews she confessed to an extreme lack of self confidence, saying she was never happy with her voice or live performances. Annette Hanshaw was 83 when she died of cancer in 1985.

Ethel Merman sang the song Life is Just a Bowl of Cherries (lyrics by Lew Brown, music by Ray Henderson) for the first time in the Broadway musical George Whites Scandals of 1931, which opened on September 14, 1931. 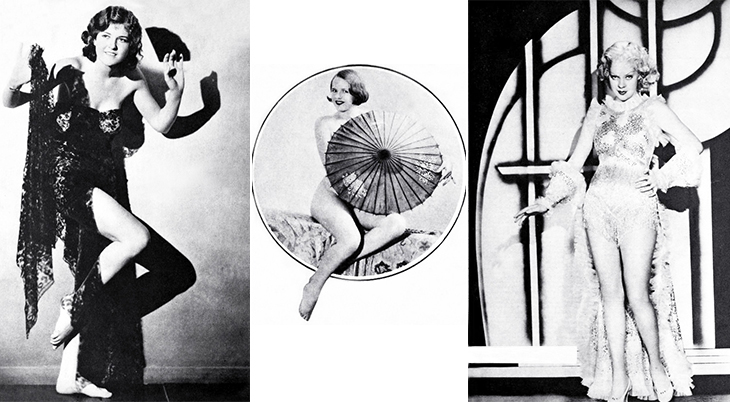 In the cast with Merman were Ray Bolger, Ethel Barrymore Colt, Alice Faye, and Rudy Vallee. Vallee recorded Life Is Just a Bowl of Cherries five days later, on September 19, 1931. It became one of his signature tunes. 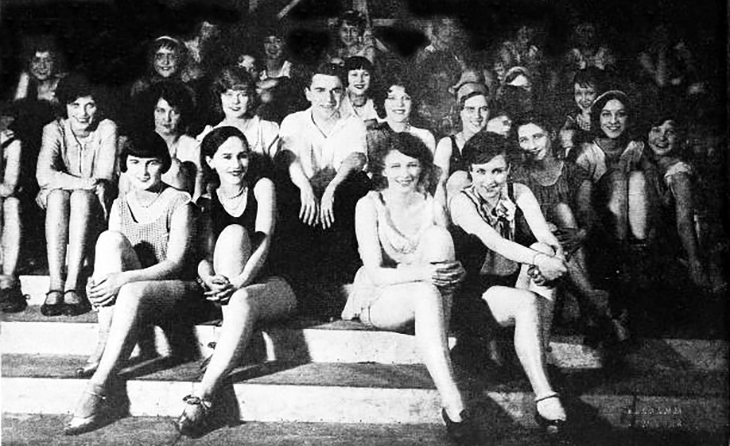 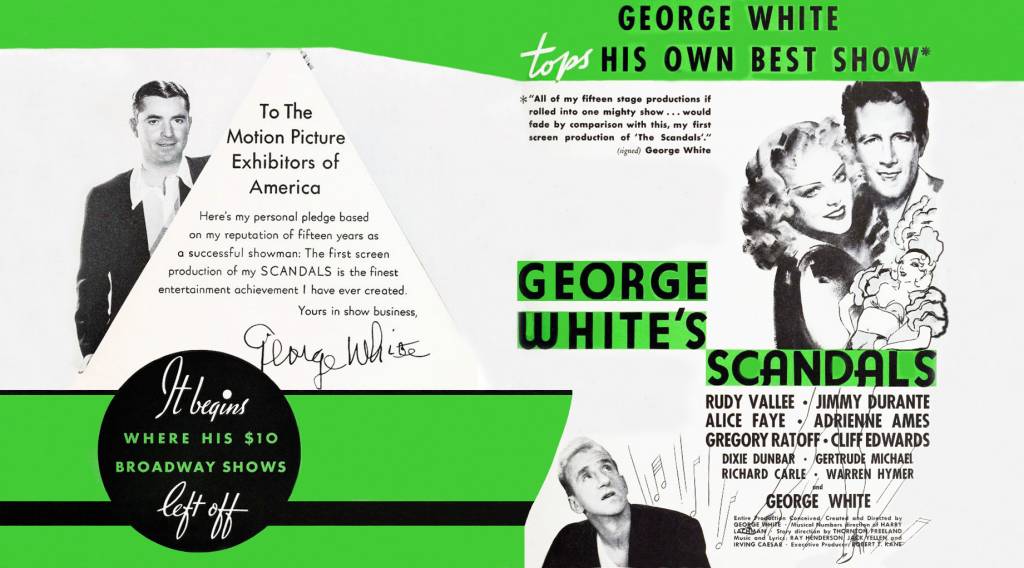 So popular was the star-studded 1931 Broadway musical Scandals version that it was made into the movie George White’s Scandals (1934). 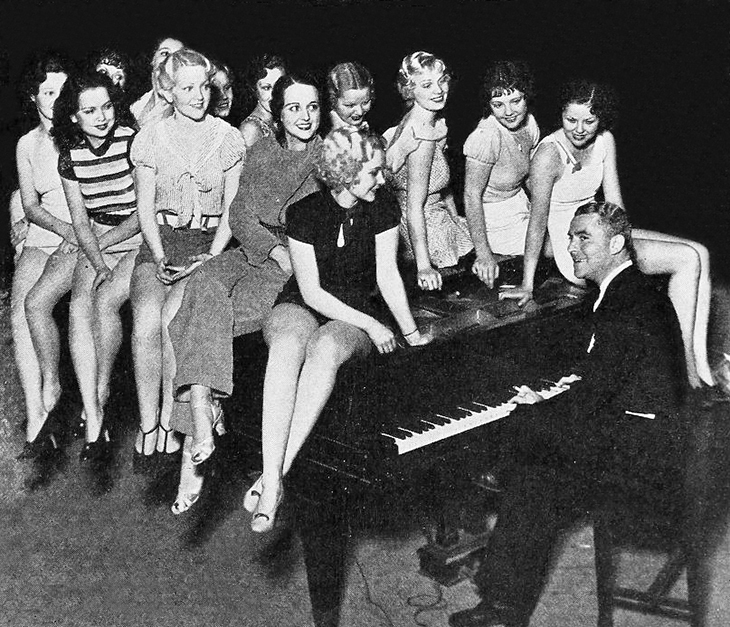 Although Ethel Merman, Ray Bolger, and Ethel Barrymore Colt didn’t reprise their 1931 stage roles in the 1934 film, Rudy Vallee & Alice Faye returned to star in it. With the addition of Jimmy Durante, Adrienne Ames, Gregory Ratoff, and George White himself in a cameo, the movie was a success. 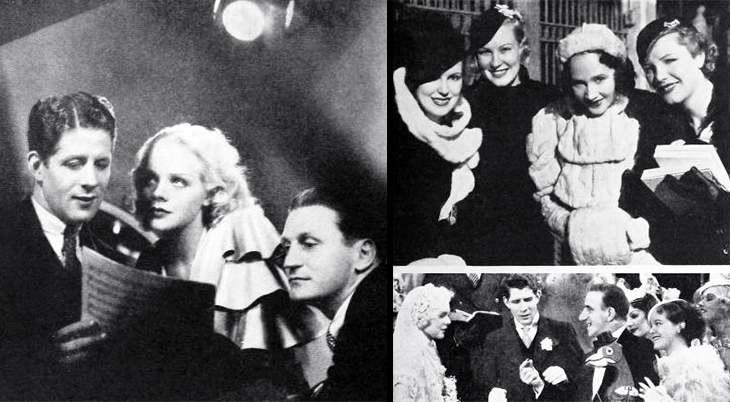 Two subsequent Scandals movies were made:

George White fell from grace after being sentenced to 9 months for a 1946 hit-and-run automobile accident, and his career as a stage and film producer was over. He died in 1968 of leukemia, age 77.