News Headlines & Entertainment Trivia from August, 1952: Classic Movies Release – The Snows of Kilimanjaro; Devil’s Island Penal Colony is Closed; Jo Stafford at #1 with You Belong to Me, by Chilton Price.

The Snows of Kilimanjaro 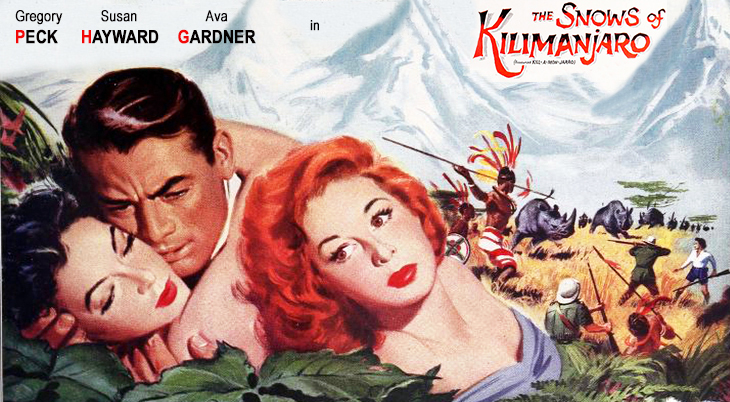 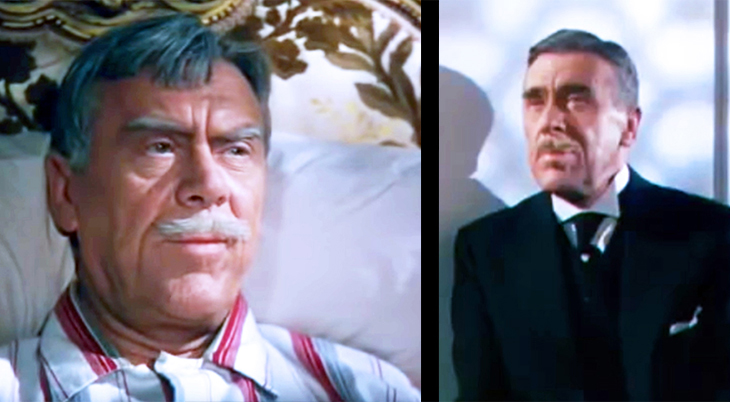 In author Ernest Hemingway’s 1936 short story of the same name, writer Harry, is on safari in Africa. He’s got gangrene and is stranded in a camp at the base of Mount Kilimanjaro, with his wealthy female companion Helen. Harry reflects on his life and regrets (a prostitute he fell in love with, his marriage, etc.) and surmises that he would have been more likely to achieve his full potential as a writer if he hadn’t made a career out of marrying wealthy women.

The Snows of Kilimanjaro screenplay by Casey Robinson alters Hemingway’s female characters and gives a more “Hollywood” happy ending to the film. 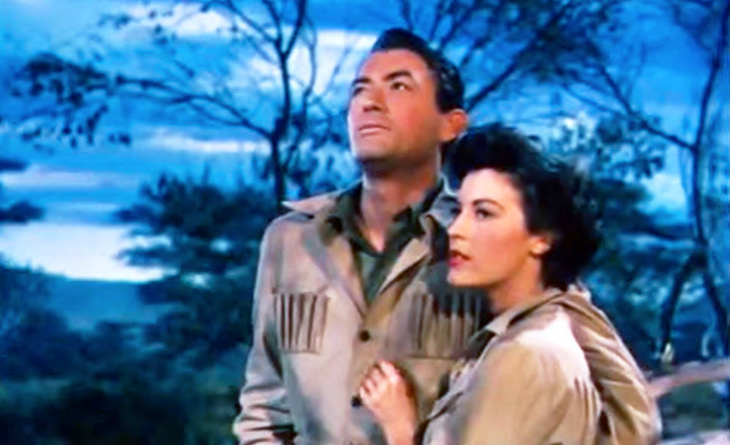 Gregory Peck is of course, the writer Harry. Ava Gardner is Cynthia Green, whom he met in Spain and fell in love with. Cynthia wants a home but Harry wants to go on safari in Africa; she’s pregnant but doesn’t want this news to frustrate Harry, who wants to continue traveling and writing. He only learns of her pregnancy after Cynthia loses the baby. 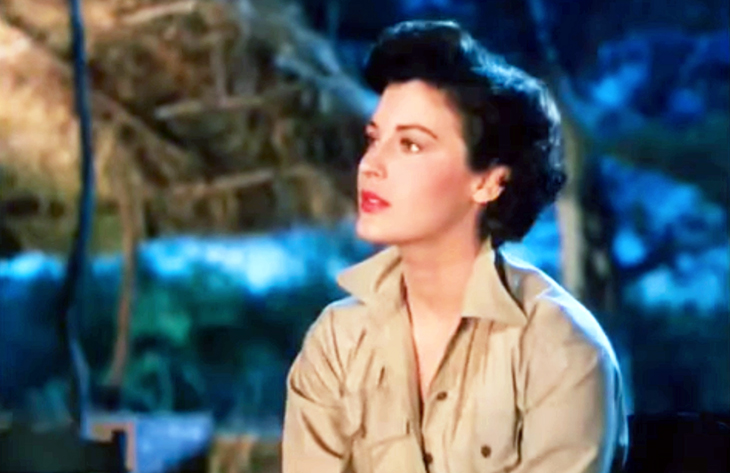 (Ava Gardner 1952 The Snows of Kilimanjaro)

Cynthia goes into an alcohol-fueled depression, and when she thinks Harry’s leaving for a job as a war correspondent, she runs off with a flamenco dancer (Richard Allan).

Harry gets engaged to the wealthy Countess Elizabeth; they break up when a letter from Cynthia falls into the hands of the Countess. She confronts Harry, who leaves in a huff for Spain to find Cynthia. 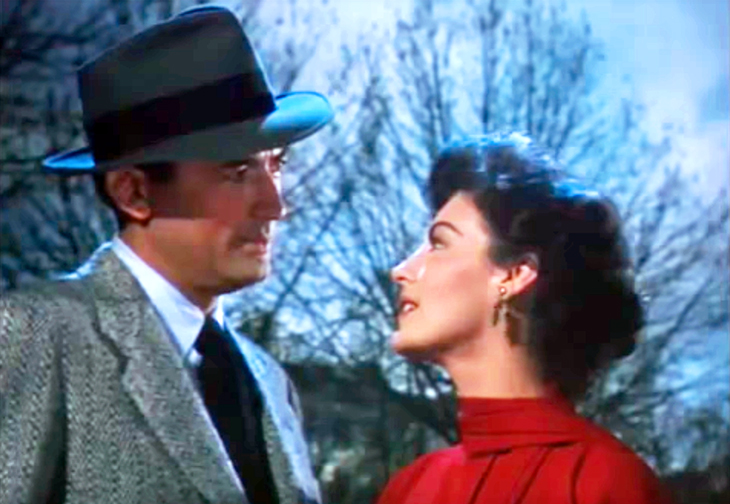 Harry ends up fighting in the Spanish Civil War, and finds Cynthia is now an ambulance driver. Harry is seriously wounded when he tries to save the mortally injured Cynthia.

Later, in Paris, he meets Helen (Susan Hayward) who reminds him of Cynthia. They marry and go to Africa together on safari, where Harry develops an infection…

The Snows of Kilimanjaro was shot on location – Kenya, Egypt, the French Riviera – in glorious Technicolor. 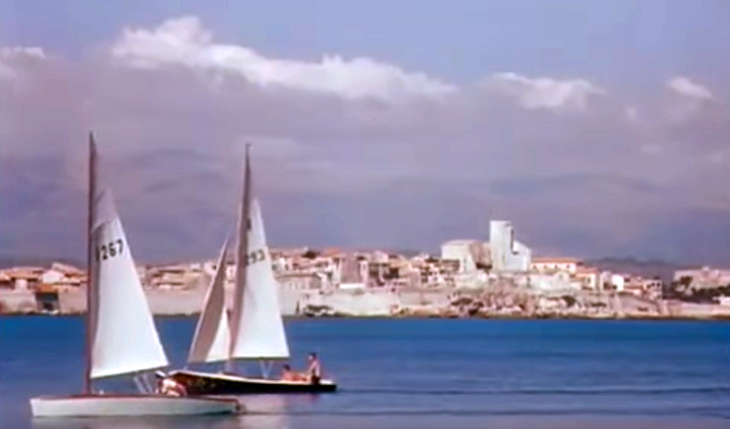 The movie was a box office success, and although critics thought the film was a bit slow, Cinematographer Leon Shamroy and the Art Directors Lyle R. Wheeler, John DeCuir, Thomas Little, and Paul S. Fox, resulted in Academy Award nominations. If you’re a Gregory Peck fan, then this movie will be right up your alley.

The French penal colony of Cayenne commonly known as Île du Diable or Devil’s Island, was largely closed by August 1952. The French government had created the penal colony a hundred years earlier, c. 1852-1853 on the three Salvation Islands of French Guiana. These islands in cold waters of the Atlantic Ocean – 11 miles off the cost of French Guiana on the north-west coast of South America.- were formed by volcanos and have rocky shorelines. If the remoteness and terrain weren’t enough to discourage escape, the shark-infested waters surrounding the islands discouraged most (not all) prisoners intent on escaping.

The Devil’s Island penal colony earned a reputation for brutality and harsh living conditions for prisoners. Only 5,000 or so of the estimated 80,000 prisoners sent there during the 100 years it operated, survived the rampant tropical diseases and violence from guards and other prisoners, to return home to France.

A handful of prisoners attempted escape, but either died in the attempt or were captured and returned to a prison after. Almost all of the accounts of successful escape from Devil’s Island, including that of Henri Charrière contained in his best-seller Papillon (1969), have since been discounted as fiction.

Inmates were distributed among the three Salvation Islands as follows: 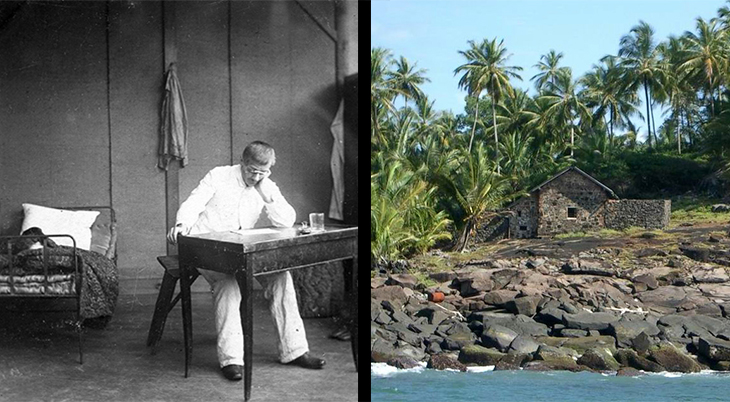 Papillon (1973) may be the most famous of the many movies made about Devil’s Island, but the film that was perhaps the most timely was the thriller-drama Devil’s Island (1939). Boris Karloff stars as a respected brain surgeon sentenced to Devil’s Island, who rebels against inhuman conditions there and is punished for it by the prison commander (actor James Stephenson); actress Nedda Harrigan plays the commander’s daughter.

The French government had announced in 1938 that the Devil’s Island prison colony would be closed, and stopped sending prisoners there the previous year. The lead-up to WWII in the latter half of 1938 delayed the start of that process and it seemed they had changed their mind.

When Warner Bros. Devil’s Island film was released in January 1939, the French government threatened to ban all Warner films if it wasn’t pulled back. 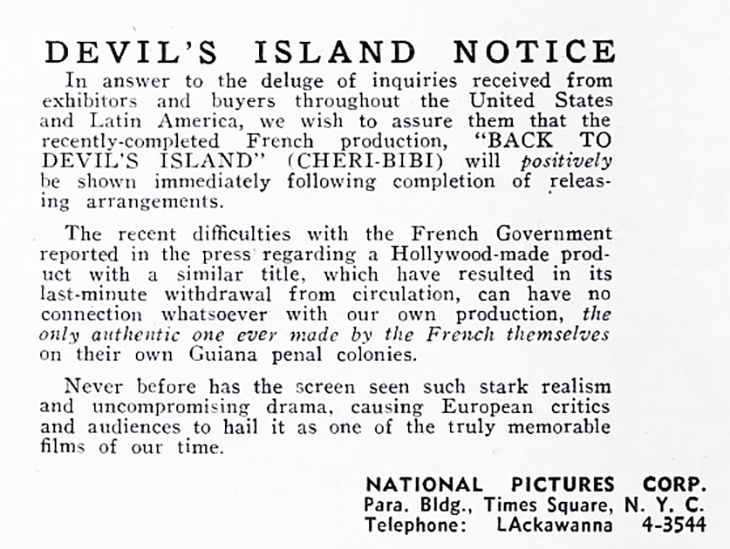 After WWII ended, beginning in 1946 through 1952, the prisons on Devil’s Islands were all permanently closed.

Songwriter Chilton Price #1 Hit Song – You Belong to Me

Singer Jo Stafford made it to #1 on the music charts on August 1, 1952 with her version of the ballad You Belong to Me, credited as written by Chilton Price, Pee Wee King, and Redd Stewart.

It was actually musician and music industry newcomer Chilton Price (b. Dec. 15, 1913) who wrote You Belong to Me.

“See the pyramids along the Nile

Watch the sunrise on a tropic isle

Just remember darlin’ all the while

You belong to me“

Newly arrived as a music librarian at a Louisville radio station, she’d shown some of her songs to country singers Pee Wee King and Redd Stewart, who convinced her to get them published. In return she gave them both a songwriting credit on two tunes that became hits – Slow Poke (recorded by Redd Stewart), and You Belong to Me. A few years later, Doris Day sang the Chilton Price song Never Look Back in the film Love Me or Leave Me (1955). Chilton Price died in 2010 at the age of 96.

A version of You Belong to Me sung by Joni James was released in the spring of 1952, and James’ version was re-released on August 5th, 1952.

Other artists that have recorded You Belong to Me include Gene Vincent, Dean Martin, Patti Page, Bing Crosby, Patsy Cline, and The Duprees.