Bert Lytell, Viola Dana, May Allison, Alice Lake, Ina Claire & Buster Keaton in caricature. These silent film actors and actresses were among the biggest movie stars of 1920, and send their wishes for the holiday season over a hundred years later! 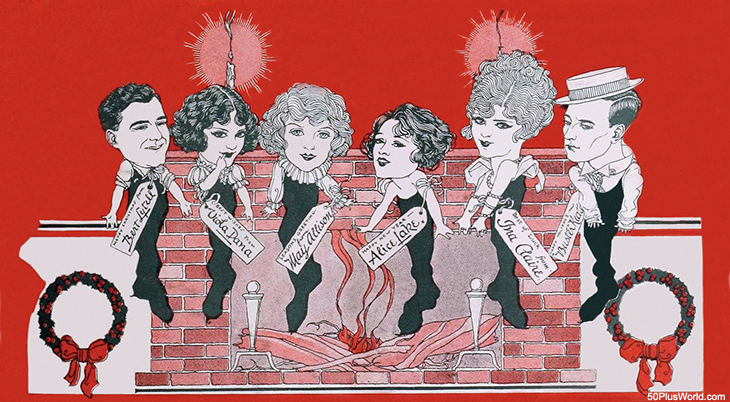 William S. Hart, one of the first and greatest of the cowboy stars of western movies in the era of silent films, shares his Happy Holidays greeting. 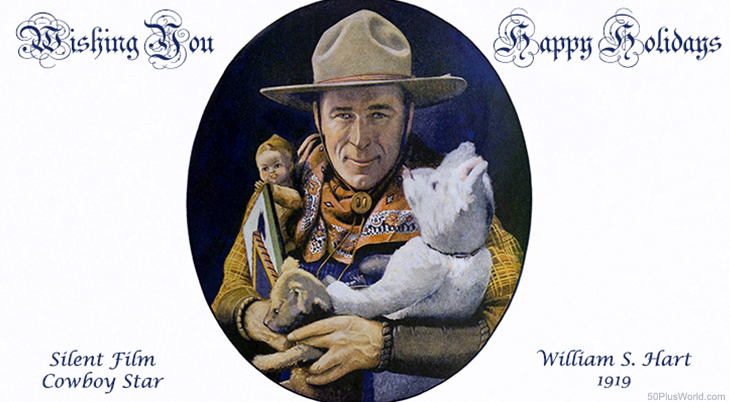 An actress dreamed of a Merry Christmas with Santa Claus, his sleigh and reindeer as the 1921 holiday season approached. 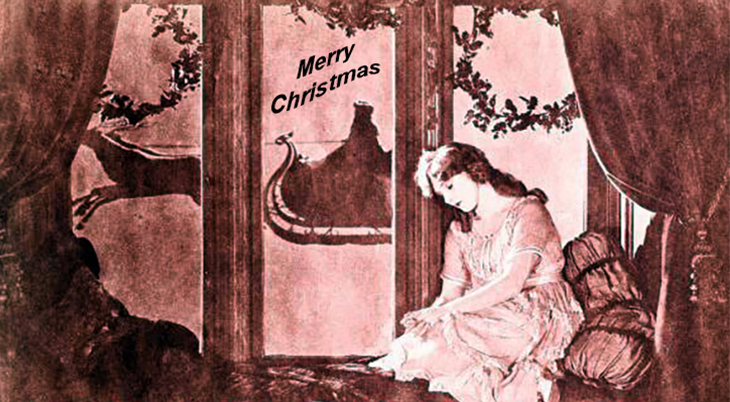 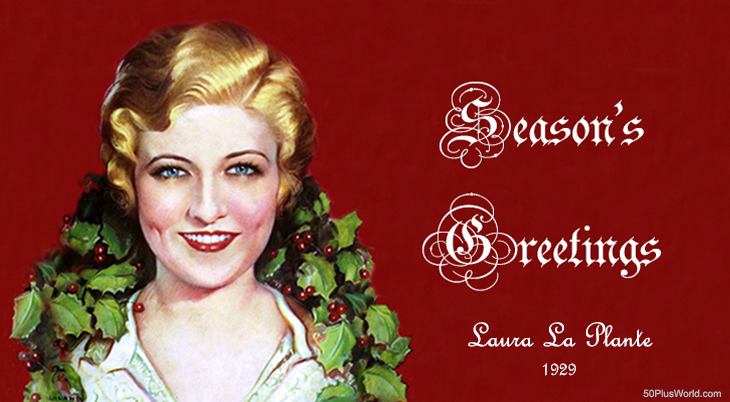 Child actress Shirley Temple was a petite box office queen in the 1930s-1940s. She sends her wishes for a Merry Christmas and Happy New Year all the way from 1938. 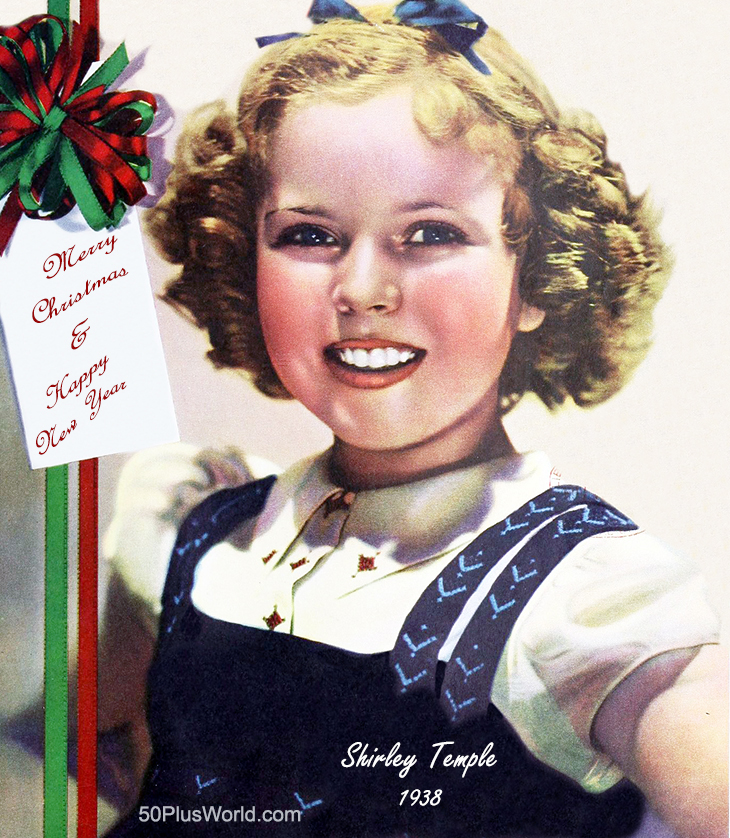 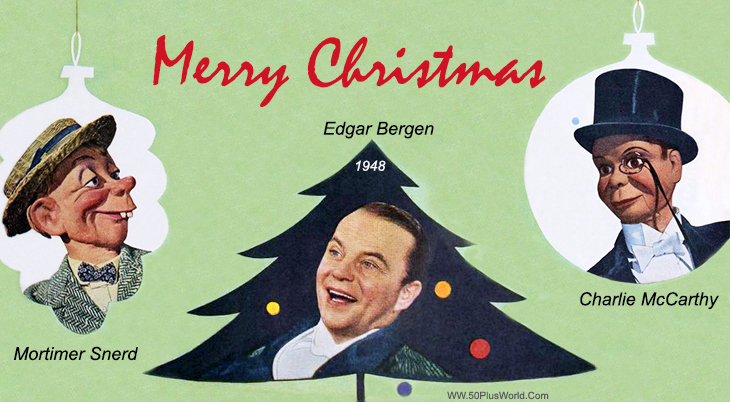 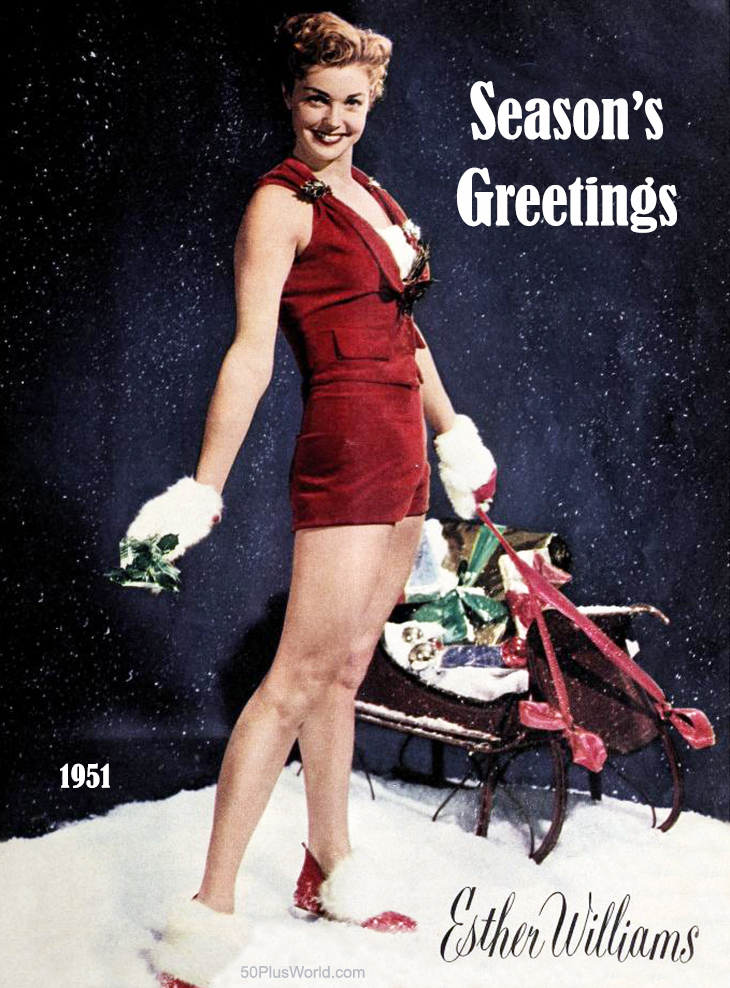 Ever the popular vintage classic movie pin-up girl, Esther Williams in an earlier pose from 1949. 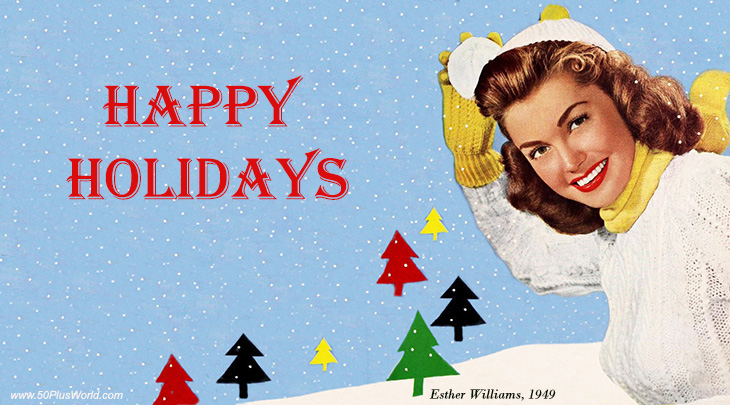 These seasonal holiday greeting card photos are suitable for sharing on social media (no link to 50PlusWorld.com is required, but it is appreciated).