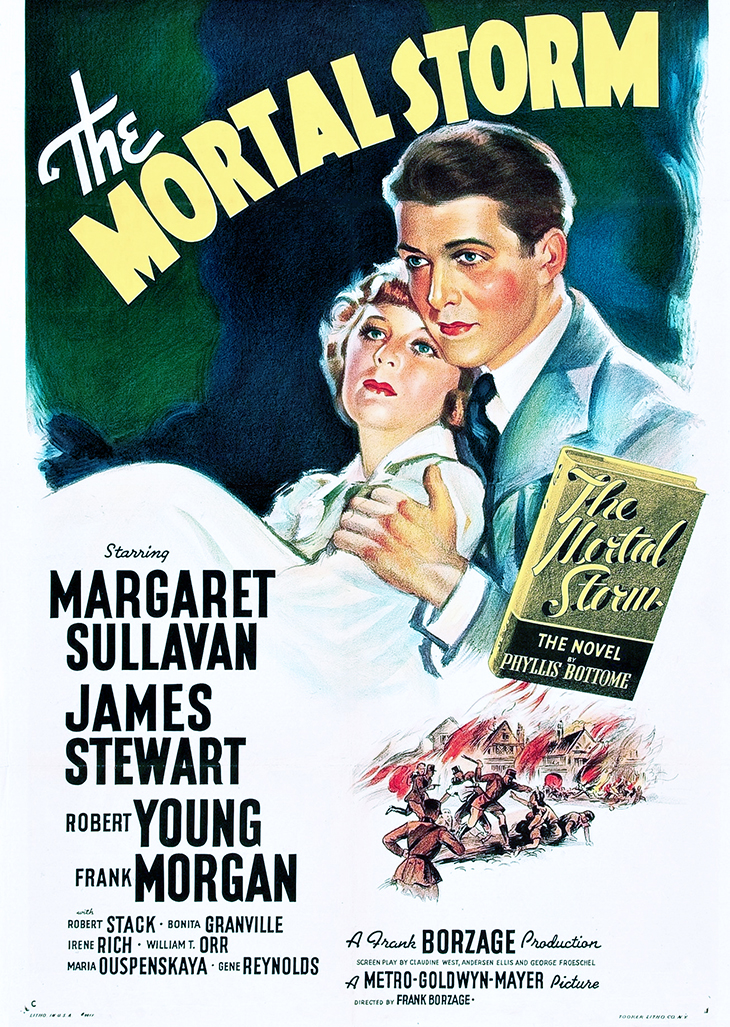 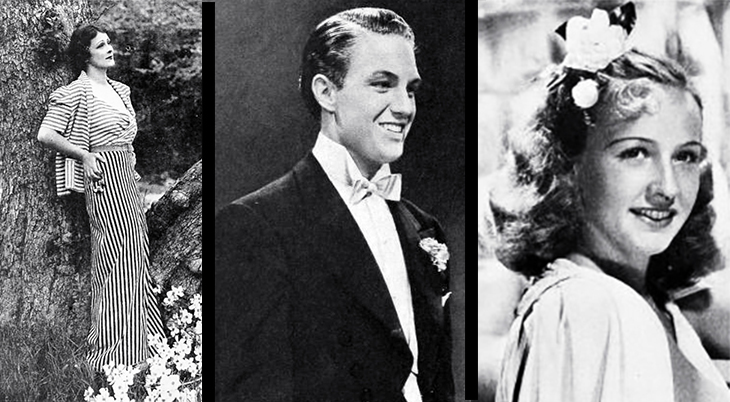 The Mortal Storm is set in pre WWII Germany and begins in early January 1933, as Germany announces the election of Adolf Hitler as Chancellor. Respected 60-year-old university Professor Viktor Roth (Frank Morgan) is beloved by his students. 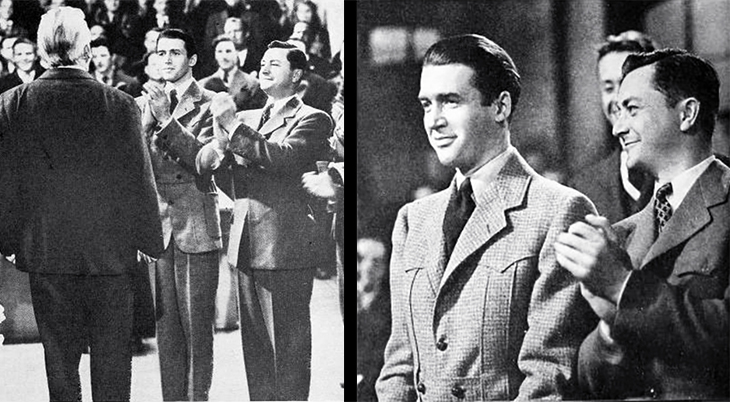 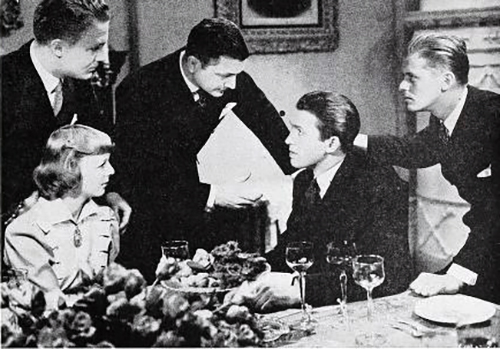 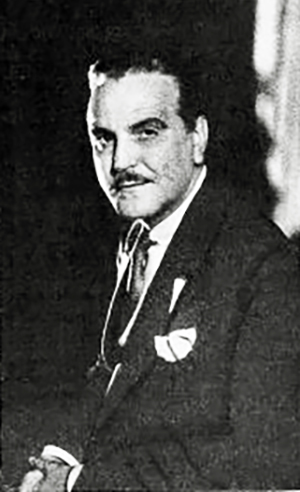 Not said but implied are that Viktor, who is described as Non-Aryan, is Jewish, while Freya, Amelie, Otto and Rudi, are not.

Freya‘s fiancee Fritz Marberg (Robert Young) is a member of the Nazi Party, and she breaks their engagement when she sees him as a brutal and remorseless Storm Trooper.

Meanwhile, Professor Roth‘s refusal to deny scientific facts about human blood, leads to him being sentenced to labor in a concentration camp.

Freya has become close to friend Martin Breitner (James Stewart), who arranges for her mother to visit the camp to see Professor Roth.

Viktor Roth urges his wife to flee Germany with their family, but they don’t want to leave without him. His two step-sons join the Nazis. 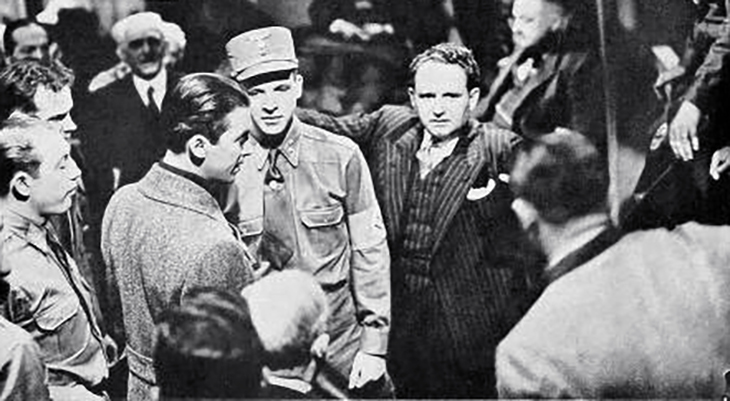 When they hear that Viktor Roth has died in the camp, the remaining family members get on a train headed for Austria. Freya is taken off the train and when officers find one of her father’s manuscripts in her suitcase, she’s arrested. Although she’s eventually released, her passport is taken from her. Freya goes back home and reconnects with Martin; together they plan a dangerous escape skiing over the mountains into Austria… 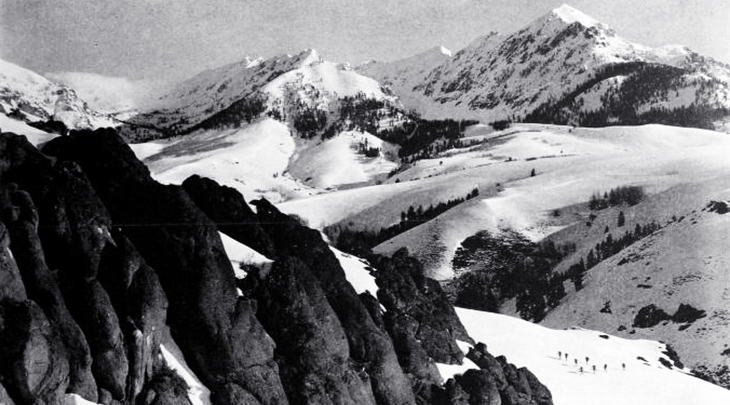 Filmed at the MGM Studios in California, location shooting for The Mortal Storm took place in Salt Lake City, Utah, and Sun Valley, Idaho. Cedric Gibbons provided art direction and MGM’s famed designer Adrian created the gowns. Although the movie was highly praised by North American critics at the time, Adolph Hitler wasn’t a fan of it’s strong anti-Nazi message; he banned The Mortal Storm and all other MGM movies from being shown in Germany. 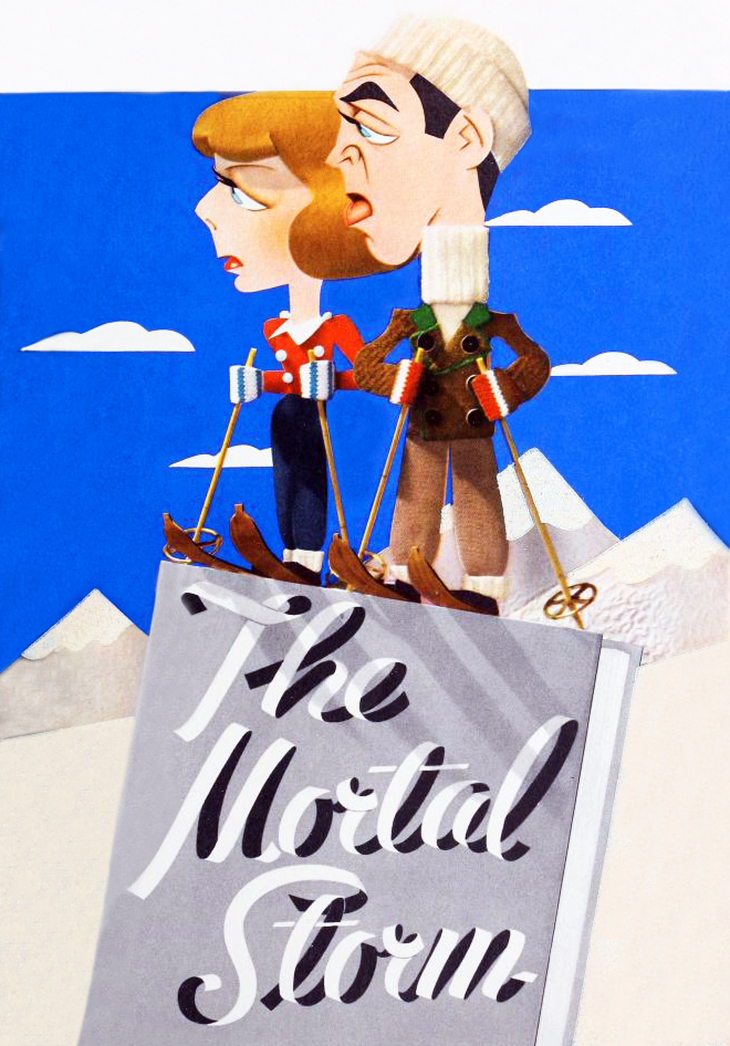 The Mortal Storm was the last movie to pair leading man James Stewart with Margaret Sullavan (after Next Time We Love, 1936; The Shopworn Angel, 1938; and The Shop Around the Corner, 1940). James Stewart wasn’t nominated for Best Actor for either The Shop Around the Corner or The Mortal Storm that year, but won anyway – for The Philadelphia Story.

The Miracle of Dunkirk

Germany had invaded the Netherlands, Luxembourg, Belgium, and France in May 1940 at the beginning of the Battle of France during World War Two. French and Allied solders were surrounded by German troops in Dunkirk, Northern France.

The Battle of Dunkirk and the evacuation of of the stranded troops under heavy shelling from German forces on land, sea, and air, began on May 26th.

On June 4, 1940, the ‘Miracle of Dunkirk’ (aka Operation Dynamo) evacuation of Allied soldiers from the beaches of Dunkirk, was completed. 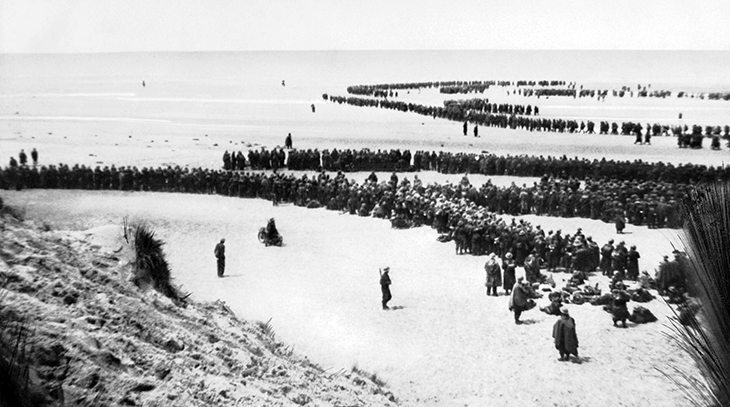 All told, over 300,000 allied forces were rescued by 800 different vessels, comprised of British, French, and Canadian destroyers, along with civilian merchant ships. Many of the soldiers were ferried from the shores of Dunkirk out to the larger boats by the Little Ships of Dunkirk. 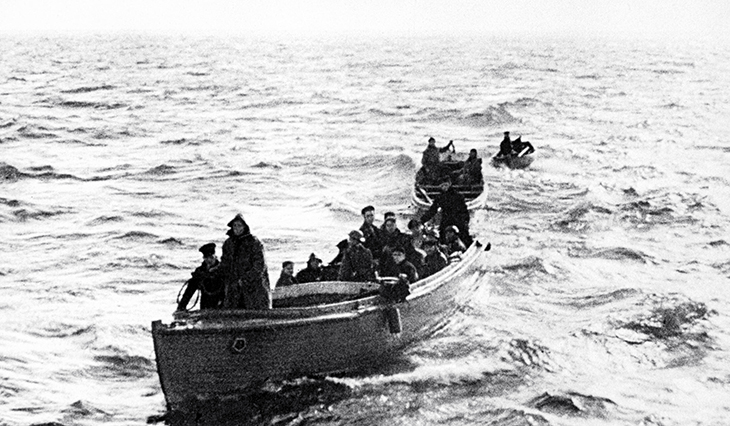 The Little Ships of Dunkirk were a flotilla of 850+ small civilian fishing boats, yachts, pleasure craft, and other boats that answered the call to action to aid in the evacuation.

Dunkirk (1958), a British / MGM film that has Bernard Lee as a journalist and boat owner, warning about German forces building up in Western Europe. John Mills plays a stranded British Army Corporal who is stranded at Dunkirk with four privates. Lee and Richard Attenborough’s character find their boats commandeered to assist with the Dunkirk evacuation.

Weekend at Dunkirk (1964), a French movie with Jean-Paul Belmondo and Catherine Spaak. Weekend at Dunkirk follows a French soldier trying to escape the advancing Germany army. He wants to join the British Royal Navy’s boat convoy to England.

Atonement (2007), starring James McAvoy, Saoirse Ronal, Keira Knightley, Vanessa Redgrave, and Benedict Cumberbatch. This historical movie begins in 1935 with Robbie Turner (James McAvoy)  being mistakenly accused of rape. He’s imprisoned, but released at the onset of the Second World War so that he can serve in the British army during the Battle of France. He’s among the soldiers stranded in Dunkirk and awaiting evacuation. Atonement received 7 Academy Award nominations, winning an Oscar for Best Original Score.

Their Finest (2016), a British comedy-drama about a team of British filmmakers (Gemma Arter, Sam Claflin, Paul Ritter, Henry Goodman, Michael Marcus, and Richard E. Grant)  tasked with boosting morale. Their efforts take place during the Battle of Britain, the London Blitz, the Battle of France and the evacuation of Dunkirk. Jeremy Irons plays the Secretary of War.

Dunkirk (2017), Christopher Nolan’s dramatization of the actions by land, sea, and air during the evacuation of Dunkirk. Among the large cast of Dunkirk are Kenneth Branagh, Cillian Murphy, Tom Hardy, and Harry Styles. Dunkirk was nominated for 8 Oscars, and won 3 Academy  Awards (Best Sound Editing, Sound Mixing, and Film Editing).

Paris was bombed by the German Luftwaffe for the first time on June 3, 1940. 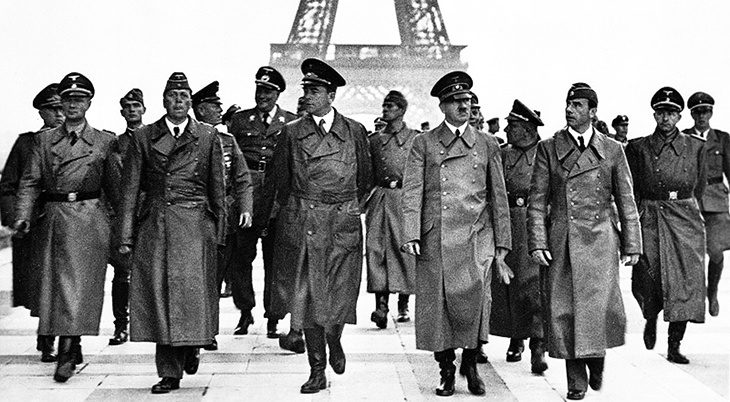 After heavy fighting losses on both sides over the next 11 days, Paris fell to the Germans on June 14, 1940. France was divided into four zones by the end of that month, the north and west zones designated as areas of German occupation.

Despite the best efforts of the French Resistance fighters and Allied forces, the Germans continued to occupy France for the next four years. Paris was finally liberated in August 1944, and most of the rest of France was back under Allied command by the end of the following month.

*Images are believed to be in the public domain or Creative Commons licensed & sourced via Wikimedia Commons, Vimeo, YouTube,