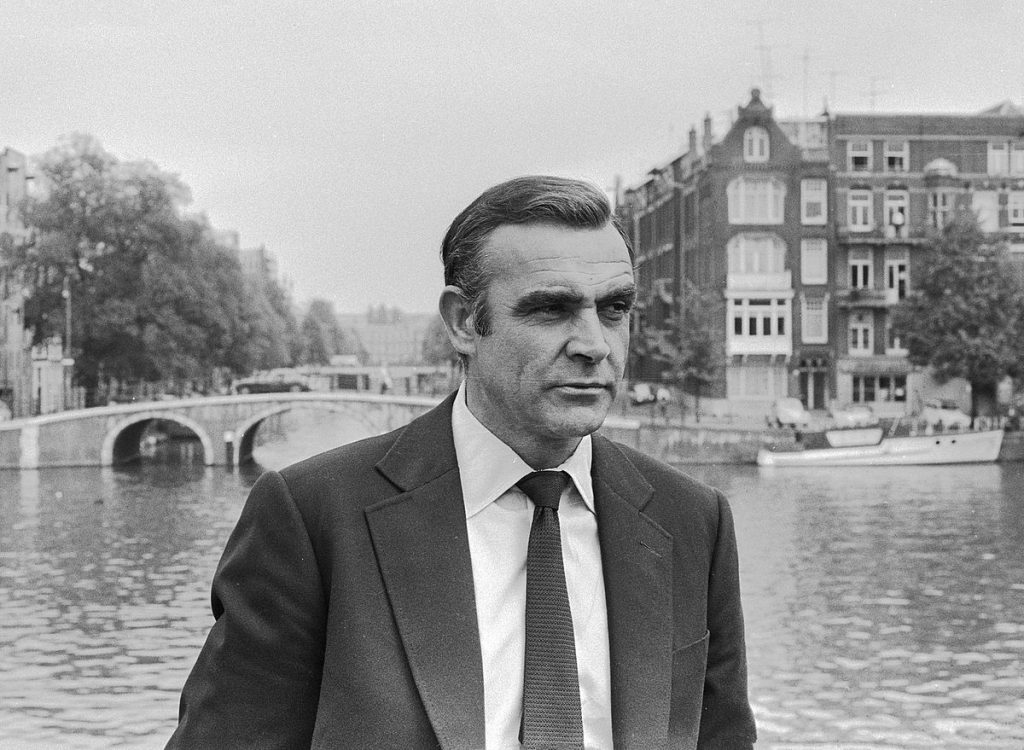 Leaving the James Bond franchise behind him, in the early 1970’s Sean Connery went on to star in movies like:

Throughout his up-and-down marriage to Diane Cilento, Connery’s name had been linked with several other women. During a 1970 golf trip to Casablanca, 6’2″ Connery met 5′ Moroccan-French painter Micheline Roquebrune, a married mother of three. After Connery and Diane Cilento divorced in 1973, Sean Connery and Roquebrune married. The couple primarily lived in Spain with her three children after their marriage. 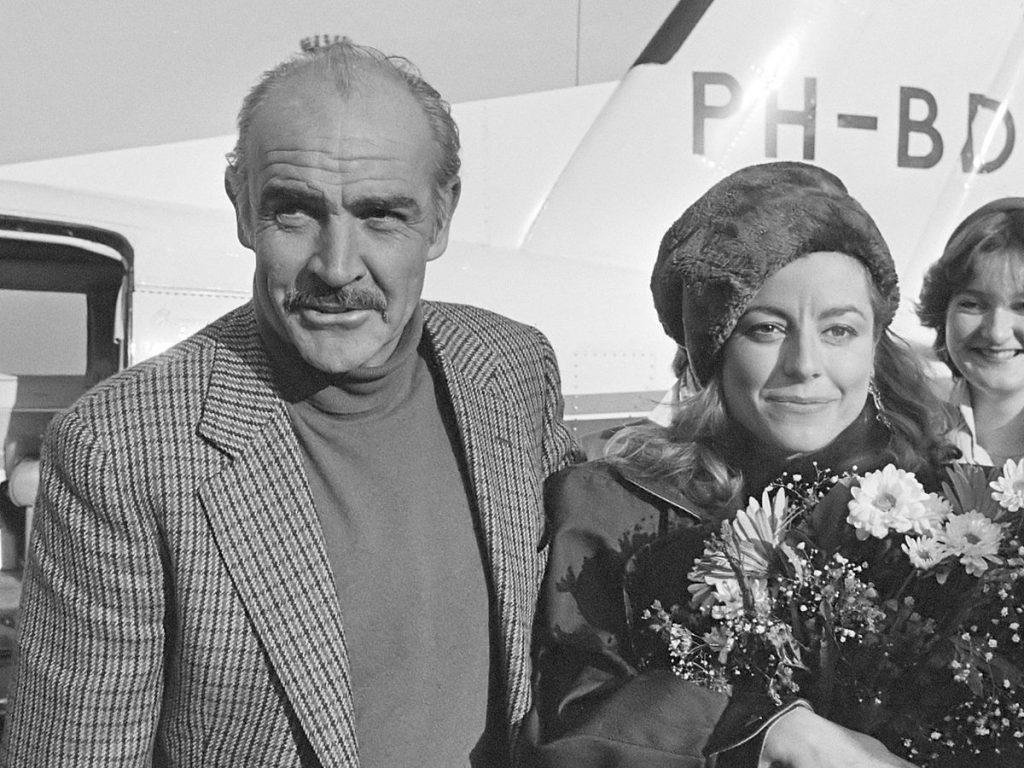 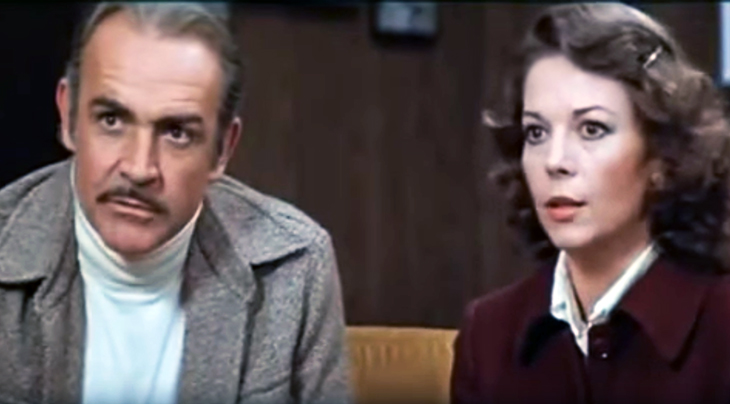 Sean Connery’s supporting role as an older mentor in Highlander (1986) to star Christopher Lambert, started to become a theme in his later films. Several of his subsequent movies and brought him both critical and popular acclaim: 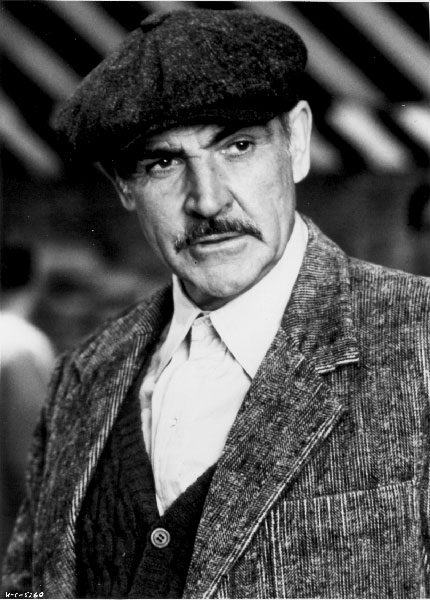 He was voted People Magazine’s Sexiest Man Alive in 1989 at age 59 – evidence that for some people, you get better as you get older. In 1995, the same year Sean Connery became a senior citizen, he was listed by Empire magazine as one of the 100 Sexiest Men in Film History; and turned down a very lucrative offer to appear in the fantasy The Lord of the Rings movie trilogy, saying he didn’t understand the script. 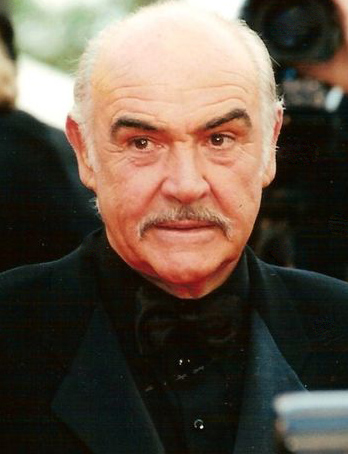 People Magazine named Sean Connery the Sexiest Man of the 20th Century in 1999. He was knighted in 2000 after two previous nominations were unsuccessful, likely due to his support of the Scottish National Party and the campaign for independence.

Sean Connery’s last big-screen movie role was in 2003’s The League of Extraordinary Gentlemen, a frustrating experience for him in which he argued with the director and subsequently quit acting. In 2005 he told The New Zealand Herald he was

“Fed up with the idiots…the ever-widening gap between people who know how to make movies and the people who greenlight the movies.”

Connery paid a penalty to get out of a contract to write his autobiography with a ghostwriter.

In 2006 after receiving the AFI’s Lifetime Achievement Award, Sean Connery confirmed he was retiring from acting. He subsequently turned down the opportunity to do a cameo reprising his role as Indy’s father in Indiana Jones and the Kingdom of the Crystal Skull, saying he was enjoying his retirement too much.

Despite his “retirement”, Sean Connery did later perform a voice over acting role in Sir Billi (2012), an animated movie which he also executive produced.

Connery and Micheline have lived in the tax-sheltered Bahamas since 1998; they also have a villa in Greece and share a helicopter platform there with their neighbour, King Willem-Alexander of the Netherlands. They are grandparents to his actor/director son Jason Connery’s son Dashiell, born in 1997. 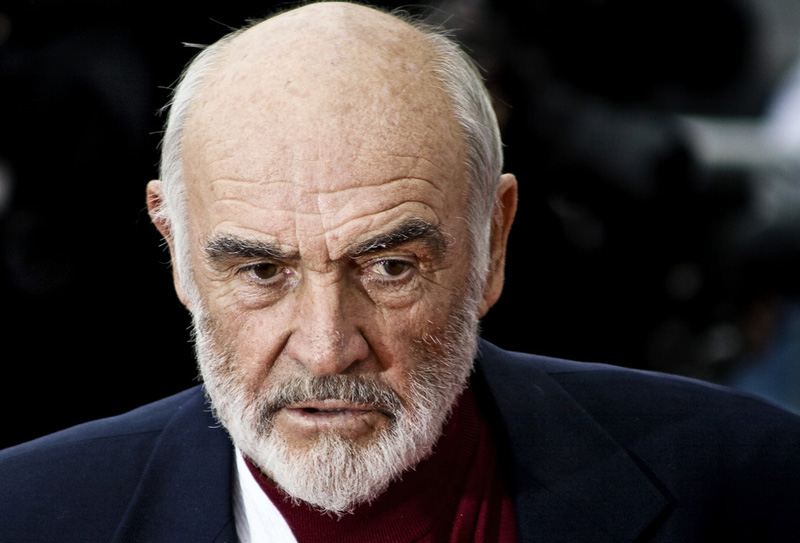 Previously: Sean Connery From Dr. No to Marnie