As a three year old racehorse, American thoroughbred race horse Citation had won 19 of 20 races in 1948, including the Triple Crown, and was named 1948 Horse of the Year. An injury to his fetlock joint had prevented Citation from racing at all in 1949. He returned to horse racing at the age of five in 1950.

Calumet Farm owners Warren Wright Sr. (d. 1950) & his wife Lucille Parker Wright (d. 1982) wanted Citation to be the first horse to win $1 million in 1950. This achievement was delayed by a year because of competition from another horse called Noor.

The Irish-bred English racehorse Noor, who had been sold to American race horse owner Charles S. Howard (Ridgewood Ranch) in 1949, had begun tearing up the U.S. racetracks in 1950. Noor and Citation often set world records when they raced against each other in 1950, but Citation carried more weight than Noor in their first 3 races. Noor won four close races against Citation in 1950 and was retired from racing at the end of that year.

On July 10, 1951 the first armistice talks to end the Korean War began in Kaesong, North Korea, less than a month after UN armed forces had reached Pyongyang (North Korea). 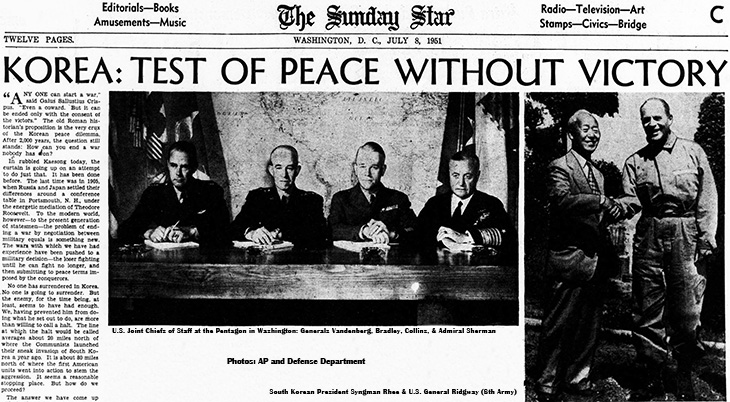 A series of Chinese forces had captured Seoul, the capital of South Korea, in January 1951. This was swiftly followed by the Ganghwa massacre of Korean People’s Army collaborators in South Korea, by combined South Korean military and police forces.

By the end of July, a 5-Point Korean truce agenda had been drafted with the assistance of U.S. General Matthew B. Ridgeway in Korea. This included agreement to discuss a buffer zone, prisoner exchange, cease-fire plans and recommendations to the governments of both countries. Meanwhile, during the peace talks, fighting continued in Korea. 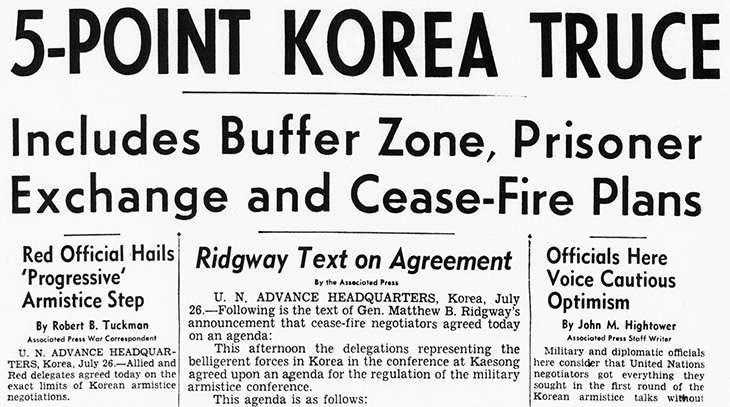 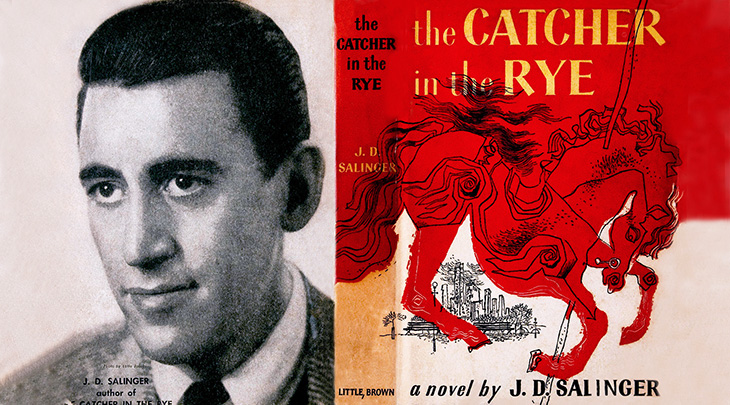 Salinger was 32 years old when his novel catapulted him into the limelight. He subsequently published only short stories and novellas over the next 14 years. His last published work, the novella Hapworth 16, 1924 was published in The New Yorker magazine in 1965.

Although he remained largely out of the public eye, in his private life J.D. Salinger (nee Jerome David Salinger when he was born on January 1, 1919) was married three times. His first marriage to Sylvia Welter lasted 2 years, from 1945 until their divorce in 1947.

His second marriage to university student Claire Douglas in February 1955 lasted until their divorce in October 1967. Salinger insisted Claire drop out of Radcliffe University before she graduated, and she followed his spiritual beliefs, which bounced from Kriya yoga to Dianetics, to Christian Science, etc. The couple had two children, daughter Margaret (b. December 1955) and son Matthew (b. February 1960). 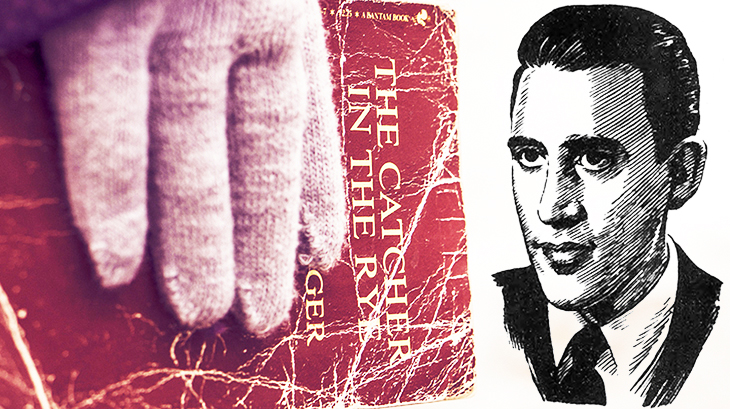 (The Catcher in the Rye: Gratisography | J.D. Salinger Illustration: The Evening Star)

The Catcher in the Rye is considered a modern classic novel. More than 70 years after it was first published, it is still required reading in many elementary, high school, and university classes.