Celebrating the life and songs of Paul Simon: Hey, Schoolgirl, The Sound of Silence, Homeward Bound, I Am a Rock, A Hazy Shade of Winter, Mrs. Robinson, The Boxer, and Cecilia. 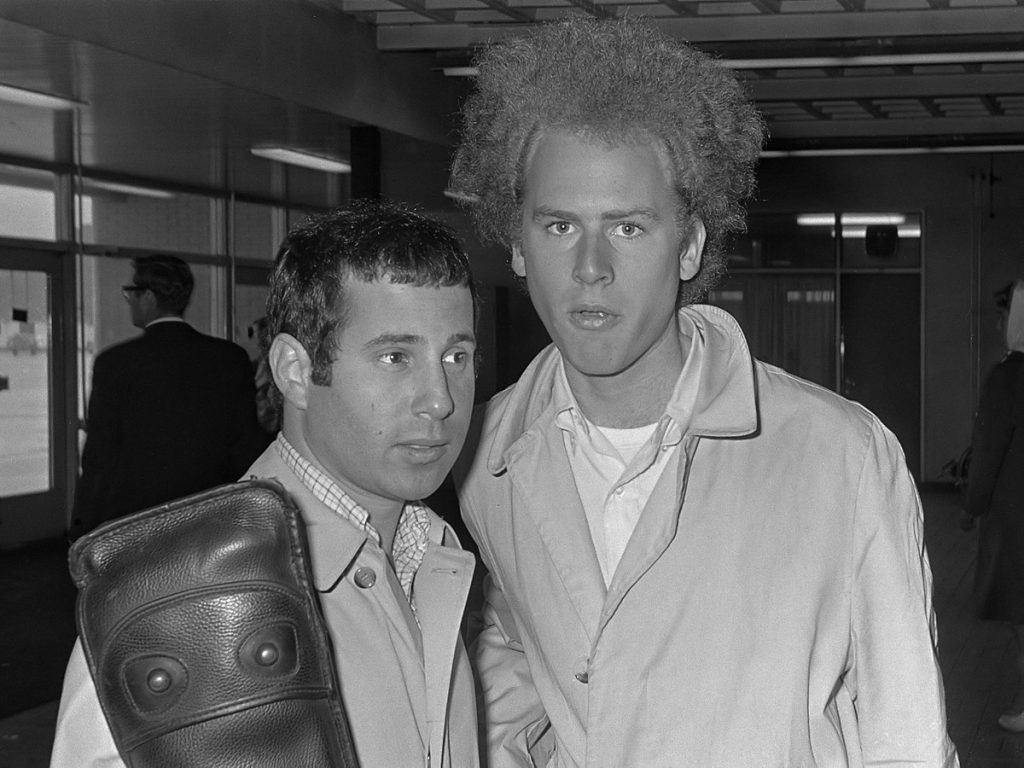 A friendship developed and grew between Paul and Art as they attended Forest Hills High School together, playing at some school dances under the stage name Tom & Jerry. Paul Simon wrote his first song (with help from his father), called The Girl For Me.

Like all baby boomers, Paul Simon was inspired by Elvis Presley, and both Simon & Garfunkel liked and emulated the vocal harmonies of The Everly Brothers.

In 1957, the sixteen-year-old duo calling themselves Tom & Jerry had a #49 hit single Hey, Schoolgirl, which they performed on American Bandstand. Below, audio of Tom & Jerry (Simon & Garfunkel) singing Hey, Schoolgirl circa 1957.

After graduating from Queen’s College in 1963, Paul Simon met up again with Art Garfunkel. They began performing as a folk duo, and Simon enrolled at Brooklyn Law School.

A performance by Paul Simon and Art Garfunkel under the name Kane & Garr of a song Simon had written called The Sounds of Silence, got them a recording contract in 1964. Paul Simon has said he wrote the song in his bathroom when he was 21; he liked to play his guitar in the dark and listen to the echo, which inspired the lyrics “Hello darkness, my old friend”. The Sounds of Silence was included on their first album – Wednesday Morning, 3 A.M. (1964), which flopped. Simon and Garfunkel broke up and Paul Simon quit law school and went to Europe.

While in Europe, in early 1964 22-year-old Paul Simon met and fell in love with 17-year-old Kathy Chitty in England. Several of the songs Paul Simon wrote during this time either mention her name – America, Kathy’s Song – or reference her, such as Homeward Bound and The Late Great Johnny Ace.

Paul Simon’s debut solo album The Paul Simon Songbook (1965) was released in the U.K. only, in the summer of 1965. The album cover photo was of Kathy Chitty and Paul Simon.

The Sound of Silence has been featured on television and feature films, most notably The Graduate (1967), Old School (2003), and Bobby (2006). BMI has said it is one of the 20 most-performed songs of the 20th century, and many artists have covered The Sound of Silence, including a 2015 version by the metal band Disturbed.

Although the professional success was heady, Simon’s budding romance with Kathy Chitty had ended soon after her returned to the U.S.; she was extremely shy and didn’t want to be caught up in his limelight.

Based on the success of The Sound of Silence #1 single, Paul Simon and Art Garfunkel reunited and began recording more singles and albums. They met agent Mort Lewis, who introduced them to his younger wife Peggy (nee Harper). Mort Lewis became Simon & Garfunkel’s manager, and remained so until 1970.

Simon & Garfunkel sing I Am A Rock in this vintage live music video from 1966.

Scarborough Fair/Canticle (1968) incorporated revised lyrics from Simon’s earlier song The Side of a Hill and the old English folk ballad Scarborough Fair, and was a #11 hit for them.

Homeward Bound (1966) had been written by Paul Simon while he was touring in England and missing Kathy Chitty in 1964, and made it to #5 after it was released as a Simon & Garfunkel single. Among the numerous artists that have covered Homeward Bound are Cher, Glen Campbell, Petula Clark, and Cliff Richard. 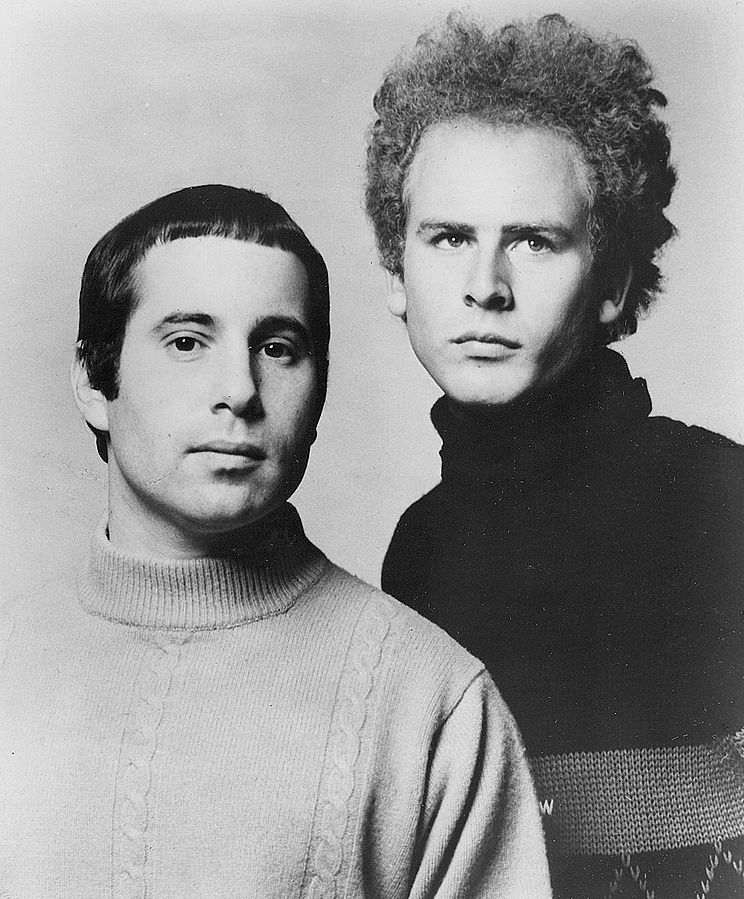 Mrs. Robinson (1968) written by Paul Simon for the movie The Graduate (1967) starring Dustin Hoffman, Katharine Ross, and Anne Bancroft, was also included on the bookends album.

Mike Nichols, the director of The Graduate, declared the woman in the song would be Mrs. Robinson (Simon had originally written it as Mrs. Roosevelt).

After Joe DiMaggio’s death in March 1999, Simon performed Mrs. Robinson at a tribute for Joe DiMaggio at Yankee Stadium and said:

“In these days of Presidential transgressions and apologies and prime-time interviews about private sexual matters, we grieve for Joe DiMaggio and mourn the loss of his grace and dignity, his fierce sense of privacy, his fidelity to the memory of his wife and the power of his silence.“

Joe DiMaggio had been married to Marilyn Monroe and even after their divorce, was supportive of her. DiMaggio never remarried, and although he never spoke to the press about their relationship, he had red roses delivered 3x weekly to Marilyn Monroe’s grave for 30 years after her death. Below, classic scenes and song Mrs. Robinson, from the movie The Graduate.

Mrs. Robinson became a #1 hit single for Simon & Garfunkel after it’s April 1968 release, and won two 1969 Grammy Awards; Record of the Year,  and Best Contemporary-Pop Performance – Vocal Duo or Group. Like many other songs written by Paul Simon, numerous artists have covered Mrs. Robinson, including Frank Sinatra, The Lemonheads, and Jon Bon Jovi.

In the fall of 1969 Paul Simon married Peggy (Peg) Lewis Harper, who had recently gotten divorced from his manager Mort Lewis. Mort Lewis remained on good personal and professional terms with both Peggy and Paul Simon, and attended their wedding.

The #7 hit single The Boxer (1969) was written by Paul Simon and released in March 1969. Since then, Neil Diamond, Emmylou Harris, Mumford & Sons, Bob Dylan, Joan Baez, and numerous other artists have recorded or performed The Boxer. New Yorker Paul Simon sang The Boxer when he opened the first Saturday Night Live show after the September 11, 2001 attacks on New York City. Below, a live performance of The Boxer sung by Paul Simon.

Written by Paul Simon, the title track Bridge over Troubled Water (1970) was the last #1 hit for Simon & Garfunkel; it stayed at #1 for six weeks after it’s January 1970 release. Bridge over Troubled Water was influenced by Paul Simon’s interest in gospel music and the last verse “Sail on, silvergirl” references Simon’s wife Peggy (Peg) Simon, who had found some early grey hairs.

Released in April 1970, Cecilia contained lyrics written by Paul Simon, his brother Eddie Simon, and Art Garfunkel. Cecilia stayed on the Billboard Hot 100 charts for 13 weeks and peaked at #4. 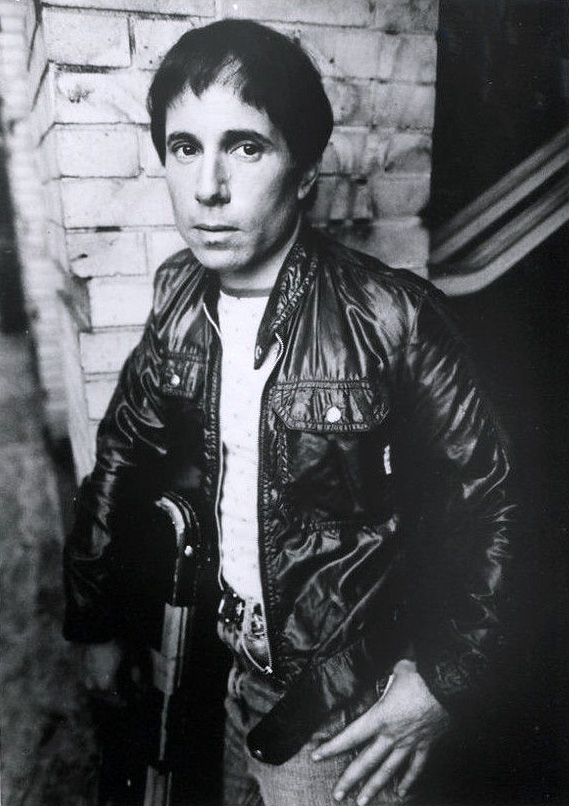 By the end of 1970, Simon & Garfunkel had split up and each became solo artists.

Although they have occasionally reunited to perform and even recorded new material together, Paul Simon and Art Garfunkel have never quite recaptured the magic of their 1966-1970 Simon & Garfunkel heyday.

Simon & Garfunkel were inducted into the Rock & Roll Hall of Fame in 1990.

Paul Simon embarked on his solo career and began racking up more hits during the 1970’s and beyond.