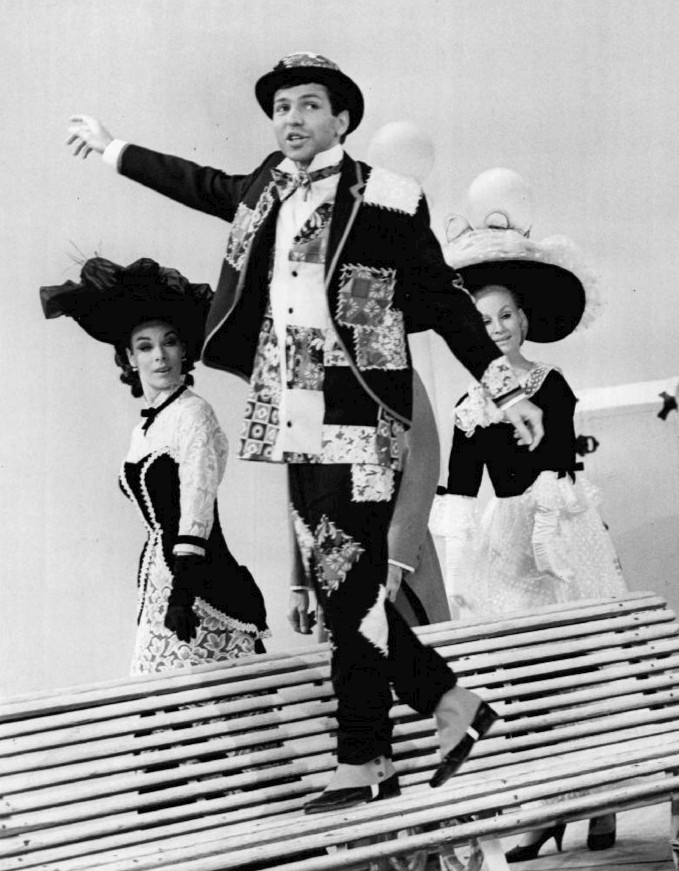 A crooner like his father Frank Sinatra, Frank Sinatra Jr. is perhaps best remembered by senior citizens and baby boomers for having been kidnapped in 1963 at the age of 19.

His famous father Frank Sinatra Sr. negotiated with the kidnappers via pay phones and had to keep putting dimes in; after paying the ransom demand of $240,000, Frank Jr. was released.

Below, singing siblings Frank Sinatra Jr. and Nancy Sinatra Jr., and brothers Tom and Dick Smothers, all chime in on the song Somethin’ Stupid.

Among the 21 film credits Frank Sinatra Jr. acquired, were:

Below, Frank Sinatra Jr sings on the Muscular Dystrophy telethon in 1975, with an introduction by host Jerry Lewis.

Frank Sinatra Jr.’s sisters Nancy Sinatra and Tina Sinatra also followed in their father Frank’s footsteps into the music business. None of them managed to fill his shoes, although Nancy’s career seems to have thrived the most. Frank Jr. married once, for less than two years, to Cynthia McMurry from October 1998 – January 2000.

In addition to his sisters Nancy Sinatra and Tina Sinatra, Frank Sinatra Jr. is survived by his acknowledged son, Michael Sinatra (b. March 1987). Sinatra had previously contested 3 paternity suit alleging he fathered children; a son born in 1970; a boy named Frank Sinatra III born in 1978 (he had an 8-month affair with the mother Mary Fleming); and a girl born in 1980.