2 Gordon Lightfoot videos – If You Could Read My Mind & The Wreck of the Edmund Fitzgerald – by Canadian folk singer-songwriter and septuagenarian senior citizen Gordon Lightfoot, who turns 77 today. He was born Gordon Meredith Lightfoot Jr. on November 17, 1938.

Below, a young Gordon Lightfoot on the far right at a record industry lunch in 1965. 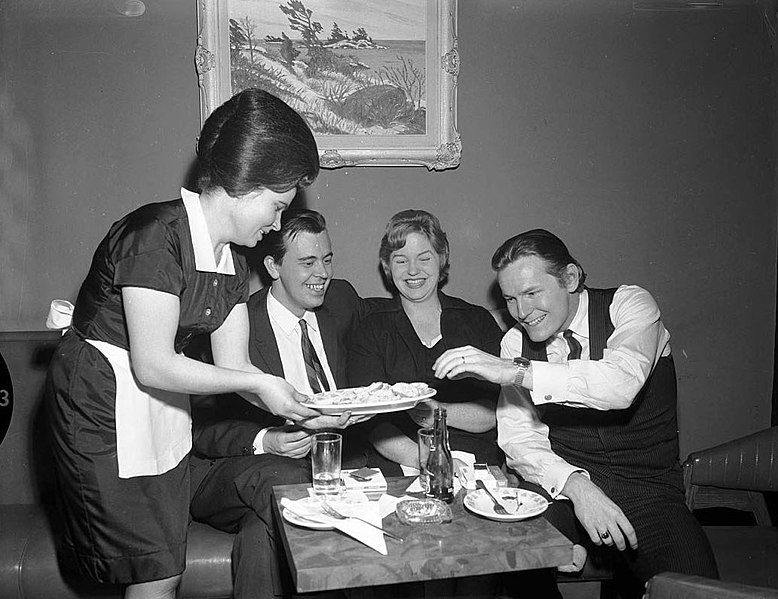 Born November 17, 1938 in Orillia Ontario, Gordon Lightfoot is a legend on the Canadian music scene, loved by seniors, baby boomers, and younger generations. Below, a vintage Gordon Lightfoot performance from 1972 – If You Could Read My Mind (1970) 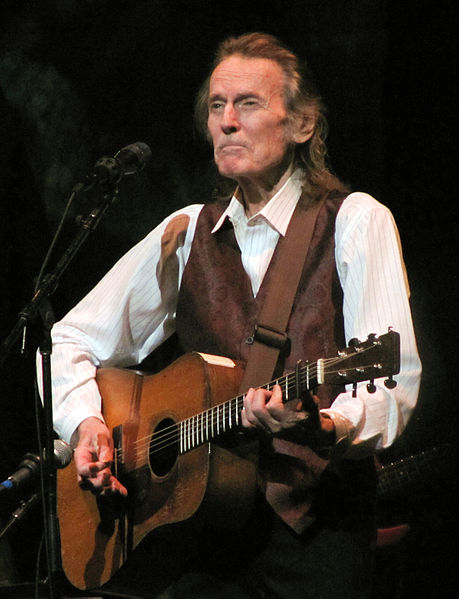 After recovering from an abdominal aortic aneurysm and the resulting surgery in 2002 (and a minor stroke in 2006), today Gordon Lightfoot still looks frail but continues to tour and perform.

He married for the third time in 2014, to Kim Hasse; two earlier marriages ended in divorce.