It’s always fun to poke fun at what was in style 100+ years ago…until you realize 100 years from now, it’s YOUR preferences that may be fodder for the humor mill. Here’s a quick look at some of the people, fashions, and popular foods of the day – complete with vintage recipes – from the early 1900s through 1921.

Consider also that cooking methods, utensils, appliances, and recipes have come a loooong way in the past few hundred years. Stewing or boiling meat, fish, and poultry, was a preferred method for home cooks, who were limited to a great extent by the tools they had to work with. 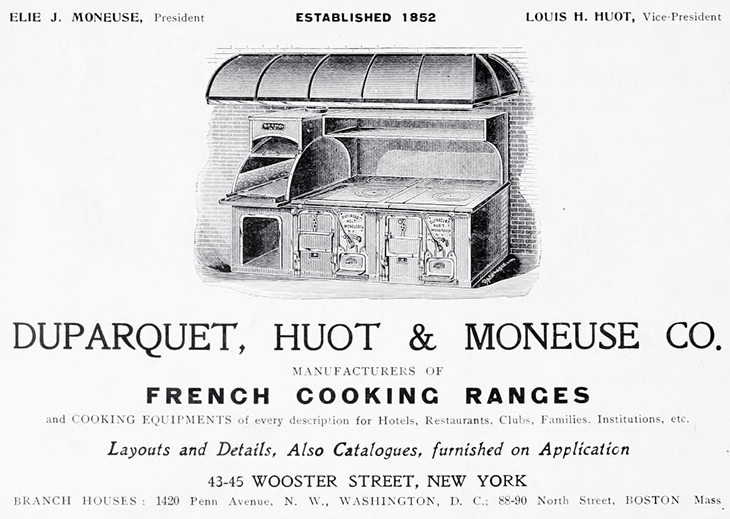 The culinary masterpieces in this article might have been cooked on a stove that looked something like this antique kitchen range.

Warning – the recipes below are NOT for the faint of heart; they may make you laugh, or cry! Keep in mind that back in the day (not THAT long ago for some of us), making gravy out of turkey giblets was the norm instead of unheard of. My own adult children seem to think that gravy is something goes directly from a can into a pot to heat; and they won’t touch the meat loaf my husband and I love.

Fashion is fickle, we all know this. Silent film actress Priscilla Dean’s rooster feather hat below, was considered the height of fashion back in 1921. 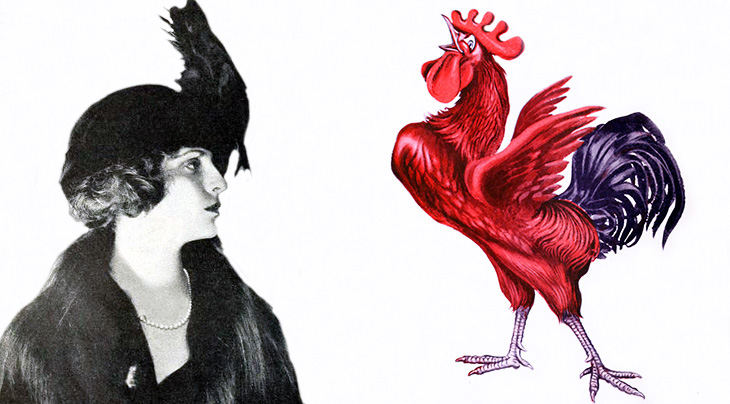 by Balard, as in The Chef Magazine, February 1910

The Chef Magazine‘s editoral page touted it as containing “recipes from the most distinguished Chefs in America, with menus for all occasions, also the latest menus from Paris.” 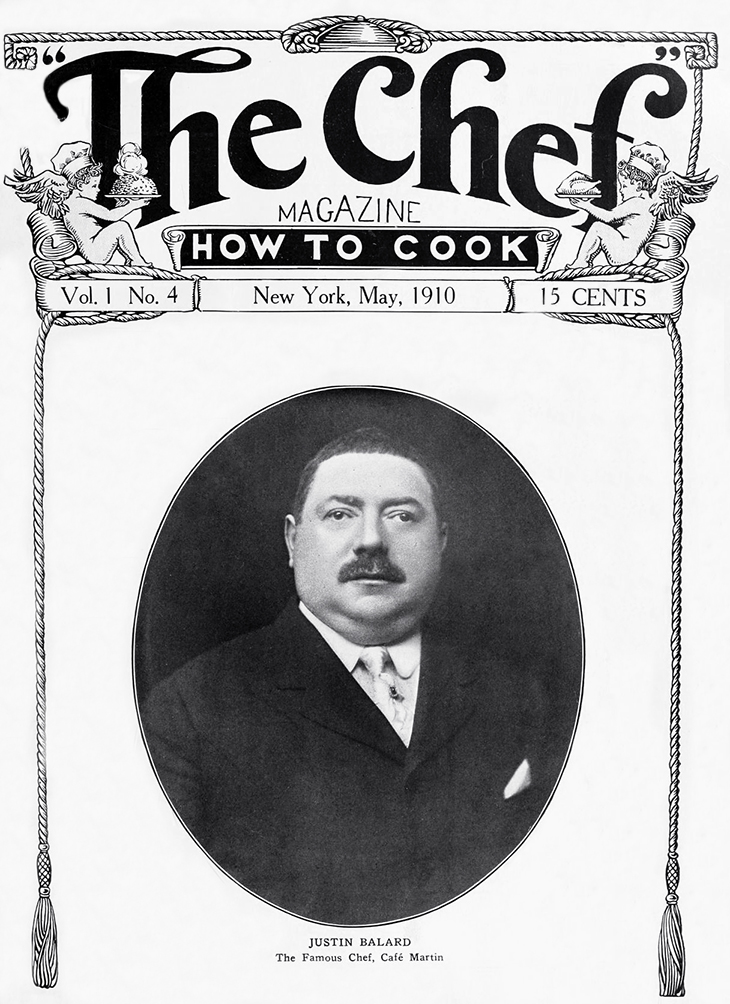 Balard’s biography in the May 1910 edition of The Chef Magazine included these salient points:

“Recognized by his colleagues in the profession as being one of the foremost chefs in America. Born in France, where he finished his apprenticeship, he was employed prior to coming to this country at the Chateau Madrid, the Grand Hotel, at Bignons, and Bregants in Paris.

He came to New York in November, 1887, and was here but a short time when that Prince of “Restaurateurs”, Jean B. Martin, with his usual sagacity, again seized the opportunity to please his public by engaging Balard as his chef.”

Balard was chef of Cafe Martin beginning in April 1888 when it existed at University Place. The restaurant moved to Fifth Avenue and Twenty-sixth Street, where it stood in 1910 when Balard’s creative Tartelettes of Rooster Kidneys recipes was printed in The Chef Magazine.

Squirrels were a fashion fur back in 1921. Below left, silent film star Carmel Myers’ seal skin fur coat is accented with a wide gray squirrel collar and cuffs, while model-actress Miss Dupont’s full length fur coat is made of gray squirrel. 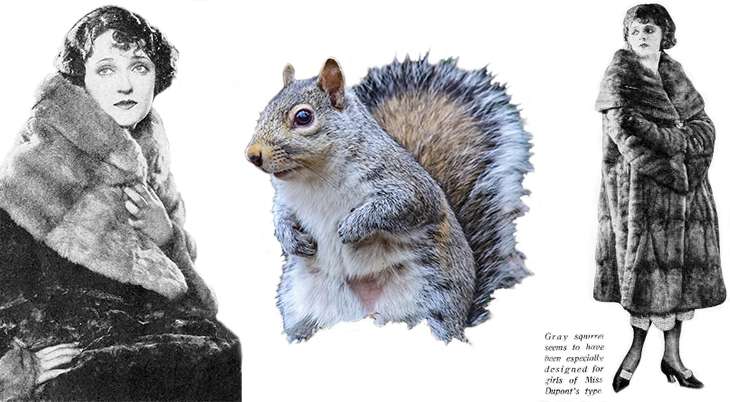 N.B. – If you cannot get the squirrels, use hare or chicken in place

Note: From perusing the old recipe books, it seems that during the 19th and early 20th centuries, squirrel, hare, rabbits, and frogs legs, were common menu items. I came across more many recipes for squirrel soup (or pie or stew), and hare was often recommended as a substitution for chicken, beef, or other meats. Venison and wild game birds (pigeons, duck, grouse, partridge, etc.) were  served in many households.

The White House Cook Book by Ziemann and Gillette was first published in 1887, then re-published many more times in subsequent years. 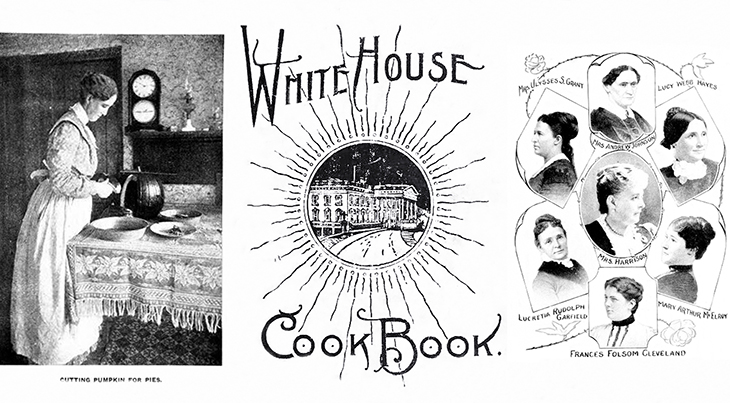 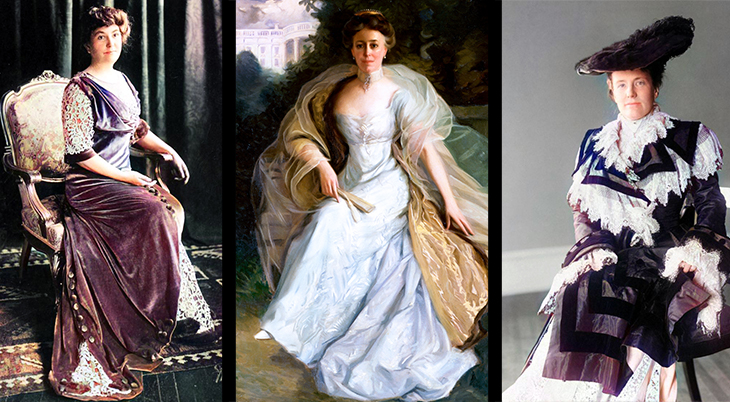 The Philadelphia Pepper Pot Soup recipe below was taken from the 1912 edition, which has pictures of U.S. First Ladies and different rooms of the White House scattered throughout the book. Implied although not spelled out, was that the First Ladies of the time had an active hand in determining the foods prepared for their discerning husbands, family, and guests.

It must never be boiled after adding the wine. Cooks do not use the intestines nowadays; they are not considered fit to eat. Lemon juice can be used instead of wine. 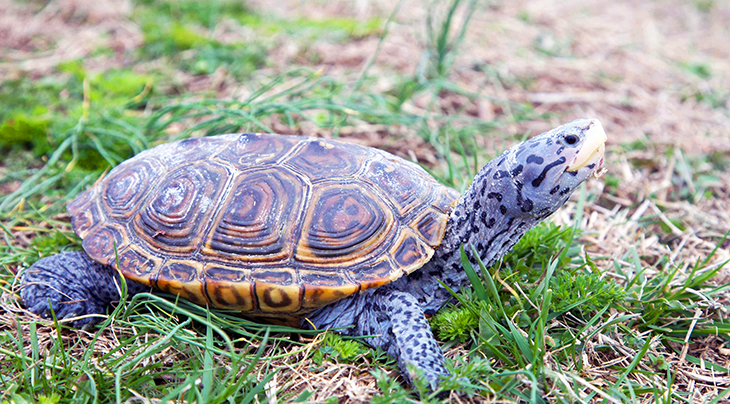 Note: I already knew from reading Regency romances for decades, that turtle soup was considered de rigeur to serve at fancy dinner parties in England from the 1750s through the Regency era. I didn’t know what went into making it, or that turtle soup was a particular favorite of U.S. President William Howard Taft (President from 1909-1913). The Twentieth Century Cook Book written by Maude C. Cooke and published in 1905, contains at least 4 different turtle recipes – stewed, baked, or in a soup. Turtles eventually became over-fished in both the United States and England, and turtle dishes became less popular, gradually falling almost completely out of general favor (for which I am thankful).

Thus ends my foray into old recipes. At this point, my stomach can only handle the thought of dry toast!  You may also want to check out Planning a Christmas Holiday Menu – Hits and Misses for some tips.

I went to school for fashion design and we studied a lot of the former fashions. Great article, Anita. Thank you.