The Stratton Story is Released 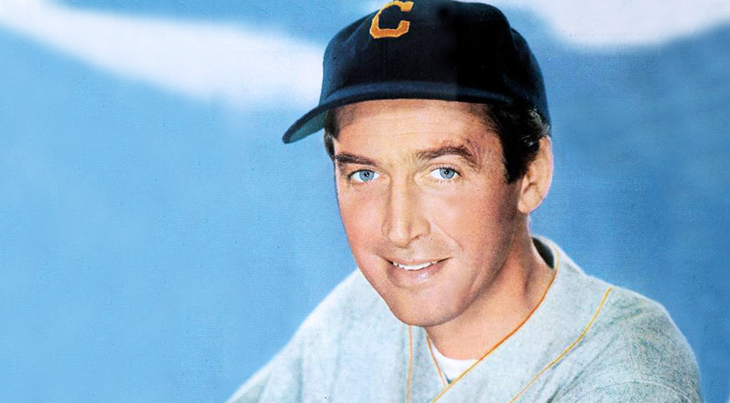 Producer Jack Cummins and director Sam Wood cast James Stewart in the lead role, and paired him with MGM’s perennial leading lady June Allyson. Also in The Stratton Story are actors Frank Morgan, Agnes Moorehead (as Stratton’s mother), Bill Williams, and Robert Gist. This film was Sam Wood’s last directing effort; he was 66 years old when he died of a heart attack a few months after the movie was released, in September 1949.

MLB scout Barney Wile (played by actor Frank Morgan) sees talent when a lanky pitcher successfully tries out at the Chicago White Sox spring training camp. Between 1934 to 1938, White Sox pitcher Monty Stratton compiles the best right-handed pitcher stats in MLB, with a 37-19 won-loss record. A Texas farmer when he’s not on the baseball field, Stratton is hunting rabbits one day and accidentally shoots himself. He loses his right leg when it’s amputated in order to save his life. An embittered Stratton struggles with recovery and learning to walk again, helped by a wooden leg and his patient and persevering wife Ethel (June Allyson). 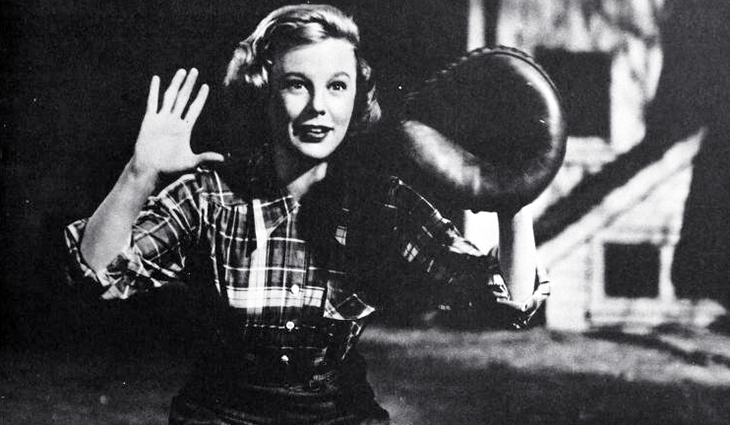 In 1946 Monty Stratton is well enough to make a professional minor league baseball comeback and continues playing until 1953. 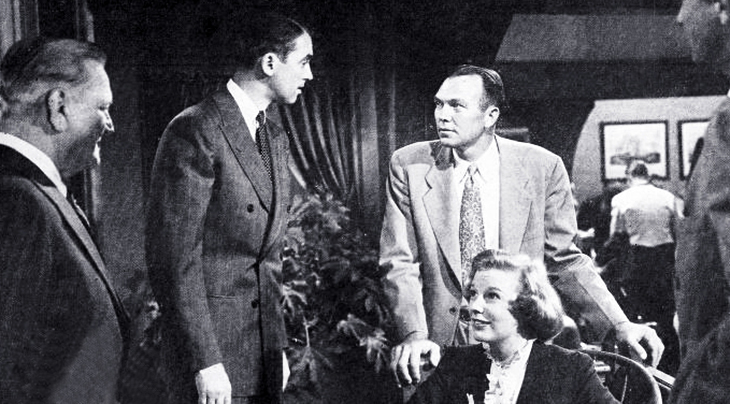 Successful actress Agnes Moorehead’s first marriage to struggling actor John “Jack” Lee was already unhappy when she filmed The Stratton Story. It ended in divorce proceedings that began in June 1949, the same month the film was released. Author Axel Nissen (The Films of Agnes Moorehead, 2013) says that the final straw came when Jack Lee came home to find another man sitting at his dinner table; and that the man was most likely find Robert Gist, one of her co-stars in The Stratton Story. Moorehead moved out; she was 52 when she married Bob Gist in 1953; Gist was 17 years younger. The couple divorced in 1958 and neither of them ever remarried.

The Stratton Story was only the third film and second credited movie role for actor Robert Gist, whose acting career started on stage and radio. Gist later appeared in two other James Stewart films, The Jackpot (1950), and The FBI Story (1959), and went on to have a long career as an actor and director of other films and television (Peter Gunn; Naked City).

A historic milestone was reached when Harvard University celebrated the graduation of it’s first female medical school students on June 23, 1949. When these first 12 women graduated, it was the culmination of over 100 years of debate over whether or not to admit women to Harvard’s prestigious medical school.

Harvard University’s timeline reflects that the first women began requesting admission to their medical school and attend lectures, in 1847. The request was denied, with the applicant (doctor Harriot KIezia Hunt, a physician since 1835) commenting:

“When civilization is further advanced, and the great doctrine of human rights is acknowledged, this act will be recalled, and wondering eyes will stare, and wondering ears will be opened, at the semi-barbarism of the middle of the nineteenth century.”

Hunt applied again to Harvard in 1850, and the board determined she could attend the lectures but not enroll as a student – a plan that was failed due to orotests by other Harvard Medical School students over Harriot and three black students being admitted to lectures.

In 1866 two more women applied for admission to Harvard (both already graduates of other medical colleges), and were denied entry by the dean. The following year, another two women requested entrance, and after being turned down, put in a request the next year as well.

Harvard Board member Dr. E.H. Clarke’s book Sex in Education; or, A Fair Chance for the Girls was published in 1873. The text includes Clarke’s prediction of the outcomes if women were educated:

Even the dearth of candidates for Harvard’s medical school during WWI wasn’t sufficient to change the minds of male med school students. The board had voted to begin allowing instruction of women with the proviso that their MD would come from Radcliffe. The male students protested that granting such an intellectual achievement to women cheapened the honour for men. The plan to admit women was scrapped again.

Harvard appointed a female professor of industrial medicine in 1919, but refused to allow her entry to the Faculty Club, participation in commencement ceremonies, or give her tickets to football games. In 1940, Harvard’s first pediatrics instructor was a female, Dorothea M. Moore; but still, no women students were allowed at Harvard.

Although the faculty voted overwhelmingly to recommend to the University boards that women be allowed to enter the school in 1943 while World War II was raging, the board refused to make any changes to their admissions policies. More votes followed, and finally, in September of 1945 Harvard accepted it’s first female medical school applicants.

Only twelve women doctors graduated from Harvard four years later with their medical degrees. Just over seventy years later, half of the medical school graduates from Harvard are women.

Orwell’s futuristic dystopian novel 1984 was published on June 8, 1949, and has become a modern classic; often assigned as required reading in school. Despite it’s depressing outlook, Nineteen Eighty-Four was critically acclaimed by many reviewers when it was published.

In Orwell’s imagined 1984, the world is at war, and in chaos due to government propaganda and surveillance. Great Britain is now Airstrip One and the “Thought Police” of the ruling party are persecuting independent thinkers and repressing individualists. A cult of personality follows a leader called “Big Brother” who may not exist…and so on. The protagonist / hero of 1984 is Winston Smith; Julia is his lover, and O’Brien is an Inner Party member posing as a member of The Brotherhood. 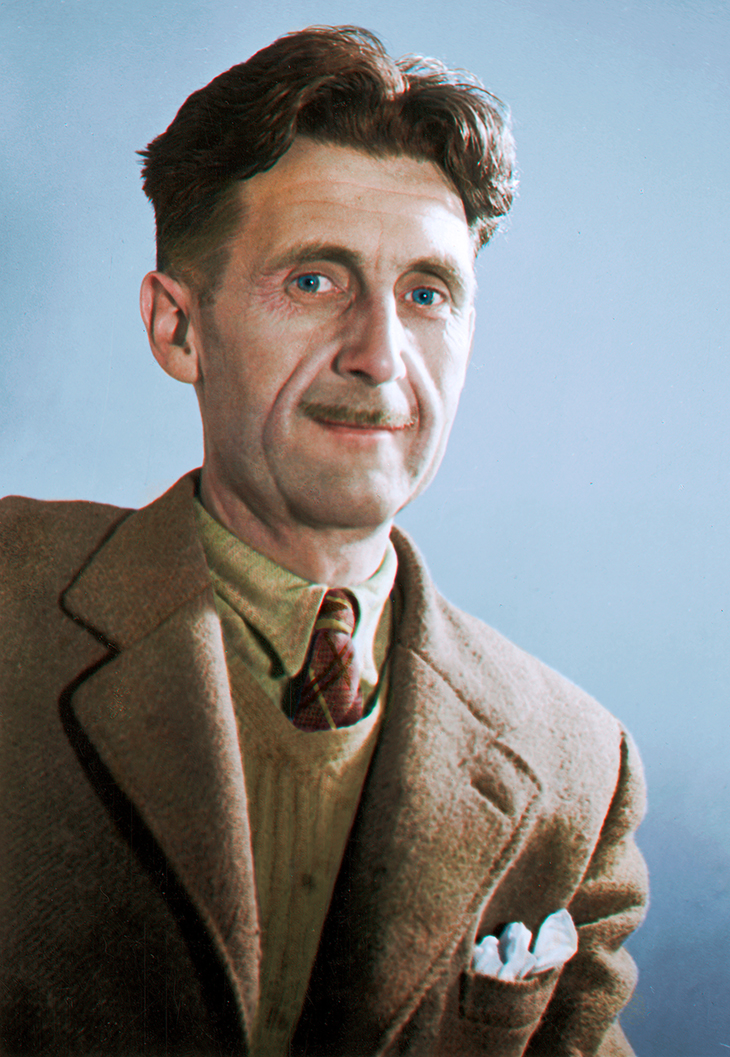 He published 8 earlier books before Nineteen Eighty-Four, including another novella considered a classic today – Animal Farm (1945). Animal Farm had been published the year after Orwell and first wife Eileen O’Shaughnessy adopted an infant son (Richard); and only five months after Eileen died unexpectedly during a hysterectomy operation.

George Orwell contracted a serious illness in late 1947 while in the midst of writing 1984, and was diagnosed with tuberculosis. He recovered sufficiently to be able to finish the manuscript for Nineteen Eighty-Four in 1948, but was still quite ill. Orwell traveled to a sanatorium in early 1949 and his health improved slightly.

After Nineteen Eighty-Four was published in June 1949, George Orwell became engaged to Sonia Brownell (said to be the model for the heroine of 1984, Julia). He was moved to London’s University College Hospital, and it was from his hospital room that he married Sonia in September. Nineteen Eighty-Four would be Orwell’s last published book; he died of a burst artery in his lungs on January 21, 1950 at the age of 46.

Nineteen Eighty-Four has inspired several television and radio episodes, plays, and feature films, including these movies: