50+ World > Entertainment > Biography > Jennifer Warnes, Up Where She Belongs
Biography

Jennifer Warnes, Up Where She Belongs

When she was just 7 years old, budding singing superstar Jennifer Warnes’ father turned down the first recording contract offered to her. She’d go on to star on stage musicals, TV comedy series, and finally hitting the top of the charts as a solo artist and oustanding duet partner of Leonard Cohen, Joe Cocker, and Bill Medley, among others.

1971 was an important year; Jennifer’s fiancee died, and she met and became close friends with Canadian poet and singer-songwriter Leonard Cohen. For the next 40+ years Jennifer Warnes and Leonard Cohen would frequently co-write and perform songs together, and she toured with Cohen in 1972 and 1979, performing as a back-up singer and seizing the opportunity to write songs on the tour bus.

Both Leonard Cohen and Jennifer Warnes talked about each other and their songwriting processes and partnership in this interview.

Jennifer Warnes met boyfriend and bass guitarist Roscoe Beck while touring with Leonard Cohen in 1979. At the end of the tour (she was then 32 years old) she moved to Austin, Texas to live with Beck. It was in Texas that Warnes met Stevie Ray Vaughan, and many others in the Austin & Texas music scene that influenced her music.

Although Roscoe Beck moved with her back to L.A. in 1981, Jennifer Warnes has lived off and on in Texas since then. Before they broke up personally and creatively in 1994, Beck worked with Jennifer and Cohen on the album Famous Blue Raincoat in 1986, and on her 1994 album The Hunter.

Many of Jennnifer Warnes’ songs have been written and/or recorded for television shows and feature films:

Jennifer told Melissa Parker of Smashing Interviews Magazine in 2018, that while she always “known” she’d sing with Joe Cocker, her first knowledge of Bill Medley had been years before they sang together, when she was a teenager.

“My school bus was driving by the Flamingo nightclub in 1962 or 1963 when the Righteous Brothers were playing there, and we used to laugh about it. We’d say, It’s 6:00 in the morning, and the cars are still in the parking lot. It was an all night place that I wasn’t allowed to go into, so I think there was some karma involved with both those guys [Joe Cocker and Bill Medley].”

Jennifer Warnes was extremely close to her mother, who often went on the road with Jennifer on her tours. When her mother died in 2003, Jennifer was profoundly affected and did not write or perform for many years. On her website jenniferwarnes.com, she wrote in 2004:

“I phoned Leonard on the day that my mother died, wanting to talk. “Was that somehow strange, giving one’s life to one’s mother?” Leonard’s response was impeccable: “Jenny, never question where love comes from. We have no control over these things. From a stranger, a mother, a dog, or that perfect mate, it comes from wherever it comes. You were lucky in fact, everyone hopes to find love in the place that you found it.”

Now a senior citizen, in December 10, 2014, Jennifer Warnes posted an update on her website that indicated she’d returned to songwriting and singing in earnest:

“Roscoe Beck, my partner in the creation of our album Famous Blue Raincoat, has returned home from a three year world tour with Leonard Cohen. I am happy to share the news that Roscoe and I are in the very beginning stages of a new album.”

Sadly, Jennifer lost her longtime close friend Leonard Cohen when he died on November 10, 2016 at the age of 82. Despite this loss, the new album Warnes had begun working on in 2014 was released early in 2018. Another Time, Another Place contains this beautiful, reflective single with words of wisdom from Jennifer Warnes – Just Breathe. 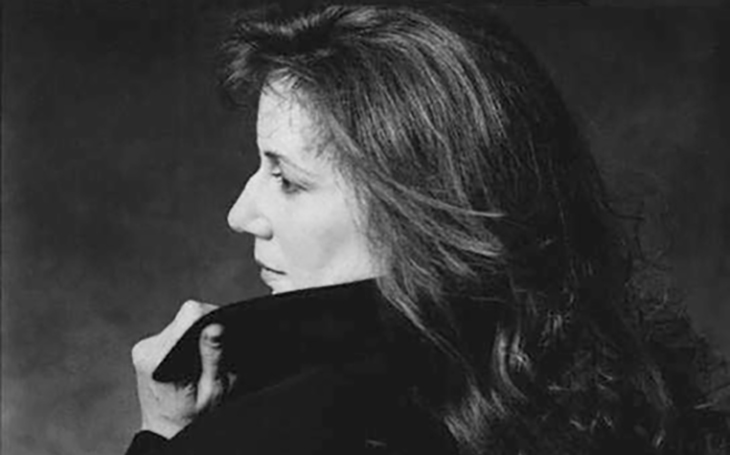 Jennifer Warnes is back up where she belongs.

Note: This article was first publishes in 2015 with the title Celebrating Seniors – Singer Jennifer Warnes, 68. It has been updated with new & additional content.

I first heard Jennifer in early 1977 on the radio during a concert broadcast of her 1976 album. My father had just died and she was singing "Daddy Don't Go". I went out and bought the album the next day. I've been broken hearted that it hasn't gone to CD. I think she is still under recognized as a singer. She's my favorite girl singer, and yes, she's still a GIRL!!!

Love you and your music, since watching you perform with Roy Orbison!!

Belated Happy Birthday. I have been listening to your music since the 1970s. So Good. You have such a lovely range. I sing with a local choral group and your songs are such inspiration to me.

Your voice and songs make me feel happy and thankful for friends and family that I love dearly.

Jennifer for me you were the best interpreter of Leonard's songs as well as one of my favourite singers still ... much love and happiness to you. :)

Hi Jennifer, never got to meet you. My dad was your D.D.S. on Overland Ave. in West L.A., he's in heaven now. Always saw your vinyl record album among the sideways stacked albums below our book case in Los Angeles. Wish you could have come over to babysit me and sing to me, and teach me how to do music. From, Patrick

Famous Blue Raincoat is first on my list of "CD's you would take with you on a deserted island".
Hard to find a more perfect mix of voice, lyric, and music.