Celebrating the 77th birthday of Gary U.S. Bonds with four vintage music videos/performances of his hits: Dance ‘Til Quarter to Three, New Orleans, School is Out, and This Little Girl is Mine (duet with Bruce Springsteen). 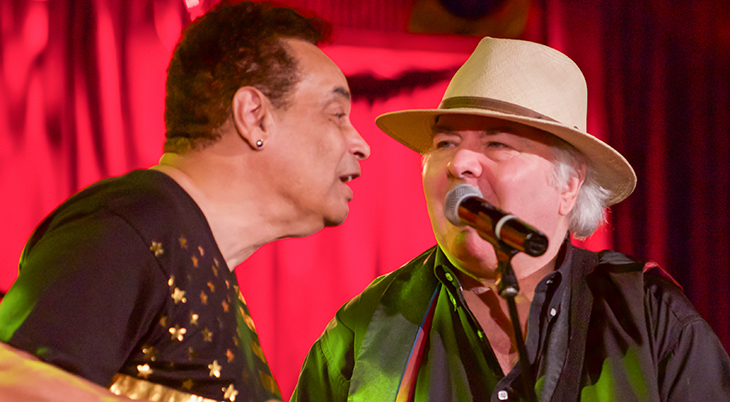 He was signed to Legrand Records, where his producer Frank Guida chose the stage name of Gary U.S. Bonds.

Bonds told The New Yorker in 2014 that he stopped recording and focused on performing live in the mid-1960’s, when the record company wanted novelty songs and it conflicted with his goal of emulating Sam Cooke.

After turning the corner into his 50+ years in 1989, Bonds continued to perform live and returned to the recording studio in 1996, putting out the album Nothing Left to Lose. In more recent years as a senior citizen, he’s released two albums Back in 20 (2004) which once again saw him partnering with Bruce Springsteen, and Southside Johnny; and as a new septuagenarian, the album Let Them Talk (2009). He’s taken a turn acting on friend Steven Van Zandt’s series Lillyhammer in a 3rd-season guest appearance, and dueted on Southside Johnny’s single Umbrella in My Drink.

Now in his late 70’s, Gary US Bonds is still performing onstage showing no signs of retiring; he’s joined by his wife Laurie Anderson and daughter Laurie Anderson Tobias as his backup vocalists.When he’s not singing onstage, Bonds can be found on the golf course playing in celebrity PGA events.