The Heart of Ann Wilson Will Go On

Singer-songwriter Ann Dustin Wilson and her younger sister Nancy grew up in Seattle, Washington in a musical family that loved to sing. After the incredible albums and hit singles, kicking drug abuse problems into the past, weight gain and weight loss, Ann Wilson is still singing, 70+ years since she first entered this world. 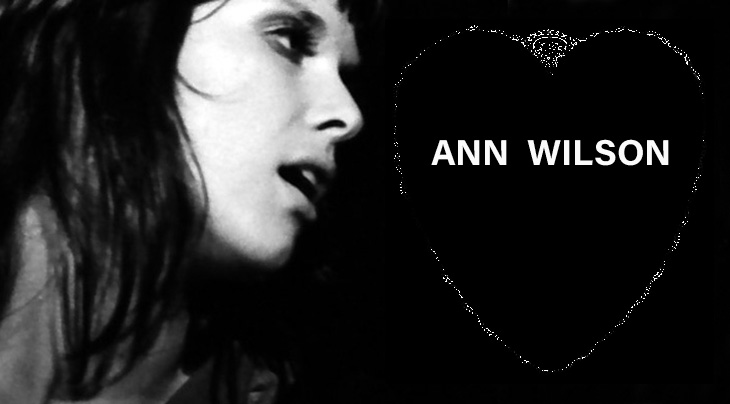 Ann Wilson of Heart was born on June 19, 1950 in San Diego, California.  As a child in elementary school and high school, Ann was overweight and stuttered because “there was just something inside of me that was so scared,” she said on a 2011 interview on The Talk television show. Ann told The Stuttering Foundation how singing saved her:

“I had a lot of kids making fun of me in school, so that made it worse. Reading out loud in class was a nightmare…I just couldn’t make a fluid sentence so when I started to sing and suddenly this unbroken air… and gradually it just kind of smoothed out.“

After graduating high school in 1968, Ann Wilson sang with several Seattle bar bands. A local band (at times called either White Heart or Hocus Pocus), founded by guitarist Roger Fisher and bass guitar player Steve Fossen, advertised for a lead singer in the early 1970’s, and when Ann auditioned, she was immediately hired.

Love struck when Roger’s older brother Mike Fisher came to Seattle on a clandestine visit to see the band play; Mike was a draft dodger hiding out in Vancouver, Canada. Ann Wilson’s song lyrics for Magic Man are about Mike Fisher and the beginning of their relationship.

As detailed in the Magic Man lyrics (video above), Ann Wilson told Rolling Stone magazine that she followed Mike Fisher back to Vancouver where they lived together on a hippie commune. The rest of the band members soon moved to Vancouver as well, so Mike could manage the band and Ann could sing in it.

When Ann’s younger sister, guitarist Nancy Wilson, joined the band in 1974, the band’s name was changed to Heart.

It didn’t take long for Mike’s younger brother and Heart’s lead guitarist Roger Fisher and Nancy Wilson to also fall in love. Both relationships would endure through most of the 1970’s and Heart’s early success.

Heart’s first album Dreamboat Annie was recorded and released by Vancouver’s Mushroom Records in 1975. It included the hit single Crazy on You, which was also about Ann and Mike’s relationship. Crazy on You hit #35 in the U.S.

For many Canadian baby boomers fans, Dreamboat Annie and the bands sojourn and beginnings in Vancouver, are why Heart is often perceived as a Canadian band.

Nancy and Ann Wilson of Heart perform Crazy on You live in 1977 on Burt Sugarman’s The Midnight Special.

After almost 8 years of living in Canada, Ann Wilson and the rest of Heart moved back to the U.S. in 1977 when Mike Fisher was pardoned for draft dodging.

Heart’s third album Little Queen (with new label Portrait) was released that year, and included the hit Barracuda, which was “written in anger” by Ann Wilson after a man dissed both her and Nancy after a concert.

Below, the incomparable Ann Wilson belts out Heart’s hit single Barracuda at the Royal Albert Hall in 2016.

The Heart hit album Dog & Butterfly came out in 1978. By 1979 the love affairs between the Fisher brothers and the Wilson sisters were over, and both couples broke up. Although both Mike and Roger Fisher left the band, Heart continued with Ann and Nancy Wilson as lead singer and guitarist. They recorded albums in the early 1980’s but their number of hit singles was on the decline.

In their personal lives, Ann Wilson was losing her struggle with weight. In Heart’s 2012 biography Kicking & Dreaming: A Story of Heart, Soul and Rock & Roll, it was revealed that throughout the 1970’s and early 80’s, Ann Wilson had at times starved herself to say thin, and used cocaine as an appetite suppressant.

Meanwhile, Nancy Wilson had begun dating Cameron Crowe, the screenwriter and director of Fast Times at Ridgemont High (1982) and The Wild Life (1984); Nancy had a cameo in each movie and they would later marry (1986).

Heart moved to a new label and released their “comeback” album, Heart, in 1985. Despite success with this album, and singing songs for movies such as Footloose (1984), The Golden Child (1986) and Tequila Sunrise (1988), Ann Wilson was not happy. Other band members and their record company pressured her to lose weight and made her wear elaborate costumes on stage to try and minimize her weight.

During their 1987 Bad Animals album tour, Ann Wilson started to have stage fright and panic attacks, triggered by negative publicity around her obesity and an increased use of cocaine. Her alcohol consumption was also a problem.

Nancy and Ann Wilson sing an acoustic version of Heart’s hit single Alone from the Bad Animals album, in 2002.

Heart continued to release albums and tour through the 80’s and early 1990’s, albeit much less frequently. Ann and Nancy Wilson had formed another acoustic group called The Lovemongers in 1990, which they also performed with.

Ann had become a single mother via adoption (daughter Marie in 1991 and son John “Dustin” in 1998), and kicked her drug habit to the curb. Nancy wanted to start her own family with husband Cameron Crowe; she was 41 and undergoing fertility treatments which were hard to schedule around performances. Nancy and Cameron Crowe eventually had twin sons via a surrogate in 2000; they’d end up separating in 2008 and divorcing amicably in 2010.

Heart officially broke up in 1995. Ann and Nancy started the Bad Animals recording studio in Seattle, performed and recorded sporadically together as The Lovemongers, and as solo acts. In January 2002 Ann had gastric band surgery to help her lose weight, and that same year Heart re-formed with new backing band members.

In the last 20-odd years since then, Heart has released 4 albums and have toured with other bands, including Journey. Ann Wilson overcame her alcohol addiction with treatment in 2009, after collapsing and being diagnosed with liver problems (her drinking had increased after she adopted her daughter and gave up drugs).

Ann and Nancy Wilson collaborated on the children’s book Dog & Butterfly (2009) and toured together to promote the book. 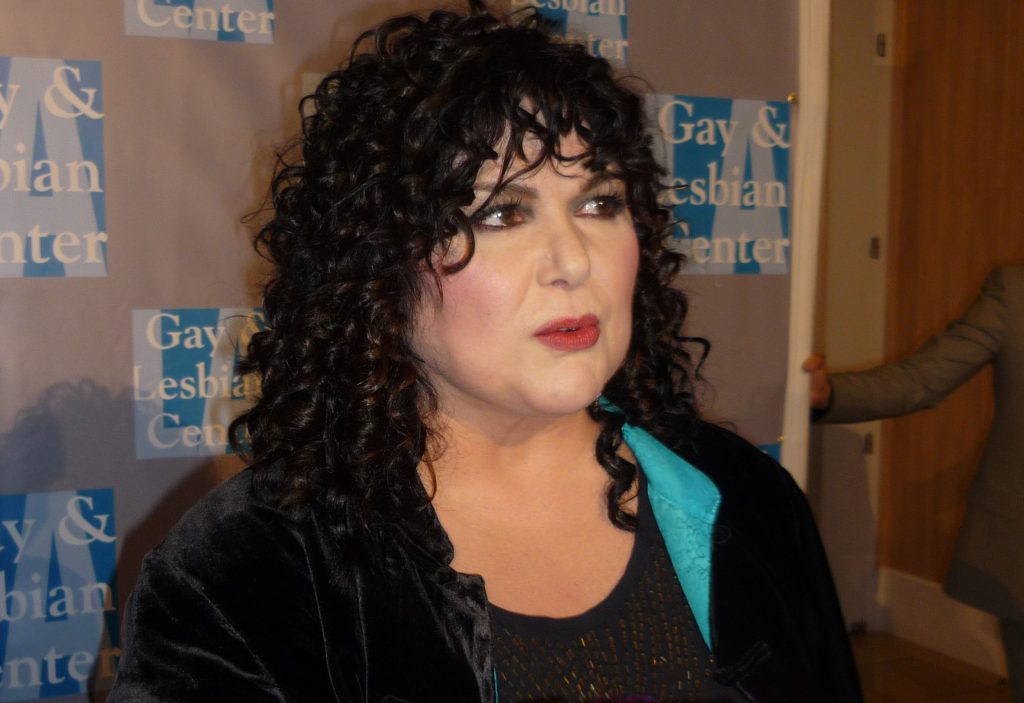 Drummer Jason Bonham, son of the original Led Zeppelin drummer John Bonham, played drums with them for the show; he later brought his band the Led Zeppelin Experience along with him to accompany Heart on their 2013 Heartbreaker tour. 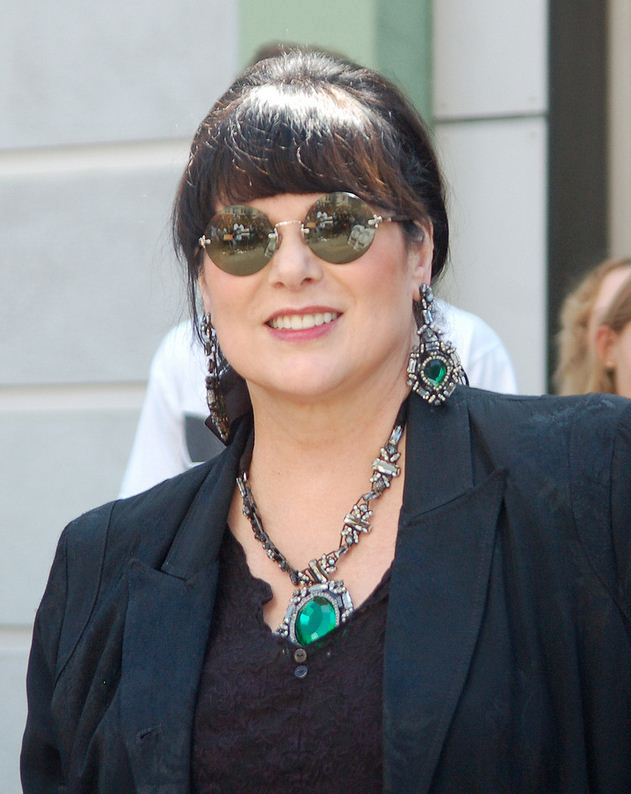 Today Ann Wilson at 70+ years of age is a wiser, stronger woman than that young girl with the powerhouse voice who took on the world. Heart was inducted into the Rock & Roll Hall of Fame in 2013, and Ann married Dean Wetter in 2015. She told People magazine that:

“Dean and I first met in the ’80s and went on a date where we both got smashed and I tried to seduce him. Like the gentleman he is, he declined. Years passed, we got back in touch after we had both grown up, and Pow! – It worked! Did it ever!”

Ann and Nancy Wilson toured as Heart with fellow female rocker Joan Jett in 2015. The following year, Nancy’s twin 16-year-old sons left the door to Dean’s RV open. Dean was subsequently charged with assaulting them while Ann and Nancy were performing to promote their latest Heart album Beautiful Broken (2016). As a result of this fracas, the sisters went their own ways for a few years.

The Wilson sisters reunited as Heart in 2019 and began a concert performance tour, their last before COVID-19 imposed another enforced hiatus from touring.  I was fortunate enough to hear Ann Wilson as a solo act in Toronto that summer. Time has had an impact on her ability to sustain the power on the higher notes, but the ability of her voice and lyrics to uplift listeners, has not dimmed.

Not even a pandemic can put a halt to Ann Wilson’s creative drive. Her new 2021 single Tender Heart is a beautiful ballad, and speaks to her earned wisdom as a veteran of the battles of love, self-hate, and loss.

Fans of the band will be glad to hear that Wilson told The Washing Post a Heart biopic is in the works with writer Carrie Brownstein (Portlandia TV series screenwriter) attached to the project. There’s no doubt that one way or another, Ann Wilson’s Heart will go on.

Note: This article was first published in 2015 as a two-part series titled Celebrating Seniors – Heart’s Ann Wilson Turns 65. It has been updated with new & additional content.