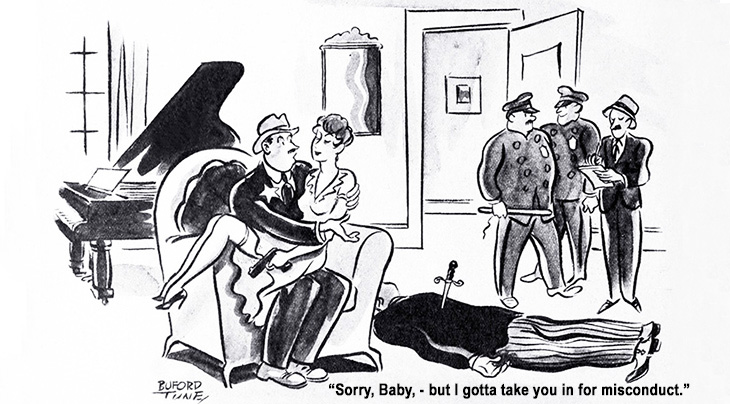 A Texas native, Buford Tune (born Aug. 26, 1906) is best known for taking over illustrations for the Dotty Dripple comic strip from Jeff Keate and Jim McMenamy, a few months after it was created by them in 1944.

Prior to working on Dotty Dripple, Buford Tune illustrated the syndicated comic strip Doings of the Duffs from 1928 to 1931.

The creator of Doing of the Duffs was one Walter Allman, c. 1914, and the strip was continued after his death first by cartoonist Ben Batsford in 1924, until Tune took over in 1928. 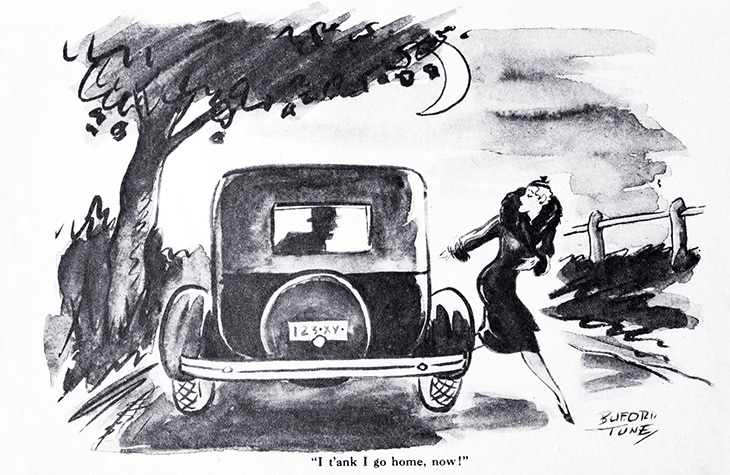 From mid-1931 through mid-1934, Buford Tune was a contributor to the Baloonacy cartoon section in the monthly Broadway and Hollywood “Movies” fan magazine. 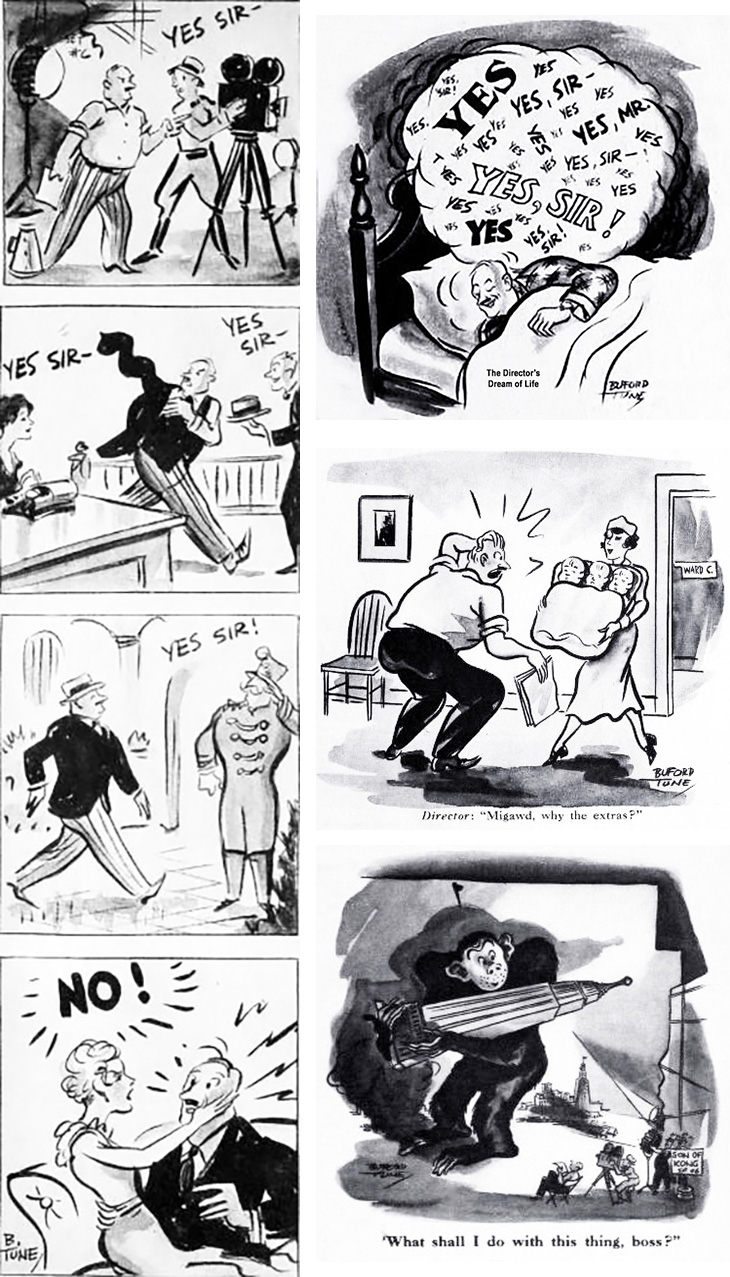 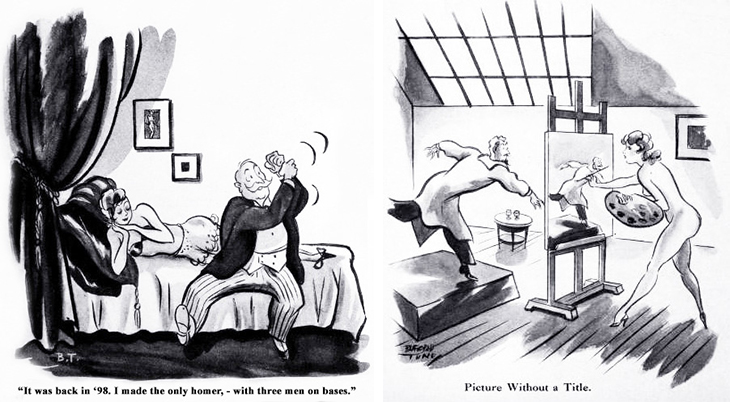 They were quite often “racy” by standards of the day (and today too, sometimes). 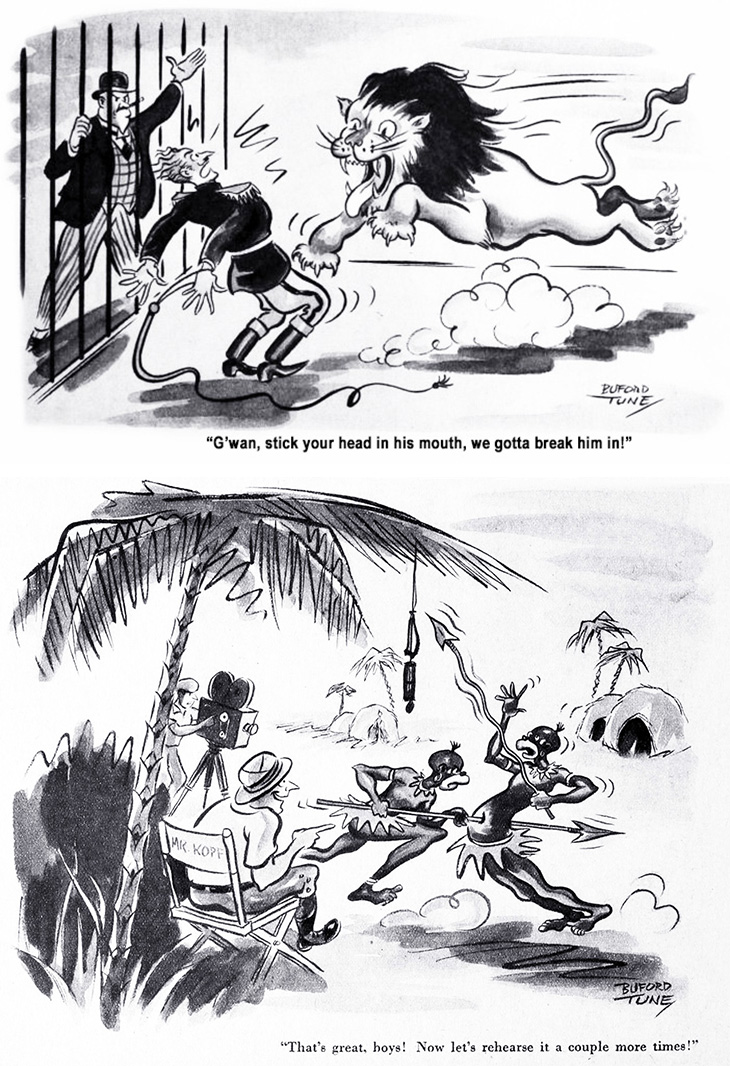