5 vintage videos from Little Anthony & The Imperials – Tears on My Pillow, Shimmy, Shimmy, Ko-Ko-Bop, I’m on the Outside Looking In, Goin’ Out of My Head, and Hurt So Bad – to celebrate Little Anthony’s 75th birthday today. 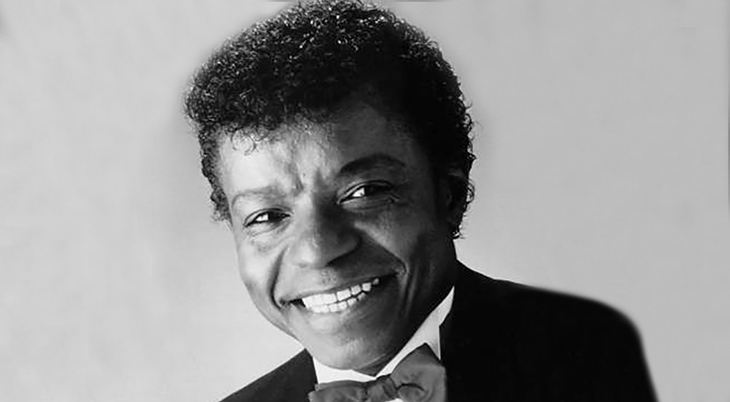 The lead singer of the R&B, soul & doo-wop group Little Anthony & the Imperials was born January 8, 1941 in Brooklyn, New York. Jerome Anthony Gourdine was born into a musical family with his gospel singer mother, singer/saxophone playing father, and 3 brothers all involved in music.

According to the Little Anthony & The Imperials website, Gourdine did some acting as a child, but while still a teenager in high school it was music that became his focus. He was first the lead vocalist for local bands the Duponts, and then The Chesters.

The Chesters, founded by Clarence Collins and now with Gourdine as lead singer, recorded the hit song Tears on My Pillow in 1958. The nickname “Little Anthony” was coined by D.J. Alan Freed. Little Anthony’s 55+ year career in the music business was well under way.

Below, a live performance of Tears on My Pillow by Little Anthony & The Imperials with an introduction by Dick Clark, in 1960.

In 1959 the Chesters changed their name to Little Anthony & The Imperials and their single Shimmy, Shimmy, Ko-Ko-Bop had over 1 million sales:

In 1961 Little Anthony Gourdine married Judy Fouseca for the first time; the couple had their first son when he was only 19. They had two sons together – Andre and Tony –  before divorcing in 1963. They reunited in 1964, the same year that Little Anthony & The Imperials changed their record company. Over the next 11 years the band enjoyed a string of hit songs and numerous live television appearances on The Ed Sullivan Show, American Bandstand, Merv Griffin, and other music specials.

Little Anthony and Judy Fouseca remarried in 1967, eventually moving from New York to Los Angeles, California in 1971, before divorcing again in 1974. By this time Gourdine also had two daughters, Antoinette and Liza.That same year Gourdine met his second wife Linda, a teacher and twin sister to Brenda (married to the Imperials bandmate and founder, Clarence Collins). Linda married Anthony Gourdine soon after.

In 1975 Gourdine left the band to focus on acting and a solo singing career, achieving some success over the next 16 years as singer Little Anthony and actor Anthony Gourdine. Gourdine appeared in television shows (The Jeffersons), commercials and stage plays. A role in the big-screen movie Contact 303 starring Henry Fonda and Billy Dee Williams failed to help him realize his big break, as the movie was never released by the studio.

Anthony Gourdine became a born-again Christian in 1978 and has performed Christian music in concert and on albums. It wasn’t until 1992 when Gourdine was in his 50+ years that Little Anthony & The Imperials would reunite. They began with a concert in New York, then toured, performed as regulars in Las Vegas at Caesar’s Palace, and recorded new albums.

Today, septuagenarian senior citizen Anthony Gourdine and his wife Linda live in Las Vegas, Nevada. They have been married for more than 40 years and have had 5 children, one of whom died 13 years ago. Their remaining children – sons Damon, Casey, Daniel, and daughter Sarah – are now grown and either working or in school.

Little Anthony Gourdine had this to say to Grand Magazine in 2014 about his biography Little Anthony: My Journey, My Destiny (2014).

“I wanted readers to see that you can look at your life and see you’ve survived and you’ve flourished, even when you thought you weren’t going to make it.“ 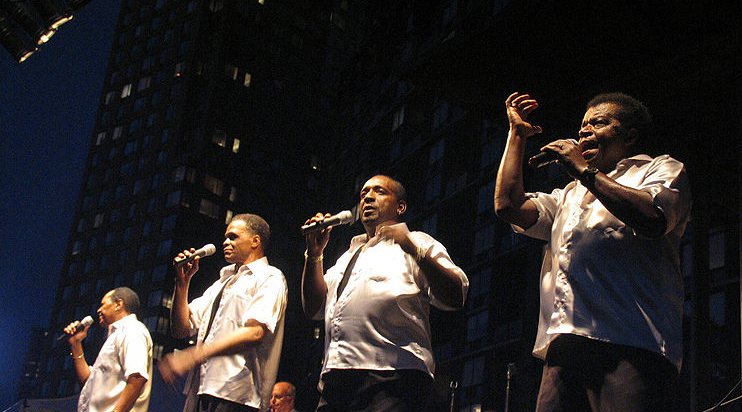 Little Anthony & The Imperials toured in 2015 with remaining original members and seniors Little Anthony Gourdine and Ernest Wright in place; Clarence Collins retired in 2012 due to aging & health concerns. When not on tour, Gourdine golfs, and occasionally appears in stage plays or a one-man show promoting his biography.

Little Anthony and the Imperials were my heart. I could look and listen to them all day and night. When I first heard Little Anthony sing, oh my, I thought I was in "LOVE". I was 14 years old and knew that I had to meet him, but I never did. Seeing them now brings back memories that I had forgotten all about and they still look good. I always wondered if you were married and now I know. Congratulation Linda you have a very talented man and I wish I had met him just once. I am so glad that all found the Lord and He has kept you and the Imperials through all your engagements. I love the way the group dresses and your style is unique and it look good on Little Anthony and the Imperials. Keep on singing until the Lord say, STOP. I love you all then and I admire and love you all now after all these years.

Little Anthony, I have always been a fan. My deceased dad. Winford Lee from Camden, and Elizabeth City NC always stated that we were kin. Trying to collect all your music. Would Love for my family, and to I see your shows. Will get your biography. Winfort R. Lee Richmond Va

I was probably younger than most of your fans but discovered you at the same time as Dionne Warwick. I have had just one record, Goin out of My Head, but LOVED YOUR VOICE.
I was 14 in '64 and the Beatles, Rolling Stones and the British wave of musicians took over the waves. None of my friends ever spoke of you. I did not know what became of you. And toady while listening to my one album, I investigated on the net and found you had an amazing life with many children and persistence in marriage.

I wanted to reach out and say what I heard in your voice was GOD: creativity and truth, but mostly love. And I am so grateful that a white girl in Kentucky was so affected for life by you. God blesses you, and I do, too.

Though our paths only crossed thru speakers> wanted you to know what your wonderful voice and music meant to me > you helped me to deal with the war in Vietnam and bring me home to the girl I love > when I hear you on the oldies I pick up my step and reminisce > God Bless ?

Little Anthony Gourdine, of the Imperials, I grew up with your music. I am a senior also at the ripe age of 71. Me and my family would love for you and the Imperials to appear here in Richmond, Virginia to do a concert for us Virginians.
You are the best and my favorite music star. Please try to make my dream come true. Happy Belated Birthday to you., My take is you deserve everything that My Lord and Savior has given you and your little family.
If the Imperials cannot join you, then do a one man concert if you will. Always remember there is someone that was raised in Newark, New Jersey is constantly praying for you. Loving you always, my brother-in-Christ.

Come to Washington DC and do the one-man show and sing for us and I guarantee the proceeds will put all of your grandchildren and great grandchildren through college. Your songs are classical music. Love you madly!

Still loving you and your music, Dear Anthony. Same age as you are.