My Grandmother VS Parkinson's Disease

I can’t remember how old I was when I was told that my grandmother had been diagnosed with Parkinson’s Disease. I was very close to my grandmother and, selfishly, was most worried about how long she would live. We were told around 10-15 years. To a kid that seemed like a really long time, but as an adult I now recognize those years can, and will, pass in a heartbeat.

Parkinson’s results when the brain is not able to absorb dopamine – the neurotransmitter that helps to control movement and movement patterns. Often, this presents as tremors, difficulty initiating movement when walking, slowness, and loss of balance. Diagnosis is often by exclusion of other problems, treatment is offered via medication and therapy, and the life expectancy can vary based on many, often unpredictable, factors. Although it can affect people of any age, since incidence and progression of Parkinson’s Disease increases with age, those people most affected by Parkinson’s are mature adults age 50+, and seniors.

For my grandmother, her Parkinson’s Disease was not really noticeable for many years. But eventually, her tremors became more pronounced and the ataxic and shuffling gait more obvious as her medications became less and less effective. What seemed to help her immensely though was a positive attitude, stubborn drive to be independent, and the decision to stay active. My grandmother loved jokes, was quick witted, and was always one for a funny story. I remember helping her off the toilet one day and she said “I have the privacy of a goldfish”. She was remarkably independent – my favorite was when she stuck the gum she was chewing to her back-scratcher so she could get a piece of paper off the floor. 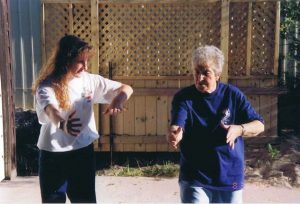 She stayed active by continuing to curl and golf for as long as she could, then turned to water exercises and found Tai Chi. Within a few months of Tai Chi she was raving about how much better her balance and flexibility were, despite making jokes that in her classes she was always the one facing the wrong direction. She was always trying to teach me her moves (photo left, when I was 16); apparently perms, Cotton Ginny Track Pants, and Mickey Mouse t-shirts with your name on them were cool back then. I ended up taking Tai Chi myself in University for a while and we would often share the “art” together.

Yet, despite her best efforts, eventually the disease took its toll. Her desire to be independent resulted in a strong aversion to using a wheelchair which meant several falls that caused two broken hips (six months apart), and a year later a skull fracture and brain surgery. She survived these, but her capacity to physically manage would deteriorate after each event and subsequent hospitalization. Eventually her and my grandfather found a wonderful nursing home that provided many social and recreational outlets for both of them. One day I was visiting her and she told me she had been petting a lama the day prior. I went to the nurse’s station to ask them if she had been hallucinating and they said “no, there was a lama in here the other day”.

But the final display of her true character was the day she died. Told she was in congestive heart failure, she used her walker (forbidden by the family) to walk to the end of the hall where she sat down and passed away on the couch. It was her last display of independence, stubbornness and determination – the traits that had actually allowed her to happily live life “her way” despite Parkinson’s.

While my grandmother had Parkinson’s Disease during a time when it was relatively unknown, it has become better understood and studied thanks to people like Michael J Fox who has turned his diagnosis into a crusade for a cure. I see many similarities between how Michael J Fox approaches his illness and how my grandmother did. Sense of humor and a positive attitude (see his books “Always Looking Up” and “Lucky Man”), and continuing to live his life by creating a new “normal”.

On April 11, 2016, we celebrate Parkinson’s Disease awareness. In the meantime, if you, or someone you know has been diagnosed with Parkinson’s disease, stay informed. Contact the Parkinson’s Society of Canada for local supports and information. Stay active in your community through modified programs, Tai Chi , or even Dance for Parkinson’s offered through the National Ballet School or locally at places like the Hamilton City Ballet.

And consider – if you or someone you know – regardless of age, from children to 50+ adults and senior citizens – and has Parkinson’s (or any disability for that matter) and needs creative and proactive strategies for managing well at home and in the community, consider calling an Occupational Therapist. We can, through education and equipment, help you or them to manage as safely and independently as possible. 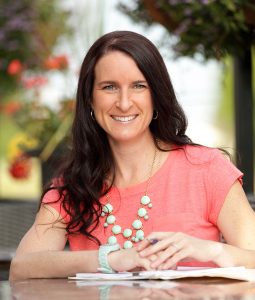 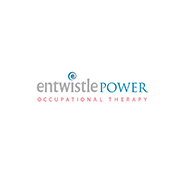 Disclaimer: The opinions presented in this post are generalized and do not negate the need for an occupational therapy assessment to outline specific functional impairments and solutions for any one client

Julie Entwistle, MBA, BHSc (OT), BSc (Health/Gerontology) Julie can be reached at Entwistle Power Occupational Therapy, 1425 Cormorant Road, Suite 301, Ancaster ON L9G 4V5 T: 866-683-0345 E: office@entwistlepower.com W: entwistlepower.com Disclaimer: The opinions presented in this post are generalized and do not negate the need for an occupational therapy assessment to outline specific functional impairments and solutions for any one client